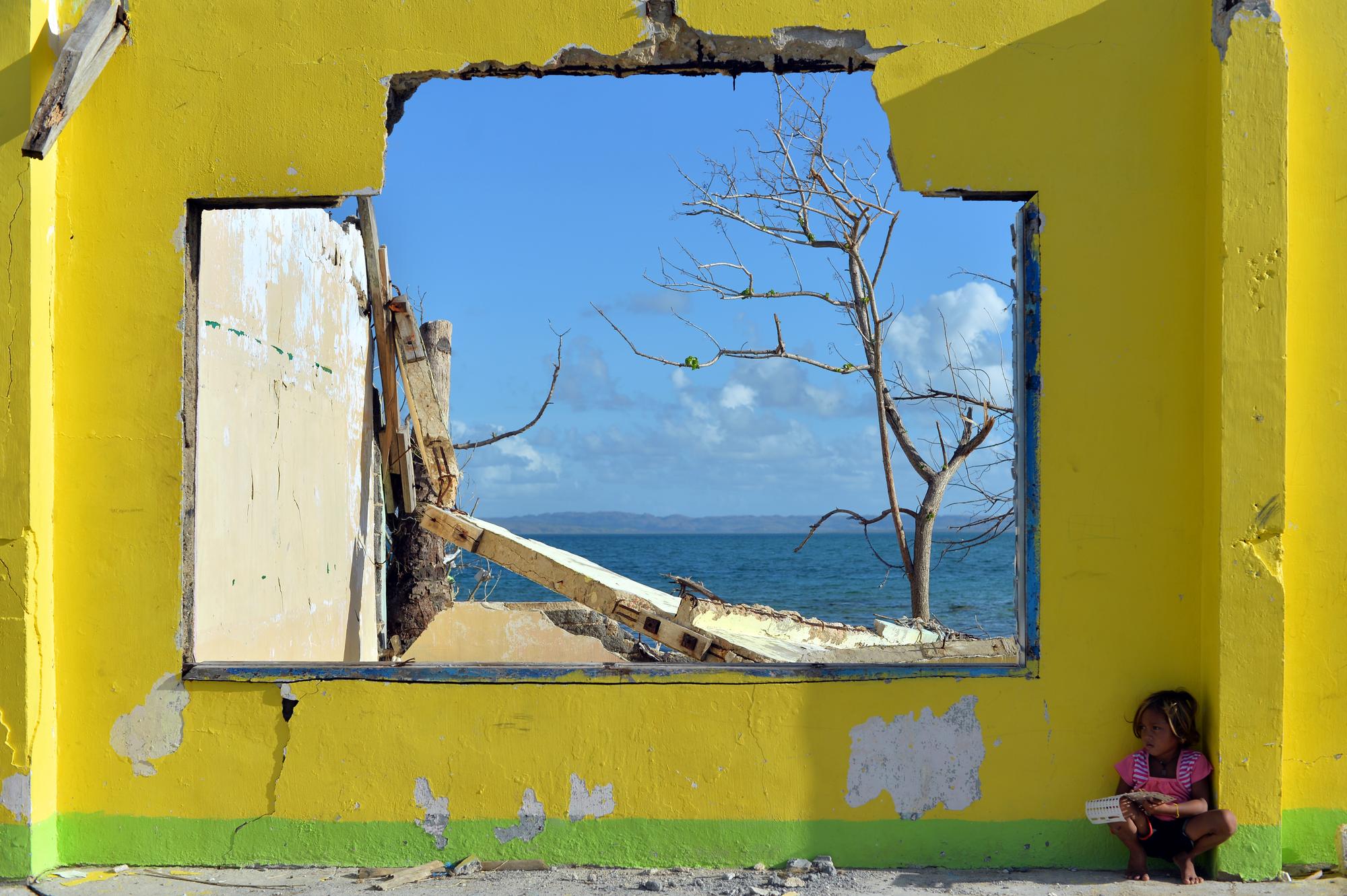 Three months after Typhoon Haiyan hit the Philippines, affecting 16 million people, emergency teams from Médecins Sans Frontières/Doctors Without Borders (MSF) report that although the relief effort is well underway, the recovery will take a lot longer.

“The waste which filled the streets directly after the typhoon is now nearly all cleared away,” says Foura Sassou Madi, Head of Misson in Tacloban where MSF is running an inflatable hospital.

“Electricity and water are available, shops, businesses and schools are open.  Some homes are being rebuilt and temporary shelters are being created for those who were made homeless by the typhoon.”

“Though people are trying to get back to normal, they are starting to realise that normal is just not there anymore,” explains Alexander Buchmann, emergency coordinator in Guiuan where MSF is running a 60-bed tent hospital.

“In Guiuan, there isn’t anybody who wasn’t affected by the typhoon. People lost their homes, their jobs, their loved ones  –  these scars will take a long time to heal.”

Exposure to the elements, severe burns, and everyday illnesses

In the three months that MSF has been working in the Philippines, the medical needs have evolved. MSF’s team in Guiuan report that after an initial surge of cases following the typhoon, the health situation has stabalised.

“There is still a link between some of the cases we are treating and the typhoon,” explains Buchmann. “People are more exposed to the elements, so we are treating high numbers of respiratory tract infections and skin infections. We also see patients with chronic conditions who lost their medication.

Patients need treatment for everyday health problems – people do not stop being ill because their lives have been turned upside down by a natural disaster.”

MSF’s medical team in Tacloban is also treating people who have been injured as they try to rebuild their homes, “We are seeing lots of lacerations from nails and galvanised iron on hands and feet,” explains Dr Emma Clark in Tacloban. “I also had two patients with severe electrical burns after they carried galvanised iron which came in contact with hanging electrical wires.”

Children have also been injured whilst playing on and around debris and on construction sites. Parents are also bringing in babies and children for treatment for respiratory and gastrointestinal infections, which are the result of people living in crowded conditions in evacuation centres and shared houses.

“We had a horrific case last week,” explains Dr Emma Clark, an ER doctor in Tacloban.

Each week the team in Tacloban treats 2-3 children who have mistaken kerosene, which many people are using for lighting and cooking, for a drink.

Making a difference where its needed

Julie Remy
Over the past month, MSF has adapted its activity according to local needs, gradually withdrawing from areas where the local health system has recovered, or other organisations are working, but staying in places where MSF is still needed.

In both Guiuan and Tacloban, MSF will continue to provide surgery, hospitalised medical care, psychological support, as well as other medical services, until the capacity of the local health service has been restored.

“MSF is still making a real difference here in Tacloban,” explains Sassou. “Every day there are queues for our outpatient department, where 2406 patients were treated last week. Things are not slowing down in our maternity unit or ER and when children went back to school we started a new psychological intervention. Each day there are people coming to see us for care they could not get elsewhere.”

Yann Libessart/MSF
This week, MSF was granted approval for the construction of a temporary hospital in Guiuan. This temporary prefabricated hospital will take patients out of the field hospital tents until Guiuan Hospital, which was damaged beyond repair by the typhoon, can be rebuilt. Once the temporary hospital is built it will be handed over to the local Ministry of Health to run.

“Our emergency tents are not a long-term solution. Through most of January, torrential rain tested the tents to the limit – as well as making people in Guiuan understandably worried that another typhoon was on the way.

Yesterday we started clearing the land set aside for the temporary hospital, and in four months this hospital, which is designed to last for five years, should be up and running.

Getting our patients into this new hospital is the single biggest thing that we can do to improve the quality of care that they receive.”

Alongside tents, cooking materials, food and reconstruction aid, MSF has provided tens of thousands of people with clean drinking water around Guiuan in the east of Samar Island, around Tacloban, Ormoc, Santa Fe and Burauen on Leyte Island, and around Estancia and the northeastern archipelago of Panay Island.
In the past three months, MSF’s emergency teams have:

Emergency teams in Guiuan are busy running dengue prevention and water and sanitation activities, so far they have cleaned 85 wells and distributed 372,800 aqua tabs, which give people clean water.  MSF also distributed food for 11,000 families in the archipelago northeast of Panay Island. In the same area, 14,999 children were vaccinated against measles, and 4,654 against polio.