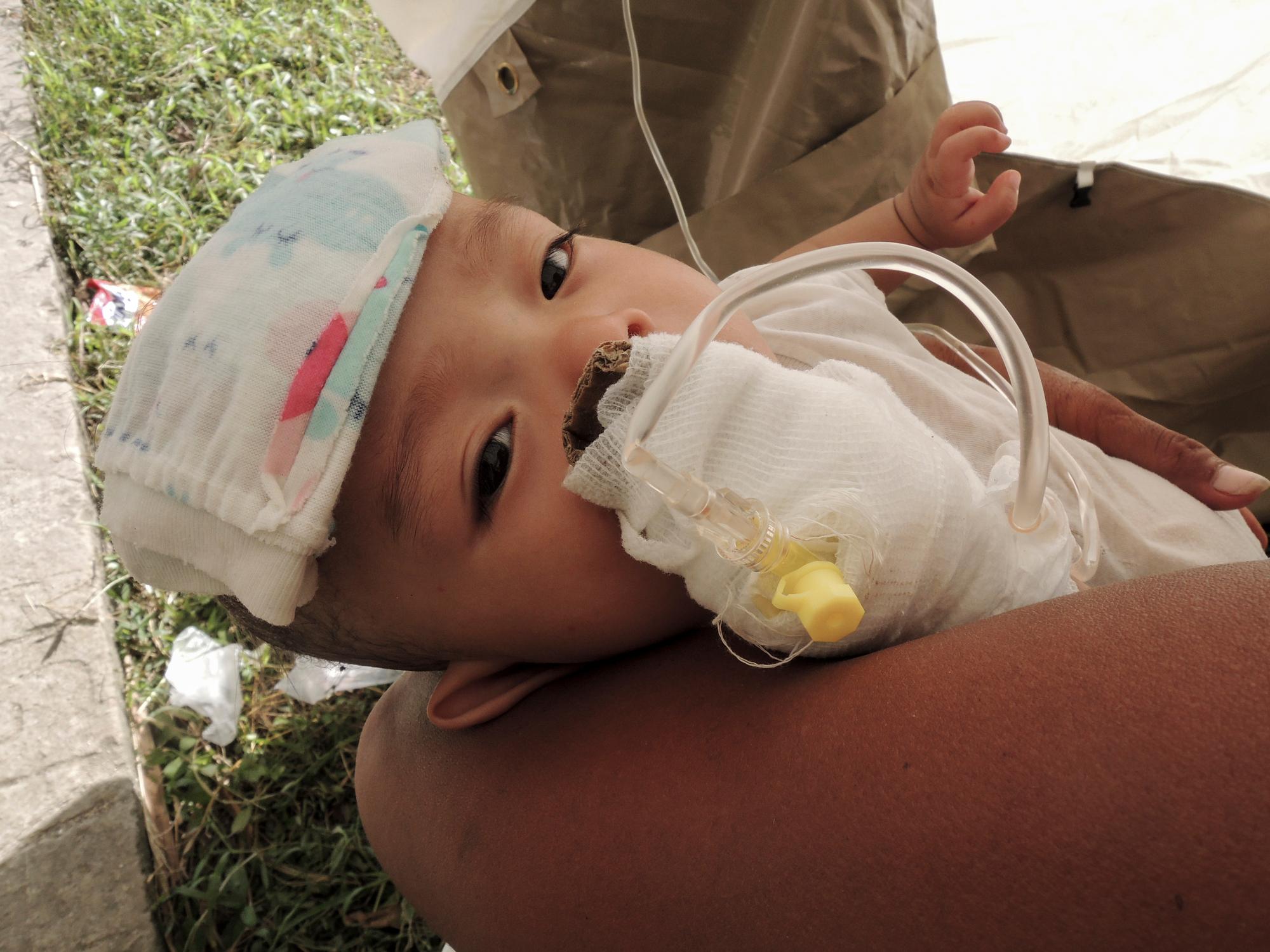 Philippines: 'We have nothing, we lost everything'

Cradled in his father’s arms, five-month old Niño James Padernos cries feebly. He is coughing and has been feverish for two days, with red spots on his face."Niño was soaked in water. We cannot wrap him or dry him as all our things are wet. Two days ago he came down with a fever. It didn’t go away”, says Niño’s mother. “His fever is very high, I am very worried.

We came all the way from Buabua town, one and a half hours away by motorbike from Guiuan town. There is no free health centre near our town; it was destroyed. We have nothing, we lost everything.”

The doctors suspect Niño is suffering from dengue fever, complicated by pneumonia. Dengue, transmitted by the bite of a mosquito, is common in many tropical countries. The dengue-carrying mosquito breeds in pools of stagnant water – in cans, buckets, containers – all items scattered around following the typhoon. 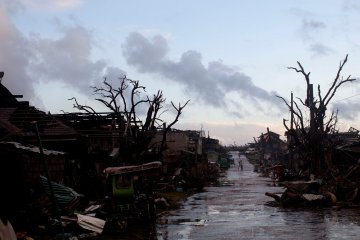 The typhoon wreaked havoc in Guiuan, a town of around 45,000 people in eastern Samar island, hit first by the typhoon. Buildings, houses, trees, crops and the main livelihoods of the community were all flattened. More than a week after the storm struck, Niño and his family live in a makeshift house made of broken wood from the remnants of their destroyed home. Work is hard to find, so when their son became very ill, they searched for free medical care.

“We asked in our town where we could bring our son. We have no money to afford his treatment and he is our only child. The community told us to come here to Guiuan.

They said Medecins Sans Frontieres gives free care and could help us.” 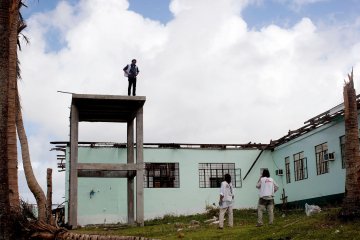 Niño has been admitted to the newly opened 15-bed inpatient ward of Medecins Sans Frontieres’ tented hospital in Guiuan, being set up in the grounds of the destroyed public general hospital. With the roof blown off and medical equipment and supplies drenched by the rains, the hospital was rendered inoperable. The Medecins Sans Frontieres hospital will provide a range of services, including a maternity ward and operating theatre. Eight patients have been admitted so far, including two children with severe dehydration.

Since Medecins Sans Frontieres started its medical activities in Guiuan four days ago, the team has been seeing patients with diarrhoea, measles, coughs, runny noses, infected wounds, and also the more regular examples of daily life such as road accidents. So far, there are only two patients with suspected dengue, but the disease was a problem in the area prior to the typhoon, so the Medecins Sans Frontieres staff is on alert for possible cases.

MSF has increased the size of its tented hospital in the grounds of the Felipe J Abrigo referral hospital in Guiuan from 25 to 40 inpatient beds. The tented facility includes an inpatient department, a delivery room, a maternity unit, an isolation room and a unit for sterilising equipment. The team is doing approximately 400 consultations per day, assisting 1-4 deliveries and carrying out around 80 minor surgeries, mainly for wounds.