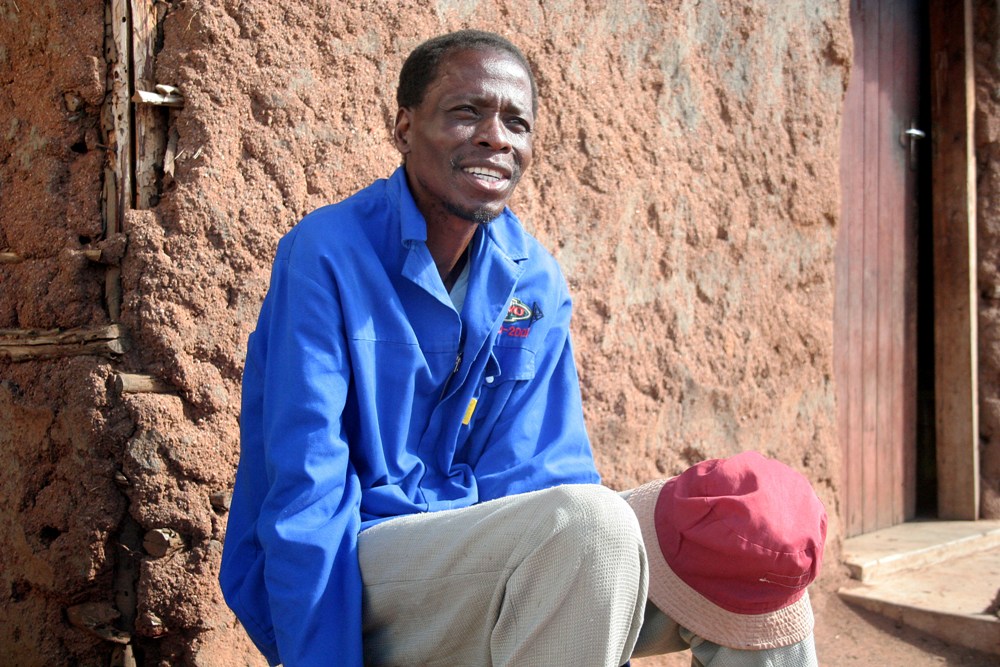 Post 5: Enjoying the World Cup thanks to a second chance at life

Post 5: Enjoying the World Cup thanks to a second chance at life in Swaziland

Jeremiah Thwala reminiscing the past, before he got sick with HIV related infections, including MDR TB.
Country Year © Author/MSF

Jeremiah Thwala reminiscing the past, before he got sick with HIV related infections, including MDR TB.

The Thwala family gathers around the small radio set to listen to the commentary as the FIFA World Cup tournament kicks off. The excitement in the little four-roomed house is so huge, neighbours walking past can almost feel it.

Like millions of soccer lovers around the world, the Thwalas have been looking forward to this momentous occasion for some time now. For them, the World Cup event is all the more exciting because, for the first time in history, the biggest sporting event in the world is taking place in Africa, and even better, in neighbouring South Africa.

Jeremiah Thwala reminiscing the past, before he got sick with HIV related infections, including MDR TB. Photo: Lungile Dlamini/MSF

The Thwala family lives in Jerusalem, a small rural community in the Shiselweni Region, in the southern part of Swaziland.

The small Kingdom of Swaziland is sandwiched between South Africa and Mozambique. It is the country with the world’s highest prevalence of HIV/AIDS, where every one in four people are living with HIV.

For 48 year-old Jeremiah Thwala, the head of the household, the moment is a welcome reprieve from the woes of an illness that he has suffered with for the past two years or so. He cannot help thinking how close he came to missing this historical event when he nearly died due to the killer dual infection of HIV and tuberculosis (TB).

As he looks around at the excited faces of his three children, two teenage boys and a girl, he can only appreciate the second chance he has been given at life.

Antiretroviral (ARV) drugs and treatment for multi-drug resistant tuberculosis (MDR TB) have allowed him to get his life back. Jeremiah is one of thousands of Swazis who are co-infected with HIV and TB (or as in his case, MDR TB which is a much harder to treat and deadlier form of TB).

“ARVs and TB drugs have given me a second chance at life, but it is a pity that my wife did not get this second chance,” he laments.

Jeremiah’s wife, Patricia Masuku, died in 2005 before a diagnosis could be made because the family never sought medical help. They believed that her sickness was a result of witchcraft practices by neighbours in the community.

While many people in Swaziland have died needlessly because of such beliefs, many more are alive today because they now have access to free life-saving HIV and TB treatment at public health facilities.

Jeremiah, who is currently unemployed due to his health condition which is slowly improving thanks to treatment, says he has every reason to be forever grateful that he received access to ARVs and TB drugs. He now has the chance to raise his children and see his first grandchild.

For the moment, he can enjoy the match between France and Mexico. A simple pleasure many would take for granted, but one that holds a moment of magic for Jeremiah and his children.