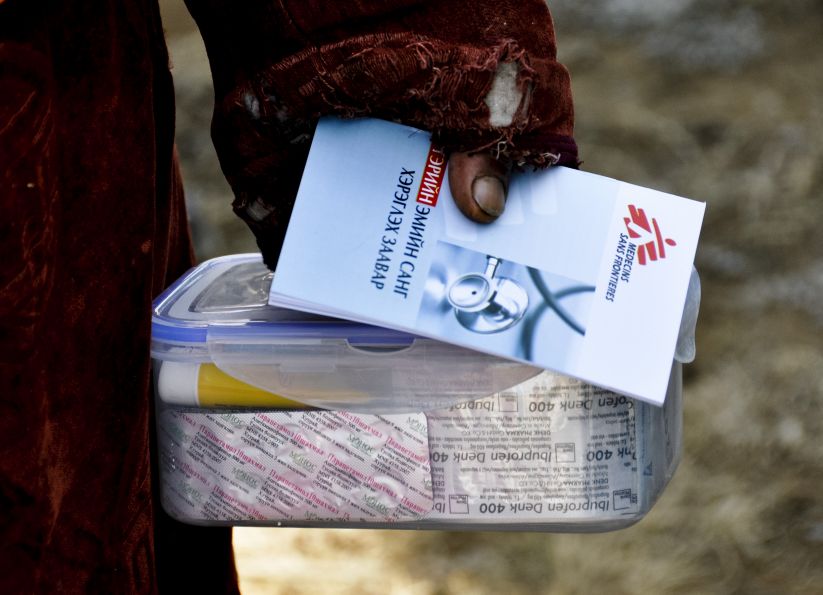 Preparing for winter in a remote Mongolian province

Last year, Mongolia was hit by a devastating 'dzud' – an extremely harsh winter that follows a very dry summer. With heavy snow, and temperatures as  low as -40 to -50C, large parts of the rural population were unable to access any form of healthcare. Hospitals and clinics were damaged, infant mortality  rose significantly and the government declared a national emergency.

The pilot project took place between September and the beginning of November, in Uvs in the northwest of Mongolia, a province where around 70 per cent of the province’s 80,000 people were affected by the “dzud.”.

“Last year’s ‘dzud’ compromised maternal and neo natal health, and in addition, heating systems in health facilities were broken due to heavy use and some local hospitals partially closed,” said Christian Ferrier, MSF’s head of mission in Mongolia.

In winter, access to Uvs is possible mainly by plane, and during the summer the province is a three-day cross country drive away from the capital Ulan Bator. Most people are nomadic herders who live in small groups of isolated “gers,” large tents situated in the rolling grasslands that are covered in snow between November and April. Most make their living from raising goats, sheep, horses, camels, cows and yaks and during last year’s “dzud,” a high percentage of their livestock was wiped out, making many herders destitute, and as a result, more vulnerable to illness this winter.

Five of the 19 counties in the province were targeted for the project, chosen because of their distance from the provincial capital and high levels of under five-year-old mortality during the “dzud”.

In the selected health centres, electricity supply and back up were repaired and window insulation was improved in hospital wards.

“The local level medical officers had varying levels of education and age. Some were in their 60s, but some were in their early 20s, but they were all very enthusiastic and studious,” said Dr Mark Stover, the medical coordinator of the project. “In the trainings we focused on helping the medical officers recognise medical emergencies, and we tried to cover the illnesses that we were told were most common in the winter.

Giving basic first aid kits to the herder population posed a logistical challenge, because many people live in isolated gers and these residents have no mobile phones or landlines.

“In the end, the bush telegraph worked well. Word of mouth about our distributions was how the information was spread,” said Christian Ferrier

Mongolia 2010 © Christian Ferrier MSF
Mongolia 2010 © Christian Ferrier MSF
The harsh winter has now begun in Mongolia, and in the spring, MSF teams will return to evaluate the project. In the meantime, MSF is looking into starting projects in the capital, Ulan Bator, focused on Tuberculosis, as well as the health needs of thousands of families who live in ger shanty settlements on the outskirts of the capital.