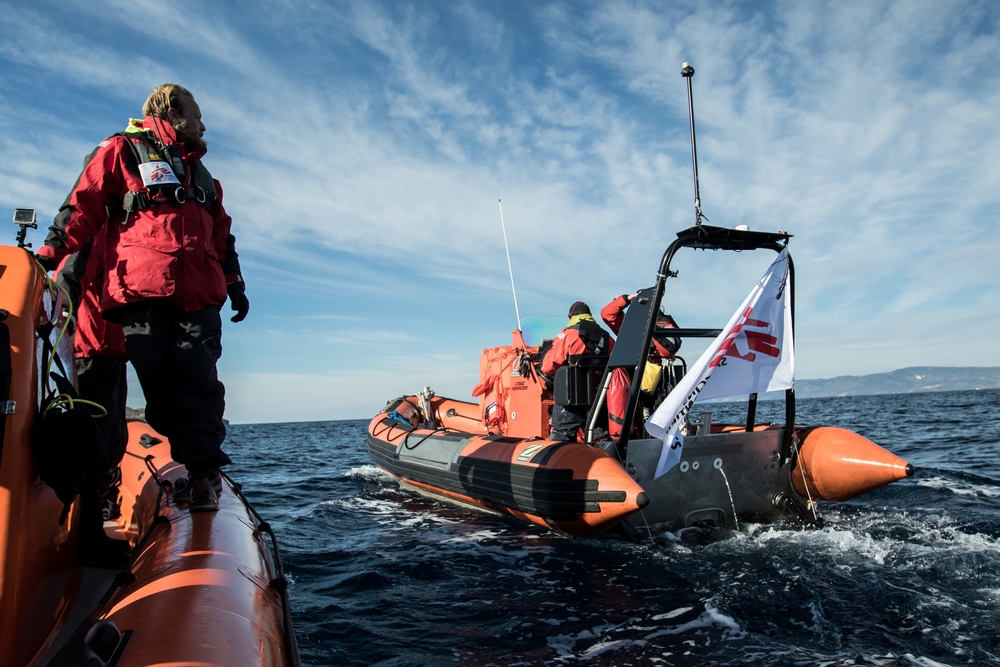 A joint operation to rescue people risking their lives on the dangerous sea crossing between Turkey and Greece has been launched by MSF and environmental organisation Greenpeace.

MSF and Greenpeace teams are using three rigid hulled inflatable boats (RHIBs) based on the northern coast of Lesbos in support and coordinated by the Greek Coastguard.

MSF medical teams are also on standby at landing sites to provide emergency care for people in a critical condition and to ensure timely referrals to the hospital by three MSF ambulances, boosting the efforts of volunteer groups already providing assistance to people crossing to the Greek islands.

Since 28 November, MSF and Greenpeace teams have assisted hundreds of people, dozens of them from boats in obvious distress.

On land, MSF medical teams have assisted 20 people for critical health issues, nine of whom were taken to hospital for specialist care.

Borja Ruiz Rodriguez/MSF
MSF and Greenpeace conduct joint sea operations to provide assistance at sea to boats in distress off the coast of Lesbos island in Greece, in coordination with and in support of the Greek Coast Guard.

In the coming days, MSF plans to provide three more RHIBs to further expand rescue capacity on other islands. Teams will help people on boats in distress and provide medical assistance once they land.

“Horrified by the unabated refugee crisis in the Mediterranean, we were compelled to act in whatever way we could,” says Alexandra Messare, Greenpeace Greece’s programme director.

“Fleeing conflict, poverty and human rights abuses in their countries of origin in the hope of a better life is not a crime. We believe that those with the capacity to help should do whatever they can."

"We have brought our maritime experience to this collaboration with MSF in the hope of saving lives.”

Borja Ruiz Rodriguez/MSF
An MSF nurse holds a 2 month old baby who has just been rescued. They will be reunited with the family at Molyvos Port.

Despite deteriorating weather conditions as winter approaches, up to 140,000 people crossed from Turkey to the Greek islands in November alone, with 65 percent landing on Lesbos, according to UNHCR figures.

Since September, 330 people, most of them children, have lost their lives in the Aegean whilst attempting to reach safe haven in Europe.

MSF medical teams on Lesbos have conducted 10,169 medical consultations since July, 6,154 of them in the past two months.

Since October, teams have seen rising numbers of people suffering from respiratory tract infections and hypothermia, linked to the increasingly rough seas and cold weather.

MSF sees its efforts in the Aegean as a temporary solution, and stresses that safe options must be found for people making the journey to Europe. 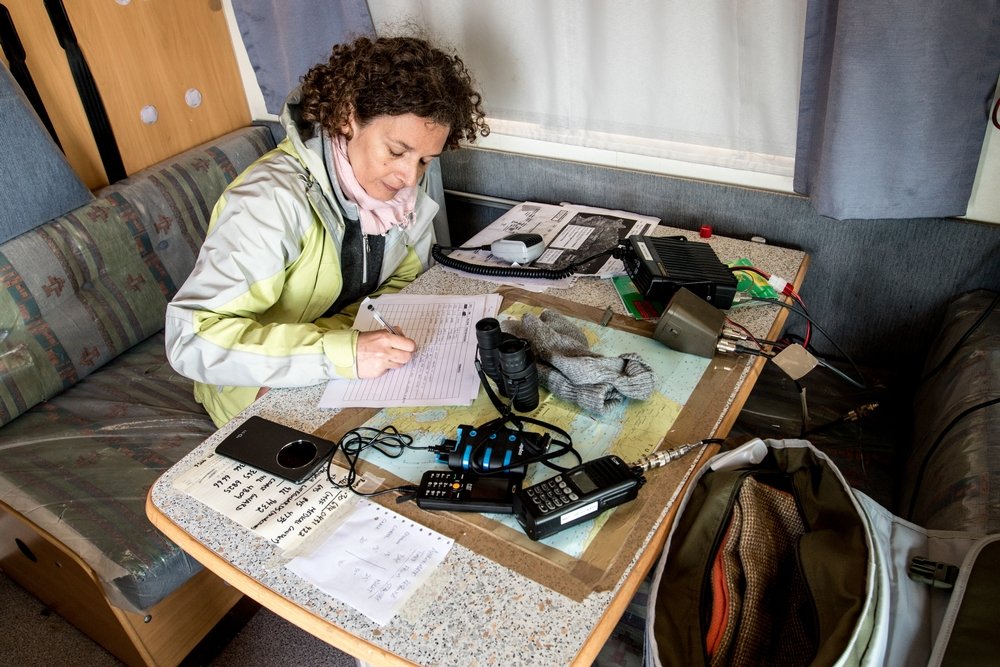 “Our activities in the Aegean are only a temporary solution to mitigate the suffering and loss of life we have seen in recent months,” says Marietta Provopolou, General Director of MSF Greece.

“It is unacceptable that the main way to access international protection in Europe involves risking one’s life at sea – especially when allowing access to the EU via Turkey’s land border could prevent deaths” says Argenziano.”

“The EU and its member states must ensure a dignified and safe reception for migrants and refugees on the land border between Turkey and Greece.”

Read more about MSF's work in the European refugee crisis