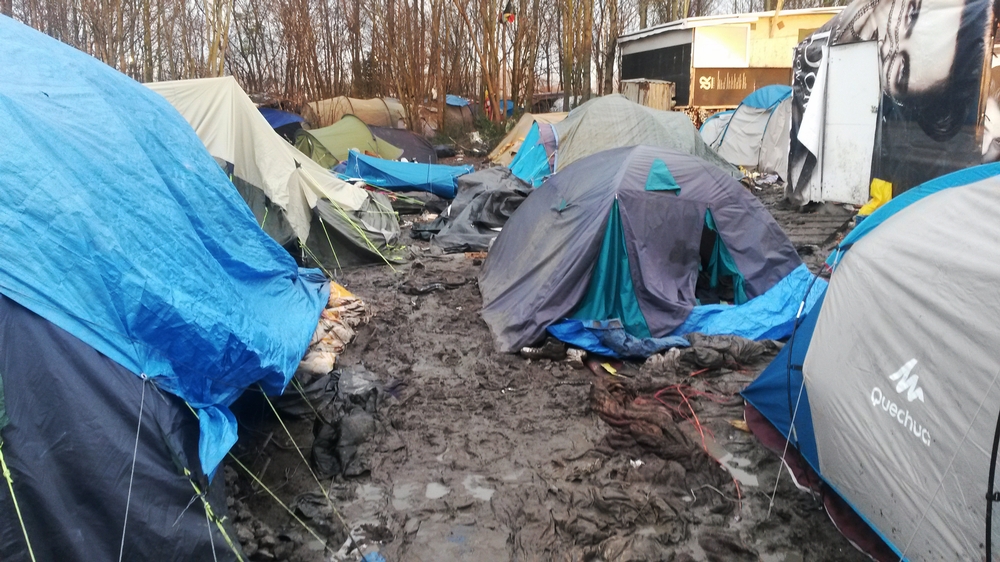 The medical humanitarian organisation Médecins Sans Frontières (MSF) has been granted permission to set up a new camp in northern France for 2,500 people currently stranded in appalling conditions at an informal site in Grande Synthe, near Dunkirk.

Work started on the new camp yesterday (11 Jan) and will take four weeks to complete.

“Conditions in Grande Synthe are some of the worst that I have seen in 20 years of humanitarian work," said Vickie Hawkins, MSF executive director.

"Hundreds of families from Iraqi Kurdistan, including many young children, are stranded in rivers of mud with just flimsy tents and blankets for protection from the cold. The site is prone to flooding, and there are not enough toilets, food or water points. These deplorable conditions are already causing health problems and, when temperatures drop further, people could start dying of hypothermia.”

MSF is ready to do what France has not yet done: provide decent living conditions for the 2,500 refugees of Grande-Synthe. With the winter rains, refugees continue to live in mud on a flooded field near Dunkirk. © Brigitte Breuillac/MSF #MSF #DoctorsWithoutBorders #Refugeecrisis #Dunkirk #GrandSynthe #Mud #Camp

Despite the work of volunteers and MSF, it is not possible to bring conditions at the current site up to minimum humanitarian standards; it is too densely packed, waterlogged and has been set aside by the local authorities for a new housing development.

Those working on the site, as well as those living in it, are also prevented by the authorities from bringing in materials such as wood and plastic sheeting that might be used to improve the shelters.

MSF's medical teams have been working in Grande Synthe for the past six weeks, and elsewhere in northern France for more than four months.

As well as treating skin diseases such as scabies, stomach problems and upper respiratory tract infections, the medics regularly see people, including children, who have burns caused by standing too close to open fires as they try to keep warm.

New camp to include winterised tents

“I asked a mother how she kept her baby warm at night," said Vickie Hawkins. "Her only option was to put her child to sleep on top of her so that she could act as insulation against the ground. Another man begged us for plastic sheeting to reinforce his tent, only to be told by volunteers that it was in a car just outside the camp, but that they were prevented by the authorities from bringing it inside.”

The new site is ten minutes’ walk from the current location and will include 500 heated, winterised tents which each have room for five people.

The camp will also include enough water points, toilets, showers and kitchens to meet minimum humanitarian standards, as well as communal facilities, electricity points, spaces for volunteer organisations and a warehouse.

Sophie-Jane Madden/MSF
Refugees in the Gramde Synthe refugee camp near Dunkirk, France, contend with deplorably bad conditons in the camp with mud, flooding and a lack of sanitation.

"Britain and France's policies of deterrence are causing a humanitarian crisis, leaving people to suffer in terrible living conditions with serious implications for their health,” said Vickie Hawkins.

“The new camp should be a temporary solution to bring those living conditions up to acceptable humanitarian standards - the kind of standards that are achieved in Jordan and Turkey, countries that are hosting many millions more displaced people than those in northern France.

"To leave people to freeze in the mud as a deterrent to others thinking of making the same journey is unacceptable; it is also inhumane."

Find out more about the European refugee crisis