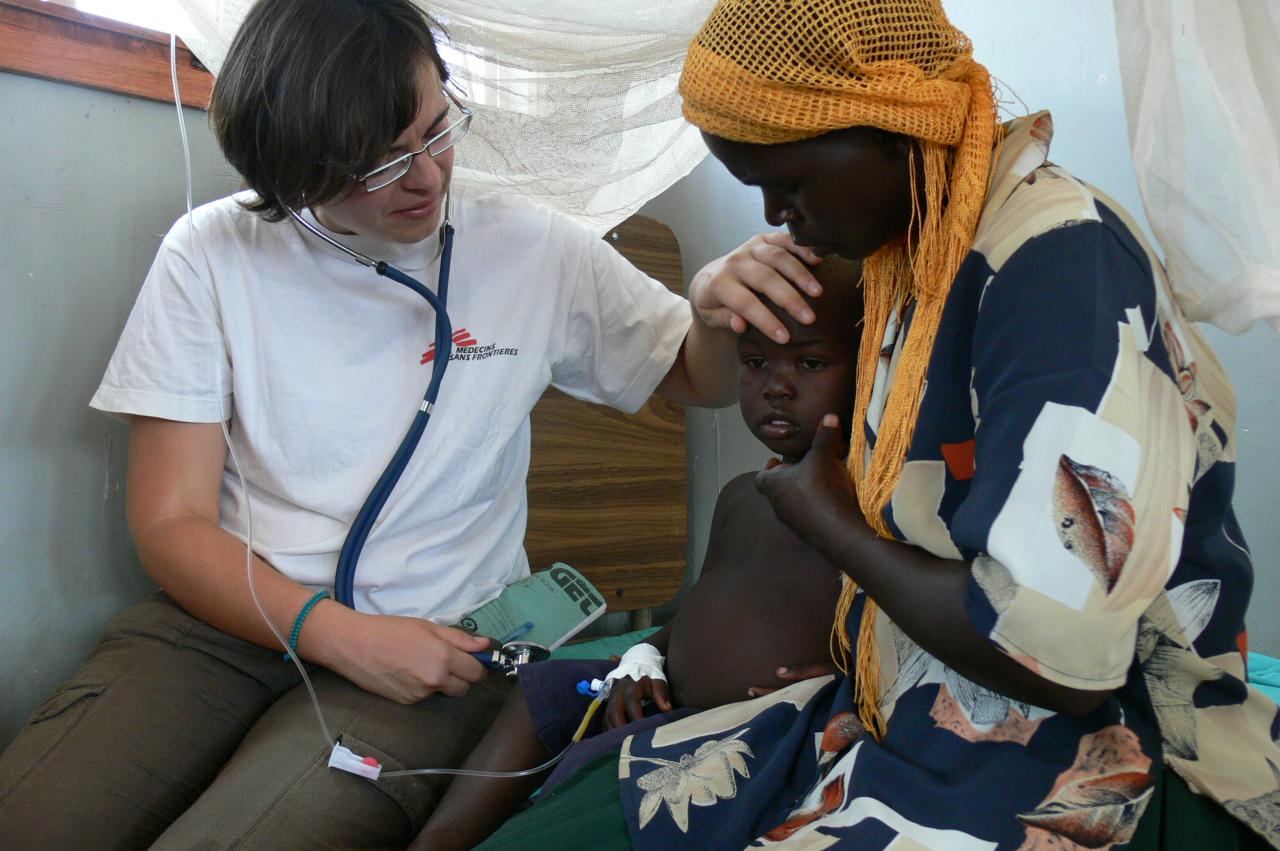 New MSF report calls on African governments, WHO and donors to urgently make the switch

After the revision of World Health Organization (WHO) guidelines on Monday,  international medical humanitarian organisation Médecins Sans Frontières / Doctors Without Borders (MSF) calls for a drug proven to reduce deaths in children suffering from severe malaria to be immediately rolled out in African countries. In its new report Making the Switch, MSF calls on African governments to follow new World Health Organization (WHO) guidelines, and switch from the far less effective quinine to artesunate, which could avert nearly 200,000 deaths each year. MSF also calls on WHO and donors to support governments so this urgent treatment change can happen quickly.

Click here for the full 'Make the Switch' report.

© JB Russel / Framework
© JB Russel / Framework
“When children arrive at the clinic with severe malaria, they often are having convulsions, vomiting or at risk of going into shock, and you just want to be able to give them effective treatment quickly,” said Veronique De Clerck, Medical Coordinator for MSF in Uganda. “For decades, quinine has been used in severe malaria, but it can be both difficult to use and dangerous, so it’s time to bid it farewell.  With artesunate, we now have a drug that saves more lives from severe malaria, and is safer, easier and more effective than quinine.”

Quinine has to be given three times a day in a slow intravenous drip that takes four hours, a treatment that is burdensome for both patients and health staff. Artesunate, in contrast, can be given in just four minutes, by giving a patient an intravenous or intramuscular injection.

A landmark clinical trial in late 2010 concluded that the use of artesunate to treat children with severe malaria reduces the risk of death by nearly a quarter.  The study, carried out in nine African countries, found that for every 41 children given artesunate over quinine, one extra life was saved.  Because of the complexities of administering quinine, children in the trial who were assigned to receive quinine were almost four times more likely to die before even receiving treatment.

MSF participated in the trial through its research affiliate Epicentre, with a research site in Uganda. MSF has since changed its own treatment protocols and now plans to work with national health authorities to roll out artesunate in its projects over the coming months.

The evidence is overwhelming, but MSF’s report stresses that change will not happen on its own. While WHO has now issued new guidelines recommending artesunate for treating severe malaria in children in Africa, it needs to also develop a plan to help countries make this switch.  African governments must urgently change their treatment protocols and donors must send a clear signal to countries that they will support the additional cost where needed.  Artesunate is three times more expensive, but the difference in cost of US$31 million each year for a global switch is very little for the nearly 200,000 lives that researchers say could be saved.

“We’ve been here before – when WHO changed its treatment recommendations for simple malaria in 2001 it took years for countries to actually make the switch, and shockingly, in some countries the far inferior drugs are still being used ten years on,” said Dr. Martin De Smet, who coordinates MSF’s malaria work.  “With severe malaria, WHO needs to make sure that the change is much less sluggish, so lives can be saved immediately.  There’s simply no excuse not to make the switch now.”

MSF provided malaria treatment to around one million people in 2010.  Severe malaria kills over 600,000 African children under the age of five annually.  Each year, around eight million simple malaria cases progress to severe malaria, where patients show clinical signs of organ damage, which may involve the brain, lungs, kidneys or blood vessels. ‘Making the Switch’, MSF’s new report calling for a change in protocol for the treatment of severe malaria in children can be downloaded from www.msfaccess.org