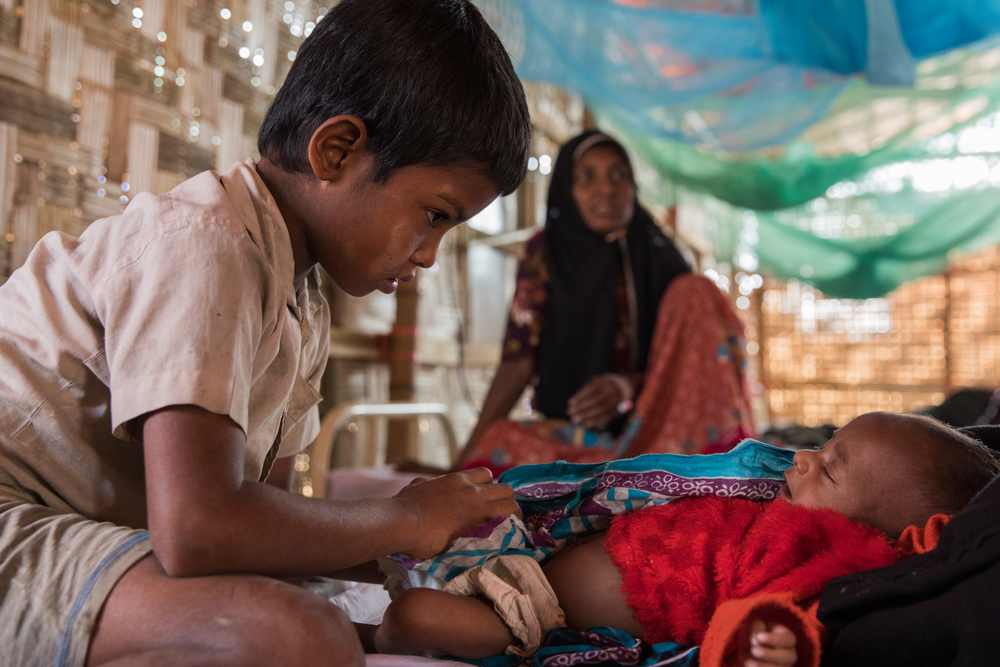 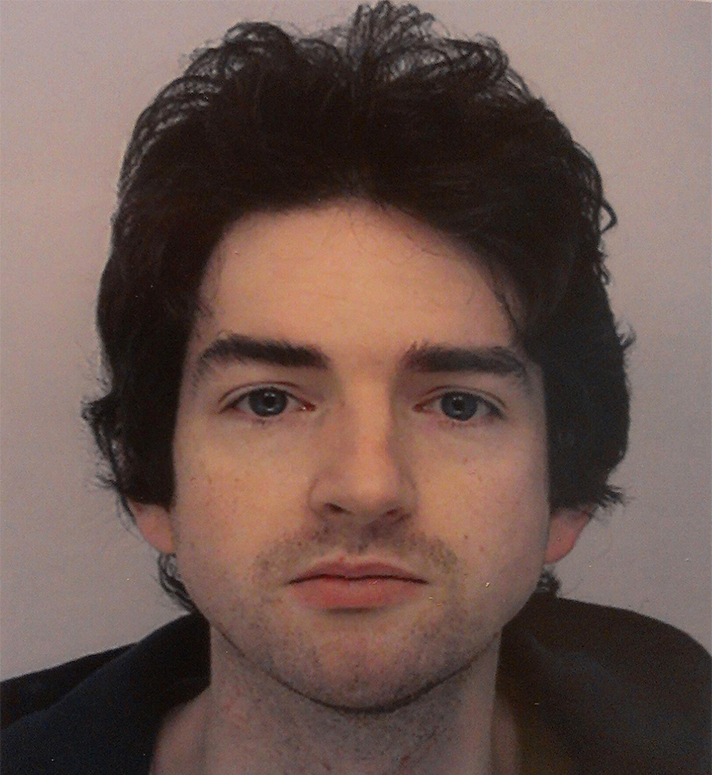 Rohingya crisis: “It was heartening to see so many children recover"

Since 25 August 2017, over 706,000 Rohingya refugees have fled from Myanmar into Bangladesh, following a concerted campaign of violence by the Myanmar military against Rohingya in Rakhine State. Combined with the pre-existing Rohingya refugee population from earlier waves of displacement, more than 919,000 refugees are now in Bangladesh.

Peter Naughton is an Irish doctor who worked from February to June 2018 with Médecins Sans Frontières (MSF) in Cox’s Bazar. MSF has performed over 650,000 medical consultations in the area in the past year.

It’s been one year since targeted violence carried out by the Myanmar military led to more than 700,000 Rohingya refugees fleeing their homes. MSF surveys estimated that at least 9,000 Rohingya died in the first month of violence. For those who survived and made it to Cox’s Bazar in Bangladesh, the past year has seen little improvement in living conditions and they still face an uncertain future as they have still not been granted refugee status in Bangladesh or in other neighbouring host countries. I was in Bangladesh in June at the onset of monsoon rains, which exacerbated problems even further for people who have already been through so much.

I worked in MSF’s field hospital in the Balukhali region of the Kutupalong camp in Cox’s Bazar. We focused mostly on mother and child health. My role in the hospital was to manage a team of 13 doctors and 14 medical assistants. I focused mostly on children and neonatal patients. We also had a malnutrition and feeding centre, as well as an emergency department to treat and stabilize any patients who had an acute need for medical intervention. 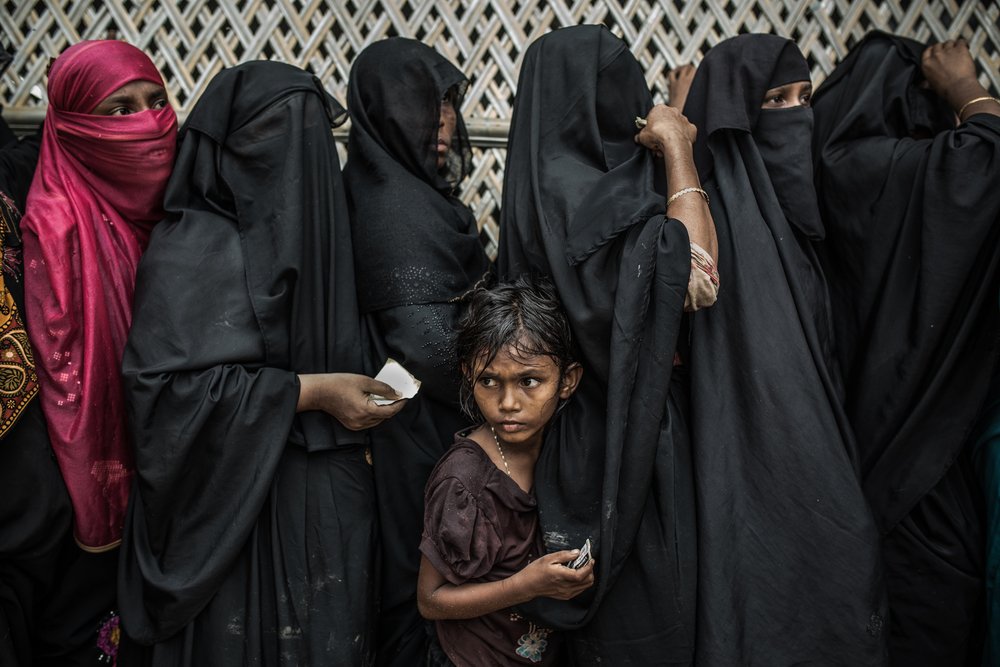 I have many powerful memories of my time in Bangladesh, both good and bad. I was covering the emergency department one day. We had an eight-year-old boy who had escaped Myanmar about a week previously. He had lost touch with his family as they were crossing the border. Despite there being hundreds of thousands of people in the camp, incredibly they found each other by coincidence that morning. They brought him into the hospital because he had an old gunshot wound to his leg. He wouldn't tell us anything about how he got it or what happened in Myanmar, and he wouldn't talk at all for about the first three days. It looked infected, so we had to admit him for antibiotics. There was no bullet in there that needed excision, but he had to be admitted for IV antibiotics. After word got out that he was there his whole extended family came to visit him. He slowly came out of his shell after that and after the third day, we got a smile from him. 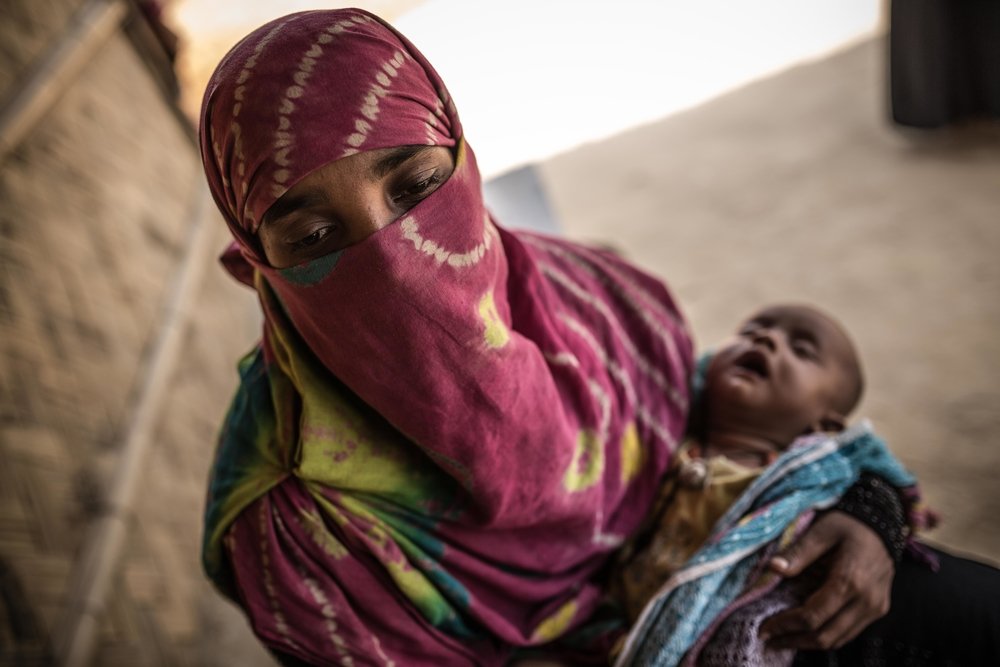 Pablo Tosco/Angular
Rohingya mother and child at an MSF clinic

It was heartening to see so many children recover, particularly when many would present at the hospital when they were already very sick. Despite many children coming in gasping for air and very blue because of their low oxygen levels, after applying IV antibiotics and oxygen, a huge number would recover. Children can be incredibly resilient, even at that late stage.

I witnessed the start of the rainy season too, and saw patients who had been dragged out from under rubble, under mud, under the remnants of their houses. Even for people who survive, they have to return to their shelters and rebuild them all over again. If the rains started while I was treating patients in hospital, you could sense their fear that their house could be next. They understandably wanted to return to their shelter to check on their families and their possessions, so the rains affected people’s willingness to stay in hospital.

We were able to provide a comprehensive primary healthcare service, but the sheer volume of patients was huge; the emergency department saw about 50 to 60 people every day. Me and my colleagues treated more and more children patients all the time. Due to the rainy season, there was a large increase in the number of children presenting to us with severe pneumonia and acute watery diarrhea. Thankfully, many of our staff had been recruited after a diphtheria outbreak and were all very familiar with the mass treatment of communicable diseases: they were very efficient in triaging who needed admission, who could be treated at home, or who needed referral to a different hospital.

Despite our team’s proficiency, the vast number of patients made the work extremely challenging. Beyond the spread of communicable diseases, the rains had huge effects on people’s day to day lives. The camp is one of hills and valleys, so a lot of people’s shelters are built on slopes, or at the top or bottom of a hill. This means that shelters are unstable and when rains come, even a short burst of heavy rain, there are often small landslides throughout the camp which can lead to big destruction of people's shelters. Even a small movement of land makes shelters extremely vulnerable to collapse. This can happen day or night. If people are sleeping inside, it's very hard for them to get out in time. 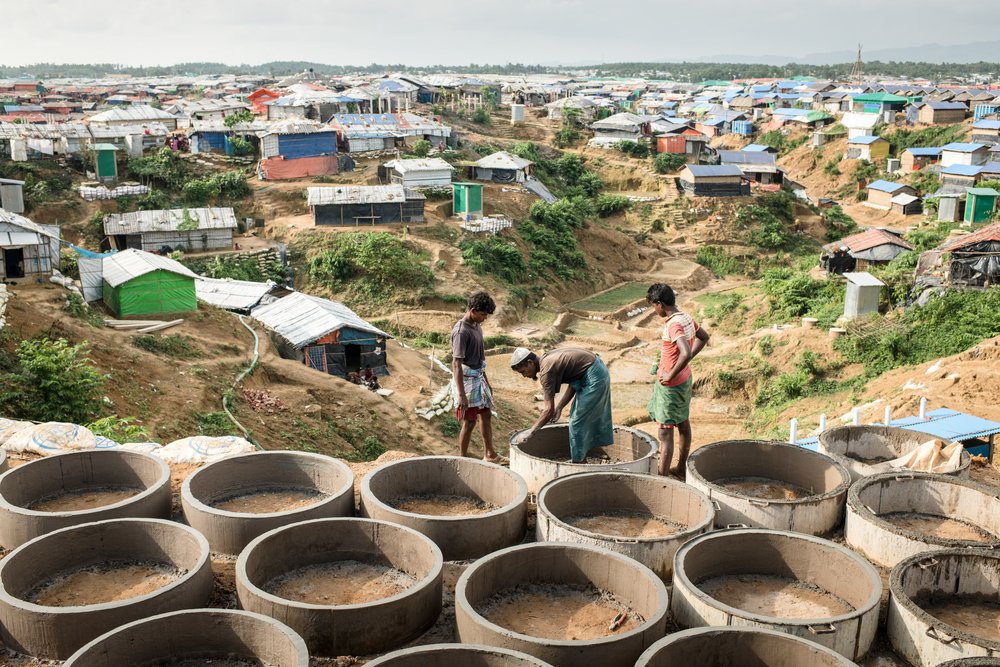 Doing anything to improve the situation

Inevitably, there were many children who wouldn’t recover. We had an amazing team of mental health counsellors there to support parents through their grief. Sadly, this is part of being a doctor, especially in a place like Cox’s Bazar where there are so many patients living in such terrible living conditions. Of course, these cases bother you, it’s because it bothers you that you signed up for MSF in the first place.  I’d tell myself “it's not your job to be upset, it's your job to try and do whatever you can to improve their situation”.

Although the bad stories tend to be more memorable or more dramatic, I always tried to make a point of remembering the less dramatic, and there are many more good stories of children who get better because you can catch them early with appropriate treatment like simple antibiotics or like oral rehydration solution. These are things that don't sound dramatic, but on a bigger picture save so many more lives.

"It's not your job to be upset, it's your job to try and do whatever you can to improve their situation." 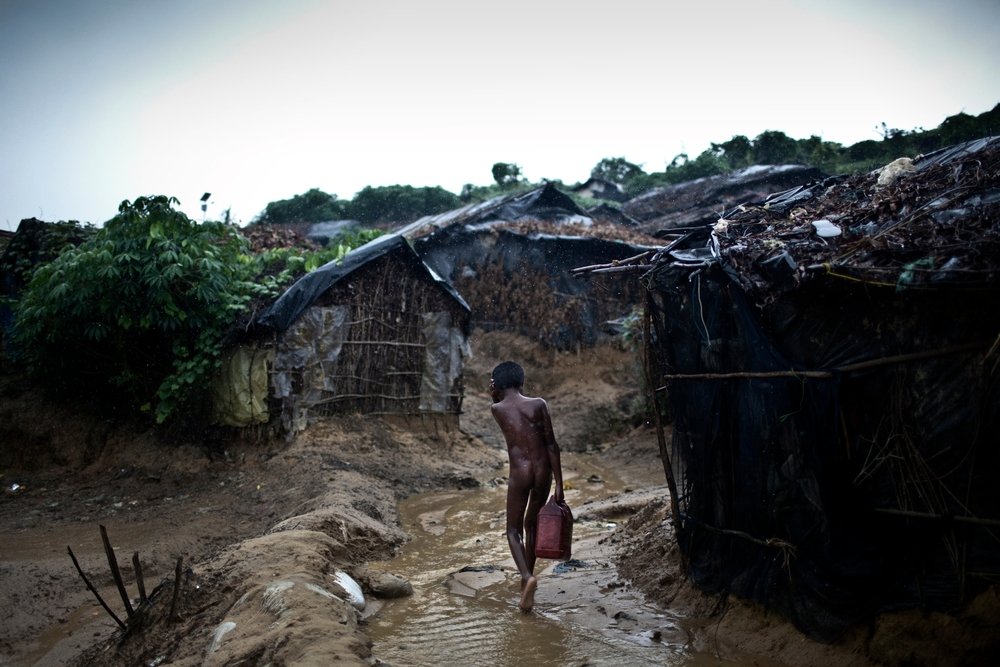 read more about the rohingya crisis >