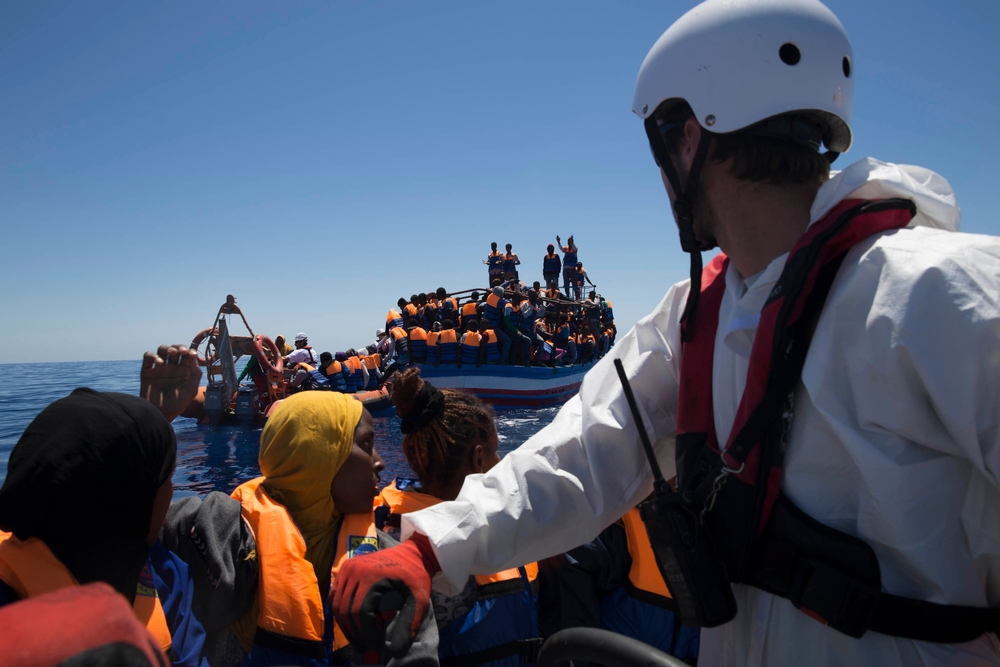 Sea rescues: MSF crews working around the clock to keep up with demand

According to the UNHCR, in 2015 more than 3,700 people are thought to have drowned or lost their lives while attempting the sea crossing to Europe.

This year is shaping up to be another tragic year on the central Mediterranean, as more than 2,500 refugees and migrants are believed to have drowned so far (more than 700 have lost their lives in the last week alone) - as people continue to flee war and persecution in the Middle East and Africa.

Médecins Sans Frontières’ (MSF) sea rescue and medical teams on board three vessels, are working around the clock to keep up with demand. In just over one month of operations, MSF teams have rescued over 1,953 people from unseaworthy boats.

MSF rescue teams are proactively patrolling the search and rescue zone north of the coast of Libya – a part of the stretch between North Africa and Europe, where most shipwrecks occur and where the majority of boats get into distress, while attempting the dangerous crossing.

Anna Surinyach/MSF
MSF doctors treat a woman after 435 people were rescued from three unseaworthy boats in distress off the coast of Libya, on May 17.

Once on board MSF's rescue vessels, medical and psycho-social teams provide care to refugees and migrants and cultural mediators provide information about the next steps for when they reach land.

The teams have the skills and necessary equipment to provide lifesaving emergency care as well as treat dehydration, fuel burns, hypothermia and skin diseases which are often the most pressing medical needs of those rescued. MSF teams teams in Sicily ensure continuity of care through several medical projects which support people after they disembark.

Many women rescued are pregnant but have never had any care - it's beautiful when they hear their baby's heart beat. pic.twitter.com/Fcwy7z2CuD

MSF search and rescue vessel, The Dignity 1, set sail from the port of Valletta, Malta on 21 April with a team of 16, including experienced medical staff, on board.  It has the capacity to care for 400 rescued people. The 50 metre-long vessel was soon joined by a second MSF vessel, the Bourbon Argos, which sailed off from Cyprus on 30 April. A third vessel, the Aquarius (run in partnership with SOS Méditerranée) joined the boats in the search and rescue zone, soon after.

Find out more about MSF's response to the refugee crisis