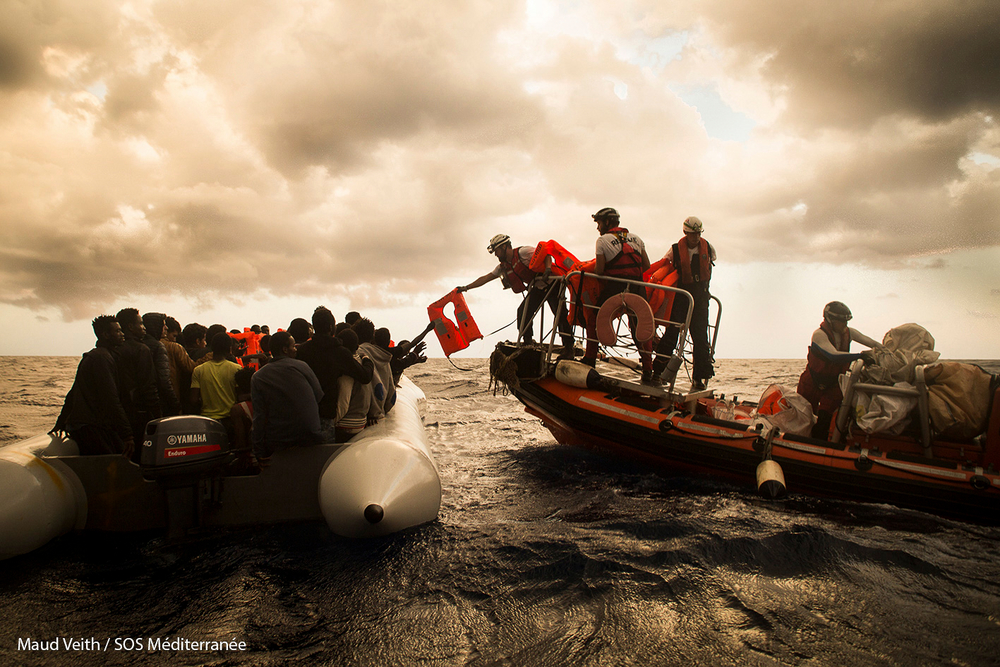 588 people are now safely onboard Aquarius, a search and rescue vessel run by Médecins Sans Frontières (MSF) and SOS MEDITERRANEE, but an unknown number of people are missing, presumed drowned, after a gruelling day of rescues in the Mediterranean yesterday, 1 November. 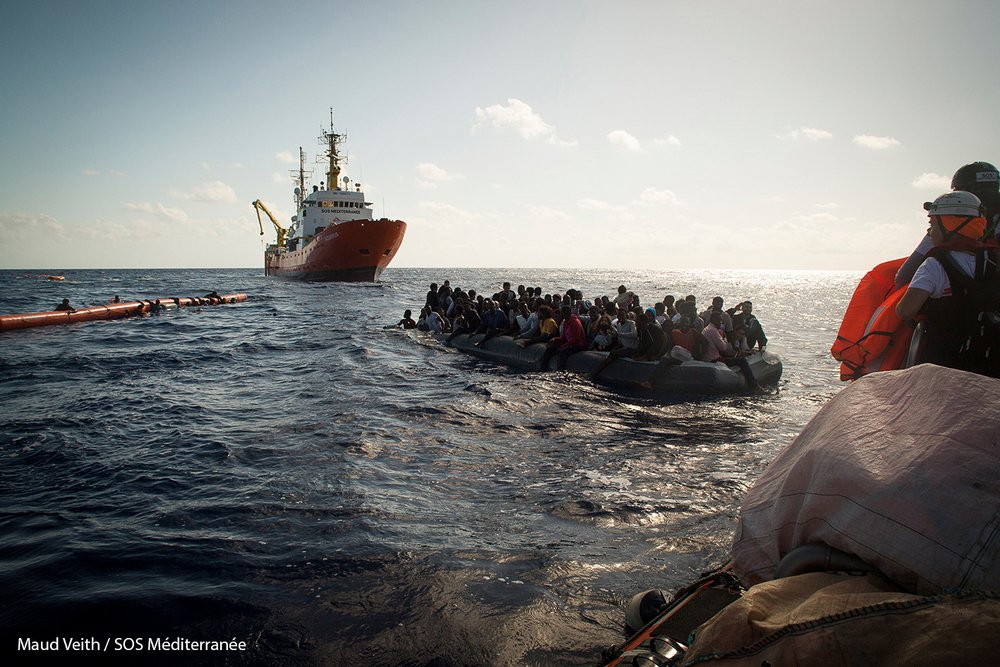 “The situation suddenly turned into a nightmare when one of three rubber boats overloaded with men, women and young children collapsed and dozens of people fell into sea,” said Dr Seif Khirfan, MSF’s medical doctor on board Aquarius. “Our teams launched all available floatation devices, distributed life jackets and pulled people from the water. We were able to revive a man in cardiac arrest who was then medically evacuated by helicopter to Italy. Although no bodies were recovered, we witnessed people submerged under the water.”

With dozens of people in the water in worsening winter conditions on the Mediterranean, there were multiple cases of mild to moderate hypothermia. The medical team also treated older injuries people had suffered while inside Libya, a country where refugees and migrants are exposed to alarming levels of violence and exploitation. 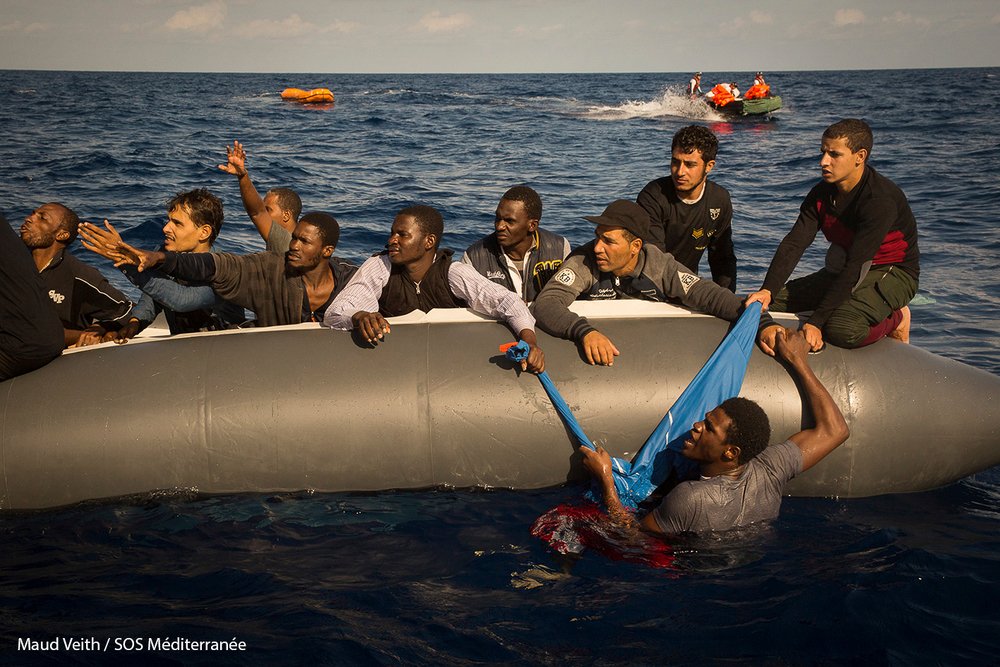 “One man had an open fracture and dislocation of his left ankle which was one month old. He told me he sustained the injury trying to escape gunfire in Libya,” said Dr Khirfan. “Another man had his arm broken a week earlier while arbitrarily detained in Libya.

The vast majority of people rescued in the Mediterranean by MSF have transited Libya. They tell our teams about the abuse they have suffered at the hands of smugglers, armed groups and militias. The abuses reported include being subjected to violence (including sexual violence), arbitrary detention in inhumane conditions, torture and other forms of ill-treatment, financial exploitation and forced labour.

Maud Veith/SOS Méditerranée
More than 500 people are now safely onboard Aquarius but an unknown number of people are missing presumed drowned.

"One man had an open fracture and dislocation of his left ankle which was one month old. He told me he sustained the injury trying to escape gunfire in Libya."
Dr Seif Khirfan​ MSF medical docto​r

The reasons why people leave their home countries are complex but once at sea on a flimsy and overcrowded inflatable dinghy, all are vulnerable and need to be rescued and brought to safety. Many people cannot swim and most do not have life jackets with them. It is an imminent life and death situation and the risk of drowning is always present.

“People do not undertake this journey lightly, people do not risk their own lives and the lives of their children if there are easier options available to them,” said Luca Salerno, who leads MSF’s teams onboard Aquarius. 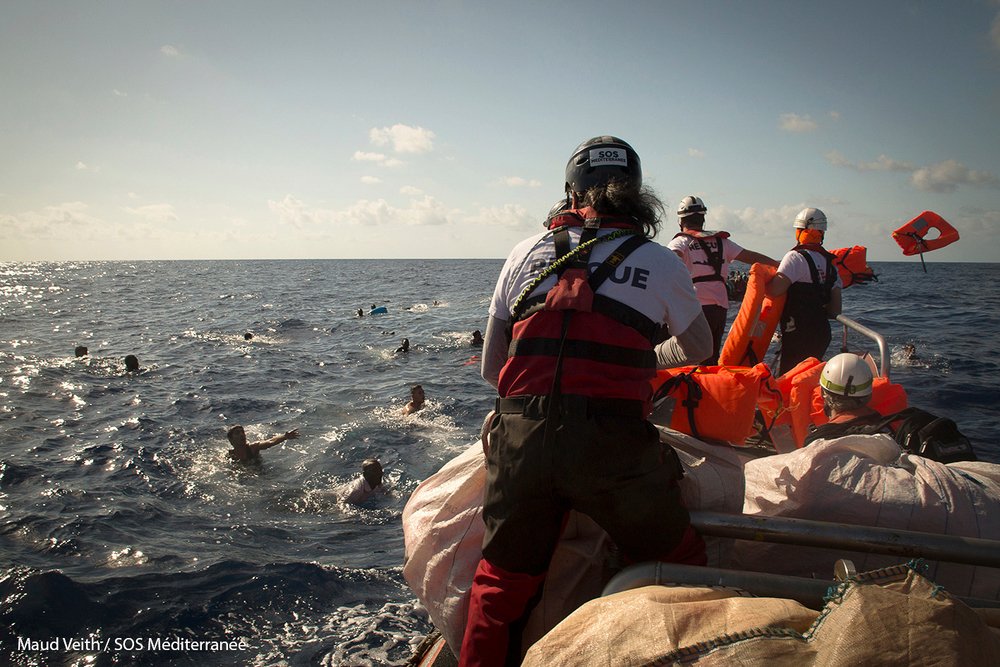 “The European Union and individual member states need to take urgent action to provide safe and legal channels for people to seek asylum, create legal migration pathways and make wider use of legal entry schemes so that desperate people are not forced to risk their lives on the Mediterranean.”

more on search and rescue >