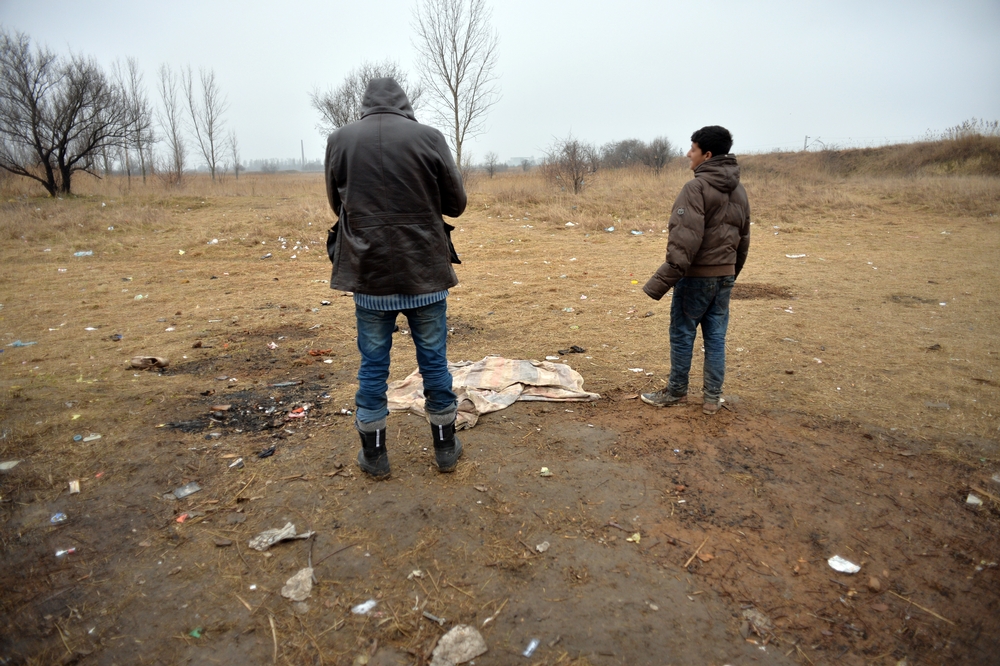 Serbia: Asylum seekers and migrants left in the cold

Asylum seekers, refugees and migrants who have risked their lives to reach Europe are being left stranded in forests and abandoned buildings in Serbia in harsh winter temperatures without sufficient food or shelter, according to international medical organisation Médecins Sans Frontières/Doctors Without Borders (MSF).

MSF teams are providing them with essential relief items and urgently needed medical care. At the same time, MSF is calling on the Serbian authorities and European Union member states to provide the asylum seekers with aid and protection.

Visit our photostory for a closer look into the lives of these asylum seekers.

A massive influx of asylum seekers

The Dublin regulation, enforced by the European Council on Refugees and Exiles, usually requires asylum seekers irregularly entering the EU to apply for asylum in their first country of entry, however migrants and asylum seekers are increasingly fleeing substandard conditions in Greece and Bulgaria, crossing the Balkan region on their way to northern Europe.

According to the Serbian asylum office, about 16,500 asylum seekers – mostly from Syria, Afghanistan and Sub-Saharan African countries – entered Serbia in 2014 in an attempt to find refuge and dignified living conditions within northern Europe.

“The EU member states have to acknowledge the outrageous consequence of their policies and to improve the current asylum procedures, reception conditions, and lack of integration which are failing thousands of refugees and asylum seekers,” said Stuart Alexander Zimble, MSF’s coordinator in the Balkan region.

“Greece, Bulgaria and the EU must improve access to asylum procedures and reception conditions for newly arrived asylum seekers.”

A still dysfunctional asylum system in Greece, which obliges people in need of protection to stay in appalling conditions, is forcing people to take further risks by using smuggling networks to leave Greece in search of better assistance and protection.

“The situation is so bad in Greece, you cannot stay there as an asylum seeker,” says one Afghan refugee who spent 18 months in a detention centre in Greece and then went to Macedonia and Serbia.

Julie Remy
A group of Afghan asylum seekers sit around a camp fire to keep warm in the 'jungle' near a brick factory in Subotica.

On arrival in Serbia, many asylum seekers find their only option is to sleep out of doors, under plastic sheeting or in makeshift tents, despite winter temperatures that can reach 20 below zero.

Every day in the village of Bogovadja, dozens of asylum seekers wait for their asylum applications to be registered. At this location, the asylum office processes only a handful of registrations per day, forcing people – sometimes including pregnant women and children – to wait in the forest surrounding the village.

In the town of Subotica, near the Hungarian border, migrants shelter at night inside abandoned and ruined buildings. Some are sleeping outside, hidden in fields, to avoid running into the police.

MSF calls on EU member states, in particularly Hungary, to abstain from returning third-country nationals to Serbia. Serbia, with the support from UNHCR, should provide adequate assistance and international protection to asylum seekers, including increasing its capacity to register and accommodate every person who requests asylum at all asylum centre locations, in a safe, friendly, and efficient manner.

An MSF team has been conducting mobile clinics and distributing kits of essential relief items to vulnerable people in Bogovadja and Subotica since December. The most common health problems among migrants are colds, respiratory diseases, and skin diseases, mostly due to the cold weather and poor sanitary conditions.

“In general they are poorly clothed, living in unhygienic conditions, not able to bathe and very hungry,” says MSF medical coordinator Vasiliki Armeniakou. “Many have muscle and bone injuries, and severe body aches, cuts, bruises and frostbite as a result of days of walking or running through the forest.”

Learn more about MSF's work with Refugees and IDP's