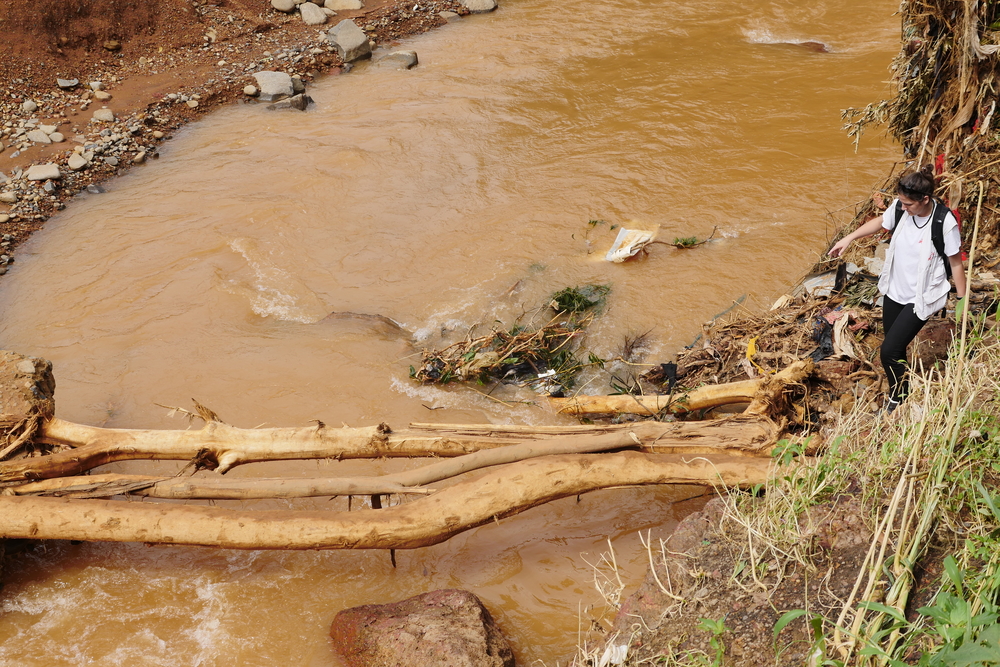 After a couple of days of torrential rain, on 14 August, a hillside collapsed and triggered a mudslide in the mountain town of Regent on the outskirts of Sierra Leone’s capital Freetown.

Since then, Médecins Sans Frontières (MSF) teams have carried out assessments of the most affected communities in the area, from the initial location of the mudslide in Regent and along the densely populated river valley to the ocean at the southern side of Freetown.

As the immediate medical needs are already covered, MSF is focusing on ensuring people have access to clean water and sanitation facilities, as this is crucial both for meeting people’s urgent needs, as well for preventing epidemics of diseases such as malaria and cholera. Many of the villages may also be at risk of further flooding and land instability in this narrow flood-prone valley.

Our teams identified an urgent need for clean water and sanitation assistance in three communities – Pentagon, Kamyama and Jah Kingdom, which have been heavily affected by the severe flooding and mudslide. We have also set up water distribution sites in Pentagon and Kamyama and are providing clean water for around 4000 people in these communities. 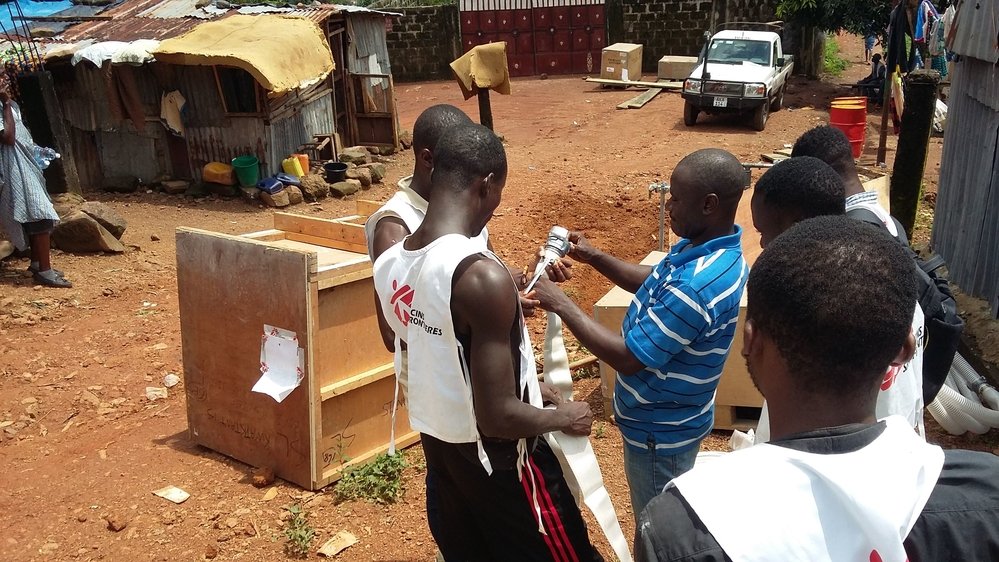 MSF
Pentagon site, 21th of August. MSF has been setting up 4 bladders with in total a capacity of 60.000 L for an estimated affected population of 4.000, in two different areas (Pentagon and Kamyama)

The community of Jah Kingdom has been particularly hard hit; the village is cut off except for a narrow river crossing and the one existing ground well for water has been flooded and left unusable. On 22 and 23 August, an MSF team carried out a distribution of water containers and buckets for 210 families and will continue to provide water and sanitation support as needed. 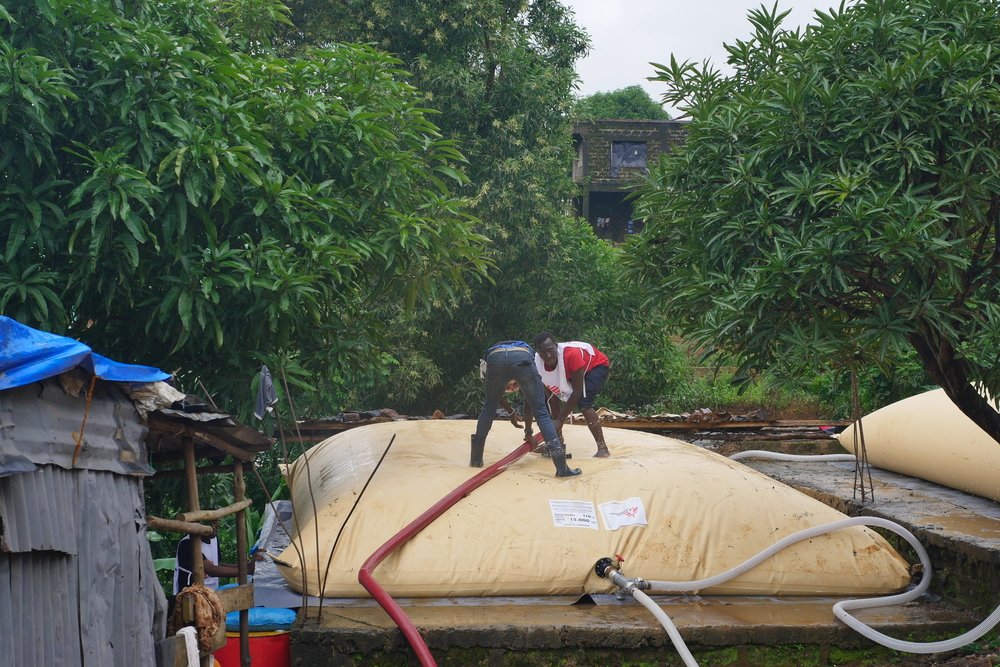 MSF
MSF has been setting up 4 bladders with in total a capacity of 60.000 L for an estimated affected population of 4.000, in two different areas (Pentagon and Kamyama)

On Saturday three MSF teams undertook detailed assessments of the most affected communities in the short but densely-populated river valley from the primary landslide location down to the ocean at the southern side of Freetown.

At the moment displaced people are quite dispersed, many being sheltered in some central places that opened up in different communities but still it's making it a challenge to get a complete picture of their needs. It is essential that people living in precarious conditions are quickly provided with sufficient space in all the temporary shelters, in order to access to safe drinking water and sanitation facilities, medical care and relief items. 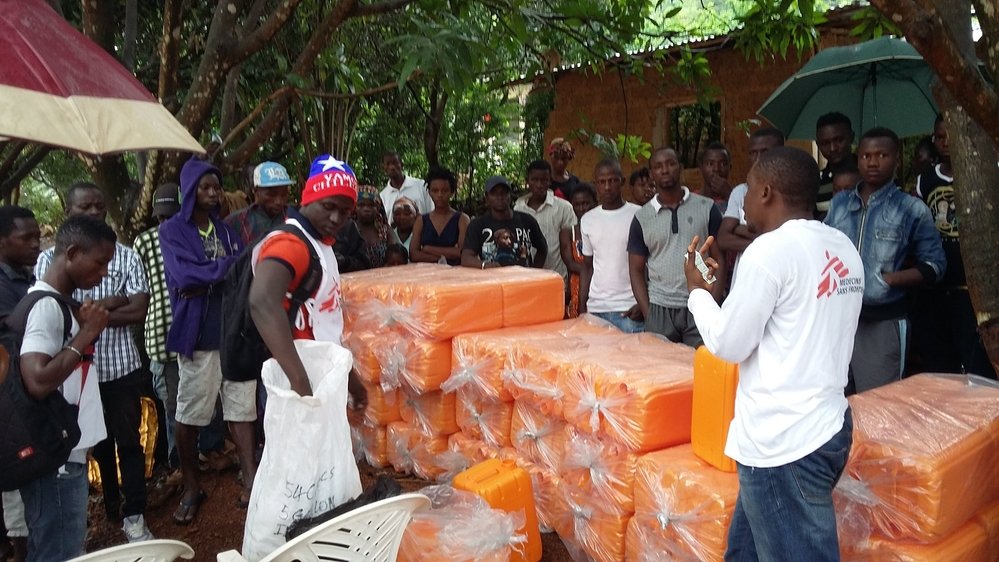 MSF
Health Promotion teams explaining to the people how to use the aqua tablets and distributing afterwards the jerry cans and aqua tablets.

Given the risk of spread of water-borne diseases in such a disaster, MSF is also providing information to the affected communities about maintaining good hygiene practices and the importance of using clean water. At the same time, our teams are monitoring for any signs of these illnesses and are ready to respond in the event of an outbreak. 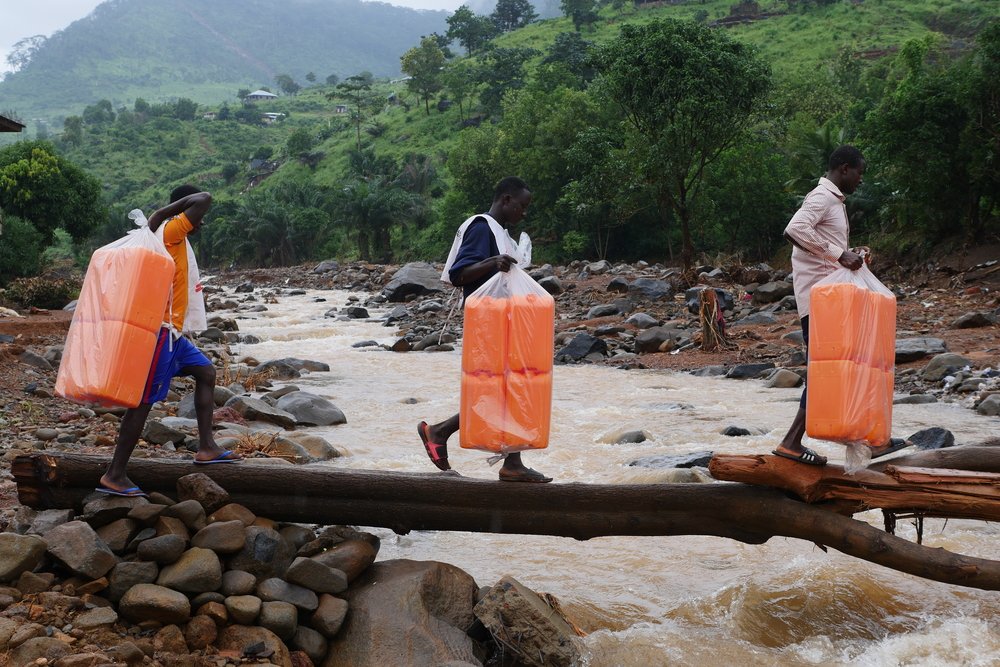 MSF will continue to assess the needs of people living in other affected communities in the area, including mental health needs of people who have suffered significant trauma with the loss of family members, homes and belongings.

more on our work in Sierra leone >