Over three years after Sierra Leone was declared Ebola-free, people are still reluctant to visit health centers. In a country where maternal mortality is among the highest in the world and children die from malaria and malnutrition, seeking care still means traveling far and paying for expensive drugs and services without any certainty of being cured. To gain people’s trust in the health system, MSF is training local staff, providing medical stock  and reaching out to far-flung communities.

At 10 in the morning, the health post of Konta, in Gorama Mende chiefdom, in the Kenema district, is slowly filling up with patients. A row of pregnant women wait in the maternity area for a lady in pink, Margaret Toka, the post’s maternal and child health nurse.

As she prepares her room for the day’s consultations, the women outside catch their breath after a long trip to the health post. Most of them are from Bondayelahuu, a village on the other side of Sewa river.

To get to Konta, they have walked for over an hour, crossed the river using a canoe, and walked another half an hour from the cross point to the post. 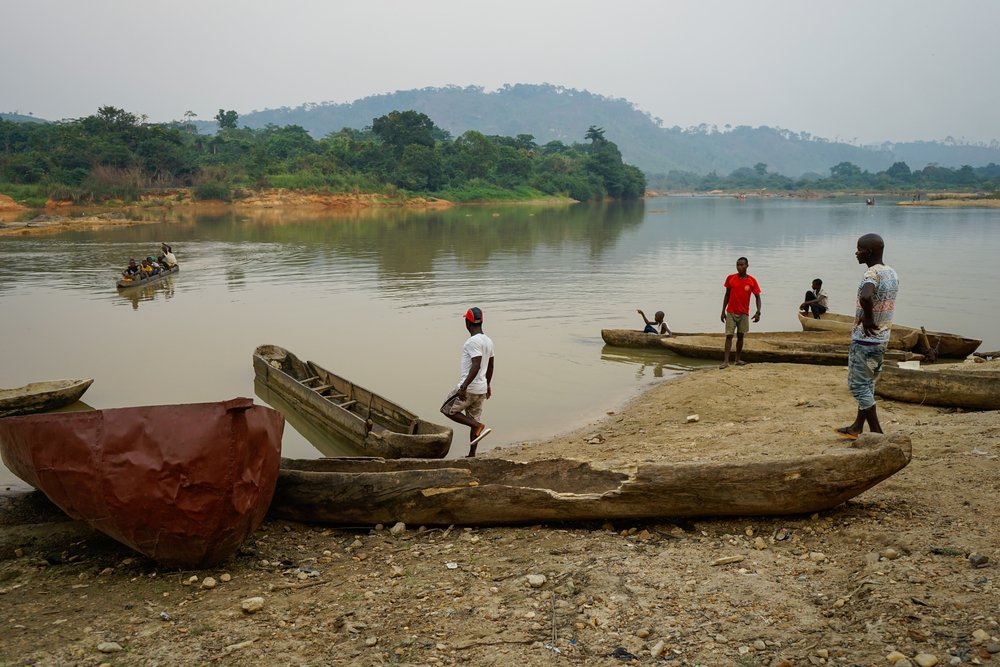 Rocel Ann Junio/MSF
Canoe operators on the Sewa river take turn in ferrying villagers from either sides. One ride costs 2,000 leones, which is a quarter of the average daily income in Sierra Leone.

“It’s far but I’m doing it for my baby so I have to do it,” says Bintu Fofannah, the youngest of the group. She says she’s around 18 or 19 years old and on her second pregnancy.

She delivered last year but her first baby did not survive. It’s her first time to be checked at the health post and she’s nervous.

Like the rest of women who went there for their antenatal care visits, Bintu will be given supplements or antibiotics if needed, and a few sets of bed nets to prevent her and her family from contracting malaria.

She will be pleasantly surprised to know she’s getting all this for free. She only has enough money to pay for the canoe ride back home. 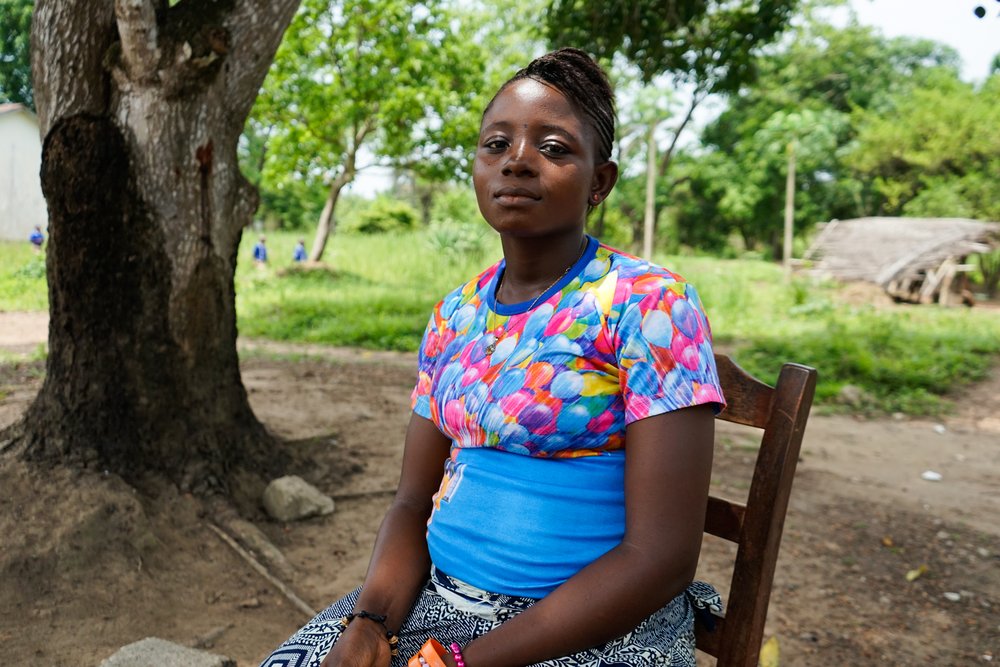 Rocel Ann Junio/MSF
Fofannah waits for her antenatal care checkups. The free care and medicines from the health post motivated her to make the long trip there.

Bearing and delivering a child still poses huge risks for women in Sierra Leone. The country’s maternal mortality rate is among the highest in the world.

Children under five years regularly contract malaria, the top cause of deaths among this age group, and many suffer from severe or acute malnutrition.

The country is also regularly battered by natural and man-made disasters, as well as  disease outbreaks, which make it difficult for the health system to recover after each blow it suffers. 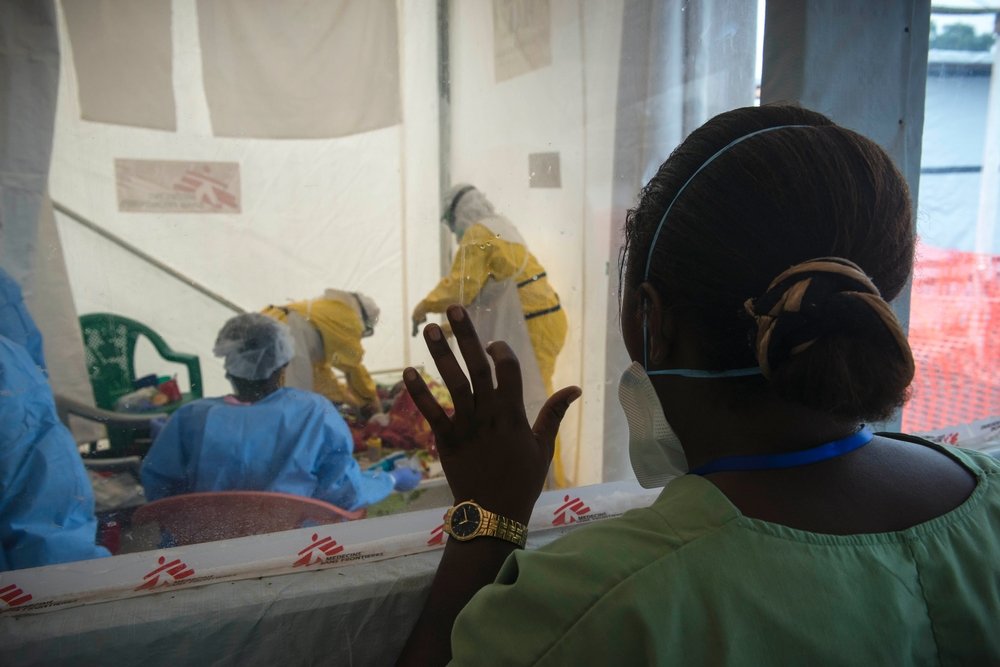 MSF's Ebola Medical Centre in Freetown during the Ebola outbreak in 2015. In blue, an Ebola survivor with light protective cloth provides care for sick children.

In rural areas, most peripheral health units (PHUs) became barely functional. They are dilapidated, with no water and electricity and, more often than not, they have no staff or medical stocks.

For some people, traveling to the nearest PHU will take an hour or so by motorbike. They will have to pay a hefty amount for the ride both ways only to arrive at a health post that has neither the facilities nor the health workers to treat them.

It is then more practical for them to stay in the villages and turn to traditional healers, who would accept gifts such as rice or crops..  in return for their services. Local communities have relied on them for generations.

Early detection and referral of complicated cases to health facilities, though, are very difficult when deliveries and treatments are carried out at home, which often results in the death of patients.

Since 2017, Médecins Sans Frontières has been working with the Ministry of Health (MoH) to stop women and children from dying of preventable causes. For MSF, this is also a way to build people’s trust in the health system.

Konta health post  is one of 10 PHUs that MSF is rehabilitating in the chiefdoms of Gorama Mende and Wandor, in northern Kenema district, by  filling gaps in the provision of essential drugs and commodities, including test kits for women and therapeutic food for children.

MSF has also improved the facilities of Baama Community Health Center, which receives complicated cases from the PHUs. 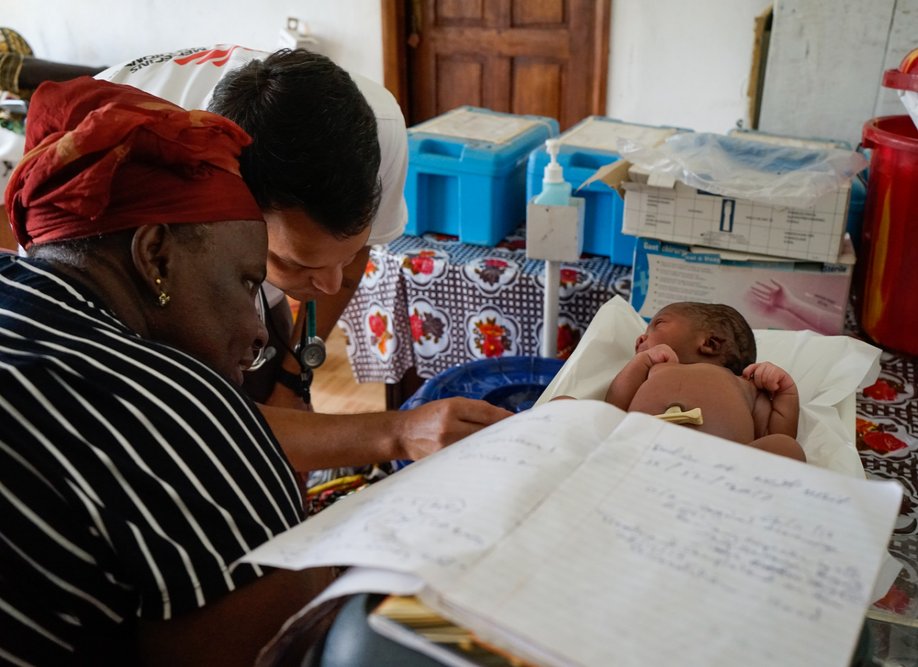 An outreach team of MSF nurses and midwives take turn in working alongside MoH staff like Margaret to improve practical skills in diagnosis and treatment.

They also learn how to evaluate a patient’s case against the referral criteria, so they build the confidence and medical judgment needed in doing urgent referrals to either Baama or the district’s Kenema Government Hospital.

In Baama, an ambulance and a fleet of motorbikes are ready to be deployed each time a pregnant woman or a child under five is in need of a higher level of care. An MSF team at the hospital in Kenema will follow up referred patients, all of whom will be treated for free.

“We are working towards making the MoH staff autonomous,” says Francis Mbuthi, project medical referent for MSF. “To reduce mortality, they should be able to handle complicated cases, detect and refer the cases, and explain to the patients what exactly is happening to their health. If the staff doesn’t explain it to them, they will not seek health care.”

A team of health promoters disseminate messages on malaria prevention, good hygiene practices, family planning and teenage pregnancy across the villages served by the PHU. 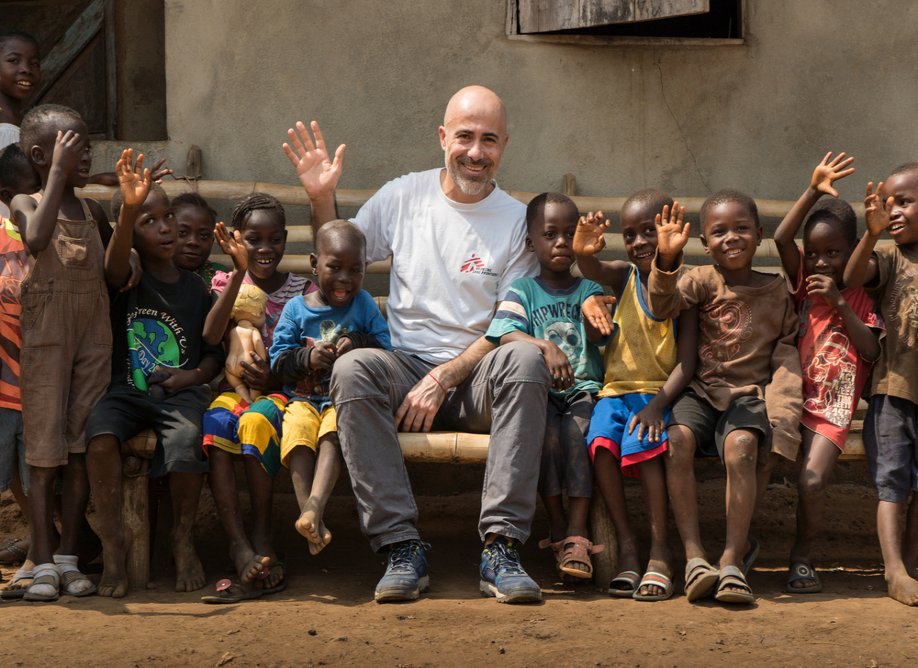 Besides community leaders, health promoters also engage traditional healers and birth attendants in conversations with the communities, acknowledging their role as first responders who can help  a faster referral of patients.

Near Kenema town, MSF is also building a new emergency pediatrics and obstetrics hospital that will focus on reducing maternal and child mortality while helping to develop the country’s health workforce.

Paediatric care services will be provided by MSF hospital from the end of this year through an emergency room, an intensive care unit, an inpatient therapeutic feeding centre (ITFC) and a general paediatric ward and isolation area. The hospital will also have a modern laboratory and a blood bank. A further expansion plan for the structure includes a radiology department as well as training facilities.

Training human resources  is a crucial step to put Sierra Leone’s health system up to speed. A higher number of skilled health workers will improve the services provided in primary health care structures and allow an effective response to disasters and outbreaks.