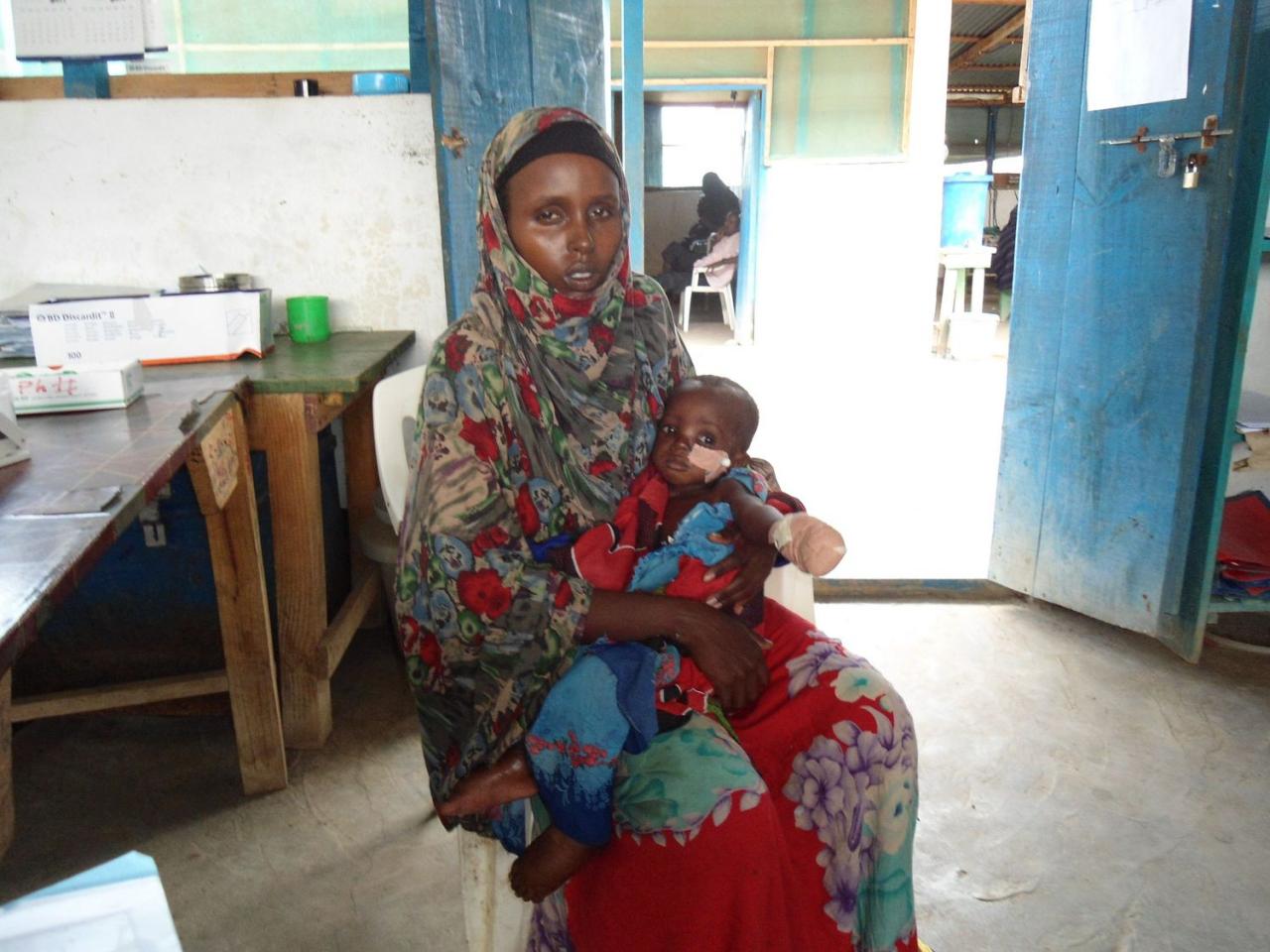 In light of the worsening nutritional crisis in Somalia, the international medical aid organisation Médecins Sans Frontières/Doctors Without Borders (MSF) urges all parties inside Somalia, neighbouring countries and the international community to significantly improve assistance to the Somali population in the region and remove all the hurdles that are currently preventing the expansion of independent aid inside Somalia.

One child in every three acutely malnourished

The current crisis is mostly affecting Somalis. To assess the full needs of the population in Somalia, and to expand the emergency response in this complex environment, independent and immediate access inside Somalia is essential.

With limited assistance available in Somalia, thousands of Somalis are arriving each week at camps in the border areas of neighbouring Kenya and Ethiopia. MSF teams report extremely high malnutrition rates amongst new arrivals, with one child out of three suffering from acute malnutrition.

Together with their families, they face long delays in receiving aid because of an official ‘closed border’ policy, and because of administrative hurdles at reception sites in the camps,  before having to compete for the limited aid available in overstretched, chaotic and overpopulated refugee camps such as Dadaab in Kenya and Dolo Ado in Ethiopia.

Throughout the affected region, MSF is treating over 10,000 severely malnourished children in its feeding centres and clinics.

"But the international community has a shared responsibility to help Somalis seeking refuge by ensuring efficient registration, adequate food rations and shelter in existing and new camps. The current bureaucratic restrictions and obstacles are causing unnecessary delays and all measures should be taken to respond to the emergency.”

Weakened by 20 years of armed conflict, the condition of the Somali population is aggravated by failed harvests due to drought, by dying livestock and by high food prices. Ongoing restrictions on the movement of international aid workers and on the supply lines of their organisations have further delayed and limited the aid available to the population.

“Our feeding centres are operating beyond their original capacity and, compared to last year, are receiving weekly up to seven times more patients in certain locations,” says Arjan Hehenkamp, MSF’s General Director. “We are currently treating more than 3,000 malnourished children inside Somalia: some 600 children under the age of five in intensive therapeutic feeding centres, and more than 2,500 children in ambulatory feeding centres.

"We urgently need to get more resources in to help all those new arrivals and increase our response in all affected regions.”

In various locations, such as in the Lower Juba Valley, spontaneous camps are emerging, populated by up to 5,000 people at a time who have fled their villages and rural areas in search of food and help.

“Fighting in Somalia, restrictions on supply flights and international support staff, and administrative hurdles have all contributed to the current hardship faced by the Somali population today,” says Unni Karunakara, MSF’s International President.

"It is essential that both restrictions and obstacles to humanitarian aid are removed as the situation continues to worsen.”