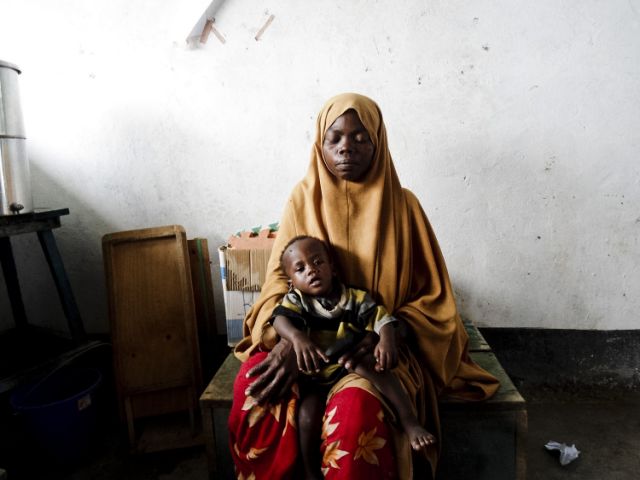 The announcement by one of the main armed factions in Somalia, Al Shabaab, that foreign relief organisations would be welcomed in territories under their control has raised hopes for a desperately-needed scale-up of assistance inside the country.

“MSF has been working continuously in Somalia for over two decades running large-scale medical programs,” said Joe Belliveau, MSF operational manager.  “We have managed to maintain our programmes under Al-Shabaab, but restrictions on supplies and international support staff have prevented us from scaling up further. We hope that the Al-Shabaab statement leads to a lifting of these restrictions.”

MSF teams are fully stretched in various locations inside Somalia, as well as assisting exhausted refugees crossing Somalia’s borders into Ethiopia and Kenya.  “

"Most of our therapeutic feeding programmes in Somalia are running over capacity with more than 3,400 children currently enrolled in our nutritional programmes.

"The past weeks we’ve seen a sharp rise in cases with some people travelling hundreds of kilometres to get access to health care and treatment for their malnourished children,” he added.

Over the past year, the eastern Horn of Africa has experienced two consecutive poor rainy seasons, resulting in one of the driest years in decades in many pastoral zones.

The impact of the drought has been exacerbated by high local cereal prices, excess livestock mortality, conflict and restricted humanitarian access in some areas.

Large parts of Somalia have been ravaged by civil war for over 20 years, and people displaced have great difficulties accessing the few places where food aid and health care is extended.
MSF treatment centre.

'Ader Mohammud, a 19-year-old mother of one, travelled around 250 km to bring her weakened child to the MSF treatment centre in Galcaayo. For daughter Najmo, 11 months old, the long journey had almost been too late and too long.

“I could not afford the transport cost, I have no support in Galcayo; I survive only with what other patients and caretakers give me,”  says ‘Ader.

She does not know how she will go back home, she believes that selling her exit ration to pay the transport will be the only solution.

The situation is equally dramatic in other areas in Somalia.

“In the town of Marere [southern Somalia] we noted a sharp increase in cases of severe malnourishment amongst people coming from all over the Juba valley,” says Joe Belliveau. “The majority of the hospital beds in Marere are currently occupied by malnourished children in need of intensive care, and additional staff has been recruited to assist.”

Meanwhile, tens of thousands of Somalis have been fleeing to Kenya and Ethiopia in search of assistance.

View of photo story of what life is like in Dadaab

The sprawling Dadaab refugee camp in eastern Kenya has seen a rapid growth of new arrivals.  An assessment on the outskirts of one of Dadaab’s camp sites, MSF teams found extremely high malnutrition rates amongst the new arrivals.

As a consequence, MSF admitted 320 children to their In-patient therapeutic feeding centre in June alone – three times as many as in the same month last year. The survey also found that 43.3 percent of children aged five to 10 are malnourished.

In addition, MSF is very concerned about delays in the assistance provided to the newly-arrived refugees. Since the 30th June, refugees have received food for 15 days upon arrival, but are told to wait as long as 40 days for the second food ration.

“Families arriving in Dadaab are seeking a safe haven, and it is unacceptable that they should be made to wait this long to receive even the most basic form of assistance, food and water,” said Emilie Castaigner, acting MSF head of mission in Kenya.

On arrival the transit camp in Ethiopia, before reaching the camps where they are reallocated, 37 percent of children under five years old screened by MSF are malnourished. MSF is currently treating more than 6,800 children in these nutritional programmes.

“MSF is increasing its capacity [in these camps] but the operational limits are being reached," explained Alfonso Verdú, head of MSF operations in Ethiopia."The engagement of other organisations to the nutritional crisis is essential while the present ones should uphold their responsibilities to avoid the deaths of many vulnerable people."