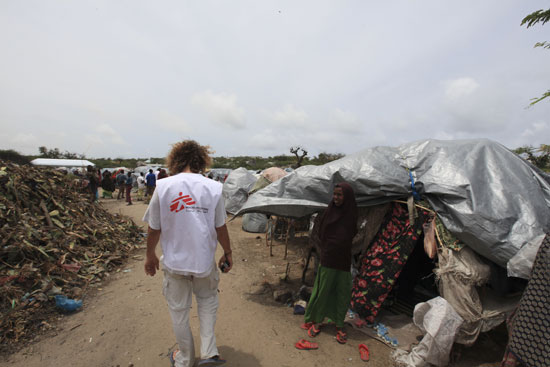 Somalia: no time to waste in Mogadishu

A food crisis in Somalia is affecting millions. Children are dying, families are fleeing to refugee camps and pressure is mounting – even in the capital Mogadishu.

David Michalski, emergency coordinator, and Said Hassan, field coordinator, recently left Mogadishu after launching the MSF response there. In this interview they describe the humanitarian situation and the first steps of MSF’s response.

After two weeks as an Emergency coordinator in Mogadishu, David Michalski resumed his role as MSF coordinator of operations for Ethiopia, Somalia, Bahrain and Somaliland based in Dubai.

Saeed Ibrahim Hassan started working with MSF in 2006. A Kenyan-Somali, he has been part of teams working both in both Kenya and Somalia. After two weeks in Mogadishu, he is now back in Egypt where he is supporting the mission with emergency preparedness .