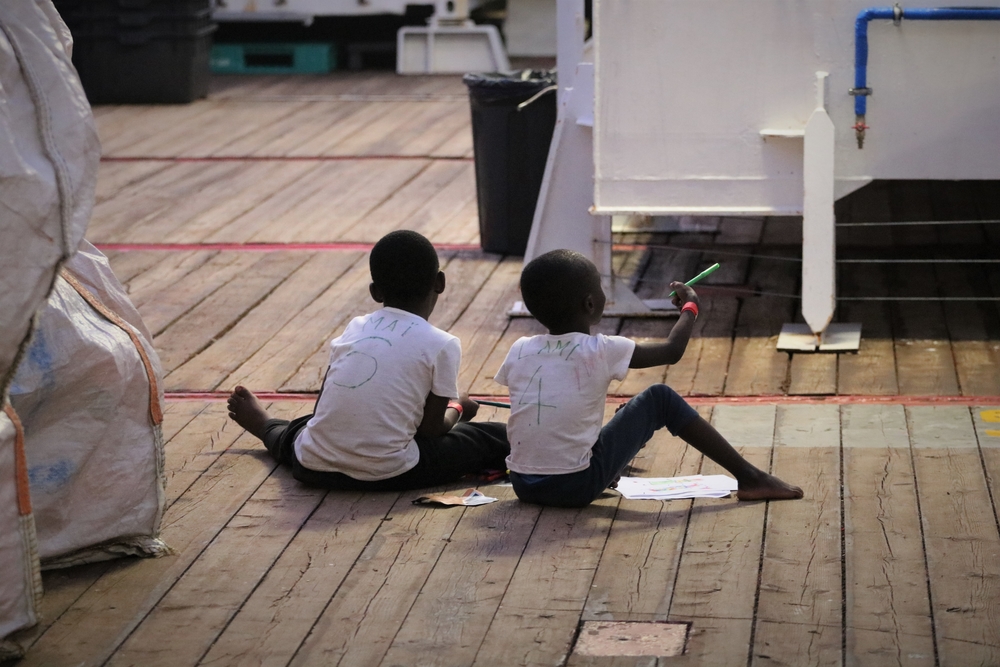 13 August, 2019 - After four consecutive days of lifesaving search and rescue operations in the Central Mediterranean, there are 356 vulnerable men, women and children currently on board the Ocean Viking. Médecins Sans Frontières (MSF) and SOS MEDITERRANEE have now formally requested that the Maltese and Italian maritime authorities take on coordination and support finding a place of safety, as the next closest coordination centres able to assist, given the lack of response to requests for a place of safety from the Libyan authorities.

“Among the survivors are those bearing the harrowing signs of physical and psychological violence experienced during their journey through Libya. The sobering reality is that there is an ongoing conflict in Libya where many vulnerable migrants and refugees are trapped in detention centres on the frontline,” said Jay Berger, MSF Project Coordinator onboard the Ocean Viking. “We are now asking for a place of safety to disembark these vulnerable people without delay. They have suffered enough.”

Despite being contacted throughout four rescue operations that took place from August 9 to 12, the Libyan Joint Rescue Coordination Centre did not respond to any alerts from the Ocean Viking, except to ask that the ship disembark survivors in Libya. However, this is contrary to international law, and MSF and SOS MEDITERRANEE will not return survivors to Libya under any circumstance. 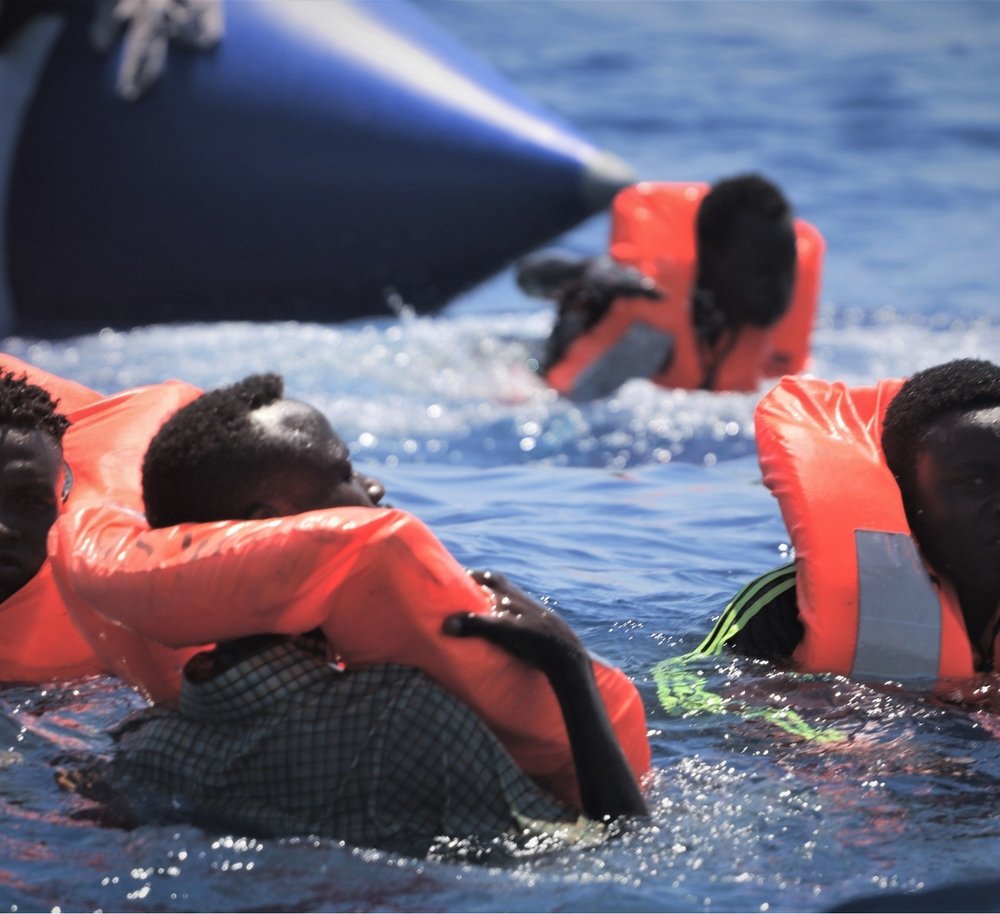 MSF/Hannah Wallace Bowman
Minutes after lifejackets were distributed, a rubber tube on the fragile boat burst, causing people to fall into the water. All 105 people were rescued and safely brought on the the Ocean Viking.

Further to this, the Libyan authorities have failed to identify an alternative place to disembark rescued people that meets the requirements of international law. With no place of safety designated, the Ocean Viking is now headed north.

“All the rescues we conducted only resulted from a meticulous observation of the context surrounding us. Maritime authorities did not share any information with us” said Nick Romaniuk, SOS MEDITERRANEE SAR Coordinator onboard the Ocean Viking. “Only once were we able to establish radio contact with one of three EU aircrafts spotting rubbers boat in distress. This shows how States are not putting their duty to save lives first”.

An overwhelming majority of people report to have experienced either arbitrary imprisonment, extortion, being forced to work in slavery-like conditions or torture during their journey. Of the total of 103 children under the age of 18 now safely on board the OV, only 11 of them are accompanied by a parent or guardian.

“People, including underage minors, have described being tortured with electric shocks, beaten with guns and sticks, or burned with melted plastic. They tell me how they still feel the pain from their wounds and scars sustained during their time in Libya,” reported Dr Luca Pigozzi, MSF Medical Doctor on board Ocean Viking.

MSF and SOS MEDITERRANEE expect European authorities to follow international law and promptly assign a place of safety for the disembarkation of all on board the Ocean Viking.

The Ocean Viking is operated in partnership by SOS MEDITERRANEE and MSF. For more information on the rescues visit https://onboard.sosmediterranee.org/