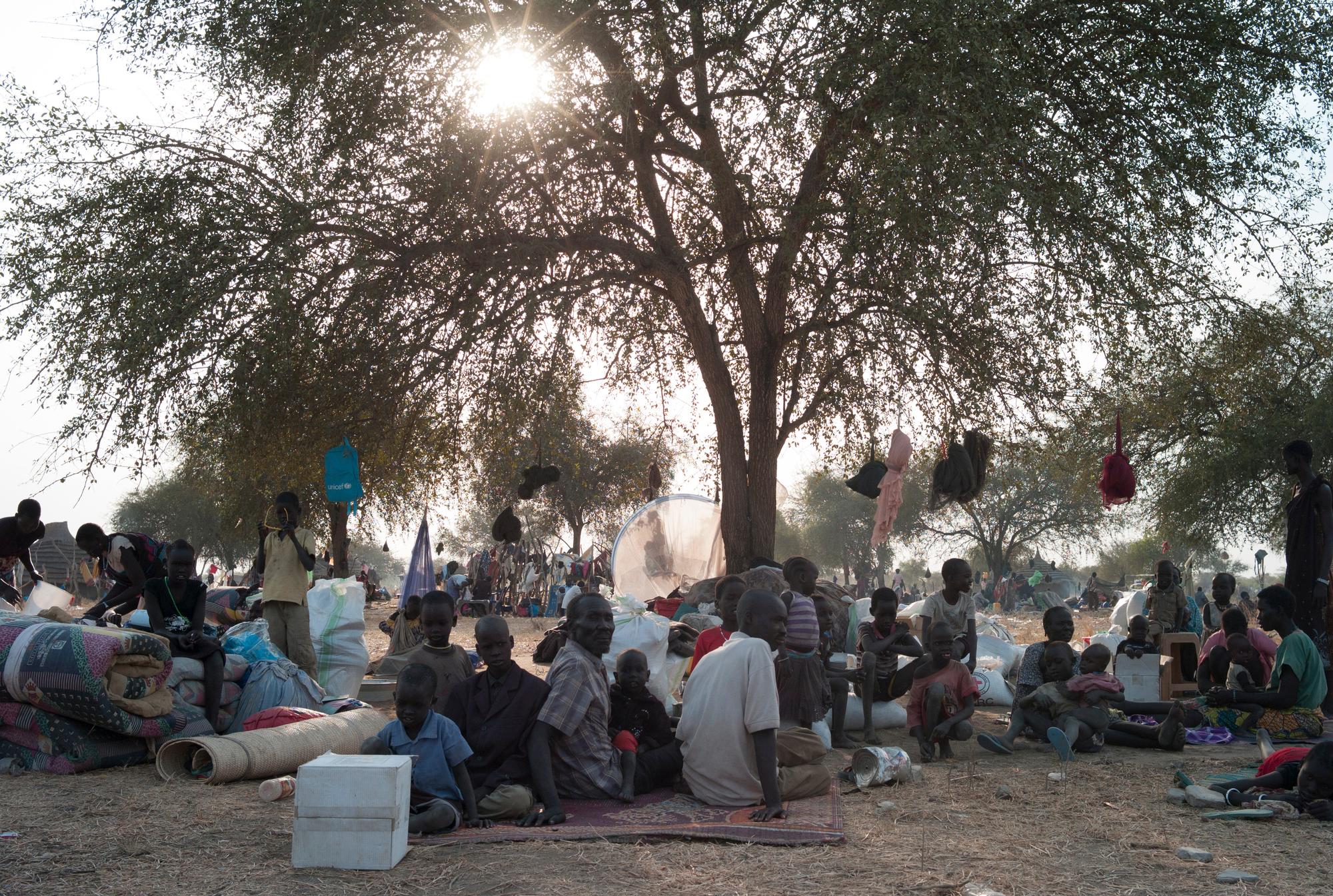 South Sudan: 75,000 people shelter on banks of the Nile

Every day, boat after boat arrives at Awerial, on the west bank of the Nile in Lakes state, carrying people fleeing the violence in Bor, the capital of neighbouring Jonglei state. Mostly women and children, they carry the few belongings they could salvage. In just two weeks, more than 75,000 people have arrived in Awerial town.  See Awerial Photo Gallery on RTE

The town, usually home up to 10,000 people, is teeming with displaced families. While some have been taken in by relatives, most are living in the open.

Many families have set up camp under trees, which provide them with some sort of shade during the day. Their living conditions are desperate, but with fighting continuing in Bor, Awerial still represents the safest option.

Mary Aluer, 19, was studying in Kenya, but had returned to Bor to spend Christmas with her family when they became caught up in the fighting.

“It happened around midnight,” says Mary. “Everyone scattered in every direction. We took the children, carried what we could and ran away.

When we arrived in Awerial, the place was already packed. You put your belongings where there is shade and you stay there.

During the day it is fine, but it gets very cold at night. Many children are sick, mostly suffering from diarrhoea.”

Boreholes dry by 10am

In the local market, supplies are running low and prices of basic commodities have shot up. There is a serious shortage of clean drinking water, and no latrines, putting people in Awerial at risk of disease outbreaks.

“Clean water is a particular problem, as the town's five boreholes run dry by 10 am,” says David Nash, MSF’s head of mission in South Sudan.

“The only real source of water is the Nile, and the quality of the water is not good. The same water used for drinking is what people are using to wash their clothes and bathe as well. There are no latrines either.”

An MSF team is pumping water from the Nile and treating it to provide people with safe water for drinking.

Jacob Simkin/MSF
MSF medical staff are providing the displaced people with basic healthcare in two clinics in Awerial town, one set up in a primary school, the other in the Ministry of Health hospital.

“We are seeing about 150 patients every day, most of them suffering from acute watery diarrhoea, chest infections and malaria,” says Dr Mussa Ousman, MSF’s medical referent.

“Today we have also set up an inpatient department to deal with severely ill patients, and we have secured space for pregnant women to deliver safely.”

The displaced people living in the open in Awerial, without adequate food or drinking water, are desperately in need of help, and MSF has called on other organisations to step up their assistance as a matter of urgency.