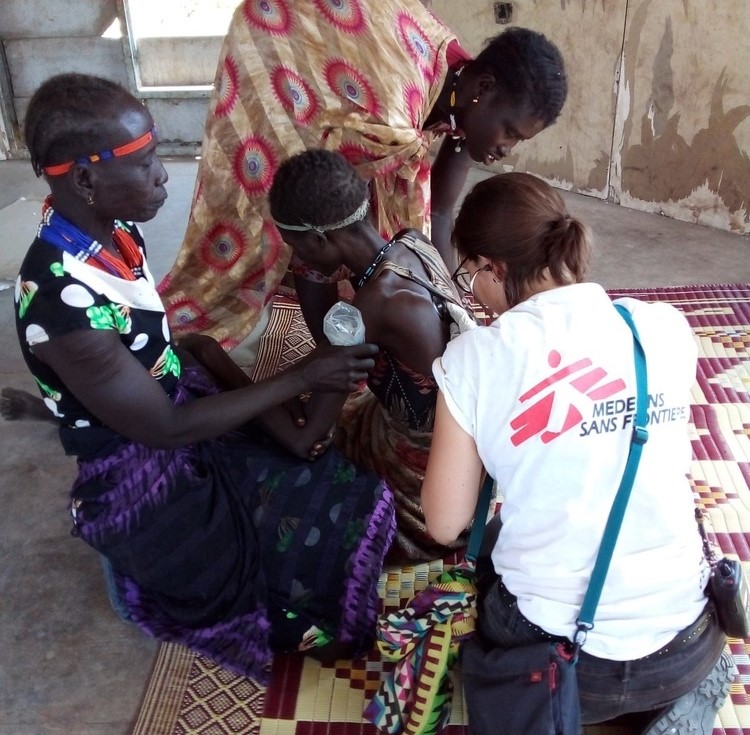 South Sudan: “A chain of women surrounded us, spreading their clothes wide to keep us out of sight”

MSF medical advisor Alyssia Ferrarese has just spent two months in Boma county, South Sudan, as part of a small team assessing people’s health needs and running mobile clinics in remote villages. Living conditions were tough and the work was challenging, but these were more than made up for by moments of deep connection with the local community, say Alyssia.

A sense of relative calm

“When I first arrived in Boma county, in Jonglei state, I had some difficulty believing I was really in South Sudan.

The atmosphere was so different from what I had experienced on my two previous assignments in the country. 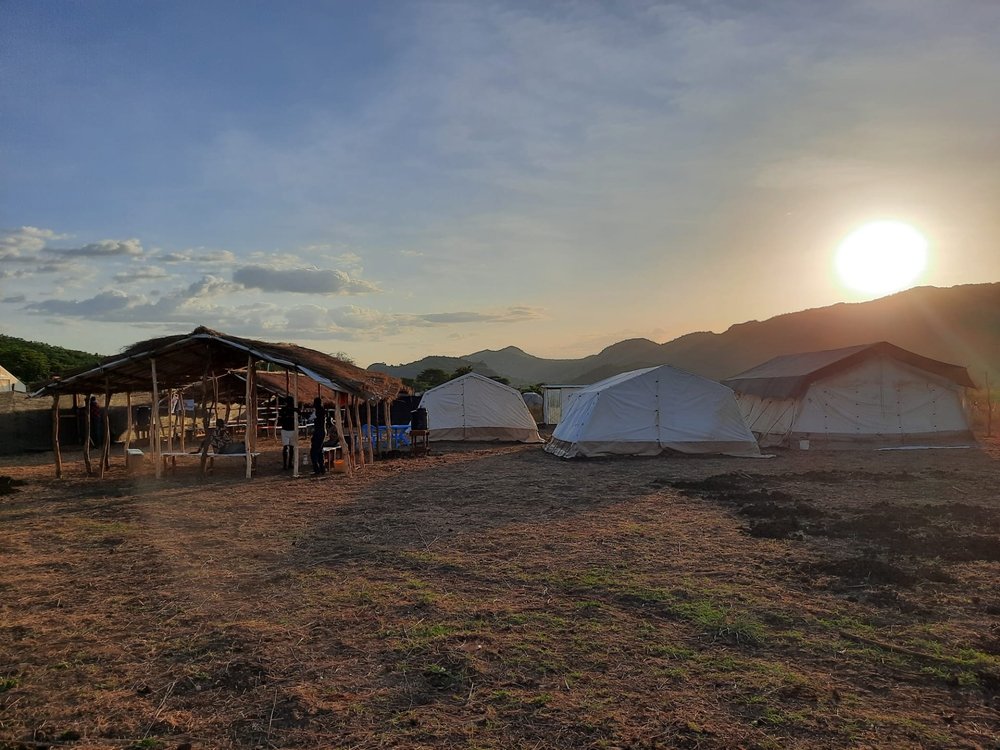 Amandine Colin/MSF
The day before the opening of the MSF facility in Maruwa, everything is set up and ready to welcome the first patients. 2 tents will host the consultations, while the third one will be used for a 4-beds observation room until the next dry season.

Just a few years ago, the various ethnic groups found in Boma county – some semi-nomadic pastoralists, others agriculturalists – were fighting each other and the region was plunged into bloody and traumatic conflict.

But these days, there’s a sense of relative calm in some regions. The pastoralists and the agriculturalists live with each other in relative harmony and a peaceful atmosphere within Itti town.

Itti town is the health and trade centre for the county, home to its main market and its only clinic. 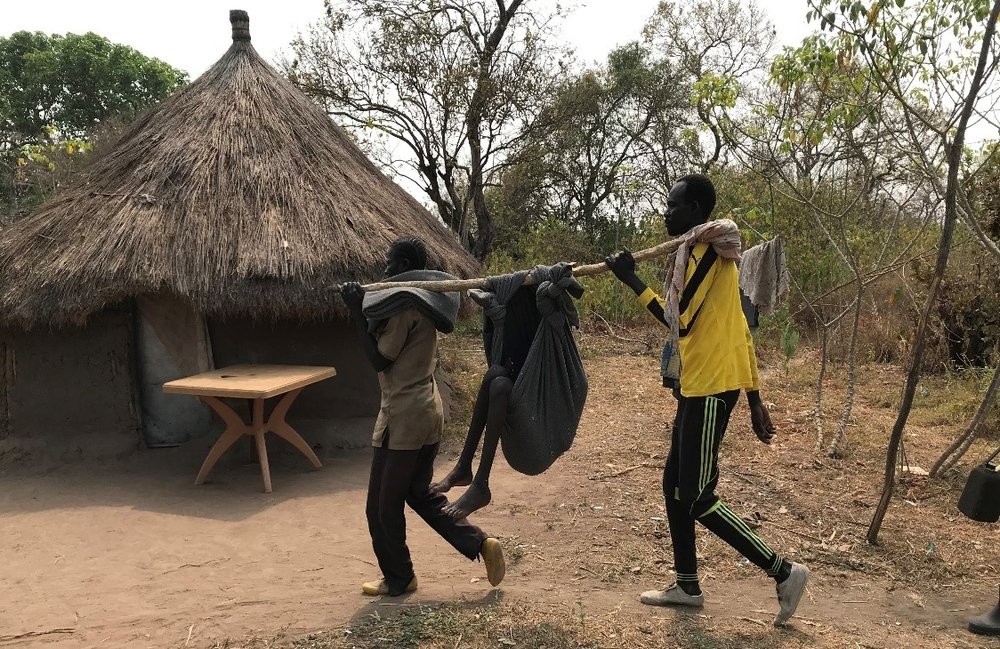 A young patient is carried in a makeshift stretcher to our mobile clinic in Labarab.

The pastoralists trade their cattle with each other, women from different ethnic groups gather in the market to sell their wares, and all groups benefit from the healthcare in the clinic.

Outside the town, access to healthcare is poor – and even non-existent in many remote and isolated places, because of a lack of health facilities and because of the extremely challenging geography.

People are spread over a vast territory and it can take up to three days on foot to reach the clinic in Itti.

This is challenging in the dry season, but even worse in the rainy season, when walking is difficult and driving impossible.

Arriving in Itti town, we didn’t know how we would organise our day-to-day work – this would depend on what we found when we visited the villages.

In the beginning, we had no MSF vehicles, so we explored sites nearby, reaching villages on foot, by renting tractors or sometimes by renting private vehicles.

"The number of patients in our mobile clinics was way higher than expected – in just six days we received more than 1,000 patients"

But as soon as two MSF vehicles arrived in Itti, we were able to explore the most remote and isolated places – such as the villages of Maruwa, Labarab and Kassangor – and to start organising mobile clinics in these sites. 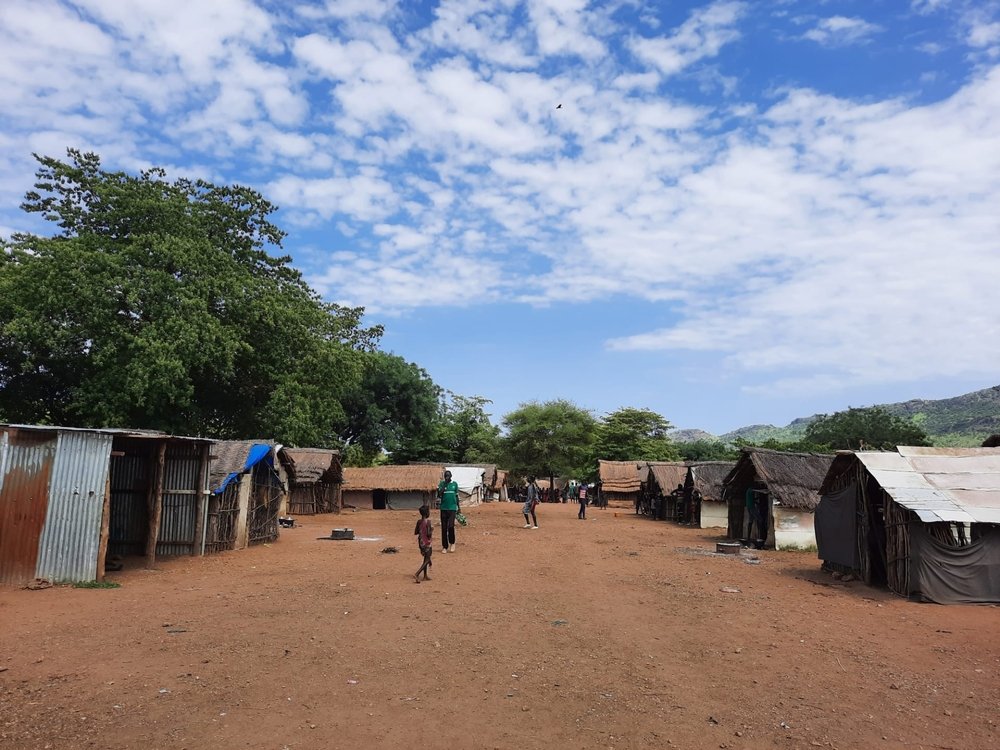 The village of Maruwa is located 52km north of Boma. It hosts over 25,000 people, mainly Murle cattle keepers.

At first, we had some logistical difficulties, as we had only one pick-up vehicle and one hard-top vehicle, which between them had to carry our nine-person team plus all of our camping equipment and mobile clinic supplies.

Loading and organising the cars was a tiring physical and mental exercise, but our team succeeded thanks to people helping each other.

Even the many flat tyres we got on the road didn’t prevent us achieving our objectives. 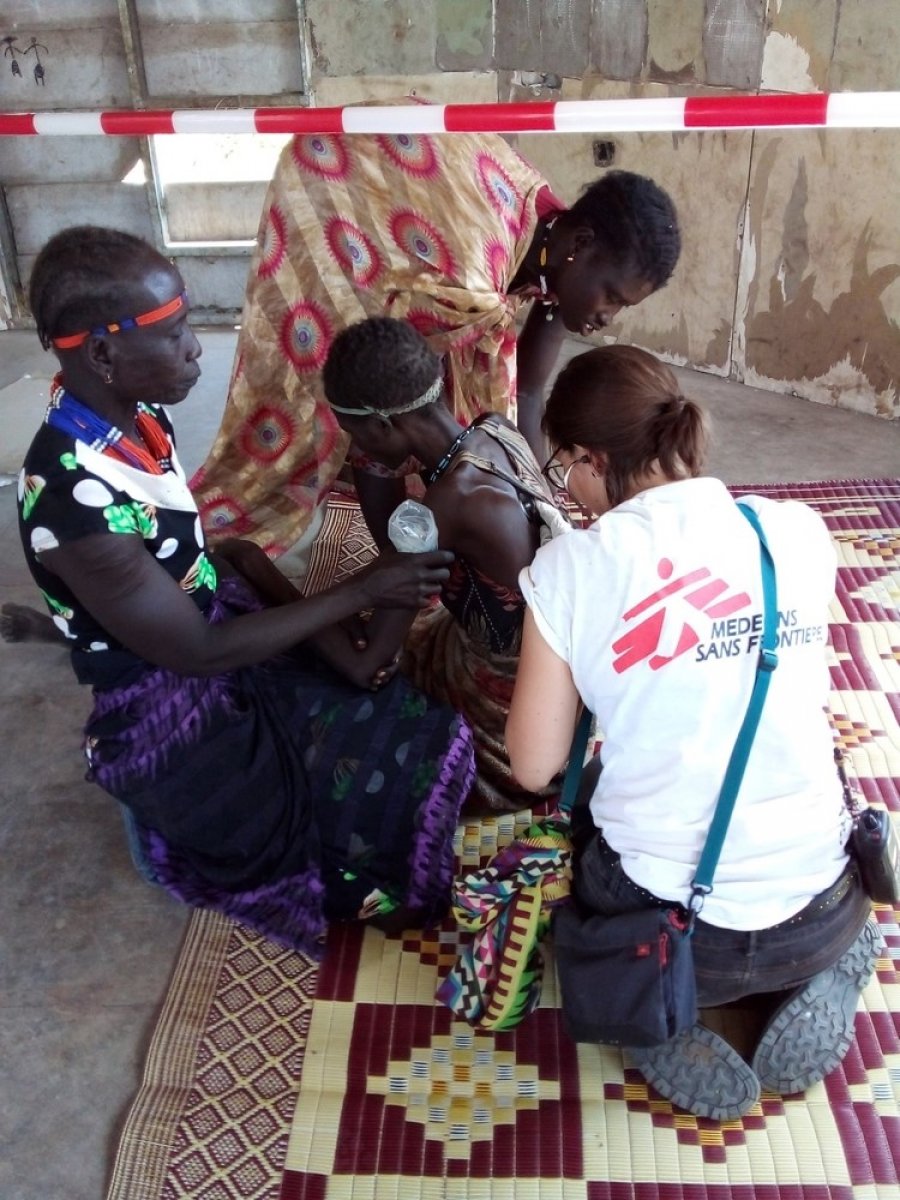 The living and working conditions were also very tough.

We camped and worked for days at a time in isolated places, in exhausting heat, attacked by flies, with difficult access to water (in Labarab there was nothing except river water) and a lack of means to ensure basic food hygiene. 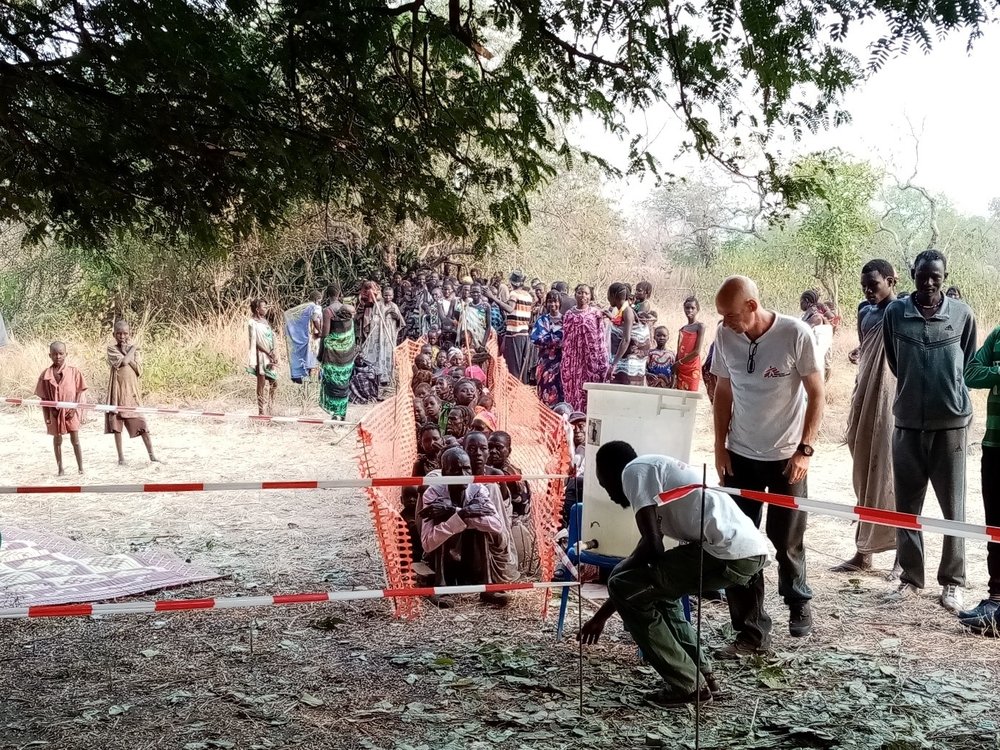 ©Alyssia Ferrarese
Patients queue up early in the morning before the mobile clinic open’s in Labarab.

These conditions caused us all to fall sick. But fortunately, thanks to a tight-knit team in which we all took care of each other, being sick did not overcome our determination to carry out our work.

The number of patients in our mobile clinics was way higher than expected – in just six days we received more than 1,000 patients.

"I was not alone"

I experienced so many memorable moments in Boma county, from the sounds and songs of the Labarab’s cultural ceremonies, under the light of a starry sky and a myriad of fireflies, to the celebration day on which the Jyie testified their will for peace through traditional dances, adorned with their most beautiful beads. 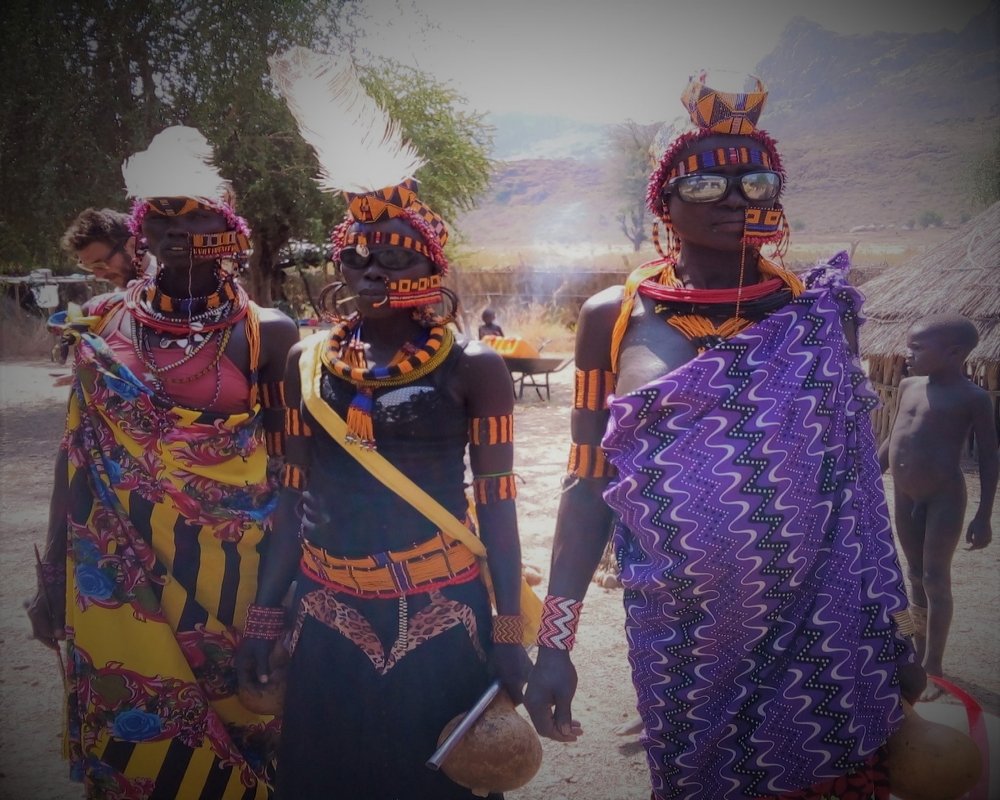 ©Alyssia Ferrarese
Jyie women dress up for a peace celebration.

But the experience that marked me the most was on the first day of our mobile clinic in Maruwa.

That morning, two traditional birth attendants came to us with a pregnant woman because they were concerned about her coming delivery. Last time she had suffered convulsions in labour and her baby had died.

As I examined the woman, I realised that she was actually already in labour and about to give birth in our mobile clinic.

"I and the women around me didn’t speak the same language, but the looks and the smiles we exchanged were so intense that we could understand each other"

I immediately felt stressed because I wasn’t prepared for this kind of situation, because we had no means to handle any obstetrical complications, and especially because I hadn’t delivered a baby in a really long time. 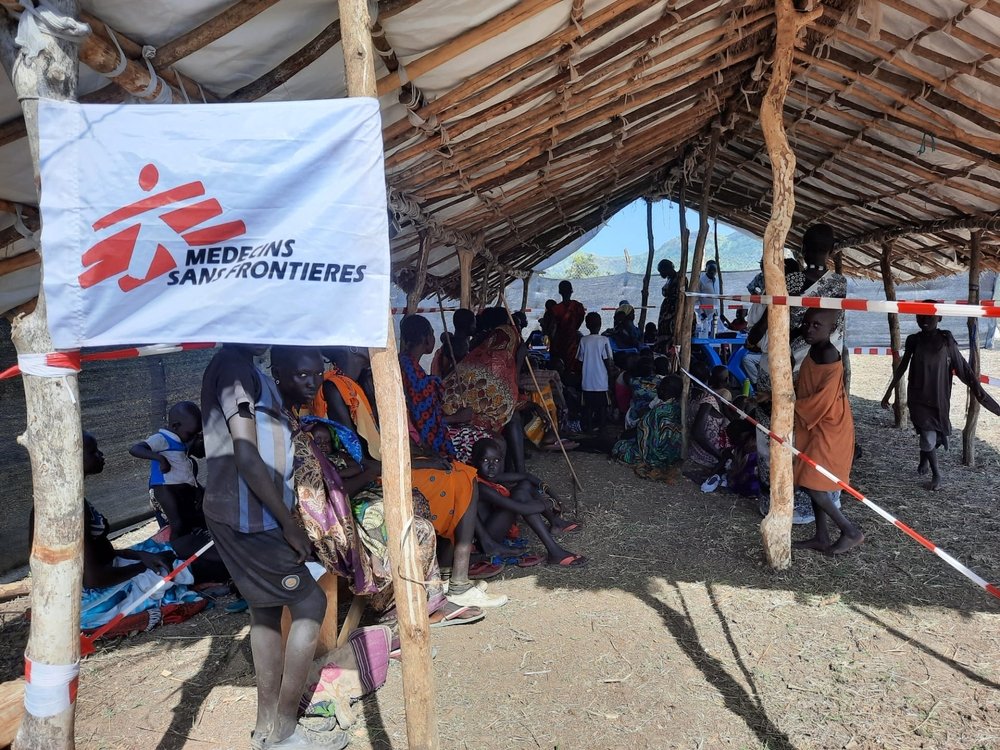 Amandine Colin/MSF
People wait in the triage area to be registered and their parameters checked before going to the consultation. In the first day of activities in Maruwa, 122 patients got consulted.

However, I quickly understood that I was not alone.

The courageous mother was standing up, torn by close contractions. She was supported behind by two traditional birth attendants, while a third attendant, Mary, knelt in front of her, ready to receive the newborn.

A chain of women surrounded us, spreading their clothes wide to keep us out of sight.

Beyond this circle were other women of all ages, encouraging the mother in labour.

I knelt down beside Mary, asking her to show me how to help the mother deliver. She motioned me closer and put my hands next to hers. 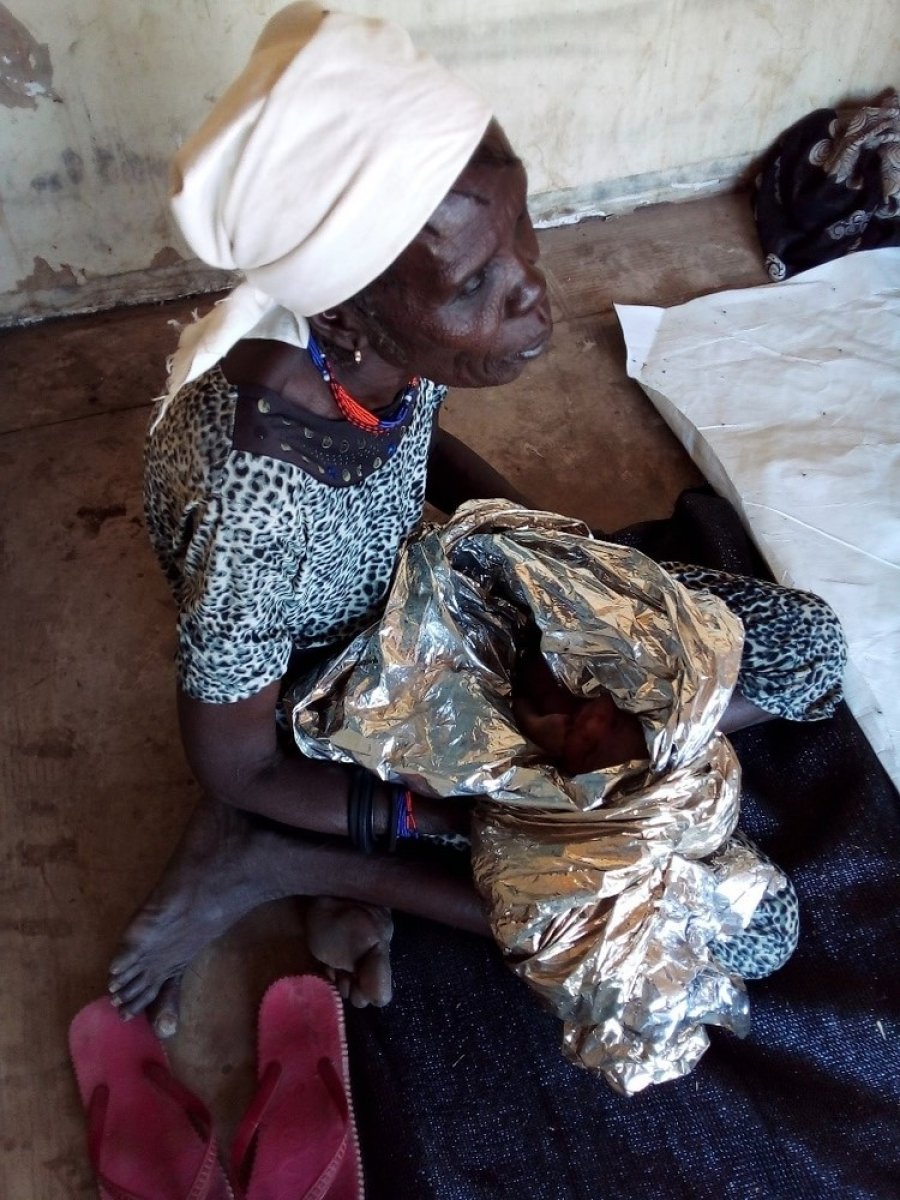 At that moment, the mother suddenly squatted and, in a matter of seconds, a baby boy was born and filled the place with his cries.

I can’t describe the energy I experienced at that moment.

I and the women around me didn’t speak the same language, but the looks and the smiles we exchanged were so intense that we could understand each other.

I felt so honoured that the traditional birth attendants had shared their knowledge with me and that these women had welcomed me into this circle of life. 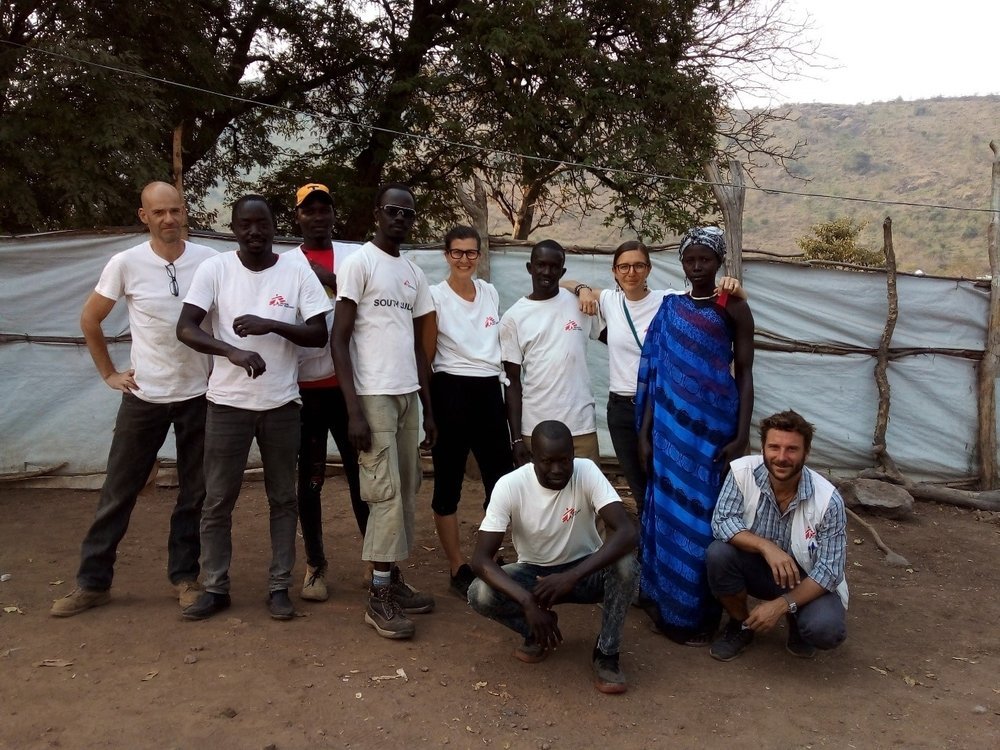 I will always remember Mary’s trust when she proudly presented me with the baby boy.

What inspired me the most during my time in Boma county was the population’s will to build peace among themselves in order to invest in a better future for their children and their community.”