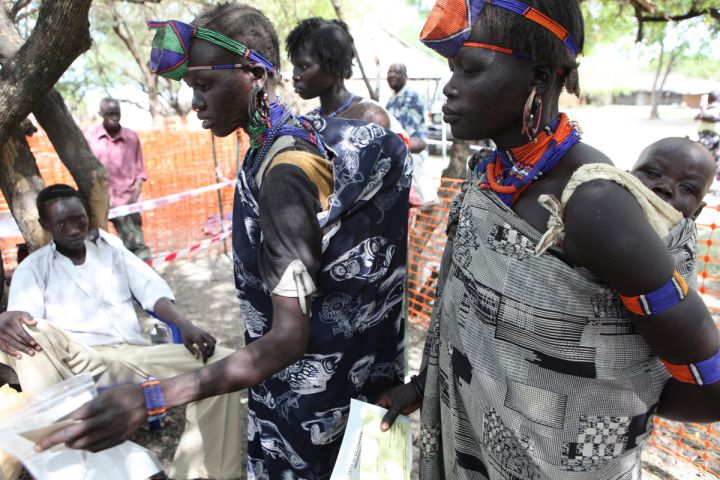 Following three separate security incidents in one of its remote healthcare clinics, MSF has been forced to suspend all activities in Gumuruk, Jonglei State, in southern Sudan.

MSF is calling on all armed groups, community members and political parties in southern Sudan to respect the neutrality of MSF medical staff, activities and facilities, so that lifesaving aid can be urgently delivered to people in need.

“Attacks on our staff and clinics prevent us from providing essential medical aid. These incidents are totally unacceptable as they stop us from accessing patients and put our staff at risk,” said Rob Mulder, MSF Head of Mission in Southern Sudan

MSF runs a primary healthcare centre in Pibor town, Jonglei State, and from there also runs two smaller outreach clinics in more remote areas, Lekwongole and Gumuruk, which are only accessible by plane or boat during the current rainy season.

“Though we are fully committed to providing emergency medical aid to Gumuruk community, we have been left with no other choice than to suspend all medical activities in our outreach clinic,” added Mulder.

Complex medical cases requiring hospitalisation are referred to MSF’s bigger clinic in Pibor, from where serious cases in need of surgery are evacuated by MSF plane to hospitals in Boma, or in the capital, Juba.

Unless access to this community improves, it is impossible to evacuate those who need hospitalisation or surgery, including women with obstructed labour, children with cerebral malaria or severe anaemia who need blood transfusions,” said Gbane Mahama, MSF Medical Co-ordinator.

Apart from a small Ministry of Health facility in Pibor town, MSF is the only primary healthcare provider in this part of Jonglei State, home to around 150,000 people, where villages are separated by large distances and roads are often impassable.

MSF has been working in Sudan since 1979 providing free-of-charge medical assistance to people suffering from the effects of poor access to healthcare, floods, droughts, disease outbreaks, armed conflict and nutritional emergencies.