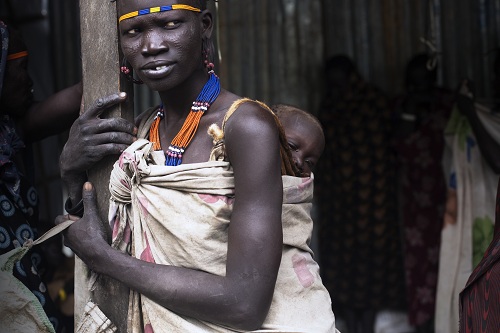 Fear and floods are keeping people from seeking assistance in Pibor County, in South Sudan’s Jonglei state. Around 90,000 people are still missing, hiding in fear the bush. Some 28,000 people are accounted for, but few of these people are receiving the assistance they need.

In May, fighting between the South Sudan Army (SPLA) and the David Yau Yau militia group intensified and forced almost the entire population of Pibor County to flee into the bush. In July further intense violence between the Luo Nuer ethnic group and the Murle, the predominant ethnic group in the area, caused a new wave of panic.

Around 28,000 people have been accounted for by local authorities in and around Gumuruk village, where Médecins Sans Frontières runs a health centre. But, despite this being one of the few accessible places in this swampy and insecure region, assistance for them is slow to arrive and UN registrations have only restarted in the past days.

Hiding in the bush

The Médecins Sans Frontières clinic in Gumuruk is small but very busy, providing 90 to 100 consultations per day for people who are suffering from diseases that are the direct result of hiding in the bush for weeks or months in the rainy season; pneumonia and other respiratory diseases, malaria, diarrhoea and now malnourished children.

“Most lost their cattle in the recent fighting, and this year’s planting season was plagued with violence, so they are extremely vulnerable. Too many of them turn and walk back through the rain to their temporary shelters in the evening, their bags empty.”

Another concern is that the surgical team deployed to Gumuruk has seen virtually no cases of men wounded in the fighting, despite accounts of the brutality of July’s clashes.

“We have treated almost 20 children and women with badly infected wounds, but only one man has come to us for surgery on a bullet wound,” says Martial Ledecq, Médecins Sans Frontières surgeon in Gumuruk.

“The last major clashes we are aware of in the bush were about a month ago. Anyone with a serious wound is unlikely to have survived this long.”

From the accounts of patients who come to the clinic, it seems some are frightened of coming to seek assistance in places where there is a military presence.

“My husband does not dare enter the village as he is afraid he will be killed,” says a woman who sought treatment at the clinic and says her husband is also ill. “If we run to the town the soldiers might kill us, and if we run to the bush the enemy tribe might kill us.”

“There are many other people in the bush who are sick,” says a man who carried his daughter to the clinic with a severely infected gunshot wound in her shoulder. In his weak state and with the rains deepening the flood water, a two-hour walk took him two days. “If they cannot come to the clinic soon, they will die,” he warns.

As the rains intensify and the living conditions become ever more precarious, the situation in Pibor County remains critical. Despite the logistical challenges of moving through the vast swamp, Médecins Sans Frontières will expand its efforts to locate the missing 90,000, to assess their condition and to address their most urgent needs.

In the meantime, it is possible to provide aid to the approximately 28,000 people around Gumuruk, and efforts to do so should be increased by all the humanitarian organisations active in Jonglei State.

Note: The widely used estimate of the population of Pibor County is 148,000. Around 30,000 are accounted for in neighbouring countries or displaced in Juba. 28,000 are accounted for by local authorities in Gumuruk area. This leaves around 90,000 people who are either moving through the county in search of somewhere safe or simply missing.