When the floodwater levels started rising in her village, 21-year-old Nyabeeli and her husband were torn about what to do. Leaving their land, which they relied on for food, was a tough decision. “We spent three days moving. It was challenging, with four children and a herd of goats,” she says.

Eight months on since flooding began, people in Unity State, northern South Sudan, continue to suffer, stuck in poor living conditions and at risk of outbreaks of infectious and waterborne diseases.

Spread across several makeshift camp sites, they face food insecurity, a loss of income, malnutrition, and a lack of safe drinking water. An estimated 835,000 people have been affected. 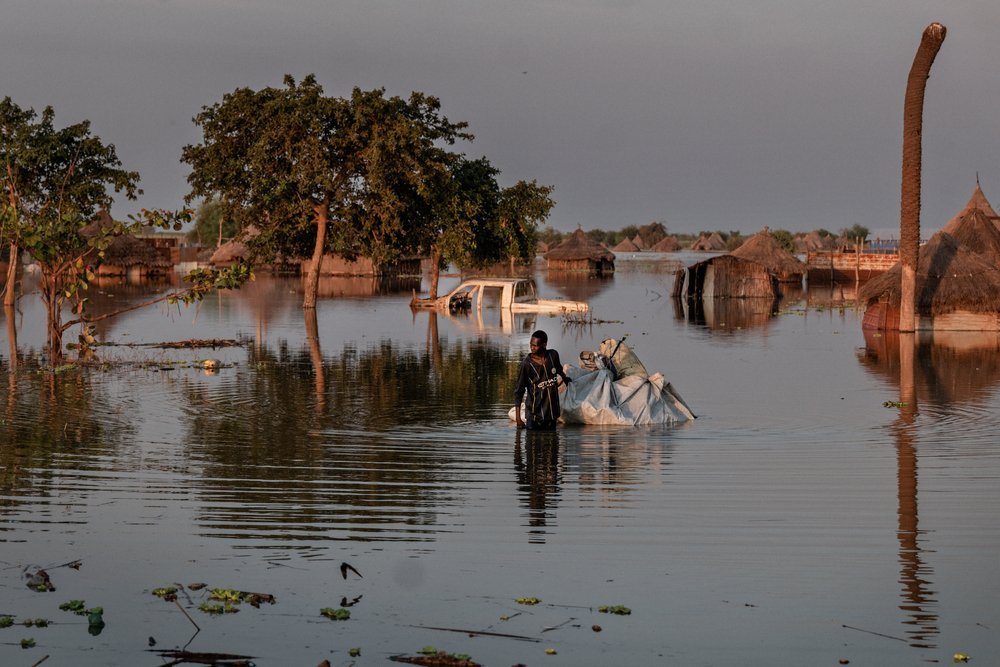 Sean Sutton
A man drags a tarpaulin raft through the flood in Rubkona, Unity State. (December, 2021).

One meal a day

In her village, Nyabeel had relied on cultivating her land and milk from her goats for food.

“We had a more stable life than the one here, now we eat one meal a day of maize.” 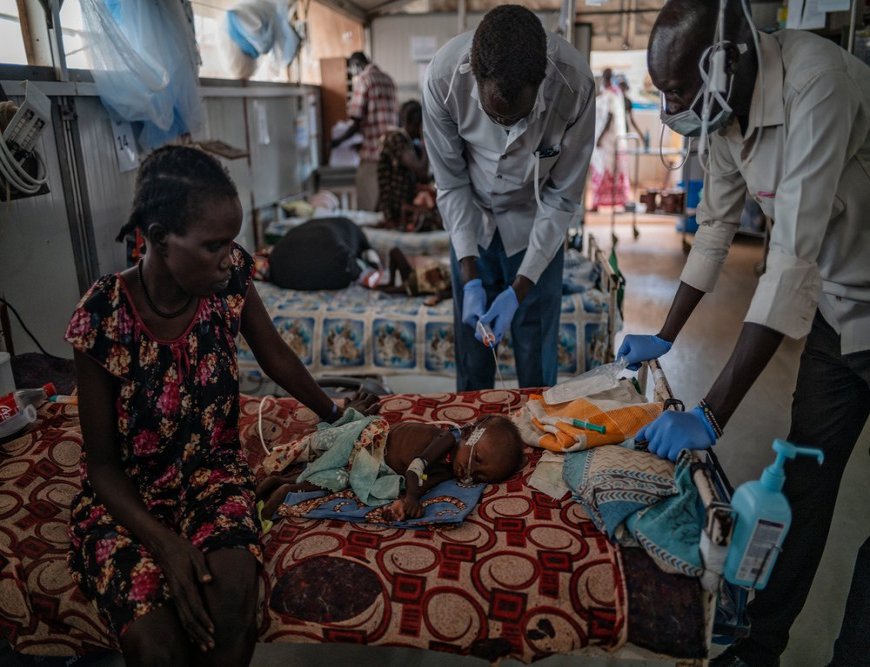 Sean Sutton
Nyanhial and baby Chuong. The children in hospital all have a secondary issue to malnutrition. (December, 2021).

Nyabeel had brought her one-year-old to MSF’s mobile clinic in Kuermendoke camp, Rubkona town, for treatment for severe malnutrition and essential vaccinations.

Kuermendoke is one of three camps that have high percentage of children under five suffering from severe acute malnutrition. 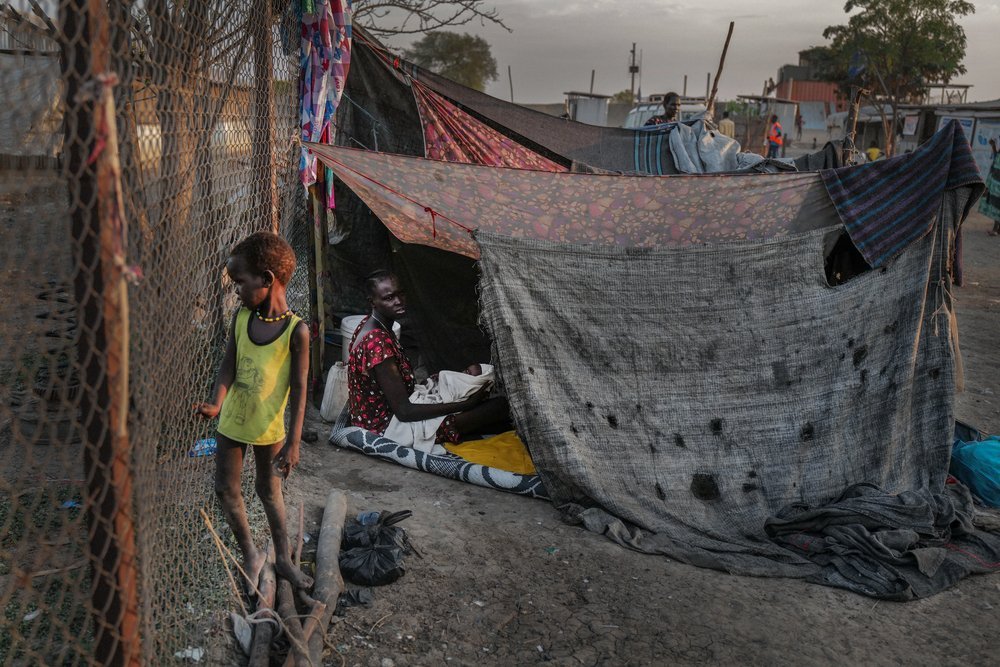 Sean Sutton
Nowal and her one-month-old baby Hoa live in a makeshift camp for displaced people in Rubkona town. (November, 2021).

The impact of the flooding is palpable, says Dr. Eshaghian. 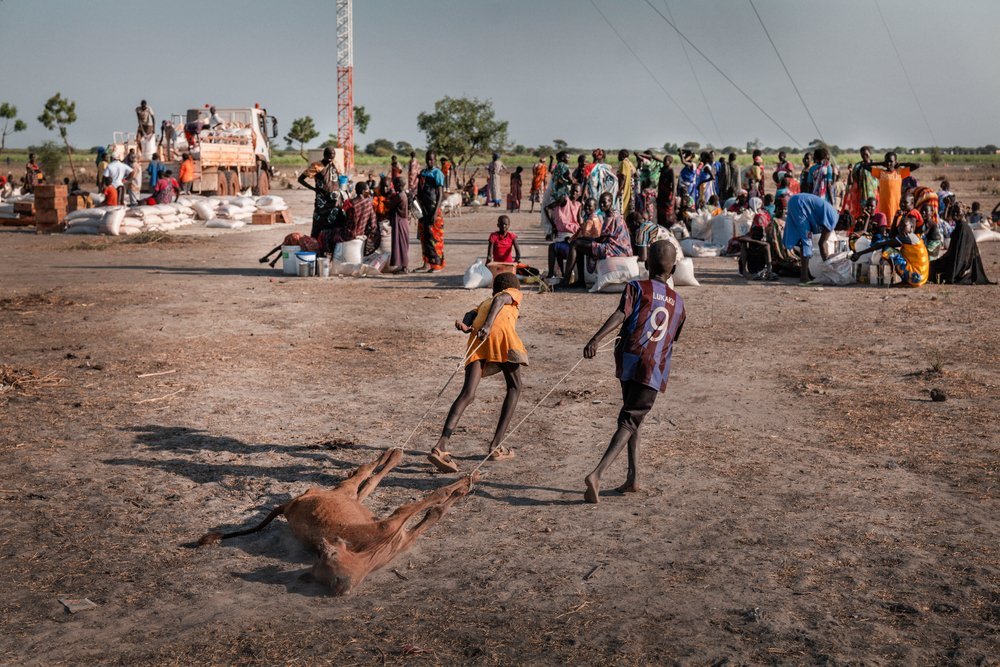 Sean Sutton
Siblings Khol and Nyadeeni drag the limp body of their dead calf from a camp in Bentiu, past a food distribution, and then to an open area littered with goat and cattle carcases. (December, 2021).

“When you walk through the camps, you see malnourished children, people collecting dirty flood water to drink, cattle collapsing and their carcasses everywhere."

Land damage due to floods

Initial FAO2 studies suggest about 65,000 hectares of cultivated land have been damaged due to floods, while over 800,000 livestock died across eight of South Sudan’s 10 states. 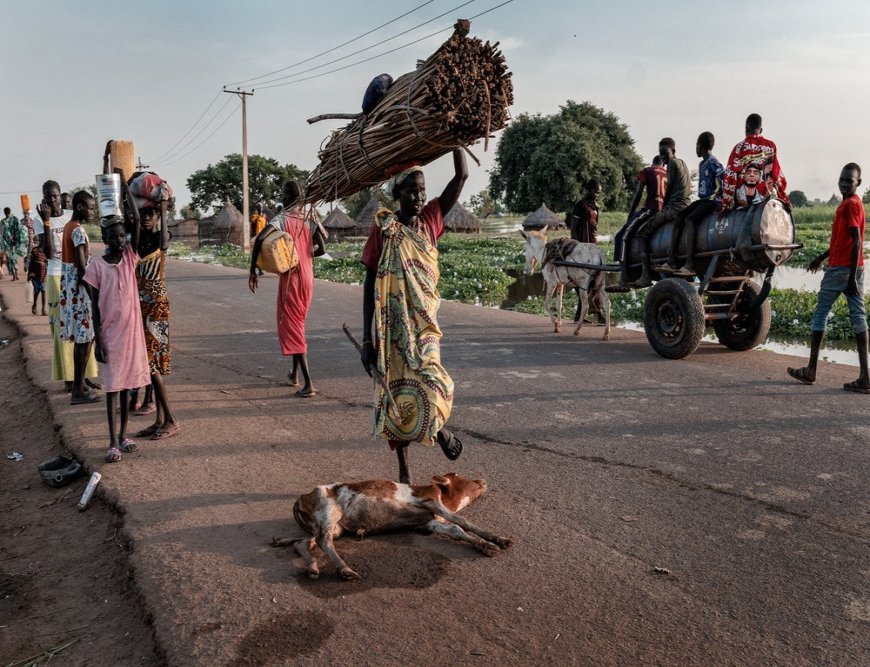 Sean Sutton
A calf just dropped to the ground in the road between Bentiu and Rubkona (December, 2021).

Having lost so much of their cattle, many displaced women are resorting to collecting firewood to make an income. Increases in food commodity prices are making it more difficult for displaced people to get food, however.

With an 80 per cent increase in admissions to the Inpatient Therapeutic Feeding Centre (ITFC), MSF has opened a third ITFC ward at its hospital in Bentiu IDP camp3. 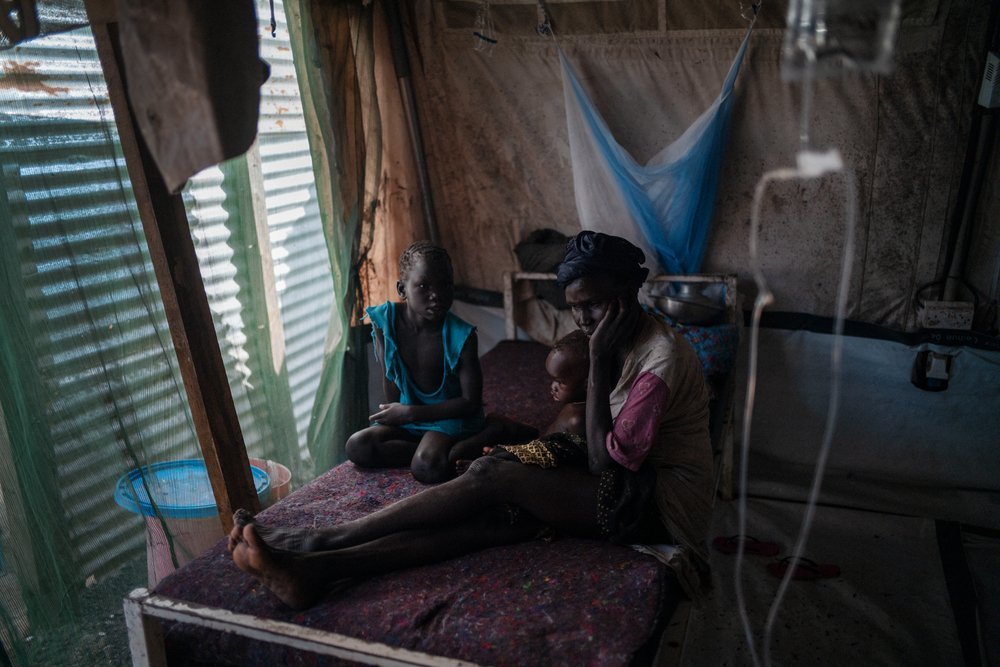 MSF teams are also running mobile clinics that visit camps in and around Mayom region, Bentiu and Rubkona, responding to malaria, malnutrition and acute watery diarrhea. 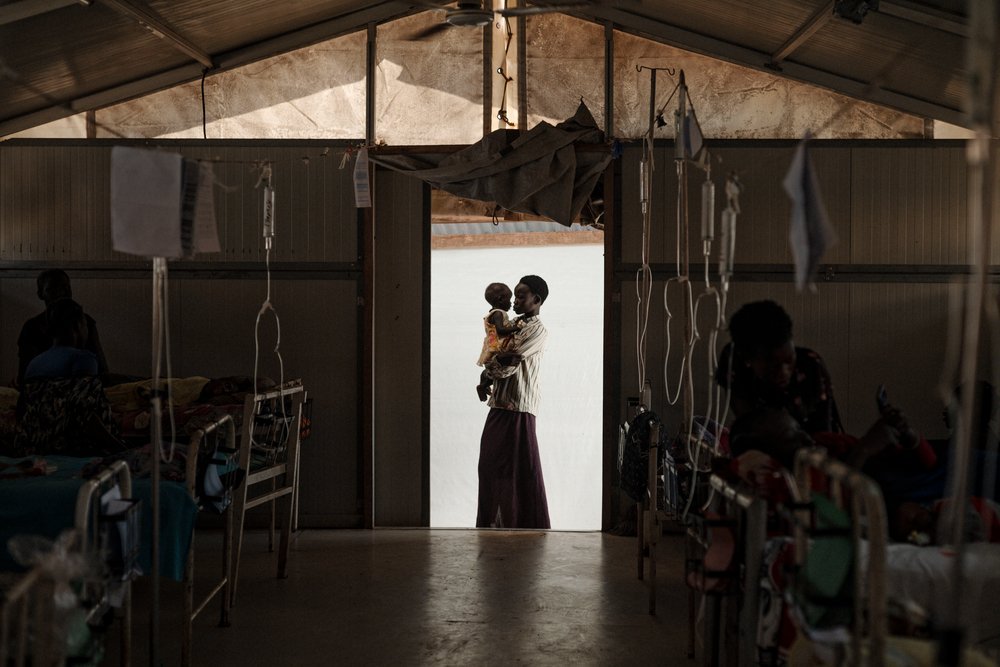 For most of those displaced, it’s become almost impossible to find safe drinking water.

“Our only source of water for drinking, cooking and washing is the floodwater,” says Nyapal, a mother of four. 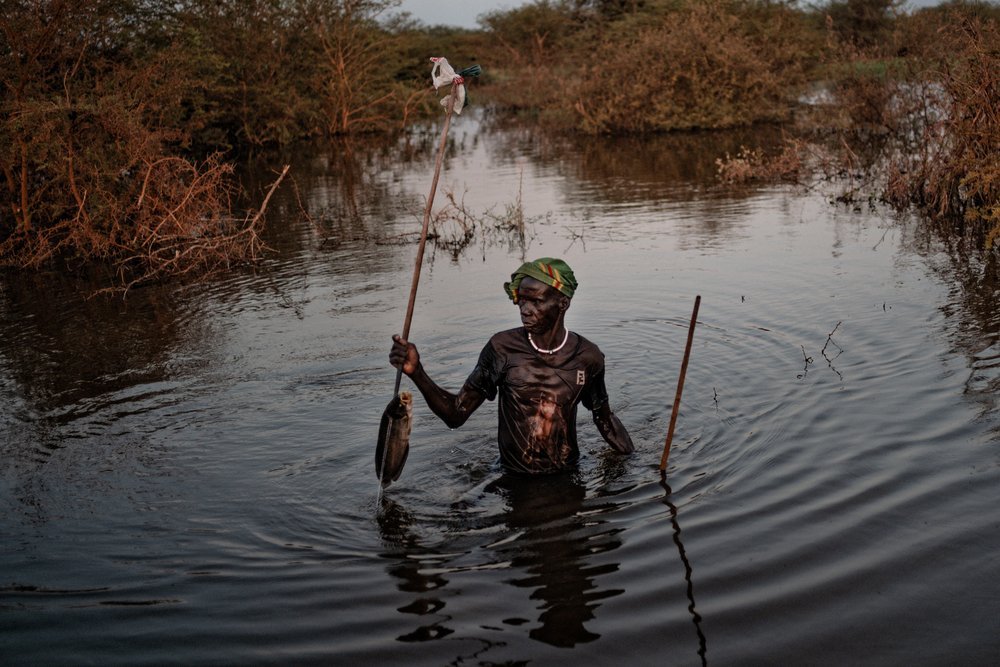 Sean Sutton
A man wades through floodwaters in Rubkona country in Bentiu while he is fishing. (December, 2021).

Before the flooding around Bentiu, sanitation facilities in the IDP camp were already in a critical condition and rarely maintained.

“For a while, flooding meant it was impossible to access the waste treatment ponds." 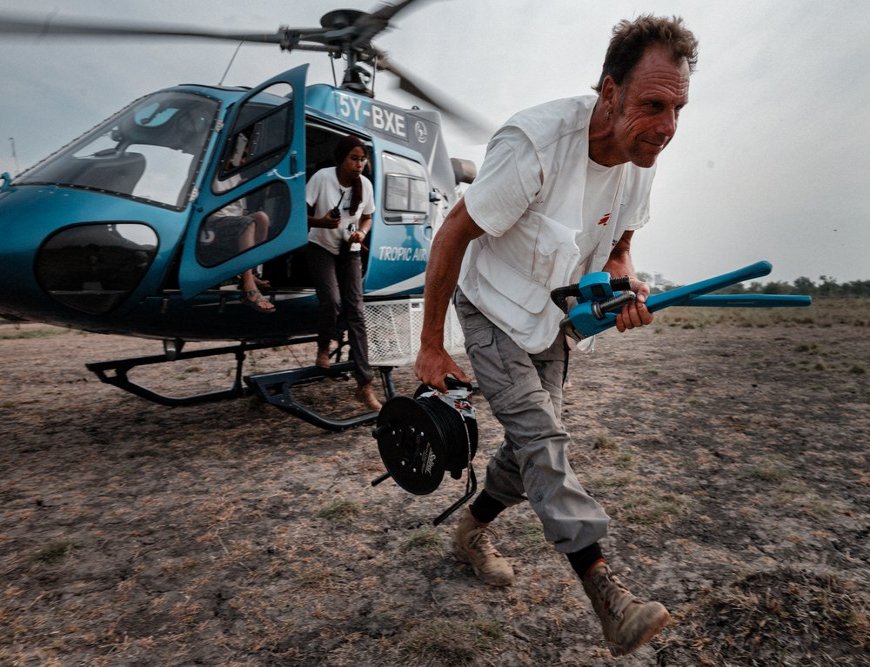 "This led to an accumulation of sewage in the camp latrines, which then overflowed into the open sewer canals, where children frequently play,” says Cawo Yassin Ali, water and sanitation team leader in MSF’s emergency team deployed for the flood response.

To reduce the risk of outbreaks, MSF has set up a sewage treatment plant inside the camp to contain and treat fecal waste. 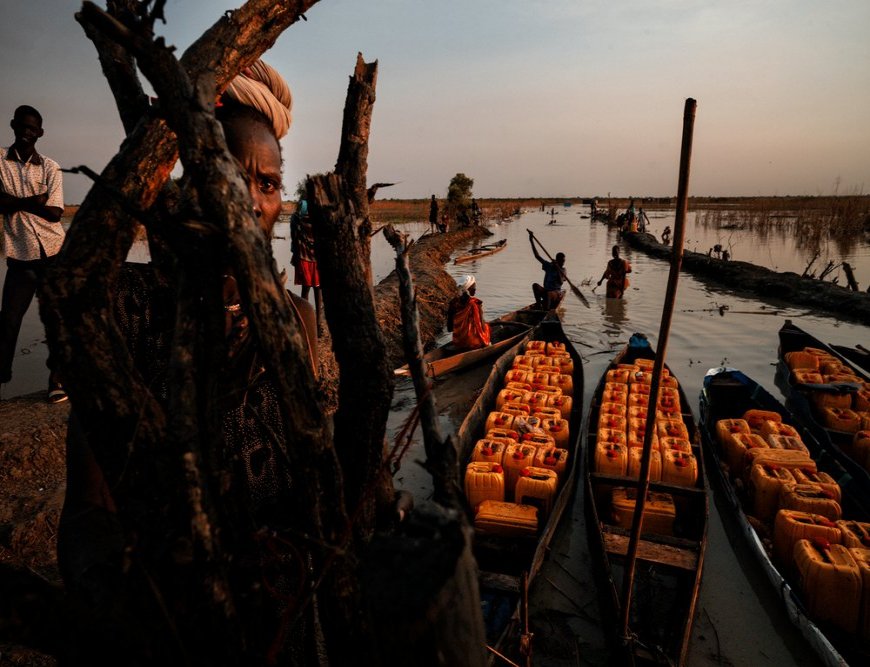 Sean Sutton
A busy port has developed next to Bentiu camp. The canoe business has been booming as a result of the persistent floods. (November, 2021).

With the water levels slowly starting to recede around Bentiu, it’s still not clear when Nyabeel, Nyapal and thousands of other displaced people will be able to return home.

“We don’t have anything here, we came empty-handed, the village is covered with water, and we don’t know when it will dry,” says Nyabeel.

Until people can return home, they will be forced to continue living in such precarious conditions. 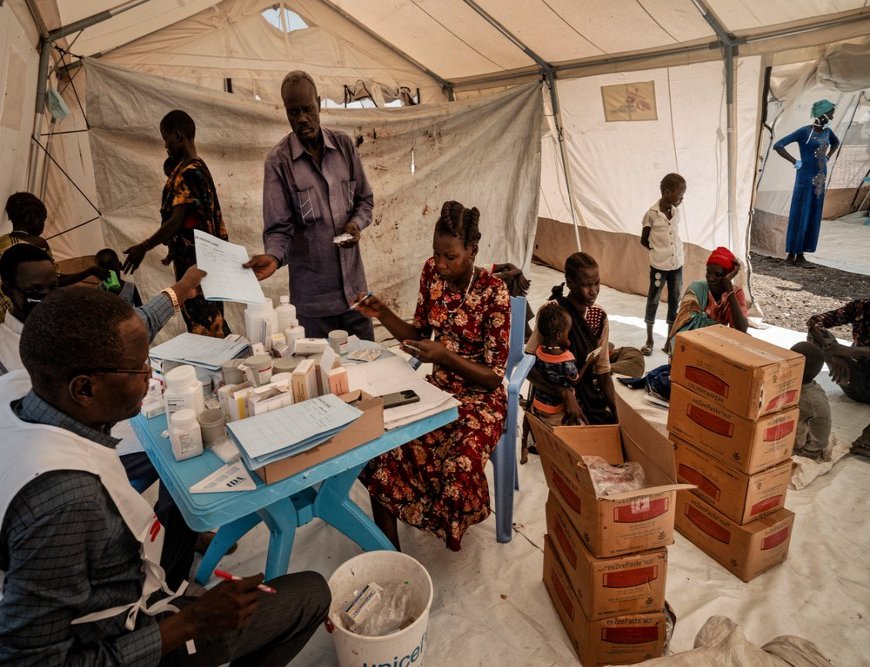 This poses an added challenge for humanitarian actors, requiring them to not lose sight of responding to immediate needs while recognizing the protracted nature of this crisis and meeting corresponding standards beyond the initial emergency threshold.

“There are immense needs, including the need for proper shelters, clean water and sanitation infrastructure, quality health care, food security and livelihood support." 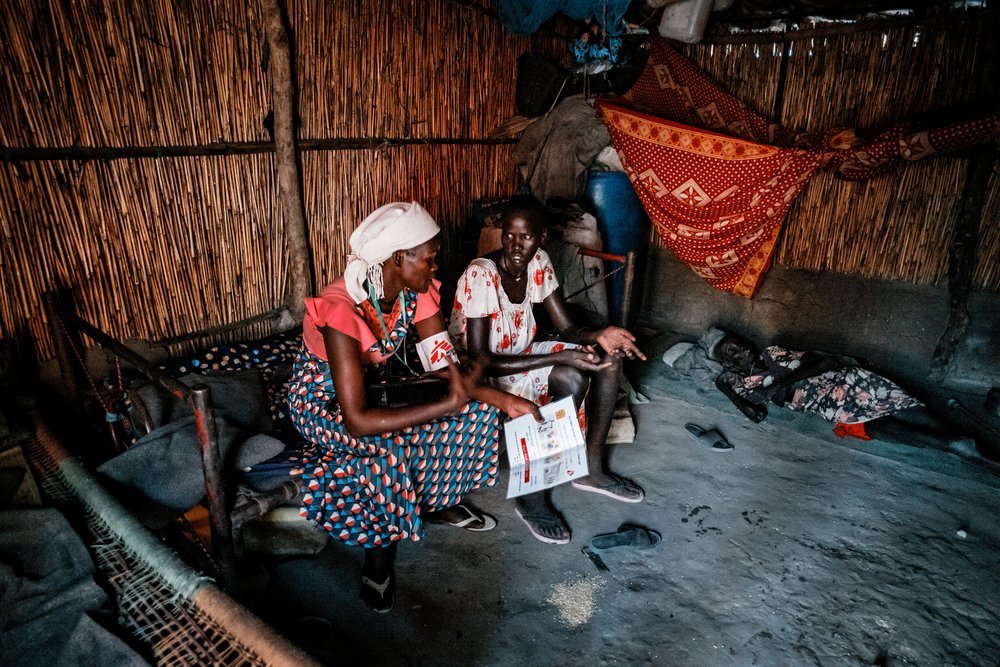 Sean Sutton
A MSF CBC (Community Based Care) woman in the Protection of Civilans IDP camp works with women to discuss SGBV (Sexual and Gender Based Violence). (November, 2021).

"Humanitarian actors, donors and the South Sudanese Government need to act now, before it is too late."

"They cannot afford to wait any longer”

MSF has been working in South Sudan since 1983, operating now over 14 projects across the country, delivering life-saving medical services to communities most in need of them. MSF teams work in hospitals and clinics throughout the country, running some of our biggest programmes worldwide. 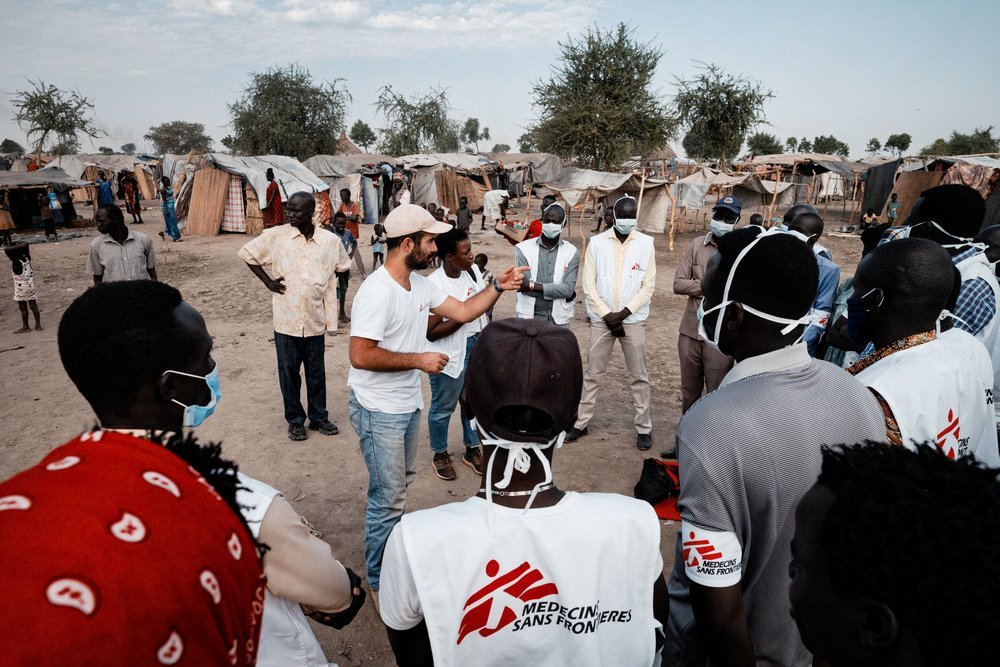 Our teams provide basic and specialised healthcare and respond to emergencies and outbreaks affecting isolated communities, internally displaced people and refugees from Sudan. MSF teams continue with COVID-19 pandemic preparedness and working in collaboration with the Ministry of Health. i Names changed to protect identity of persons.