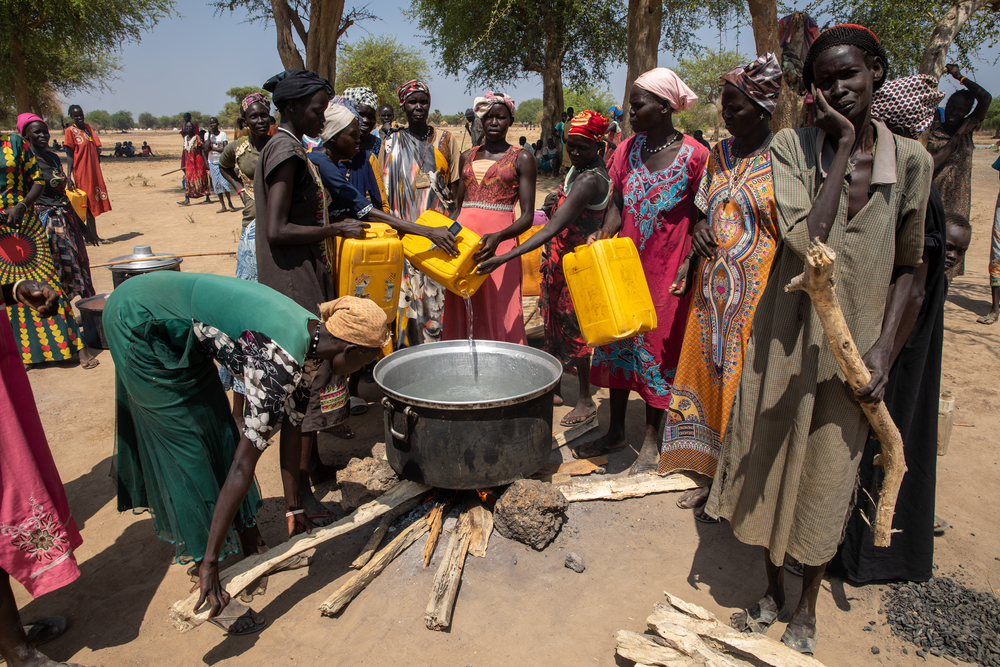 Juba, 25 April 2022 – After fleeing their homes more than two months ago, tens of thousands of people are still left without basic necessities in Twic County, says Médecins Sans Frontières (MSF). Despite repeated calls by MSF, the humanitarian community in South Sudan has failed to scale up assistance to people who have largely been left without food, shelter and sanitation. 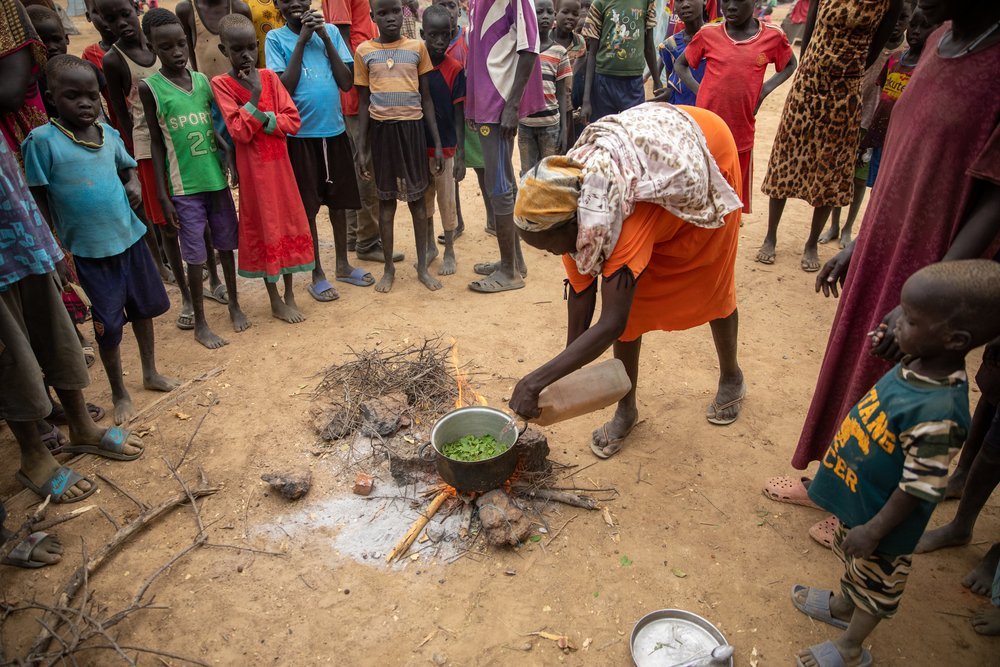 In the six locations in Twic County where MSF is currently responding, there are around 33,000 displaced people, majority of them women and young children. Most people have settled in the open, and many still lack the basic essentials like shelter, food and clean water. 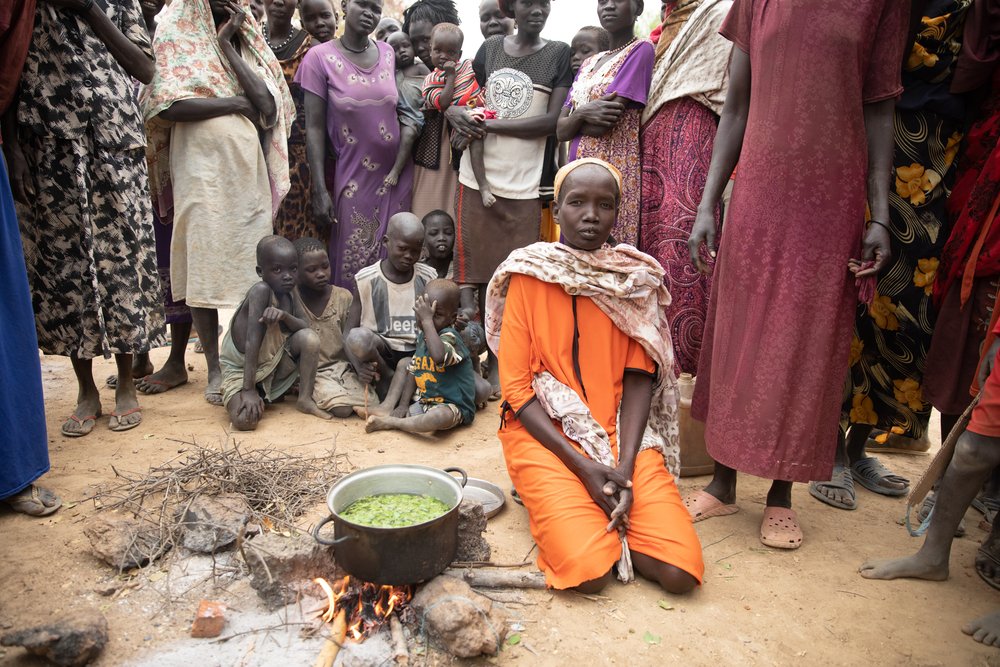 Scott Hamilton/MSF
Kwanya Teb's family will wait until the next MSF food distribution before having more to eat; but even then it will not be enough. Her husband is out collecting firewood. (April, 2022).

“The situation in the displacement camps is terrible. People are living in makeshift shelters made of sticks and cloth. Parents are literally pulling leaves from the trees and cooking them to feed their children because of lack of food,” said Susana Borges, MSF Head of Mission for South Sudan. “We are doing our best to respond but more assistance is needed from other organisations to meet the scale of this crisis.”

Despite the critical needs, humanitarian organisations have failed to respond quickly and adequately; resulting in dire living conditions in the camps. 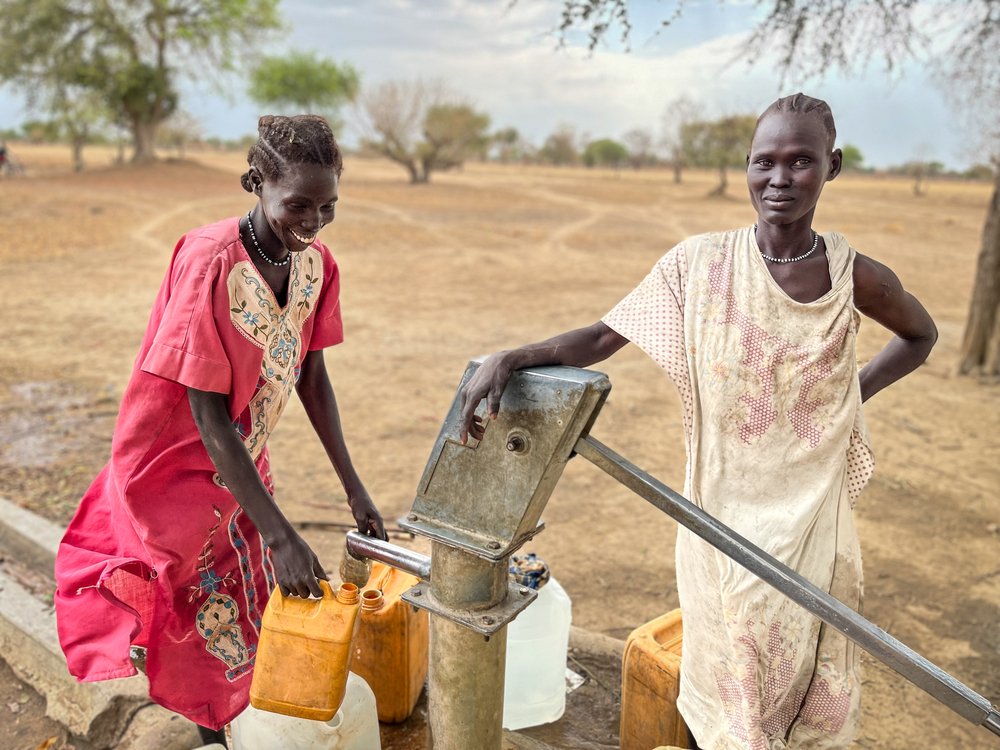 For the past two months, MSF has provided a total of 374.2 metric tons of food, and an average of 14.5 litres of clean water per person per day in the different locations. MSF has also constructed 135 latrines and distributed relief items such as blankets, mosquito nets, jerry cans and soap to some ten thousand families.

MSF teams have been running mobile clinics in three of different sites where displaced people are sheltering. The health conditions of patients presenting at the MSF clinics are closely related the poor living conditions and limited access to food. 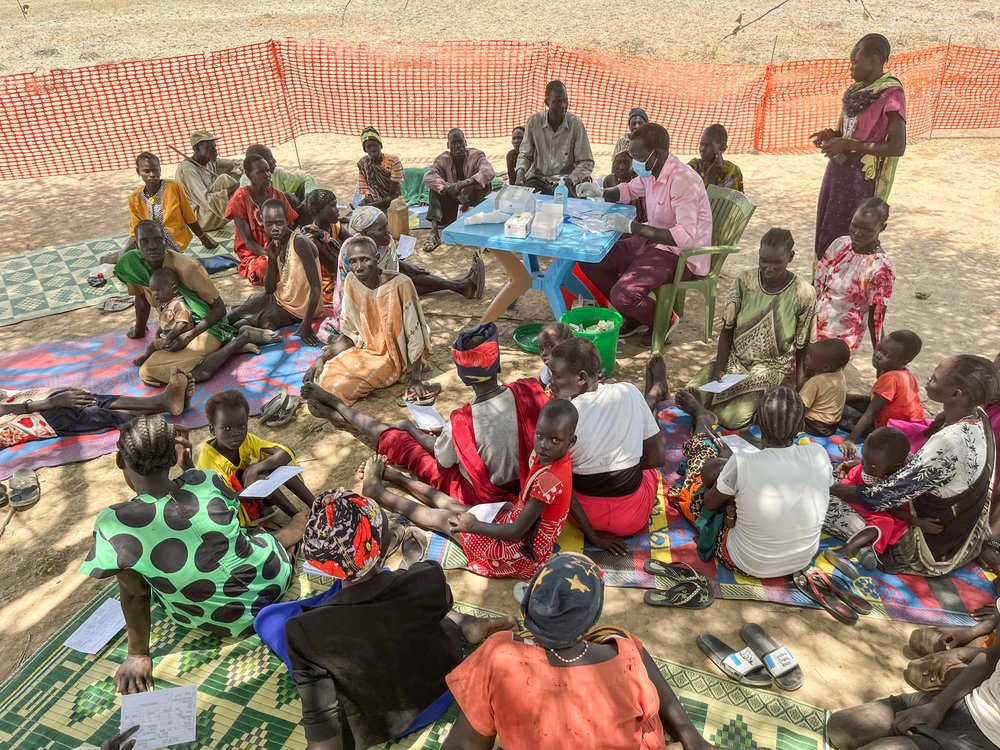 The lack of shelter, latrines and mosquito nets put people at risk of disease such as malaria and cholera. With the rainy season about to begin, the health situation is likely to deteriorate further if the humanitarian response is not rapidly scaled up immediately.

“The rain is almost here, and people have small children with them. If the rain falls now, they have no houses to go to,” said Atem, a father of two young children living in Gomgoi displacement camp after fleeing his home in Agok. “People are really suffering. They need support of shelter, they need support of food.” 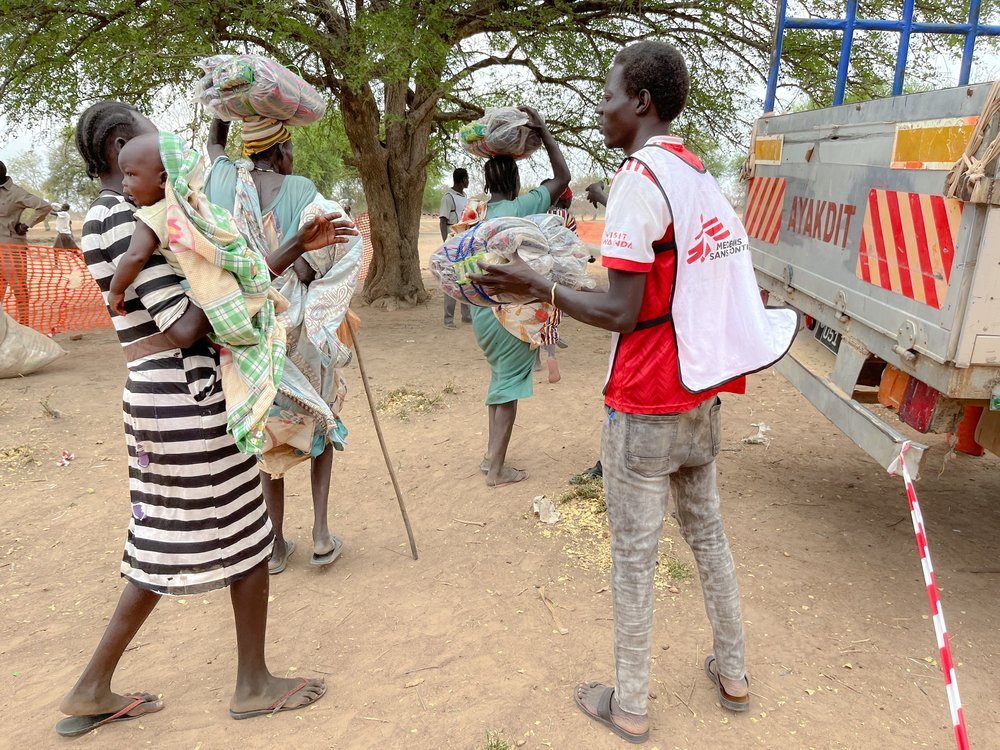 It seems very unlikely that people will return home any time soon, fearing further violence. “I have seen people that have been shot – people who are innocent – people like me. They [attackers] looted my house and they looted my shop,” continued Atem. “How can I think of going back again? It is better for me to suffer here.”

People will need ongoing support throughout the coming months in order to ensure decent living conditions and provision of adequate food and drinking water. Sustained humanitarian action is needed to provide for people who are becoming extremely vulnerable after months of neglect. 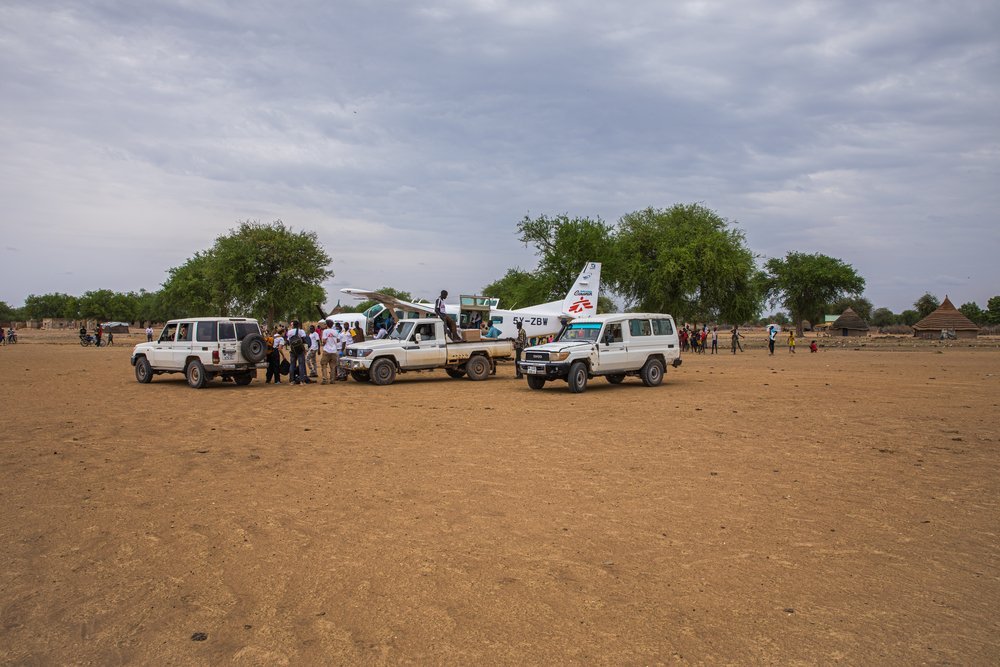 Scott Hamilton/MSF
Supplies are unloaded from an MSF plane in Turalei, where MSF has an emergency team responding to food, water, sanitation and health needs of 33,000 people displaced from Agok due to violence. (April, 2022).

MSF has been working in Agok since 2006 and established a hospital there in 2008, providing a wide range of health services for some 140,000 people. Following the initial violence that erupted on 10th February 2022, MSF suspended services at the hospital and instead started providing medical and humanitarian assistance in Twic County and in Abyei town, where many other displaced are sheltering