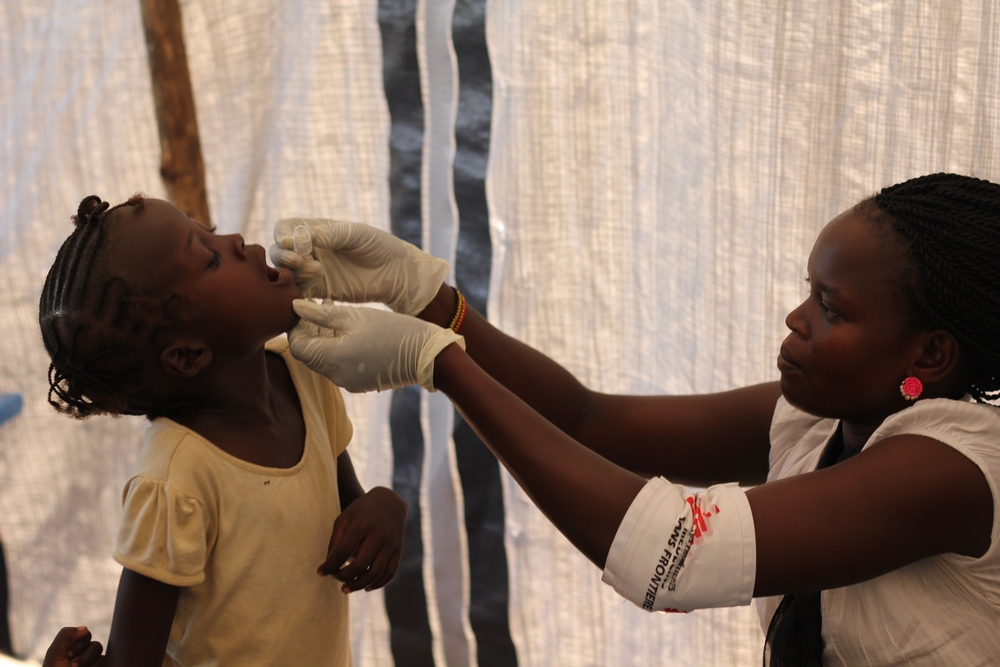 The vaccination campaign, undertaken in coordination with the South Sudanese Ministry of Health, provides additional protection against cholera to people living in areas most-affected by the current outbreak, helping to reduce spread of cholera within those neighborhoods.

In the first phase of the campaign, from July 31 to August 8, MSF vaccinated over 138,000 people at 21 vaccination points across the city.

In the second phase, from August 9 to August 26, MSF increased the level of targeting by providing vaccinations to populations immediately surrounding new, confirmed cases of cholera. Over 22,000 people in 25 locations across Juba were vaccinated in the second phase.

“The campaign aims to reduce transmission of cholera within the most-affected areas of Juba,” says MSF Medical Advisor Barbara Rusch. “At the same time, the goal of the targeting strategy is to help bring an end to the present outbreak of cholera in Juba as quickly as possible.” 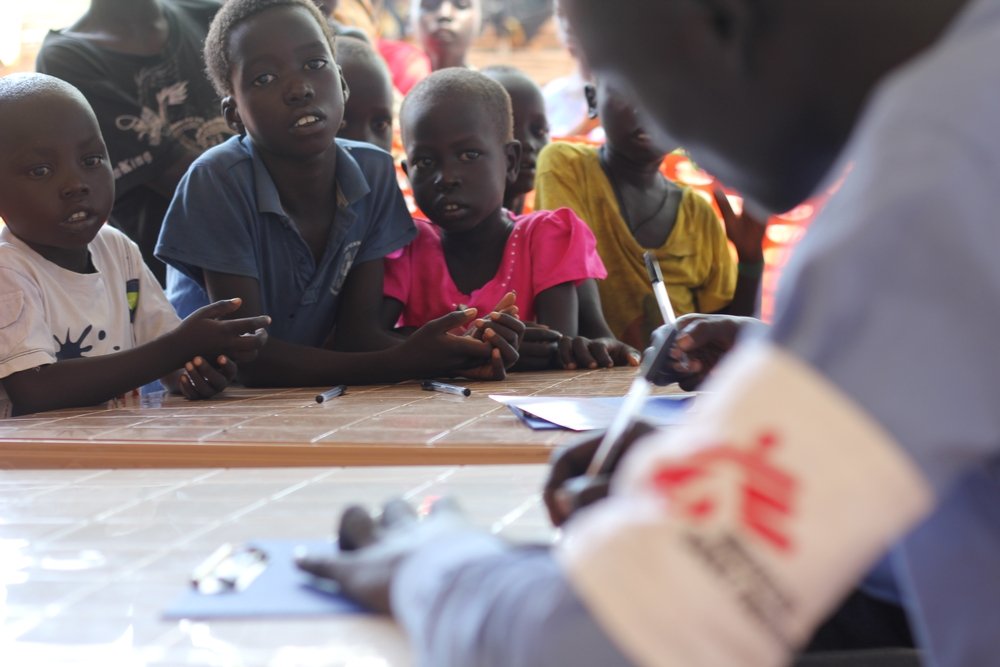 Coordination with the South Sudanese Ministry of Health

MSF is also providing treatment for patients suffering from cholera. In July, MSF opened a cholera treatment centre (CTC) in Juba, undertaken in coordination with the Ministry of Health, which has provided care to 77 patients.

In Bor State Hospital, in Jonglei State, MSF has treated 136 suspected cholera cases as well as providing technical capacity and logistical support to the cholera treatment unit in the hospital.

A drop in the rate of transmission

In recent weeks, the rate of cholera transmission in South Sudan has decreased from a peak of 235 cases per week in late June to less than 50 cases in the most recent week for which data is available.

MSF is encouraged by a decline in the number of cholera cases in recent weeks and has placed its CTC in Juba on standby. However, MSF continues to monitor the situation closely and remains prepared to respond further if the need arises. 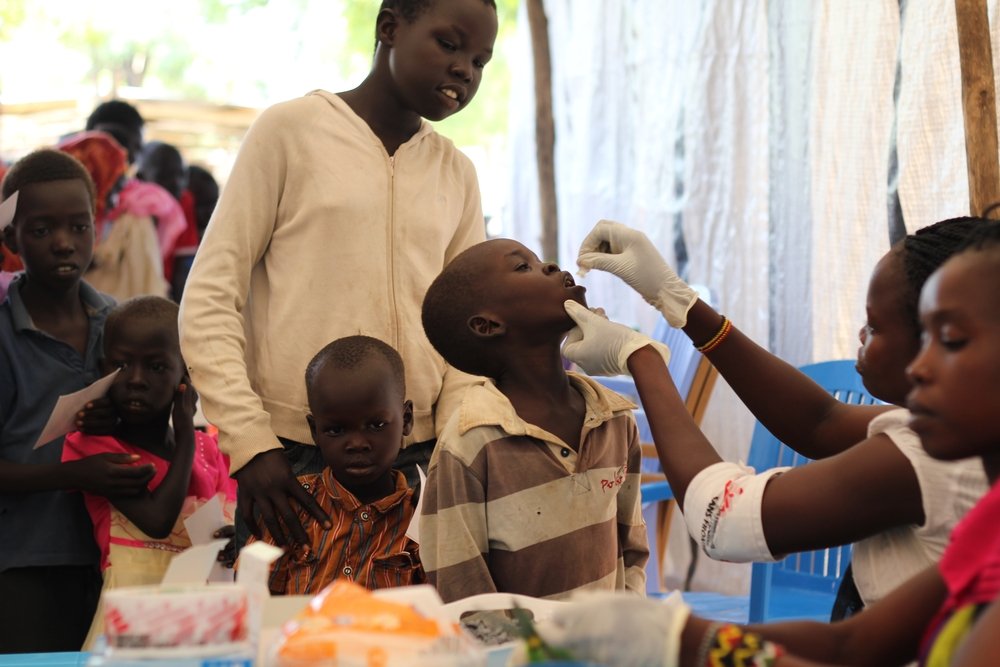 Risk of severe malaria season on the horizon

Meanwhile, MSF continues to tackle other medical emergencies around the country.

Last month, MSF warned that South Sudan confronts the possibility of a second exceptionally severe malaria season as the number of malaria cases is spiking in many MSF projects across the country.

MSF is a leading provider of medical humanitarian assistance in South Sudan. With 18 projects in seven of 10 states, MSF provides its medical assistance neutrally, independently and impartially to those who need it most, regardless of political affiliation, race or ethnicity.