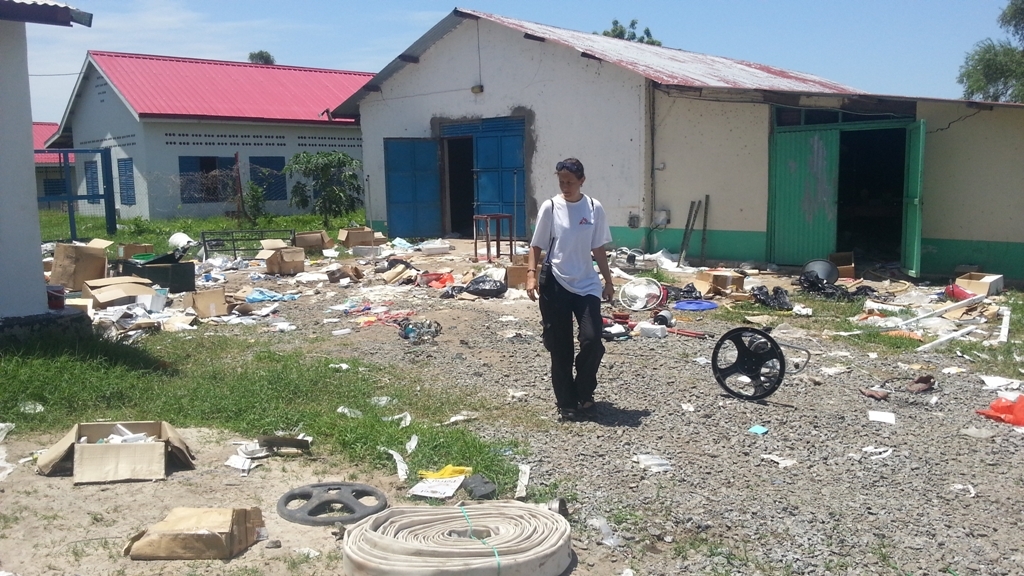 This leaves around 100,000 people, who had fled into the bush seeking safety from the conflict between the SPLA (South Sudan Army) and the David YauYau armed militia group, deprived of healthcare.

Therapeutic medical food and hospital beds were looted from MSF’s hospital over the weekend of 11th and 12th May. But more extraordinary is the systematic and purposeful damage to the infrastructure that renders the hospital unusable until major repair work has been conducted.

“A special effort was made to destroy drug supplies, strewing them on the ground, to cut and slash the warehouse tents, to ransack the hospital wards, and even to cut electricity cables and rip them from the walls,” says Richard Veerman, MSF Coordinator of Operations for South Sudan.

Three thousand patients have been treated over the first three months of the year in this hospital. More than 100 patients, including SPLA soldiers, received surgery for war wounds.

The MSF hospital is the only hospital facility for Pibor county, the nearest alternative being more than 150km away.

“The rainy season has just started and we know from previous years that malaria and respiratory diseases such as pneumonia will start to claim lives if there is no healthcare available,” says Veerman. 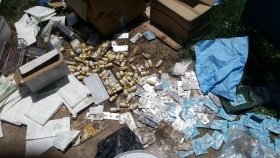 Humanitarian access and medical assistance need to be resumed in Pibor county in the coming days or weeks. “It is unthinkable that there will be no healthcare whatsoever for the next six months for some 100,000 frightened and vulnerable people hiding in the swamps,” continues Veerman.

“But unless we can return to resume medical activities and have the freedom to move to wherever people need assistance, this unthinkable scenario may become the horrific reality.”

This is the sixth time an MSF medical facility has been looted or damaged in Jonglei State in the past two years. More recently, MSF had suspended activities in Pibor on 19th April this year because of threats and intimidation of staff and patients.

Having sought assurances that medical humanitarian activities and staff would be respected and could be pursued without hindrance or obstacles, an MSF team was preparing to return and restart medical activities when the looting and destruction occurred.

MSF also calls urgently for assurances from all parties in the Jonglei State conflict that its medical teams will have unhindered freedom to return to Pibor and impartially reach out to any people on either side of the conflict in need of medical assistance.

MSF works in Akobo, Nyirol, Pibor and Uror counties in Jonglei State. The activities in all locations, including Gumuruk clinic in Pibor county, continue to function, with the exception of the hospital in Pibor town, and the MSF clinic in Lekwongole village in Pibor County which was targeted and damaged in August last year and where insecurity and fighting have since made access impossible for MSF.

Find out more about MSF's work in South Sudan.