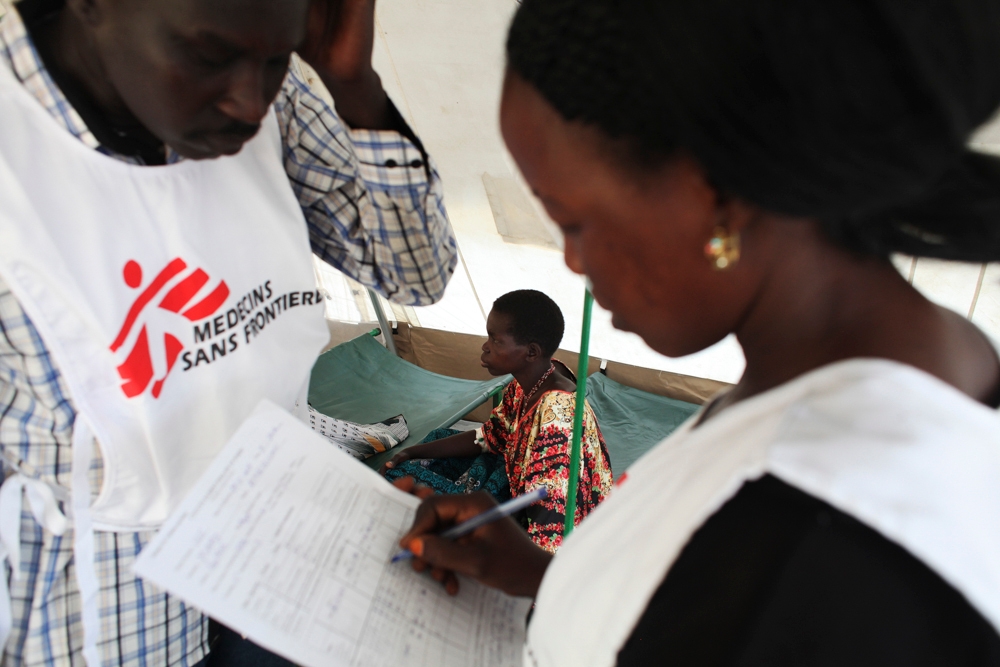 A significant decline in the number of new cholera cases in South Sudan in recent weeks has prompted the international medical organisation Médecins Sans Frontières/ Doctors Without Borders (MSF) to scale down its cholera operations.

Instead it will redirect resources towards other unmet health needs in the country, where more than 1.7 million people have been displaced by the ongoing conflict.

MSF treats more than half of all cases

Since the cholera outbreak was declared on 15 May, MSF teams have provided treatment to 3,300 patients in the capital Juba, in Torit in Eastern Equatoria state and in Wau Shiluk in Upper Nile state. This is more than half of the 5,561 total cholera cases officially recorded countrywide in the current outbreak.

MSF teams responded to the outbreak by rapidly constructing treatment centres in Juba and setting up oral rehydration points across the city and in other affected locations. At the same time, MSF worked closely with the South Sudanese authorities and other partners to improve people’s access to safe drinking water and to train health staff in dealing with the outbreak.

A rapid spread of the disease

At first the disease spread quickly, exacerbated by unsanitary and overcrowded conditions in the camps where people were sheltering, and by the lack of healthcare.

The recent decline in the number of new cases of cholera suggests that the outbreak is now under control. “While MSF will remain vigilant, it looks like the efforts of the Ministry of Health and other organisations, including MSF, have helped bring the epidemic under control,” says Moller.

As part of its cholera response, MSF teams carried out the first mass cholera vaccination campaigns ever done in South Sudan, immunising a total of 200,000 displaced people and host families in Malakal, Minkamen and Juba against the disease.

Awar Nyung, 2 years old, sick with cholera, is being helped to drink by his mother Achal Achol. Awar still has the intravenous drip ready to be reattached in case he falls more sick again.

Cholera vaccinations provide vulnerable communities with a better chance of avoiding an outbreak. While the vaccination itself only provides an estimated 65 percent chance of protection, it is one of a number of measures that can help reduce the spread of the disease, alongside improving people’s living conditions, and ensuring they have proper sanitation and clean drinking water.

Over its 40 years of existence, MSF has developed significant expertise in the management of cholera. Cholera is endemic in South Sudan but is easily treatable if tackled early. While MSF is reducing its cholera response in South Sudan, ongoing health promotion and community awareness activities will be essential to prevent a recurrence of the disease.

After fighting broke out in Juba on 15 December 2013, and subsequently in several other states, MSF increased its capacity to rapidly respond to emergency medical needs in the country.

MSF is committed to providing lifesaving medical care in South Sudan, offering aid to people affected by the current crisis as well as to many others who are vulnerable due to lack of access to healthcare in the country and within the region.

In Kenya, Ethiopia and Uganda, MSF has set up emergency projects to provide assistance to thousands of South Sudanese who have taken refuge across the borders.