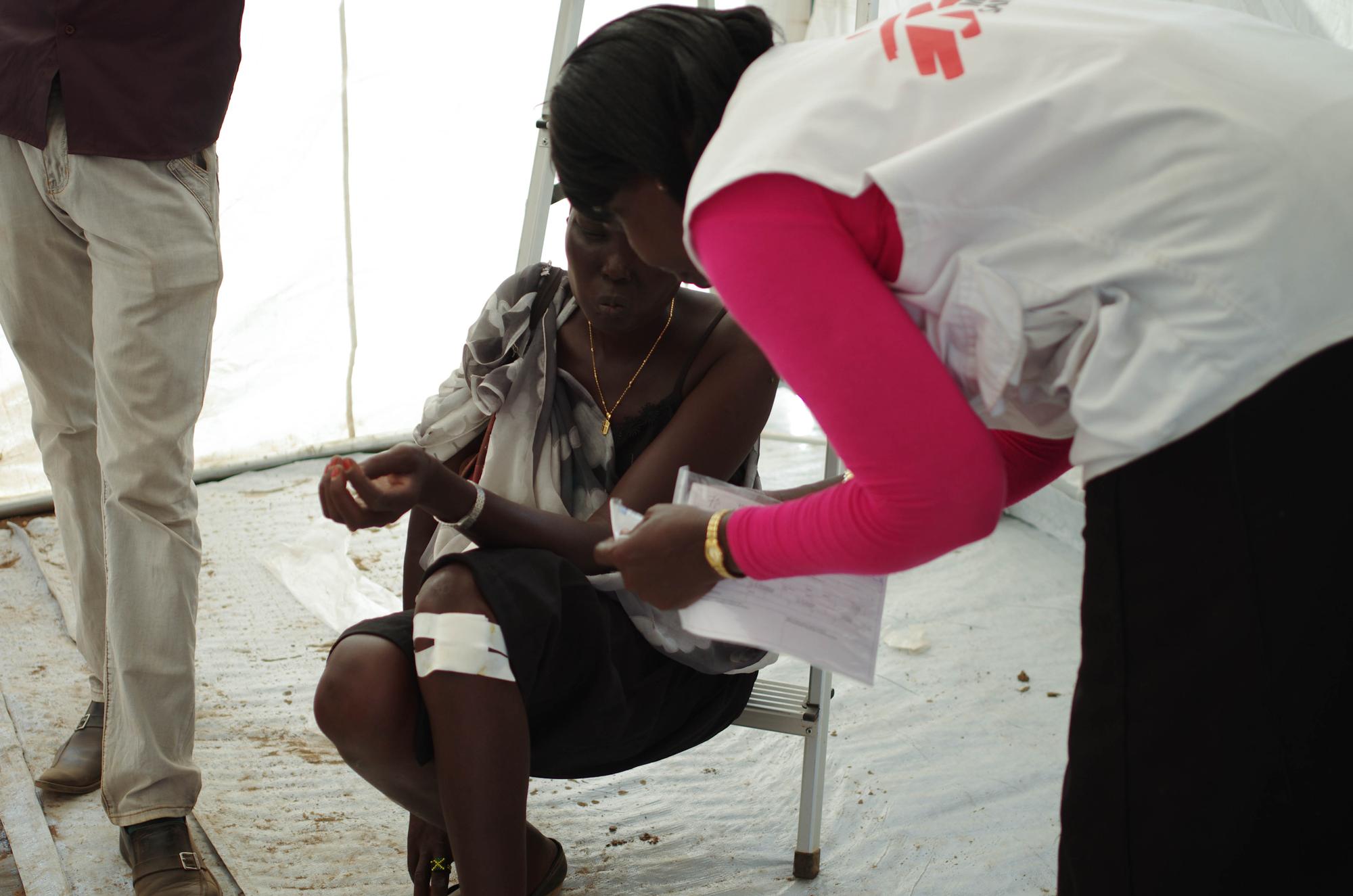 Tensions and conflict across many regions of South Sudan continue one week after they began. Médecins Sans Frontières/Doctors Without Borders (MSF) emergency teams are increasing their response to affected regions by treating the injured, donating drugs and medical supplies to health facilities, and providing relief to those displaced by the violence.

Fighting erupted in Bentiu, capital of Unity State on Friday, December 20th. The Bentiu Ministry of Health hospital received 42 wounded, with 19 requiring surgery. An MSF team is currently providing support to Bentiu's hospital focusing on pre and post-operative care, in conjunction with ICRC.

Yesterday fighting broke out in Nasir, Upper Nile State. MSF’s hospital in Nasir town received 24 gun-shot wounded patients, of which 16 were admitted to hospital, 2 died and 8 were treated in the emergency room.

Yesterday while setting up the mobile clinic for the displaced in Juba, there was still a queue of people arriving carrying all their belongings, with their children in tow. With the ongoing conflict in the country, people are unsure of how the situation will evolve and are scared to return homeThe situation is evolving fast in South Sudan and we are reacting as best we can to the changing landscape of the violence, says Forbes Sharp, MSF’s Emergency Coordinator.

Emergency teams are being deployed to reinforce MSF’s existing activities and to respond to needs as they arise. While MSF has reduced the number of non-essential staff in favour of deploying emergency-specialised teams, MSF’s medical activities continue to operate in all twelve programmes across the country.

MSF call on all actors to respect medical facilities and workers and to assure safe access to healthcare.

MSF has been working in the region that today constitutes the Republic of South Sudan since 1983. MSF is present in eight of South Sudan’s ten states and responds to many emergencies, including large-scale displacement, refugee influxes, alarming nutrition situations and peaks of disease, such as malaria and kala azar, in addition to providing basic and specialist healthcare services.