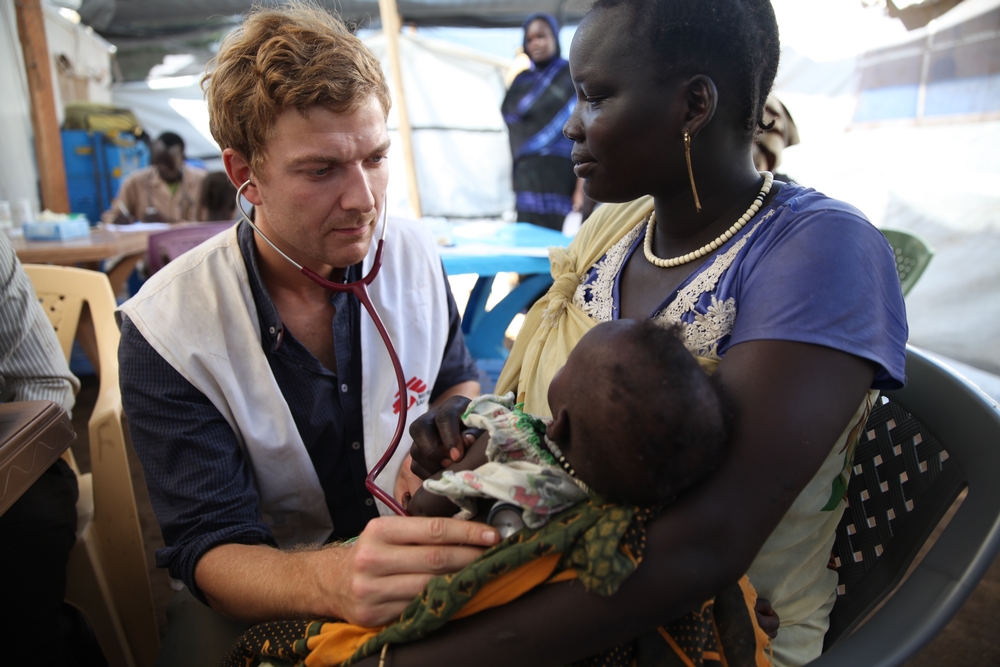 Teams from Médecins Sans Frontières (MSF) are responding to medical needs in Juba following recent intense fighting in the city.

Yesterday, a four-person team ran mobile clinics at St Theresa Church, where 2,500 people were taking refuge. The team focused on those most in need of medical care and treated 115 people, including 82 children.

The main medical needs included lower respiratory tract infections, fever and diarrhoea. The team also saw two patients with gunshot wounds and treated people for injuries sustained as they fled the violence. Most people treated said they had come from Protection of Civilians (PoC) sites in the city.

Yesterday MSF treated 115 ppl sheltering at a church in #Juba, including 82 children, and two ppl with bullet wounds pic.twitter.com/DSZTGQC110

Bodies in the street

These clinics are ongoing, and today MSF teams are also running mobile clinics in the Gudele 1 and Gudele 2 areas of Juba, where approximately 3,000 people are sheltering after having been displaced by fighting.

Guedele is the area that saw the most violent clashes due to its proximity to an army base. Yesterday, an MSF team saw bodies still lying in the street.

People have started to return home to find that their houses have been looted and they have lost all their belongings. They are extremely vulnerable and have not had access to medical care. There is also a need for water and sanitation support in order to reduce the risk of disease outbreaks.

MSF donated surgical kits to Juba Teaching Hospital yesterday, as well as body bags to the World Health Organisation. MSF also resupplied hospitals inside two of the PoCs in Juba and is bringing in a surgical team to deal with an influx of cases.

Elsewhere in South Sudan, the Bentiu PoC has seen an influx of 6,000 people since the fighting in Juba broke out on Friday.

MSF is concerned about fighting that has already erupted in Wau and Leer where people are fleeing again – in Wau for the third time – interrupting MSF’s ability to provide much-needed medical care.

As usual, MSF is continuing to monitor the security situation around the country closely, but MSF’s operations in much of South Sudan are ongoing. Many MSF teams are currently dealing with high numbers of patients with malaria and malnutrition, among a population that is already very reliant on humanitarian assistance for their survival.