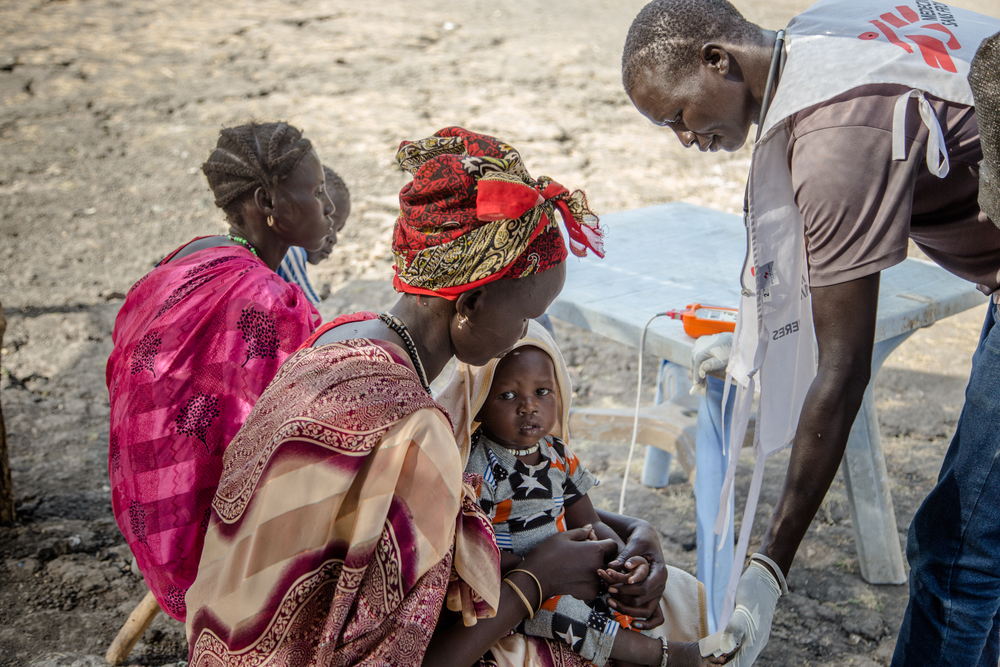 Médecins Sans Frontières/Doctors Without Borders (MSF) has started a stable project in the northeastern town of Ulang, close to the Ethiopian border in South Sudan’s Upper Nile region, to address the needs of people living in a remote and neglected area who have been affected by years of war and frequent bouts of intercommunal violence and who struggle to access medical care.

MSF has already set up a 30-bed hospital and a referral system in Ulang, which is the only facility providing secondary healthcare for the 100,000 or so people living in Ulang town and in villages scattered along the Sobat river.

“Due to the conflict, many people living in this area between frontlines have been forced to move, often several times,” says Abdalla Hussein, MSF’s head of mission in South Sudan. “Many have been displaced to Ethiopia and remain there in refugee camps; others have come back to find there are no longer services or livelihoods.”

In July 2018 MSF launched a short-term emergency response, running mobile clinics in Ulang and the surrounding area. In October MSF opened the new hospital, and in April MSF took the decision to run it as a stable project.

“Our aim is to provide secondary healthcare to very vulnerable people affected by recurrent outbreaks of different kinds of violence, living in a dire situation and with little access to basic services, meaning that sometimes people have to walk for hours and even days to reach much-needed healthcare,” says Hussein.

Between October 2018 and April 2019, MSF’s team in Ulang provided 3,200 consultations, helped 81 women to give birth and admitted 719 inpatients, including 287 children in the paediatric ward.

“We see a lot of mothers and children coming to the hospital,” says Madeleine Walder, MSF’s field coordinator in Ulang. “They have usually come a long way, often arriving in a critical condition because they have had to wait so long to reach a health facility. As well as dealing with complicated pregnancies, we treat people for severe malaria and for gunshot wounds because of the ongoing intercommunal violence. We also very often treat quite complicated co-infected cases of TB and HIV in patients who may have had symptoms for a year or more but have never been diagnosed or treated.” 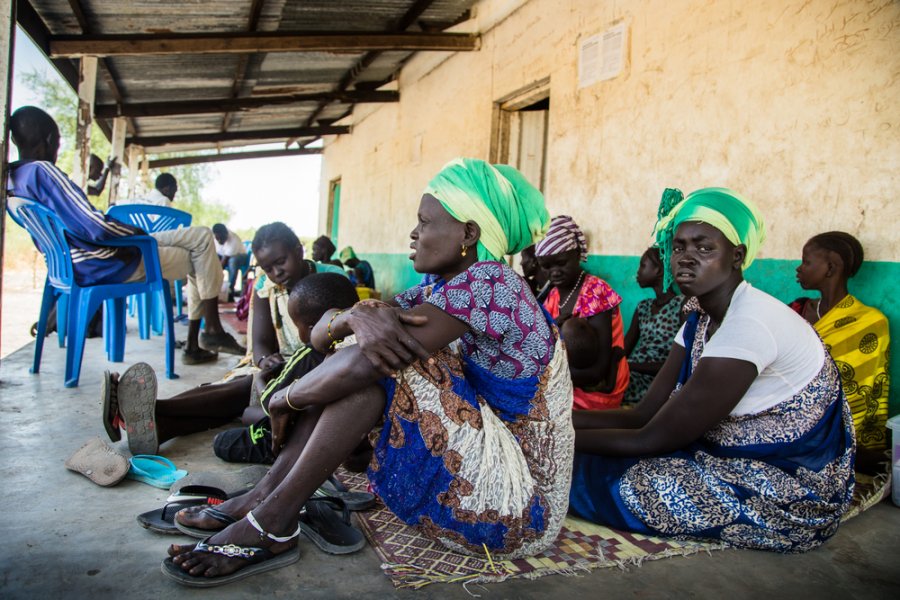 Igor G. Barbero / MSF/MSF
Women wait for a consultation for their children at a mobile clinic run by MSF in the village of Ying, in northeastern South Sudan.

MSF teams are engaging with local communities to explain the main diseases that people should be aware of and when to seek treatment.

MSF has put in place a referral system, with patients mainly transported by speedboat along the Sobat river from outlying health centres to Ulang hospital. Some victims of violence and patients with conditions that need surgery or other specialist care are transferred by MSF either to Malakal, which is about eight hours away by speedboat, or by plane to the capital, Juba.

“The Greater Ulang area presents logistical challenges, for us and for our patients,” says Walder. “During the rainy season, which lasts eight months a year, it is very swampy and the only means of transport is by boat, as most planes can’t land. During the dry season, access is a bit easier and people can move around, but the distances to reach health services are still very long.”