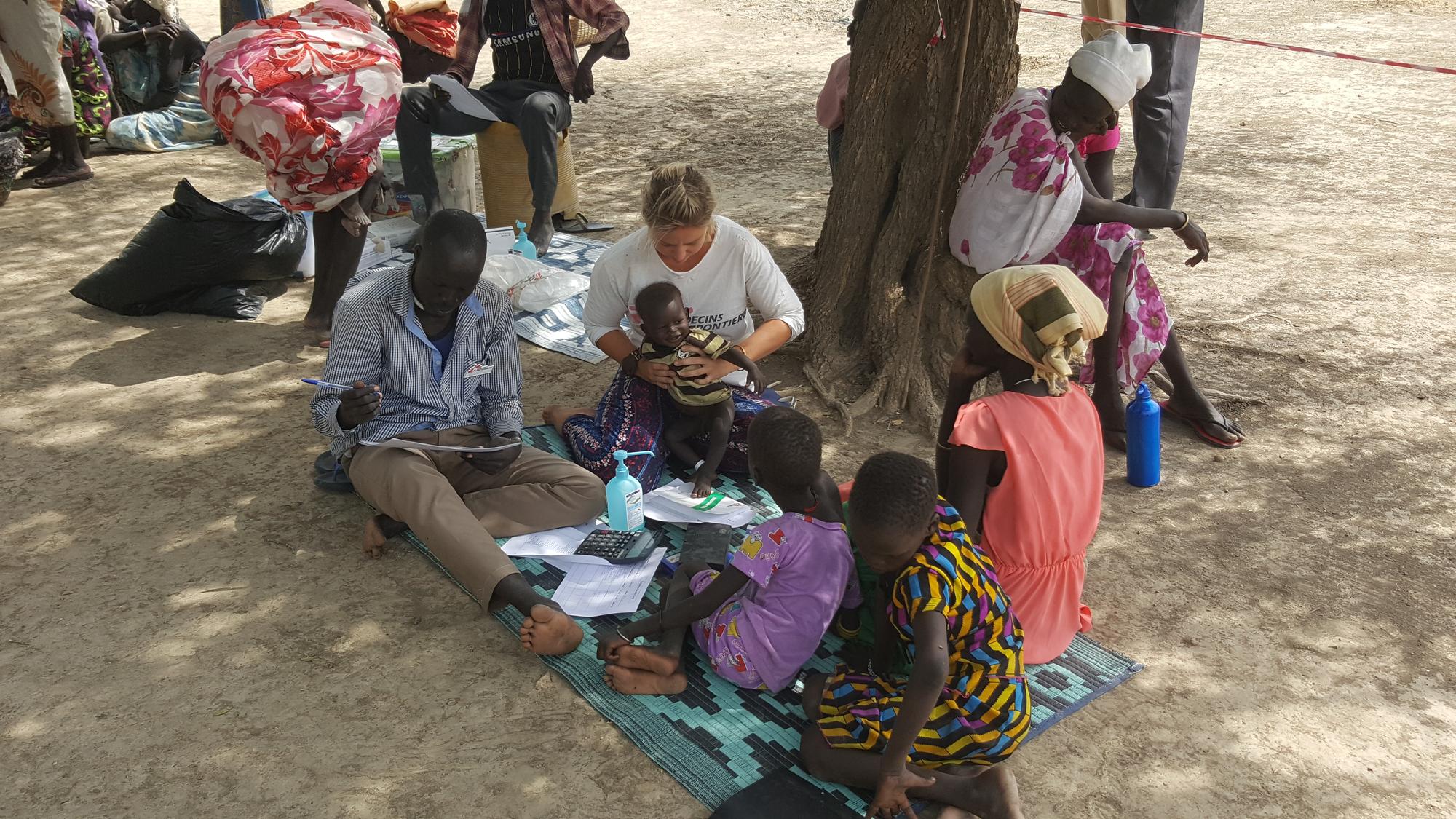 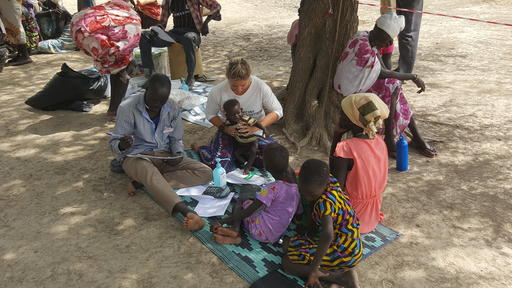 South Sudan: “Our staff never know if they are going to see the morning"

In Leer and Mayendit counties, in the central part of South Sudan, people are constantly being forced to flee the shifting frontlines of the fighting. After its hospital in Leer was repeatedly attacked, MSF realised it needed new ways to provide them with medical care. British doctor Philippa Pett describes how her team of local staff is providing healthcare to people on the move through a flexible network of mobile clinics.

“When I arrived in Leer last March, the hospital had recently reopened after being looted five months earlier. It wasn’t long before the hospital had to be evacuated again for security reasons, and in July I had to fly back home. It was difficult to leave knowing the situation we had left behind.

Our South Sudanese staff wanted to continue giving healthcare, to ease the suffering of their communities and families, and I wanted to help them do that. As soon as MSF offered me the chance to return there, I said yes.

The situation in this area is very volatile. There is no place where you could set up a hospital that would be safe for patients to reach for an undefined period of time. We needed to make sure we wouldn’t be asking them to cross frontlines to get treatment.

So we decided to take a different approach. Instead of a hospital, our community health workers have formed themselves into teams which run clinics six days a week in the areas where they live. 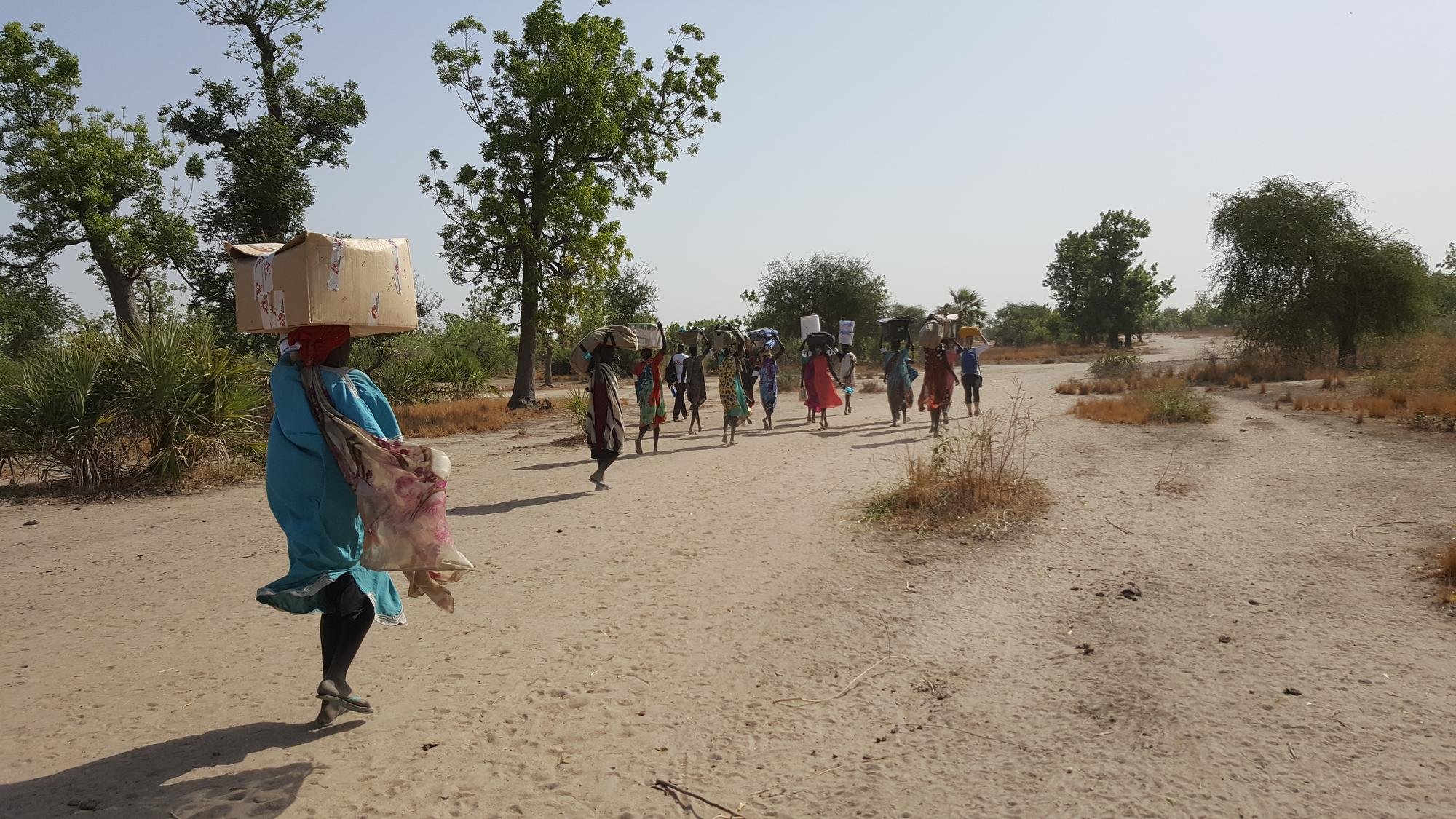 Nicolas Peissel/MSF
The team is leaving Dablual where they had the first mobile clinic to go to Rieri. They sometimes have to walk for long hours so they hire people from the local community to help them carrying the supply. Some of them used to work at MSF hospital before it was shut down after several lootings.

They are all people from the local community who are trained in providing healthcare for common complaints like malaria, skin diseases and diarrheal diseases. They are the constant for the community; they are the project.

When people are forced to leave their homes because of fighting nearby, the community health worker teams move with them, as they would normally, and provide them with healthcare. Some had to flee several times in November and December alone. This is their everyday life.

Our staff say they never know if they are going to see the morning. And in the morning, they don’t know if they will see the night.
Dr Philippa PettMSF Doctor from the UK

But this is exactly why the new approach works. As the local population moves, our staff go with them to places of safety. This means they can reach the displaced people, while at the same time they are safe themselves and remain with their families. They tell me they feel much safer now that they don’t have to cross frontlines to work in the hospital.

Our South Sudanese staff love the teaching we give them. Many had no formal education because of the conflict, so they really value this teaching. Their capacity to learn is huge – they are very driven and they really want to make a difference. 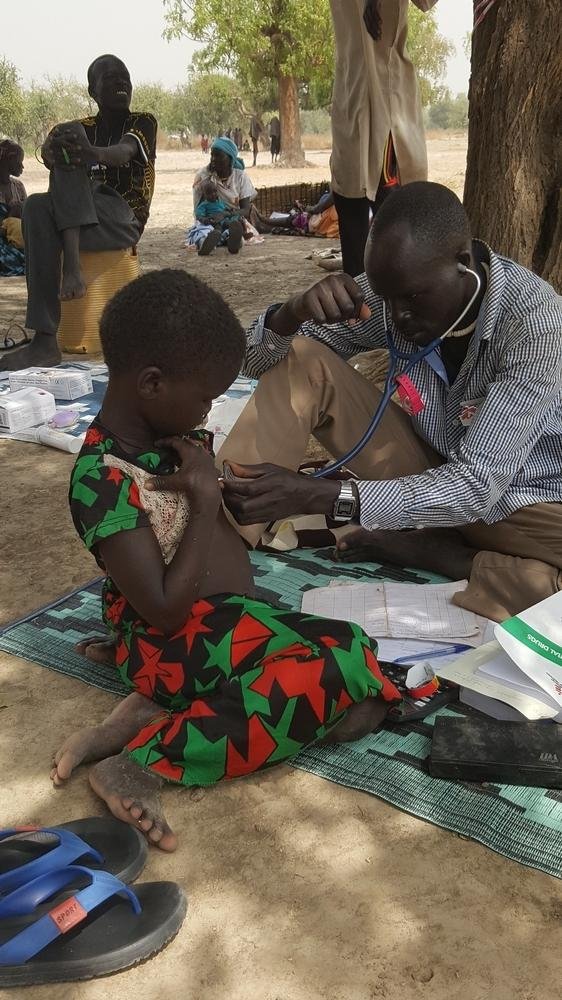 Nicolas Peissel/MSF
Richard, MSF Community health worker, is consulting a 4 years old girl suffering from malnutrition.
I’ve been working with these people for nine months now and I know them well. I was surprised at the beginning to find many people’s stress response is to laugh.

When you put a cannula in a child, the mother will laugh when the child cries.

When they tell you stories – ‘last night they came, looted my house, stole my cattle, raped my wife’ – they will often laugh.

This does not mean that the effect on them is any less devastating. They recognise how awful it is, and they can say how they feel about it, but they are finding a way to cope.

As international staff, our role is to provide support to the South Sudanese staff. We visit two or three clinics over the course of a ten-day trip, travelling on foot or by canoe through the swamps.

When we reach the mobile clinics, we answer the team’s questions, resupply them with medicines, and provide supervision and training, but they have ownership of the clinic and the patients.

My role is to make sure standards are kept high, that patients are safe and health workers are well trained.

There are limits to what we can do

There are limits to what we can do medically in these conditions. You see people with very complex conditions and it is frustrating not to be able to test and treat them, but you need to focus on what you can do. You cannot underestimate the importance of basic healthcare.

People’s main challenge at the moment is food. All the crops were looted in July and they missed the planting season because they were running from the conflict. The markets are mostly empty, with only tea and salt available.

Surviving by eating the seeds of waterlilies

Where food is on sale, the prices are too high. Around the islands, at least they can fish, but in some areas, people are surviving by eating the seeds of waterlilies.

I think that people here accept things that wouldn’t be acceptable in any other situation – they are incredibly resilient. But the conflict still has a major impact on their life. You can see it amongst our patients and amongst our staff. But still they want to make things better for their communities.

They take pride in the work they do, and we are proud of them for doing it.”

Our work in south-sudan >