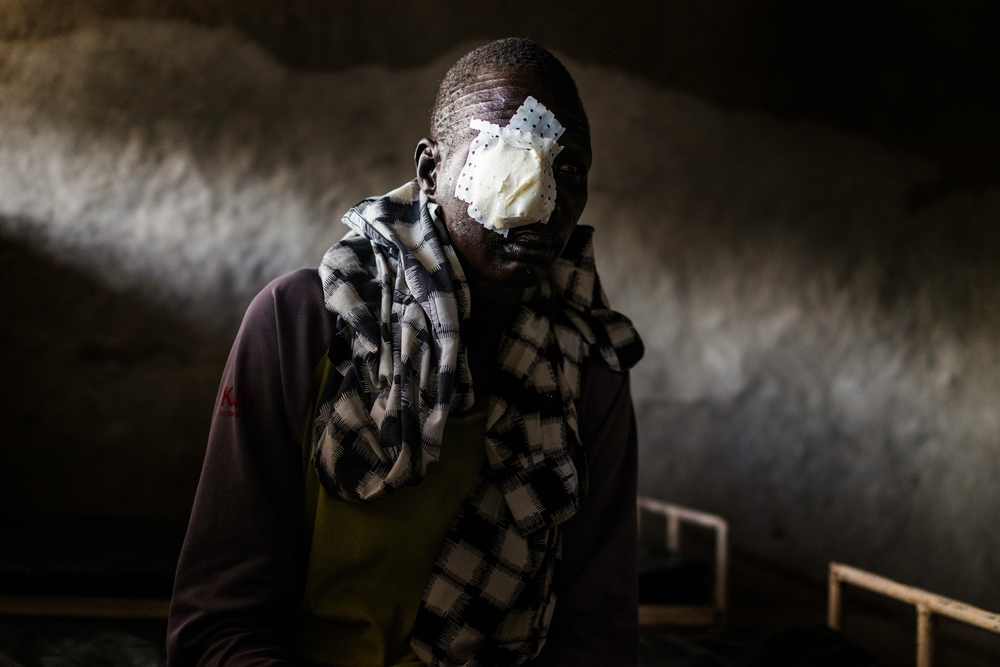 The conflict started in the capital, Juba, but rapidly spread throughout the country, involving a large spectrum of armed groups and militias. There have been several attempts at peace agreements, all of which have been short-lived. Despite the latest peace deal signed on 26 August 2015, fighting continues.

Throughout the 23 months of conflict, Unity state has been one of the most conflict-affected states. In April 2015, following an upsurge of violence in Unity, thousands of civilians were forced to flee into the surrounding bush and swamplands or into the UN Protection of Civilians (PoC) sites in Bentiu.

Dominic Nahr
New arrivals, many of whom have come from Leer, struggle with the few commodities they have inside the UN Protection of Civilians sites in Bentiu, which holds over 110,000 displaced people.

Civilians have been repeatedly targeted and subjected to extreme levels of violence, including rapes, abductions, extortions, lootings and executions.

No one has been spared the violence. Médecins Sans Frontières (MSF) teams continuously receive accounts of violence perpetrated against the people of Unity state. 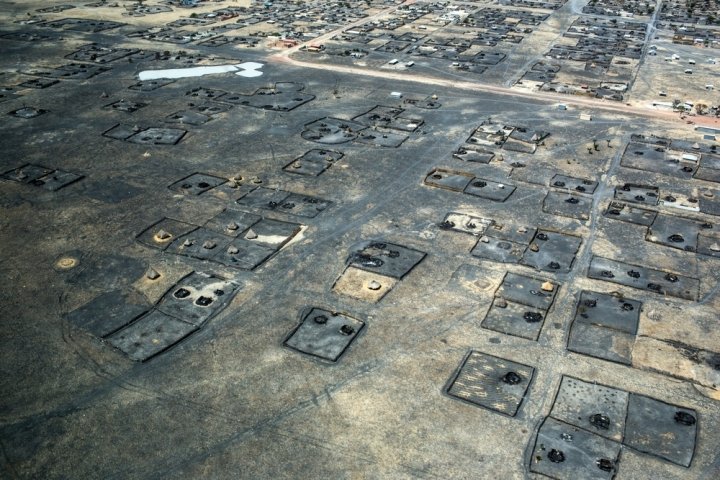 Michael Goldfarb/MSF
Dozens of burned dwellings are viewed from the air above the town of Leer.

Stories of rape and murder

In Bentiu, a woman in her late fifties, who fled Leer town, told MSF in late October 2015:

“When the conflict started, it was between armed groups, but the conflict is now targeting civilians. The armed men collected cows from civilians and they’re killing the people.

“They’re also abducting girls, and raping women and girls. After they rape, they kill […]. Whenever they find someone in Leer, they kill him or her. They burn the houses. But the real issue is that they kill people. Since May, they kill people and collect all the cows.

“There’s no cows, no food, nothing left. That’s why we come to the camp [the UN PoC sites] in Bentiu. People who are still in the swamps, hunger will kill them.” 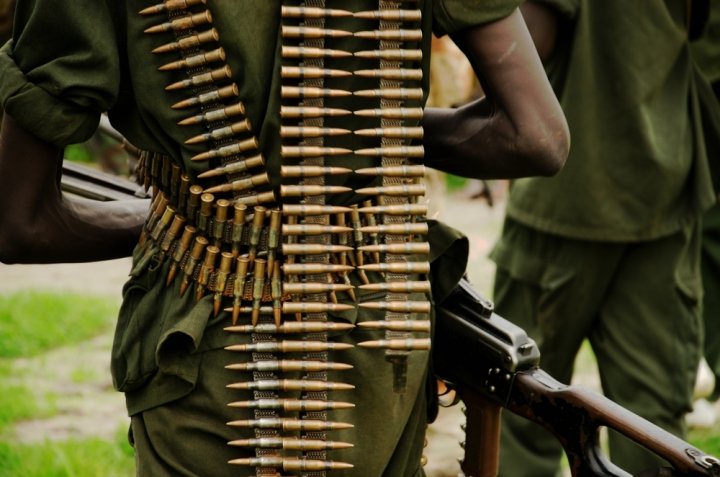 These levels of extreme violence in recent weeks and months have left thousands of people in Unity state essentially trapped in violence. The UN Mission in South Sudan (UNMISS) is providing protection to civilians inside of PoC sites in Bentiu but has failed in providing effective protection outside the PoC sites.

While UNMISS established a renewed presence in Leer in November 2015, protection gaps still remain in various parts of Unity state.

In Nyal, a young man who fled Leer told MSF in early November 2015:

“The people displaced in the bush have no food. All the food stocks are gone. Desperate, a lady walked to town to get food. On her way, she got raped. She is paralysed by fear. She is now hiding in the bush. She is too scared to move again.”

Matthias Steinbach
Nearly every day either new refugees come from the south sudan by UN trucks into the dzaipi transit camp or get transported into other camps due to the overcrowded transit camp which has at about 25000 refugees.

The humanitarian situation has continued to worsen. In southern Unity, the most urgent humanitarian needs are food assistance and nutrition support. In November and December, MSF mobile clinics to Leer and Mayendit counties (with an approximate population of 35,000) encountered high levels of malnutrition.

Despite the high humanitarian needs, there has not been a continued and adequate presence of humanitarian agencies in the most affected areas of southern Unity state.

Prevailing insecurity forced MSF and other agencies to evacuate Leer county in May 2015. MSF resumed activities in Leer at the end of July 2015 but was again forced to evacuate on 3 October 2015 after its compound was looted.

Getting back to work in Leer

MSF re-engaged in Leer mid-November 2015 and is presently scaling up its activities in the town and surrounding villages.

In early December 2015, other humanitarian organisations re-engaged in southern Unity.

There is an urgent need for a sustained humanitarian presence in southern Unity state.

Brendan Bannon
A family arrives at the middle of the night and prepares a bednet and mattress on the floor in the crowded hospital at Bentiu POC. September 2015. Bentiu, South Sudan

MSF has been working in the region that today constitutes the Republic of South Sudan since 1983. Today, we employ more than 2,937 South Sudanese staff and 329 international staff to respond to a wide range of medical emergencies and provide free, high quality healthcare in 18 projects across seven of South Sudan's 10 states.

From 1 January to 3 October 2015, we provided 532,305 outpatient consultations across the country, of which 197,670 were for children under five-years-old. We have performed 8,574 surgical operations, 4,776 of which were for war-wounded patients.

We have also treated 10,982 children for malnutrition, of whom 4,042 were admitted to hospital.