Severe flooding is affecting an estimated 800,000 people across a wide swath of South Sudan, inundating homes and leaving people without adequate food, water or shelter. Many areas have been flooded since July, while river levels are continuing to rise, worsening the crisis.

Médecins Sans Frontières (MSF) is responding by providing medical care in flood-affected areas of Greater Pibor, Jonglei, Upper Nile and Unity states. The needs for medical care are increasing with a sharp rise in malaria cases and fears of outbreaks of other diseases. 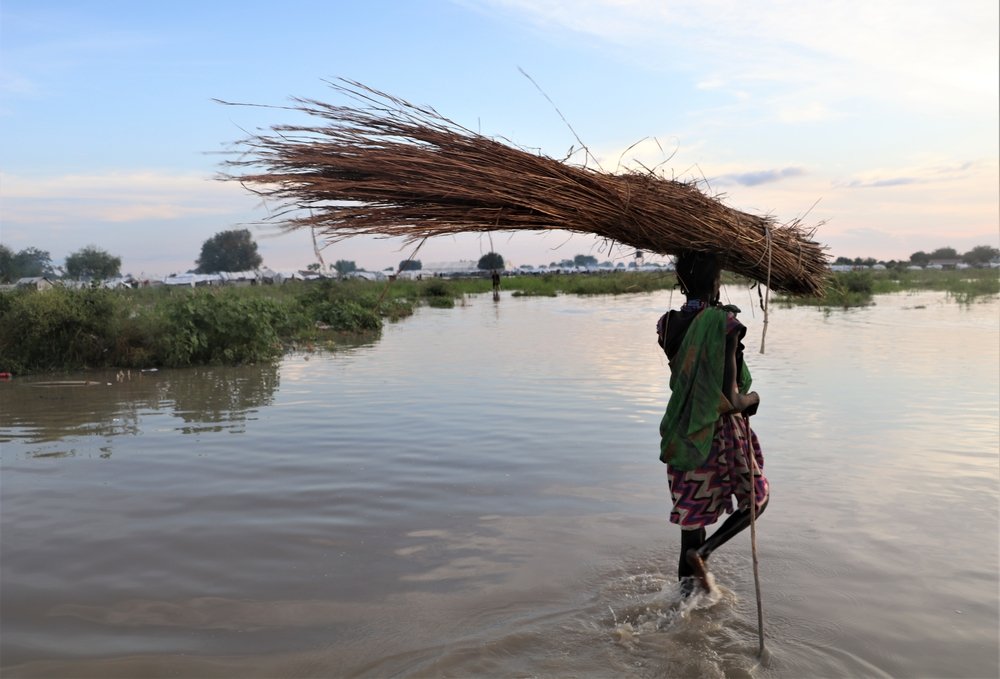 "This year’s floods are happening against the backdrop of multiple emergencies including COVID-19, increased violence and fighting, a growing economic crisis, and high levels of food insecurity," said Ibrahim Muhammad, MSF head of mission in South Sudan.

"Now, we are preparing for an increase in diseases in all flood-affected areas, such as diarrheal diseases and malaria, given the high risks caused by displacement and crowding, poor hygiene conditions, and a lack of functioning latrines."

"Many houses are affected on a daily basis"

In Greater Pibor, one of the worst-affected areas of South Sudan, MSF is running mobile clinics in five villages and an emergency clinic in Pibor town. In the last two months, MSF treated more than 13,000 patients in and around Pibor, including more than 5,000 children under five years old. MSF treated about half these patients for malaria and more than 160 children for measles.

"We left without thinking to save our lives. We found shelter in a school, but it was destroyed too" 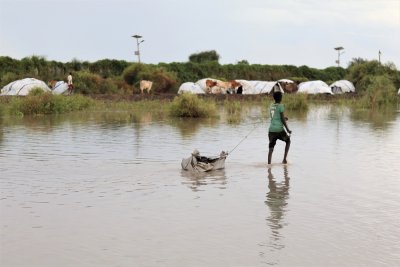 MSF is also distributing 60,000 litres of drinking water per day in Pibor as wells have been contaminated by floodwaters.

With water levels still rising, MSF is concerned about the viability of its clinic in Pibor and is looking for alternative sites on higher ground outside of town.

In Old Fangak, a town of about 30,000 people in a wetland area of Jonglei state, flooding began in July and water levels are continuing to rise.

"Many houses are affected on a daily basis," said Dorothy I. Esonwune, MSF project coordinator in Old Fangak. "The focus of everybody in Old Fangak is on scooping out water from around their homes and building up dikes out mud."

"There are no roads to the hospital, only water"

An additional 3,000 people arrived in Old Fangak in late September after heavy rains flooded their homes in the surrounding villages. MSF's medical teams at the Old Fangak hospital have provided care for about 70 displaced people, including for respiratory tract infections and acute watery diarrhoea. Most of the town's latrines have flooded, raising the risk of waterborne diseases. 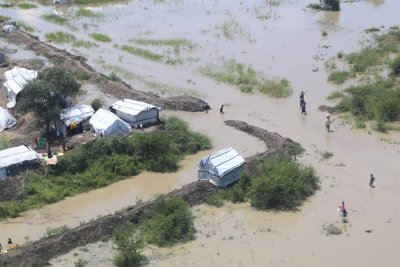 In the MSF hospital in Lankien, in Jonglei State, MSF has seen fewer patients since high floodwaters made it nearly impossible for people to travel from surrounding areas.

The local airstrip has flooded, making it more difficult to deliver medical supplies or refer patients to other medical facilities when needed.

Patients that do arrive at MSF facilities sometimes describe a harrowing journey. When 13-year-old Yoel fell ill, his father Stephen Manyang Chan, a widower and father of five, carried him to the MSF clinic in Leer, Unity State, walking through chest-high waters for two hours.

"There are no roads to the hospital, only water," he said.

"I have nowhere to live"

In Upper Nile State, MSF set up an emergency clinic serving the towns of Canal and Khorfulus, which can only be reached by boat from Malakal town. An MSF team treated malaria and diarrhoea, conducted a rapid nutrition screening, provided psychosocial support and distributed essential household items to 545 households. 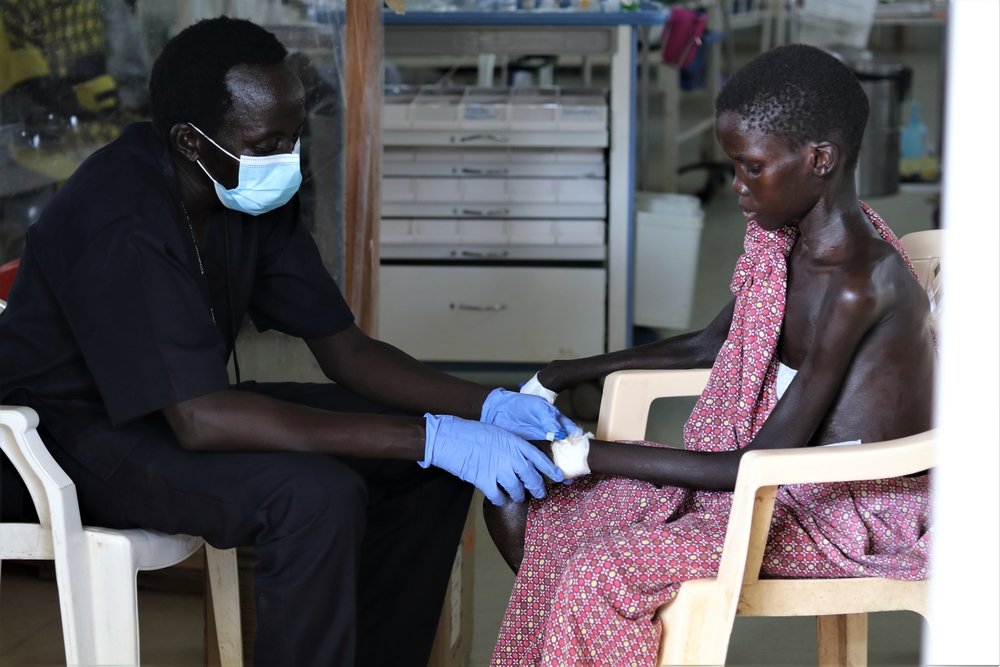 In areas where floodwaters are too high to walk, people are using makeshift rafts constructed from plastic sheeting or large plastic water tanks reshaped as canoes, with a shovel for an oar. Those who stay to protect their houses use sandbags or mud walls to try to stop the water.

"The water rose surprisingly fast," said 39-year-old Tbisa Willion from Canal town, Upper Nile state. "We left without thinking to save our lives. We found shelter in a school, but it was destroyed too. We went to our neighbour. We took a canoe to return to our house and tried to save some belongings, but we found only a few plates. I lost my chickens, my 10 goats. I have nowhere to live."

As the floods continue to impact the population across South Sudan, MSF is conducting a series of aerial and ground assessments in Jonglei, Upper Nile and Unity States to identify the most-affected communities.