Juba, 25 August 2021 - An alarming jump in the number of patients with hepatitis E and acute watery diarrhoea has been seen in the camp for internal displaced persons (IDP) in Bentiu, South Sudan. The situation is critical with two deaths already registered within a month since end July, alerted the international medical humanitarian organisation Médecins Sans Frontières/Doctors Without Borders (MSF).

“We have repeatedly warned of the health risks of inadequate water and sanitation service provision in the Bentiu camp,” said Federica Franco, MSF country director. 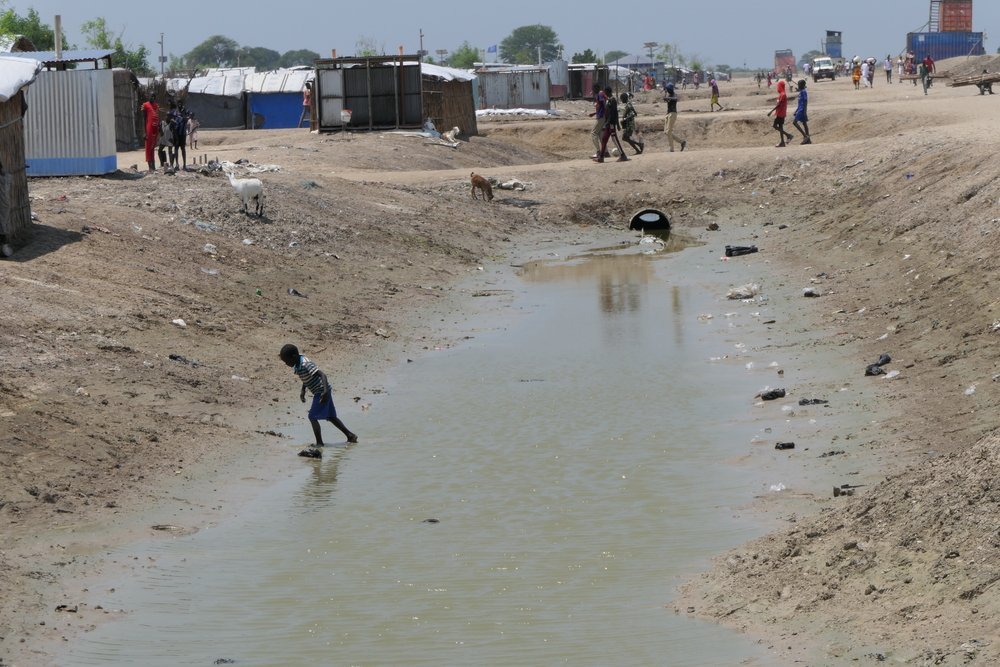 Damaris Giuliana/MSF
Children walk, play and bath in dirty water – a key source of infection that is driving an alarming jump in the number of patients with hepatitis E and acute watery diarrhoea presenting at the MSF hospital in Bentiu camp.

“A failure to address these issues, with agencies actually reducing their water and sanitation services over the past year, has now resulted in this avoidable situation.”

Since July, MSF teams have treated four times more patients with hepatitis E than in the previous months.

Amongst the patients who passed way, one was a pregnant woman, as the Ministry of Health in South Sudan called attention to on 15 August.

This is a highly concerning disease especially for this group, as they are more likely to experience severe illness and the mortality rate can be as high as between 10-30 per cent.

Hepatitis E is a viral liver disease prevalent in environments with poor water supply and sanitation.

It is most commonly spread through the oral-faecal route, when people ingest water or food contaminated by an infected person’s faeces. 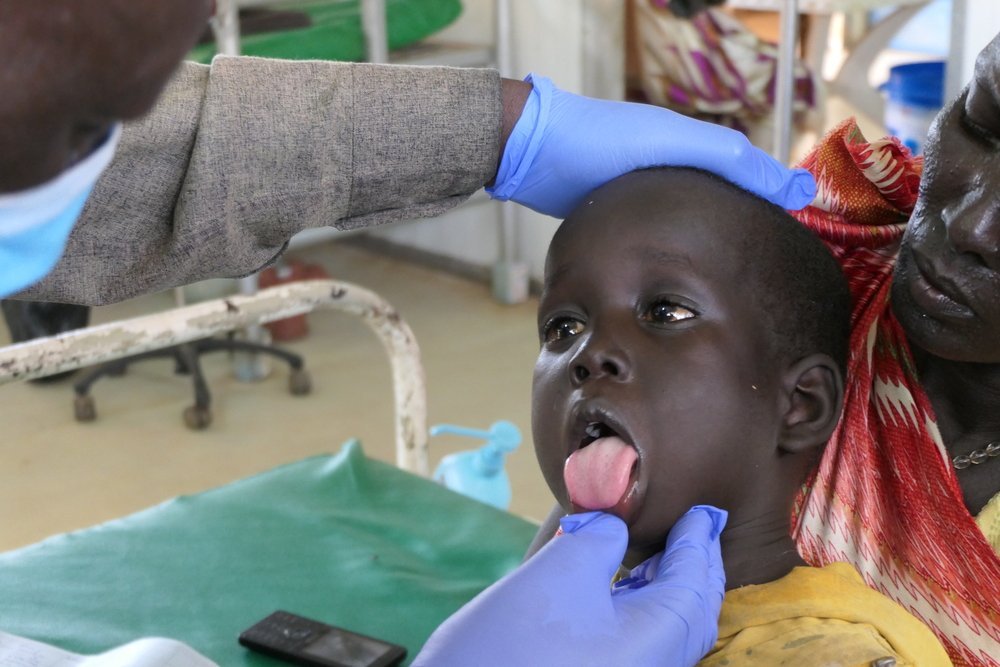 Damaris Giuliana/MSF
Kang Gatlok, 4 years old, during a medical consultation in which he tested positive for hepatitis E. The disease is most commonly spread through ingestion of water or food contaminated by an infected person’s faeces.

The symptoms are acute jaundice, which turns people’s eyes and skin yellow, as well as fever, reduced appetite, nausea and vomiting, dark urine and enlargement of the liver, though people may not show symptoms at all.

MSF teams have also witnessed an exponential growth in the number of people with acute watery diarrhoea.

While we were treating an average of 230 patients per month throughout the year, we have seen 1,454 in July - a 50 per cent rise in the number of patients seen in June. 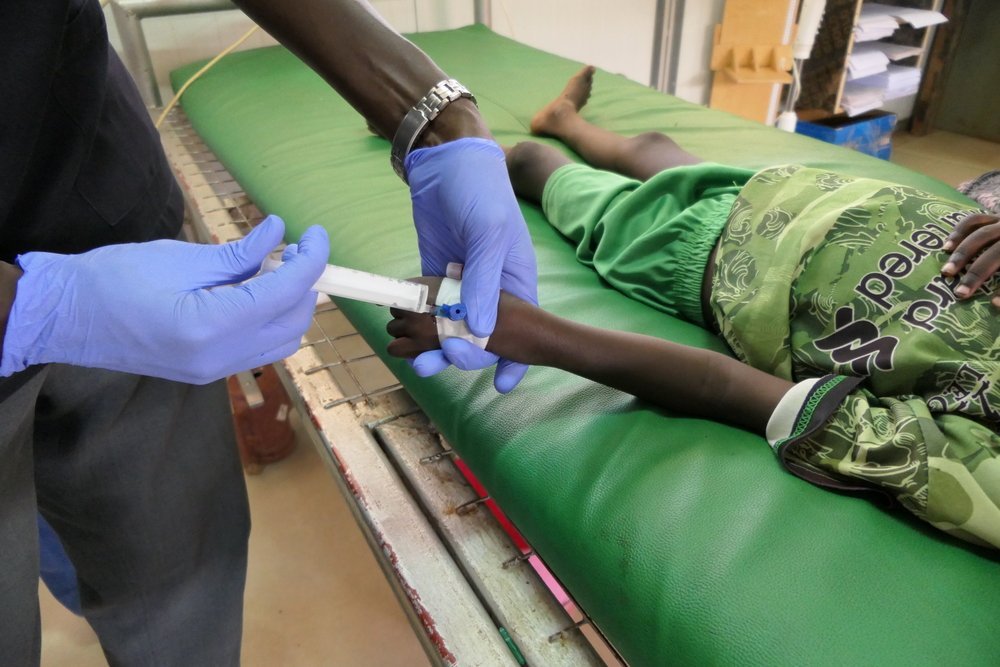 Damaris Giuliana/MSF
Four-year old boy with hepatitis E receives medication at the MSF hospital in Bentiu camp. He lives in a small shelter shared by seven people. On average, each of them has access to 6L of clean water per day.

The most affected are children aged under five years.

“We don’t have water containers in our house and sometimes my children go to bed without showering because the one jerry can we have is not enough for showering the five of us. We just use it for drinking,” explained camp resident Nyaker Deng Bol, 24 years old.

Lack of soap and latrines

A lack of soap and latrines, as well as open sewers, are among the poor hygiene issues contributing to the appalling situation for over 100,000 people who live in the camp. 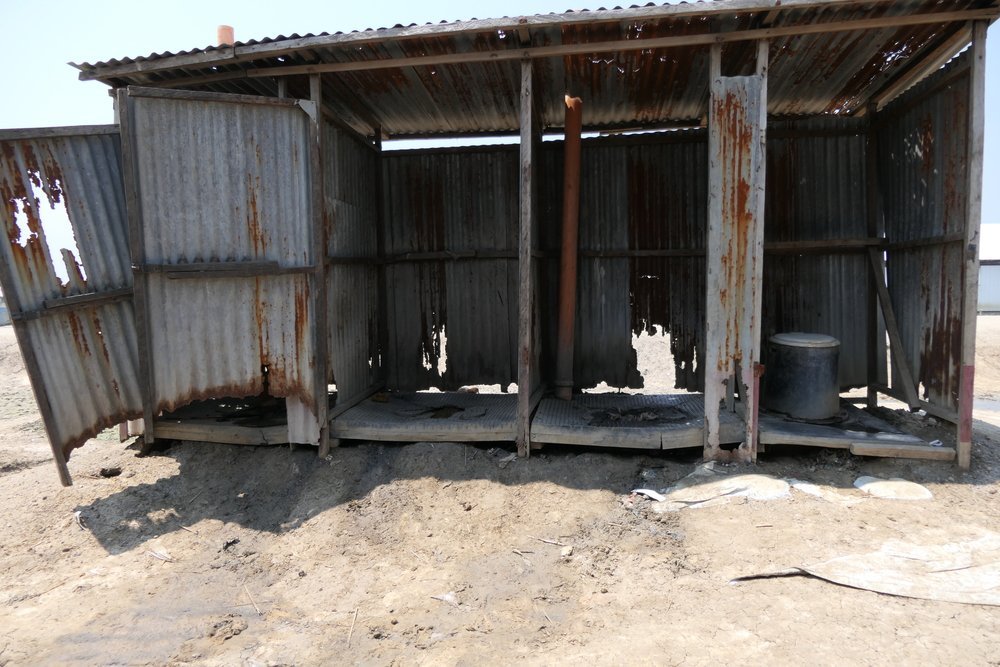 Damaris Giuliana/MSF
A recent survey conducted by MSF shows that Bentiu IDP camp has only one functional latrine to each 200 residents. This is ten times below the international standard.

During a survey MSF teams conducted this month, less than 27 per cent of the sampled households could show a piece of soap while being interviewed in their shelters.

Additionally, only around 13 per cent of people have access to hand washing points with water and soap close to the latrines.

An earlier MSF assessment in April showed that the number of functional latrines in the camp was ten times below the minimum international standard for the size of population. 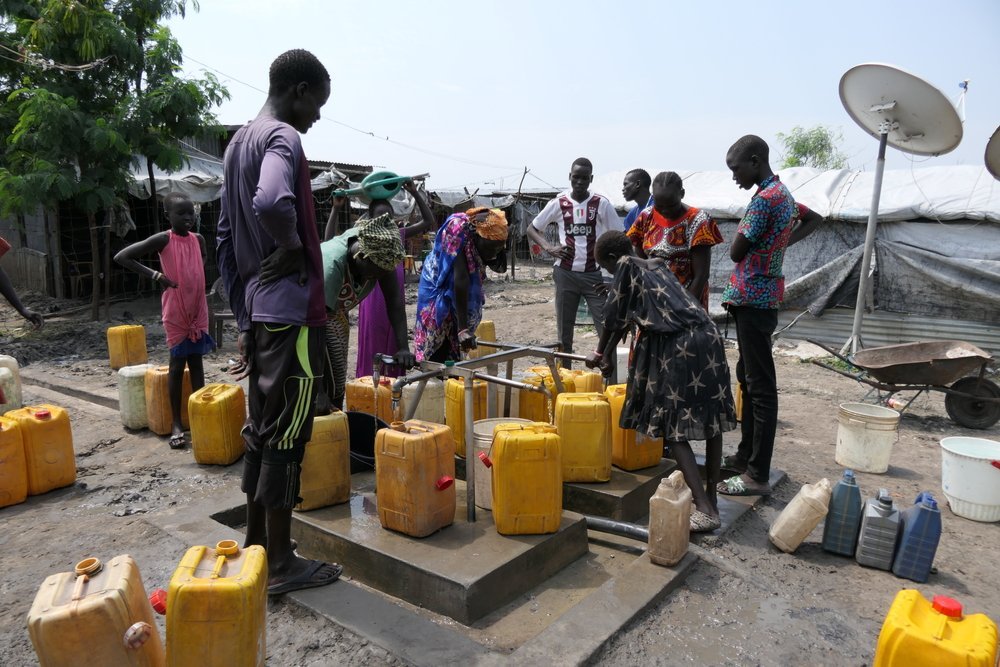 Damaris Giuliana/MSF
People collect water with the available resources, including buckets. Many residents need to use the same buckets for washing clothes, transport all sort of items and even to defecate during the night if they have diarrhoea.

“The deplorable water and sanitation situation in the Bentiu camp is not a new phenomenon but has continued to drastically deteriorate in the last two years, leaving an already vulnerable population at high risk of outbreaks, as we are currently witnessing,” analysed Samreen Hussain, MSF deputy medical coordinator.

While MSF has mobilised a medical response, organisations that provide water and sanitation in Bentiu camp have been increasing services to address the unacceptable conditions. 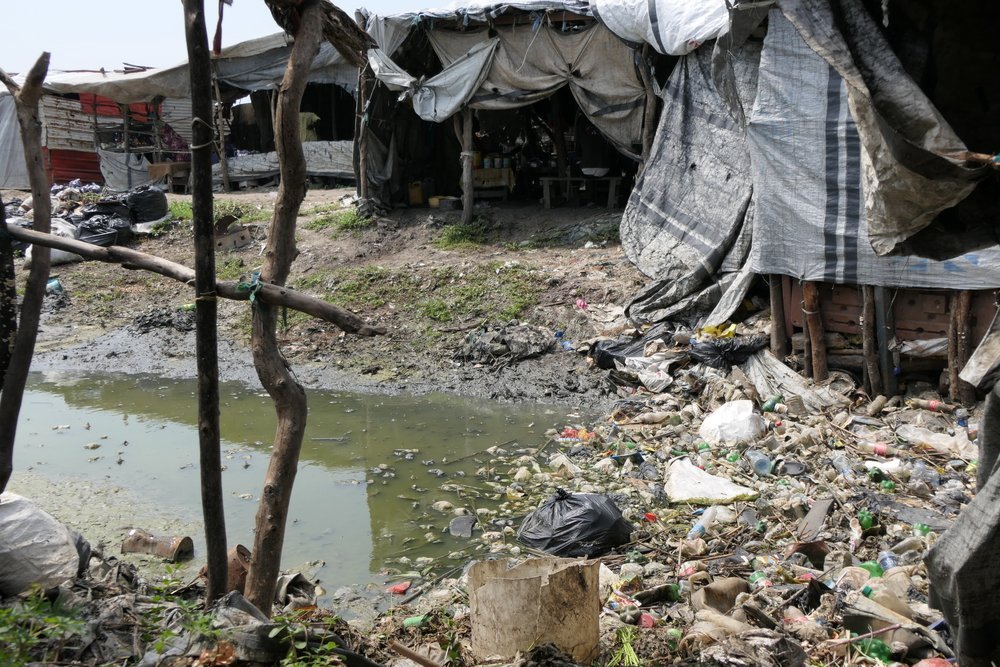 Damaris Giuliana/MSF
A garbage area in the main street market of Bentiu IDP camp. People buy all sorts of items in the tents surrounding the garbage, including food.

Desludging, cleaning and rehabilitation of existing latrines, construction of new latrines, and distribution of soap and water containers should urgently continue, as the water and sanitation conditions are still extremely poor.