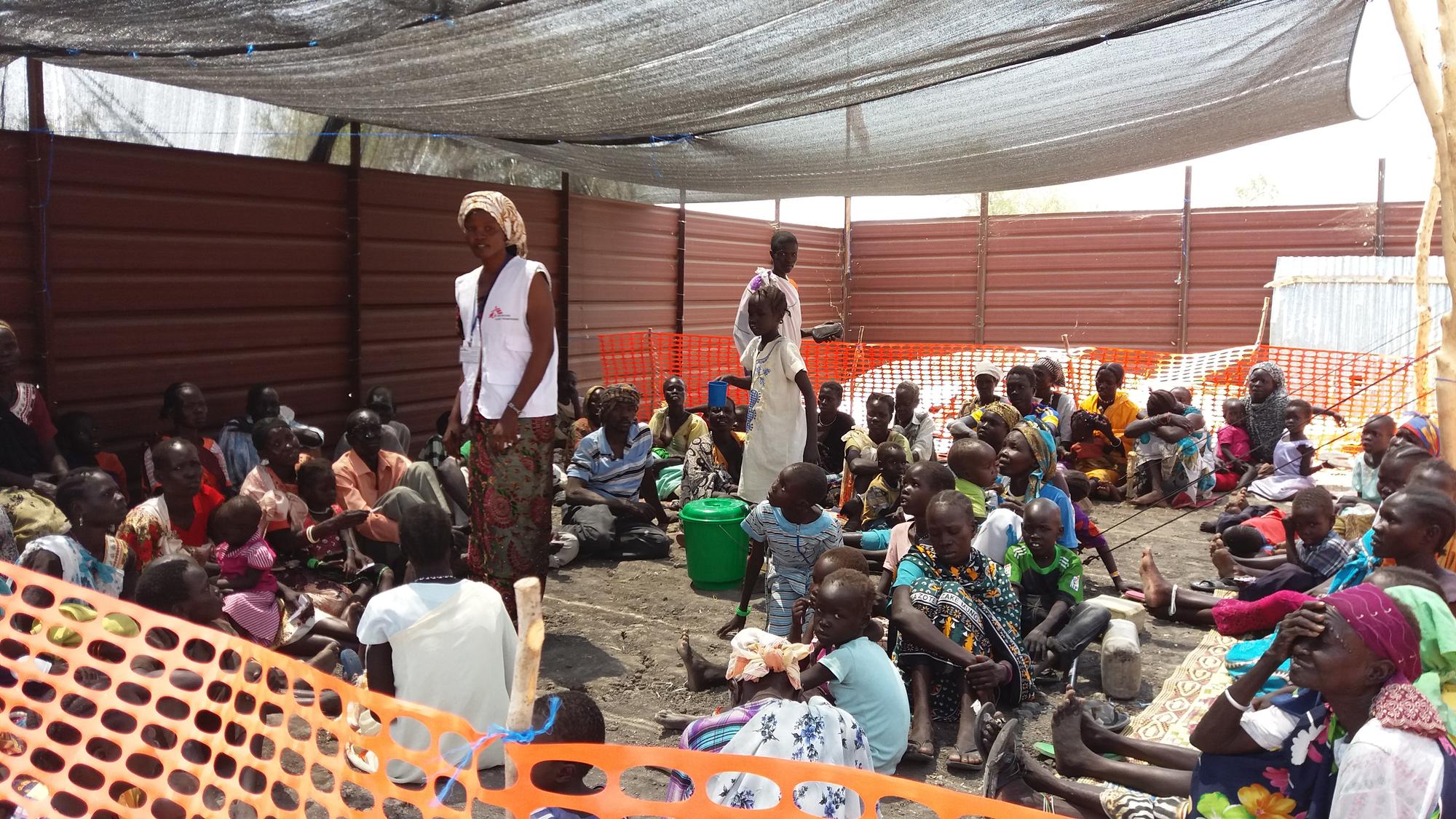 Over the last few weeks, fighting in the Greater Upper Nile region has left the town of Wau Shilluk deserted, and now thousands of vulnerable people who fled the violence are in urgent need of humanitarian assistance. Until recently, Médecins Sans Frontières/Doctors Without Borders (MSF) ran a hospital in Wau Shilluk, but when the fighting approached, the organisation was forced to evacuate the facility.

MSF has now launched an emergency medical operation to support the thousands of displaced persons settled north of the town of Kodok, in Aburoch, and in the more sparsely populated areas south of the town.

"If more latrines are not constructed soon, and access to water is not improved, the risk of communicable diseases spreading through the population will increase."
abdalla hussein abdalladeputy head of mission for south sudan

Since late January, nearly 30,000 people have fled fighting around Wau Shilluk, in the Greater Upper Nile, and moved to Aburoch town and the bush areas south of Kodok.

“The humanitarian needs of those that fled are vast and are not being met,” says Abdalla Hussein Abdalla, MSF’s deputy head of mission for South Sudan. “Most of the people who fled left all their belongings behind. They walked for days to escape the violence, and now they are in dire need of water, food, shelter and medical attention.” 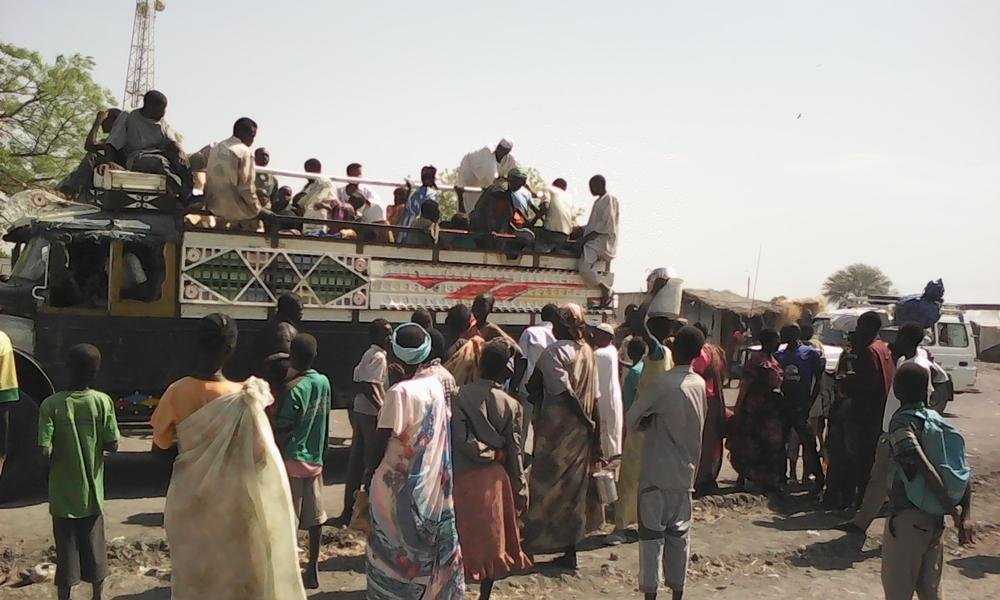 Abdalla Hussein/MSF
People load up into trucks to flee the fighting around Wau Shilluk in the Greater Upper Nile and head towards Aburoch town and the bushy areas south of Kodok.

MSF has responded to the urgent medical needs of this displaced population by opening a field hospital with inpatient, outpatient and emergency services in Aburoch, where up to 15,000 people have settled. Two mobile clinics are also operating south of Kodok where part of the displaced population has settled.

Over the last two weeks, MSF is providing an average of 300 consultations a day, six times the number that was provided in Wau Shilluk hospital before the evacuation. 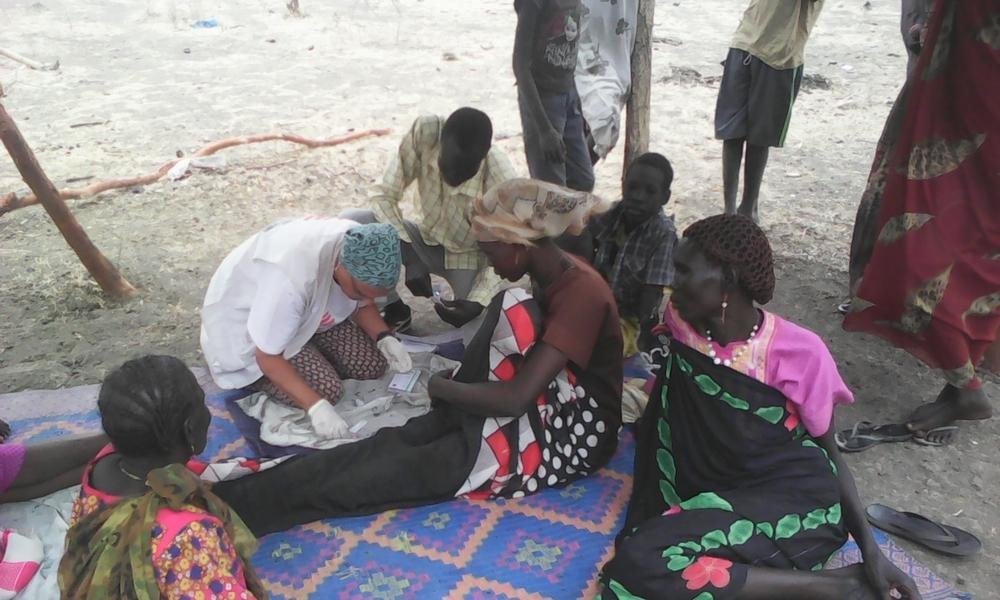 Abdalla Hussein/MSF
MSF worker Elena Grandío is providing assistance to a young child suffering from malaria in an spontaneous site of displaced persons in the south of Kodok in February.

Those who have settled in these areas have very little to survive on. For weeks people have only received an average of two litres of clean water per person. While in recent days this has slightly improved, the amount is still below guidelines for what is required to remain healthy in an emergency environment. Among the families MSF has visited, over 90% were lacking basic supplies such as plastic sheeting to protect against the sun or the cold at night, jerry cans to collect clean water or cooking pots.

“Our doctors see many cases of respiratory infection and of acute diarrhoea which is partly explained by the terrible living conditions. Children, pregnant women and the elderly are especially vulnerable in this situation,” says Abdalla.  “If more latrines are not constructed soon, and access to water is not improved, the risk of communicable diseases spreading through the population will increase.” 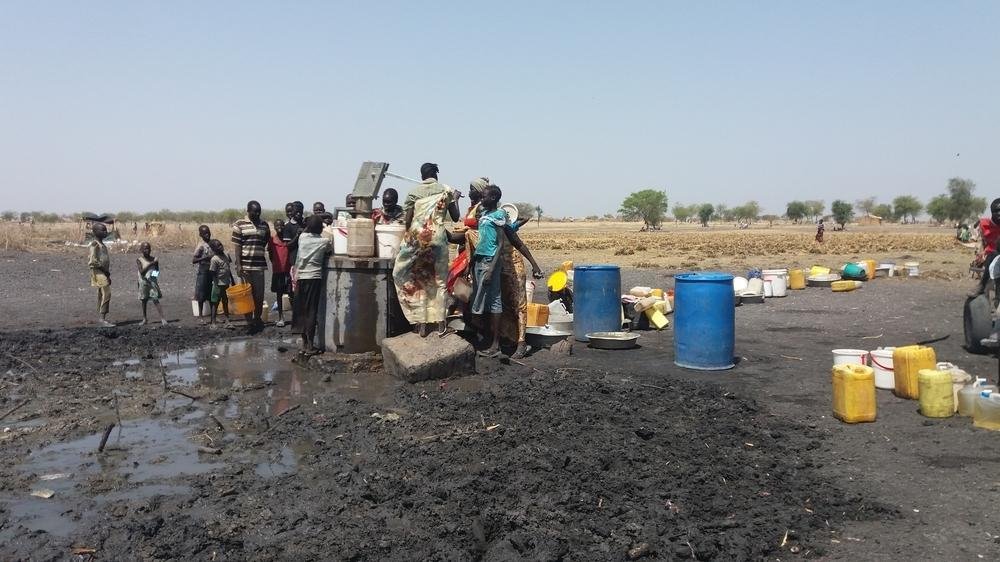 For most people arriving from Wau Shilluk, this is not the first time that they have been displaced. Many had previously lived in Malakal town but were forced to leave because of fighting. Some have relatives in the Malakal Protection of Civilians site, the United Nations Mission in South Sudan (UNMISS) established camp, but are unable to inform them of their present situation.

Protection of civilians from further fighting

MSF is worried by the insufficiency of humanitarian assistance available and reiterates its call for all those involved in the fighting to guarantee the safety of civilians. “Many people don’t know where to settle because they are afraid the fighting will force them to flee again. It is essential that they are spared from any more violence, and that assistance is provided to them where they choose to settle,”  says Abdalla.

MSF managed to visit Wau Shilluk at the end of February and again in early March, where the team assisted 47 people who had stayed in and around the town, mainly elderly and disabled people who were unable to leave. Thirty-eight of them have since been taken to the Malakal Protection of Civilians site upon their request.

The remaining civilians in the town are in clear need of assistance and protection. Humanitarian workers should be allowed to provide them with the help they require. 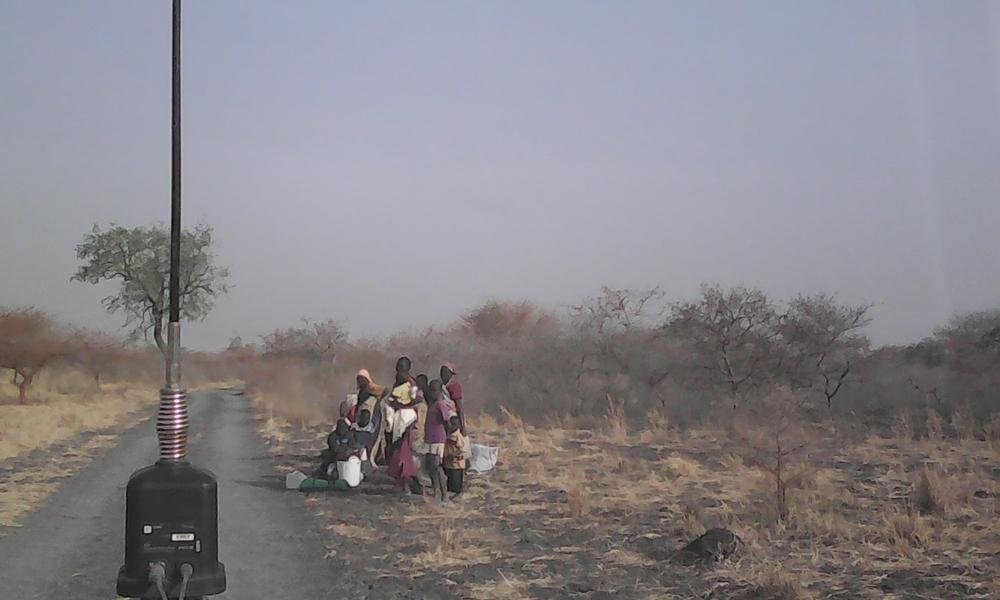 Elena Grandio/MSF
A family slowly makes its way to Kodok, fleeing the violence around Wau Shilluk in the Greater Upper Nile region.

MSF calls for respect of medical facilities and staff

During this recent visit, MSF was able to return to its hospital in Wau Shilluk and survey the condition of facility. “Wau Shilluk was looted of all medicines including life-saving drugs and essential supplies. We have called on those fighting to respect the protected status of medical facilities. Unfortunately, our hospital is in a terrible condition.  Medication for the treatment of TB, HIV/AIDS and Kala-Azar are now all gone,” explains Abdalla. “If medical facilities are not able to operate safely the whole community will suffer.”