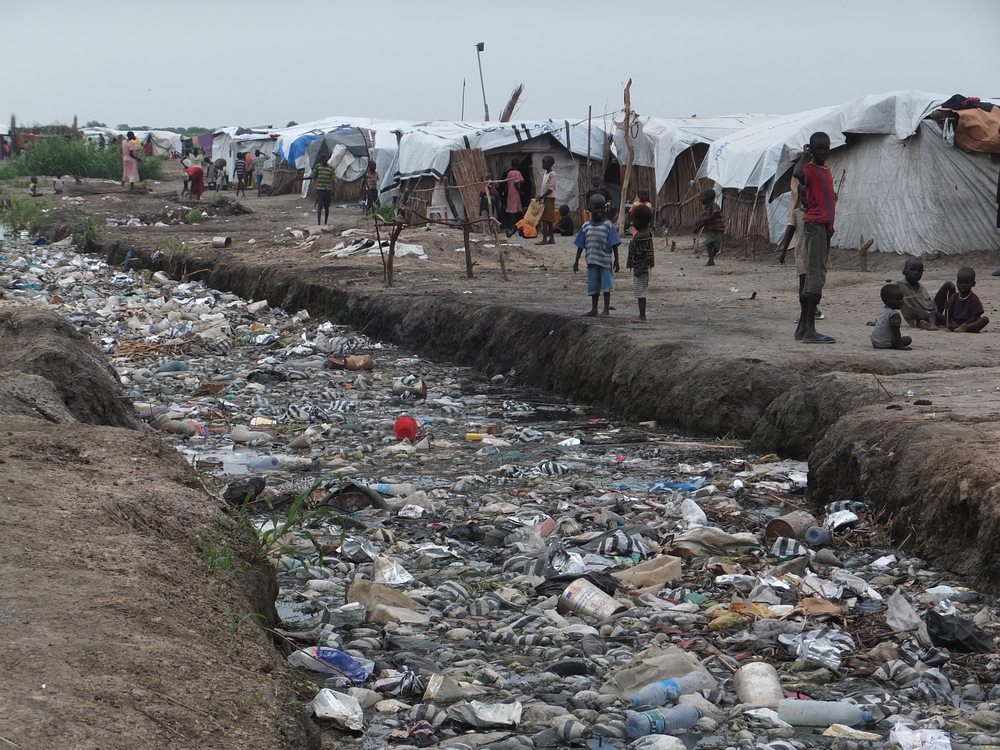 South Sudan: A year after mass killings of civilians in Bentiu, violence and displacement continue

A year has passed since the mass killings of civilians in Bentiu, in the north of South Sudan on April 15th, 2014 and little has changed as reports of violence and displacement continue.

Over 50,000 people are displaced by ongoing violence

A year after the mass killings of civilians in the oil town of Bentiu in South Sudan, including people sheltering in the hospital where Médecins Sans Frontières/Doctors Without Borders (MSF) was running an HIV/TB project, the violence and displacement have continued and access to basic healthcare and food remains a problem for people living in rural areas outside the town.

Following the fighting, MSF treated over 230 people for gunshot wounds and thousands of the town’s residents fled for their lives to the nearby UN peacekeepers’ base, which swelled from 6,000 people to more than 22,000 within a matter of days.

One year later, the number of people seeking protection has significantly increased with over 53,000 displaced people living on a 1 km₂ piece of land which is cordoned off with barbed wire and guarded by UN troops. 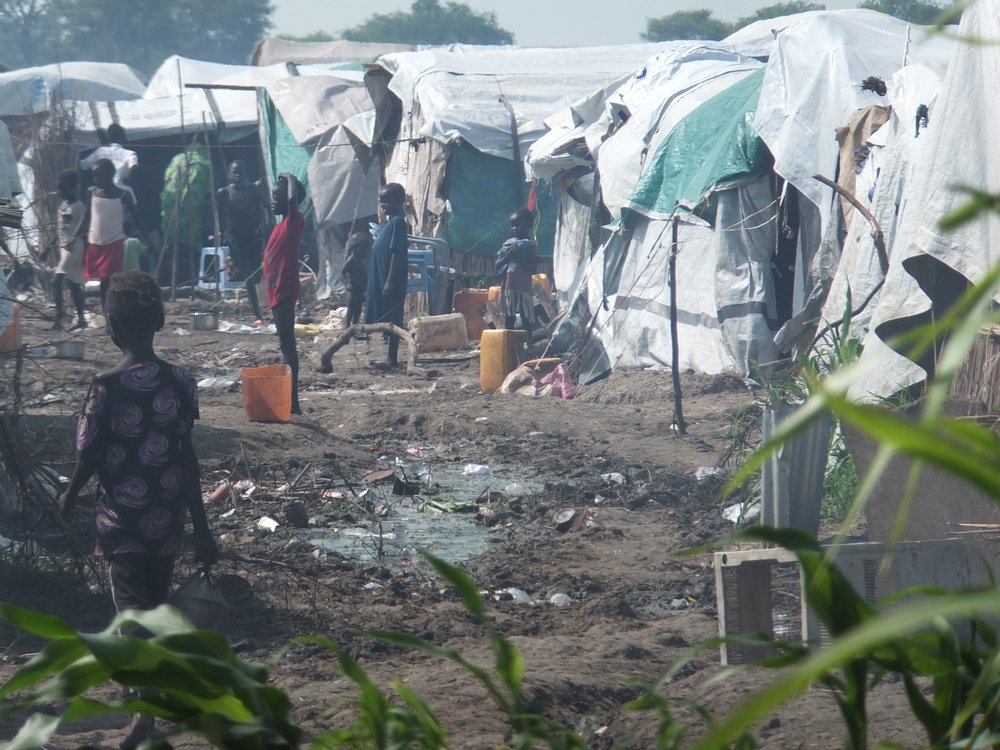 Life-threatening living conditions within the site

Initially living conditions within the site were life-threatening due to overcrowding and a lack of water and sanitation.

Conditions became even worse during last year’s rainy season when the camp was completely flooded. With water levels above the knee, many were forced to sleep standing up with their children in their arms. Several people drowned.

Since the arrival of the dry season, living conditions within the site have improved and various aid organisations are providing basic services to tens of thousands of people living within its confines.

MSF set up a tented hospital to provide residents with quality secondary healthcare services and works to ensure that people living within the site have access to an adequate quantity of clean water and sanitation facilities. 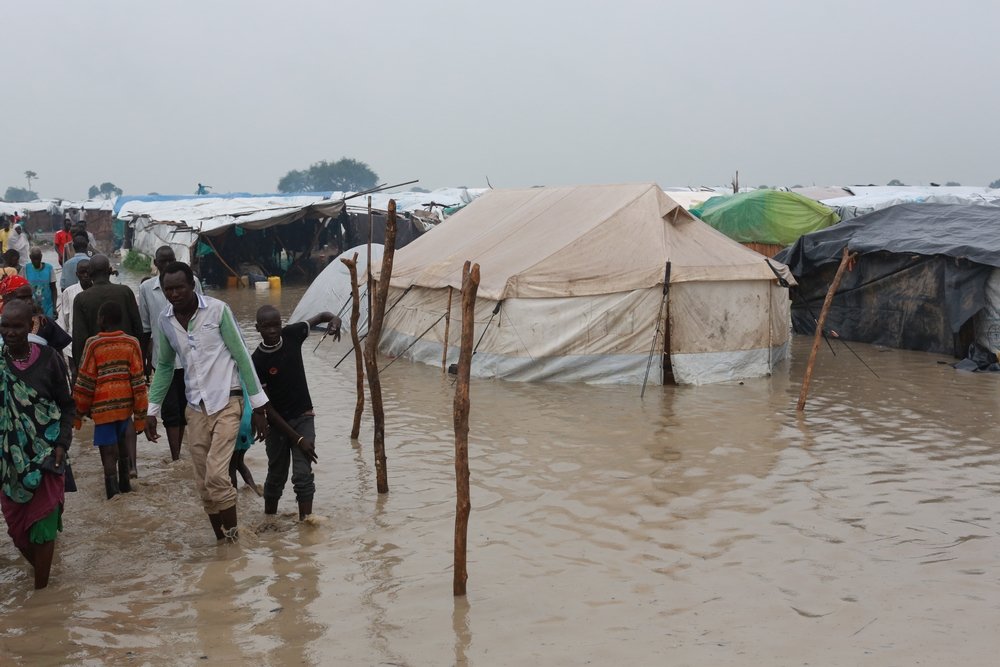 MSF
Living conditions were exceptionally horrific in the camp during flooding in August, 2014, but the water has since subsided

Providing humanitarian assistance within a UN base is an absolute last resort for MSF.

As an independent, impartial and neutral medical aid organisation, we need to remain distinct from political and military actors.

But in these extraordinary circumstances, with heightened tension and fear, it’s important for people to be able to access medical services where they feel safe.

MSF is also working outside the confines of the UN “Protection of Civilians” site as the majority of people affected by the ongoing conflict remains dispersed in hard-to-reach rural areas, with many displaced multiple times by fighting.

MSF is providing mobile clinics in Ding Ding, Nhialdiu, and in Bentiu town itself with a focus on basic outpatient and maternal healthcare. Assessments in the surrounding areas continue - most recently to Nimni in Guit County and Ngop in Rubkona county.

A 28 year old woman from Ngop whose severely malnourished child was hospitalised by MSF in February said ‘’People have suffered so much because of the floods, it destroyed all our crops. So there is nothing to eat."

"The nearest health care facility we used to access before the crisis, has no drugs anymore’’.

Frontlines, military movements, ongoing shelling and gunfire mean that people are afraid to walk long distances to those few health facilities that are functioning. 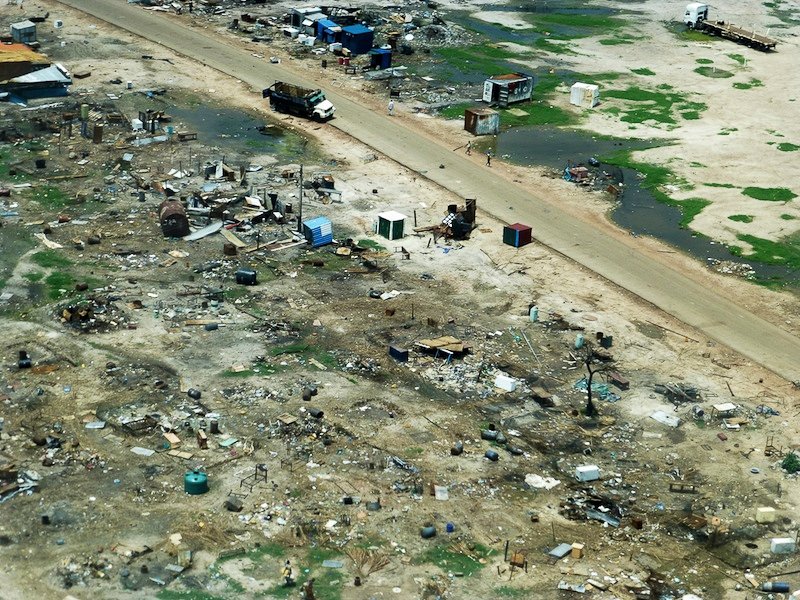 Bentiu has been destroyed by fighting

Bentiu, the former vibrant state capital, is now a garrison town, with most businesses and market stalls run by government soldiers.

Although the bodies of civilians that littered the streets have been cleared away, the carcasses of abandoned vehicles remain at the side of the road.

Most of the town’s houses were burnt to the ground and have not been rebuilt. A melted TV remote control or lone iron bed frame on the scorched earth are the only clues to what once stood there.

The modern hospital in town where MSF provided TB and HIV care has been ransacked, the windows and doors smashed, medical equipment and drugs scattered about.

Infested with bats and vermin, it is no longer in use although MSF does run a mobile clinic with a focus on antenatal care in an outbuilding that has been cleaned up.

No end in sight for this humanitarian situation

As the conflict in South Sudan continues, there is no end in sight for the humanitarian situation in Bentiu.

Ongoing insecurity, active fighting and shelling, and violence against civilians in the vicinity mean that many displaced people currently living in the “Protection of Civilians” site have no choice but to remain inside for the foreseeable future.

The need for assistance to this population, in a place where they feel safe, will continue.

In the meantime, MSF continues to provide medical care to more than 100,000 people in the area around Bentiu. But ensuring respect for humanitarian and medical facilities, staff, and patients continues to be a challenge.