“Where I come from, this crisis has affected many people, people are scared. Some of them have run away from the village, some have run to Nigeria leaving their husbands and children behind. This crisis has affected us with so many things, people came to our village and burnt down the houses of others – people who had done nothing; they fought with people and even killed some of our young villagers.”

When Rosemary gave this description of the crisis in Cameroon’s North-West and South-West Regions, she was in Mamfe District Hospital in the South-West.

She had experienced complications in her pregnancy, and when she began bleeding, she sought medical attention.

Without any treatment available nearby, she walked for a full day from her home, to a nearby village, where people called her a Doctors Without Borders ambulance. 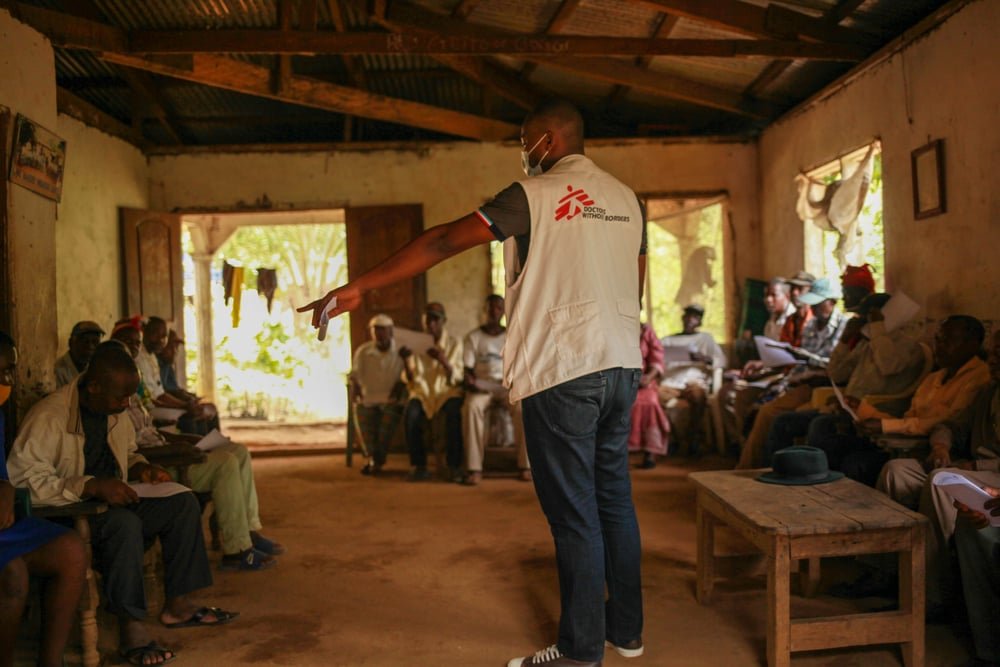 Sadly, Rosemary’s story is not unusual in Cameroon’s North-West and South-West regions, where a political crisis initially linked to demands for more autonomy evolved into a crisis of armed violence between Cameroonian security forces and armed separatist groups.

"Acts of extreme violence have been enacted upon civilians, healthcare workers and schoolchildren; lockdowns (enforced restrictions on movement) have been imposed, and access to health dwindled"

Armed clashes have become a daily reality, severely curtailing the populations’ access to medical care and facilities as well as other basic services. 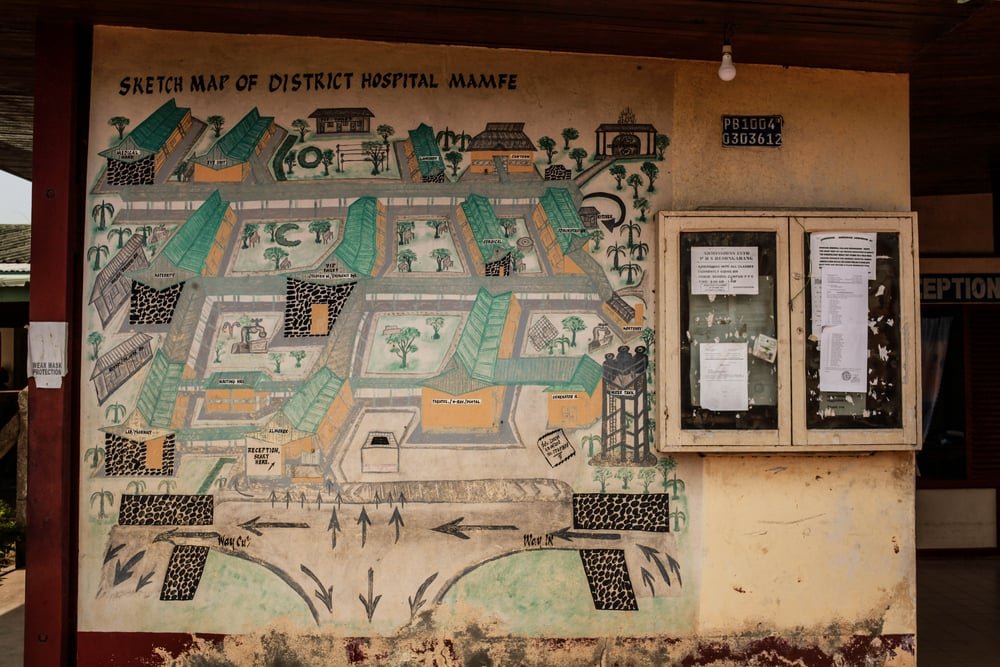 The so-called “anglophone crisis” has caused untold suffering to the population.

Acts of extreme violence have been enacted upon civilians, healthcare workers and schoolchildren; lockdowns (enforced restrictions on movement) have been imposed, and access to health dwindled. 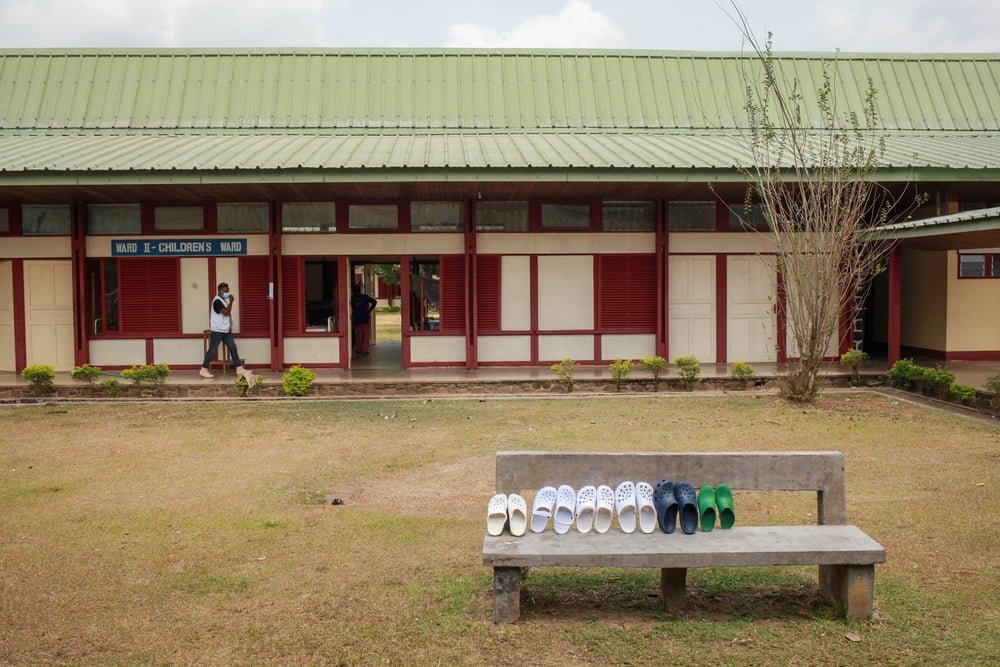 According to the United Nations, close to one in five healthcare facilities is no longer functioning in these two regions due to the ongoing crisis, while over 700,000 people have been displaced.

These two statistics combine to create a difficult reality for people in need of essential medical care.

Those who have fled the violence often take refuge in the bush, far from any health facilities, vulnerable to malaria, infections or snakebites, in locations often inaccessible for emergency vehicles such as ambulances, or even motorcycles.

"A free ambulance service... is no less than a lifeline"

According to MSF’s Operations Coordinator for the South-West Region, Zakaria Mwatia, “the reduced access to medical facilities, coupled with the fact that many cannot afford health care provided by the state, means that even in urban environments, obtaining treatment is a challenge. For this reason, the provision of a free ambulance service, and referrals for free medical care, is no less than a lifeline.” 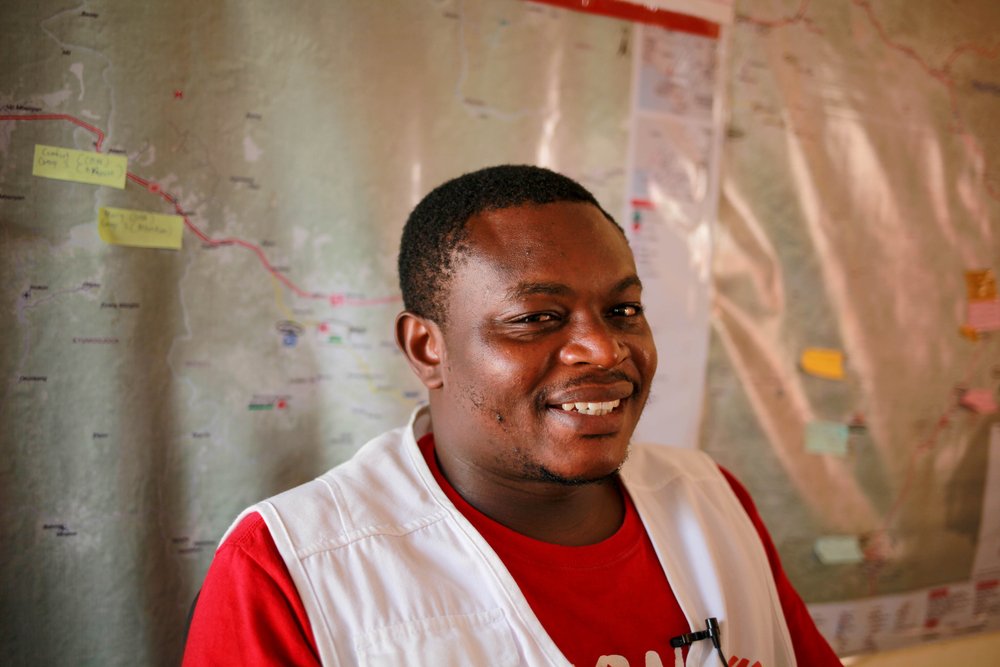 Scott Hamilton/MSF
Elvis is an ambulance nurse with Doctors Without Borders in South-West Cameroon. According to him, the best part of his role is seeing the smile on a patient's face when they recover.

Since 2018, MSF has been running a 24/7 ambulance service, community-level care and support to health facilities in the two regions. In 2020, almost 9,000 referrals were completed through the ambulance service.

However, in December 2020, MSF medical services were suspended by Cameroon’s authorities in the North-West Region; this suspension has not been lifted.

"Our support to hospitals, our community health workers, and our ambulance service are vital for people here, but the needs are massive, and by comparison, our work is a drop in the ocean; more needs to be done"

In the South-West, the ambulance service performed 3,956 referrals in the first six months of 2021.

The majority of call outs were for medical issues unrelated to violence, such as women in labour. 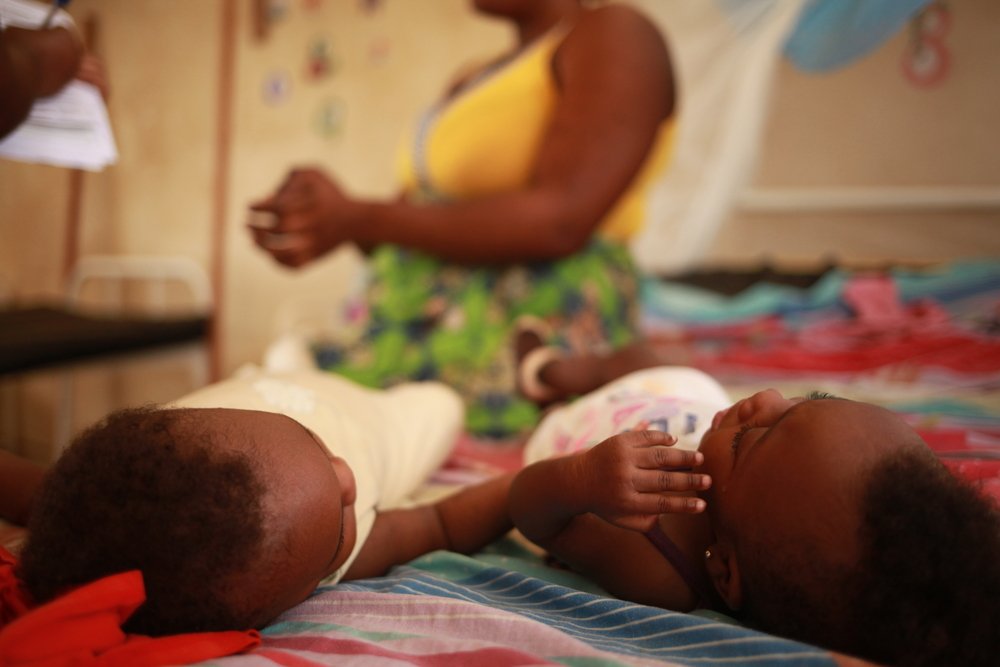 Scott Hamilton/MSF
Ako Stephanie sits with her two children after being brought to Mamfe District Hospital by the Doctors Without Borders ambulance.

Every Monday there is a lockdown, imposed by armed groups, barring people from leaving their homes – this makes it extremely difficult for people to get to hospital if there’s a medical emergency.

During these lockdowns Doctors Without Borders’ ambulance call centre responding to emergencies in the Kumba area saw an increase of more than 20 per cent in the number of calls received, compared to regular days. 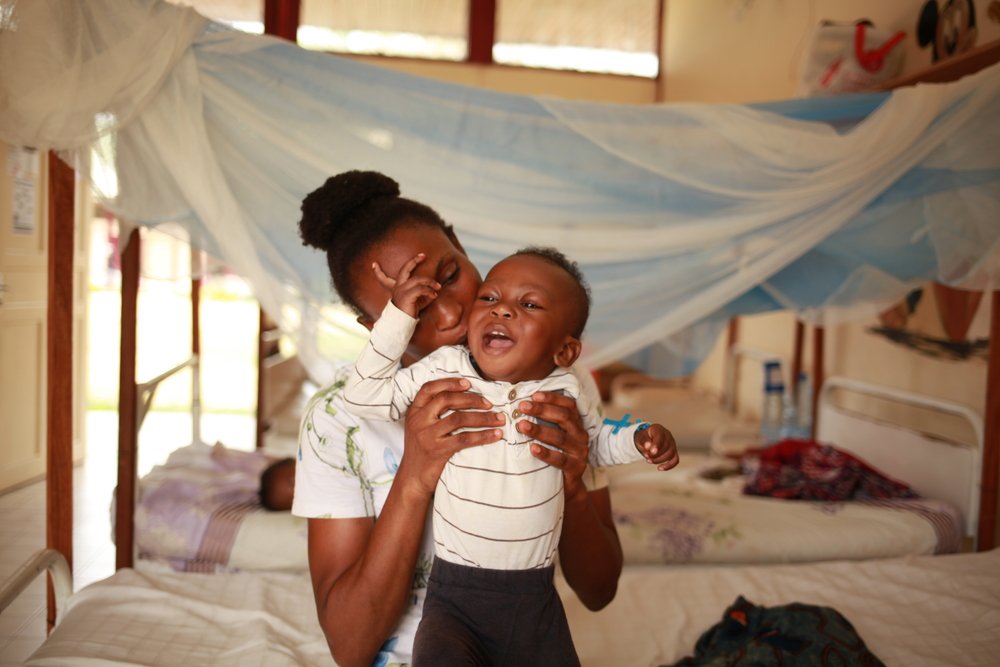 Scott Hamilton/MSF
Obel Antoinette's son had a high temperature and was suffering from malaria, malnutrition and a rash. When his condition worsened it was already after curfew and she had little option but to call MSF's ambulance service.

There is no other organization providing a free ambulance service in the South-West Region, let alone during lockdowns.

While the nature and frequency of the call-outs MSF receives illustrate some of the needs in the South-West, it’s also clear that substantial gaps remain in terms of healthcare for the population. 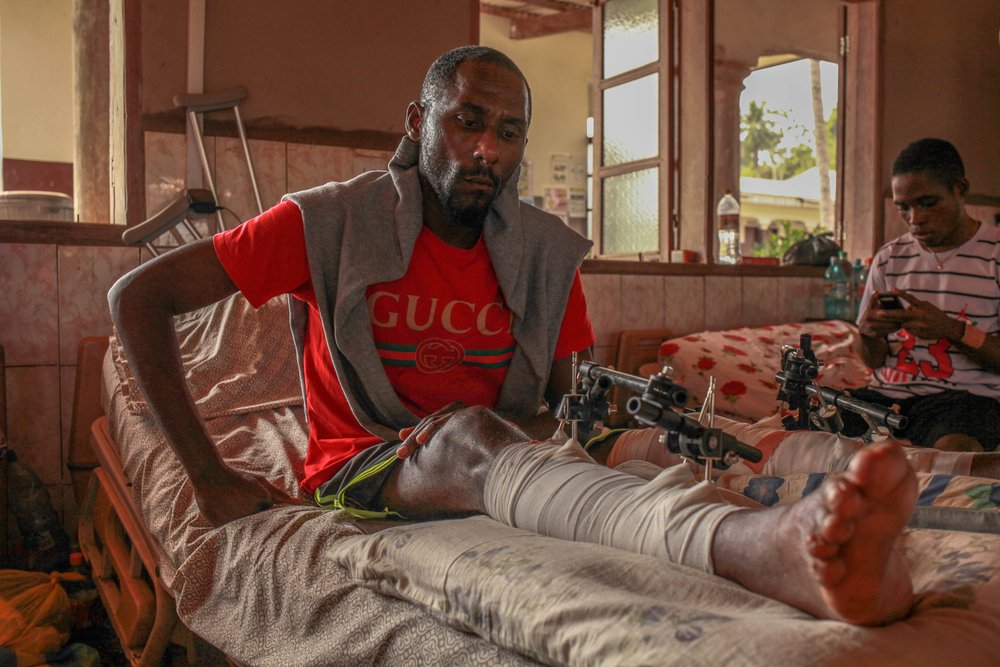 “The effects of this crisis on the population must not be underestimated. Our support to hospitals, our community health workers, and our ambulance service are vital for people here, but the needs are massive, and by comparison, our work is a drop in the ocean; more needs to be done.” - MSF Operations Coordinator for the South-West Region, Zakaria Mwatia.

Even as the scale of this crisis is highlighted, attacks on healthcare staff, facilities and ambulances, perpetrated by armed men continue.

"Since MSF began operating an ambulance service in the North-West and South-West regions in 2018, the nurses, drivers and patients in the ambulances have regularly been harassed, threatened and intimidated by armed men"

From kidnapping and threats, to acts of violence in medical facilities, it’s clear that the space afforded to medical workers and humanitarians is shrinking. 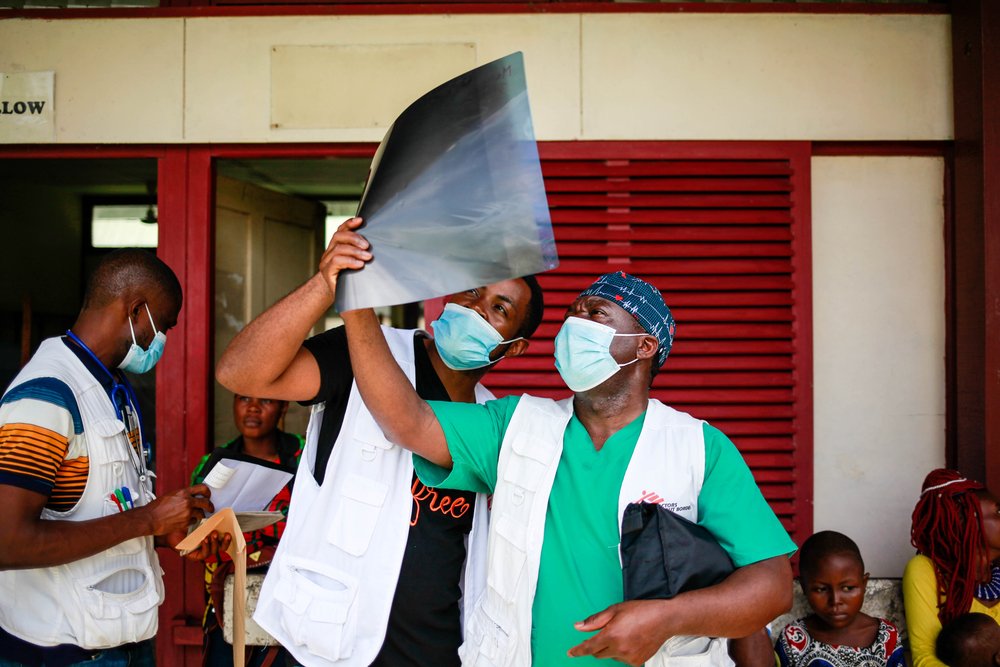 Since MSF began operating an ambulance service in the North-West and South-West regions in 2018, the nurses, drivers and patients in the ambulances have regularly been harassed, threatened and intimidated by armed men.

However, patients continue to be treated in the South-West without distinction, just as they were in the North-West prior to suspension: wounded soldiers of the state, as well as wounded separatist fighters and civilians are all human beings, and receive medical care from MSF when they need it, in accordance with international humanitarian law, article three of the Geneva Convention and medical humanitarian ethics. 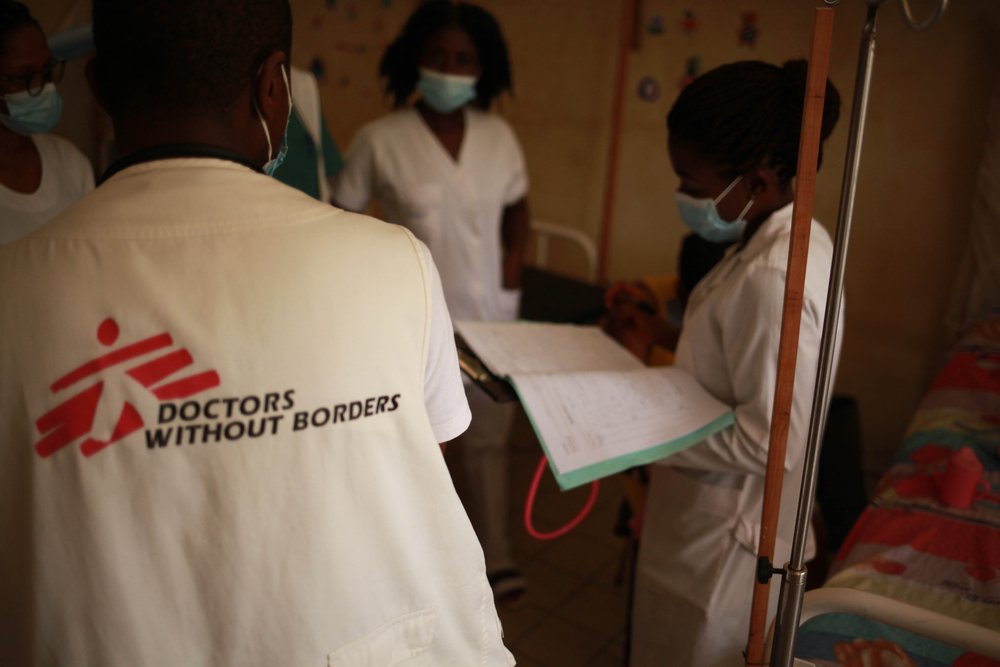 While these threats and violent incidents are recorded by MSF’s teams, other medical actors, including those of the humanitarian community and Cameroon’s Ministry of Health face the same risks.

Ultimately, it is the local community who pays the price for this. 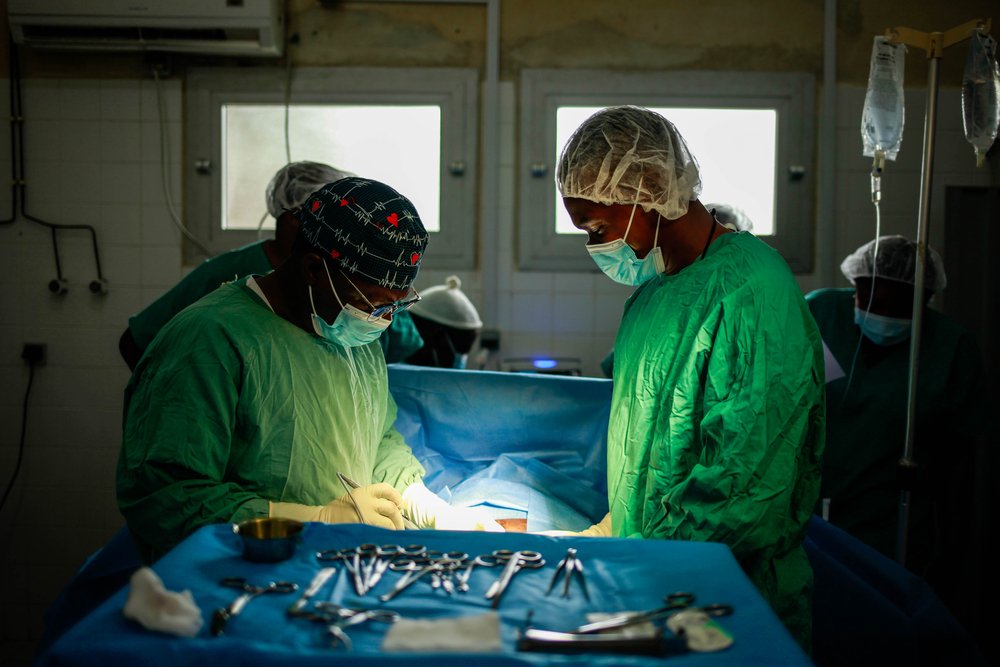