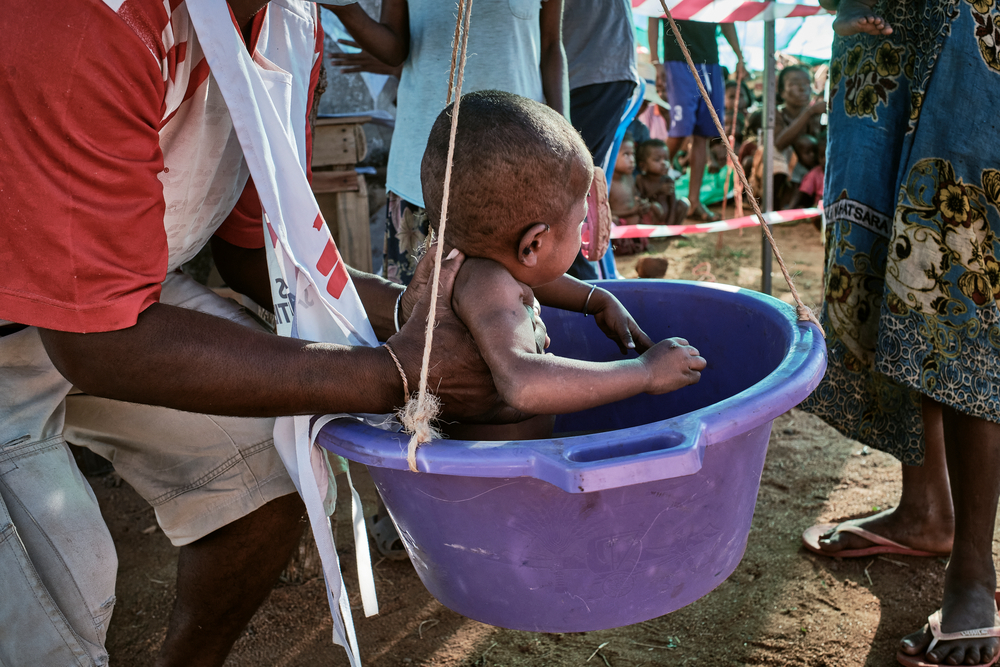 Antananarivo/Paris, 17 May 2021 – An immediate and massive increase in food aid is urgently needed for people in southern Madagascar, says international medical organisation Médecins Sans Frontières/Doctors Without Borders (MSF), whose teams in the region are witnessing an exceptionally severe malnutrition crisis which in some places borders on famine.

74,000 children across the southern region are acutely malnourished

“We’re seeing totally destitute people who have literally nothing to eat and are teetering on the edge of survival,” says Julie Reversé, MSF operations coordinator in Madagascar.

“Some have had to sell their cooking utensils and don’t even have containers to fetch water.” 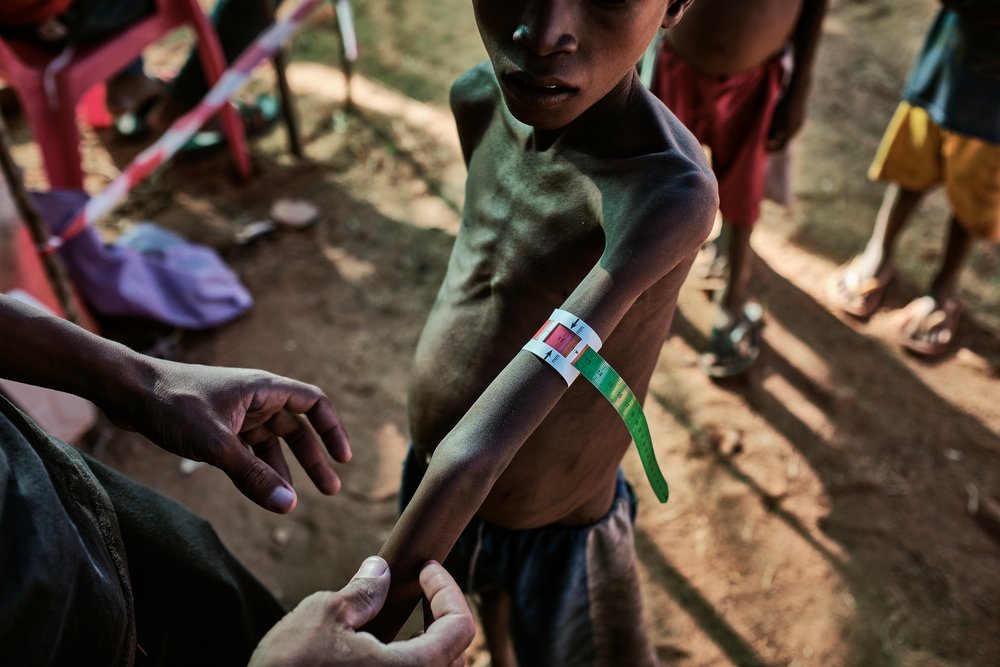 iAko M. Randrianarivelo
People in the south-east of Madagascar are facing the most acute nutritional and food crisis the region has seen in recent years. The MUAC (Mid-Upper Arm Circumference) is a quick way of identifying children at risk of malnutrition.

In some villages in Amboasary district in Anôsy region, MSF teams have found an average of 28 per cent of children under five are acutely malnourished, one-third of whom have severe malnutrition and are therefore at high risk of death.

"Almost 14,000 people in Amboasary, one of the worst affected districts, are now considered to be starving."

According to recent figures released by Madagascar’s nutrition surveillance system, UN agencies and similar organisations operating in the region, 74,000 children across the southern region of Madagascar are acutely malnourished, 12,000 of whom have severe malnutrition – an increase of 80 per cent compared to the last quarter of 2020.

Almost 14,000 people in Amboasary, one of the worst affected districts, are now considered to be starving. 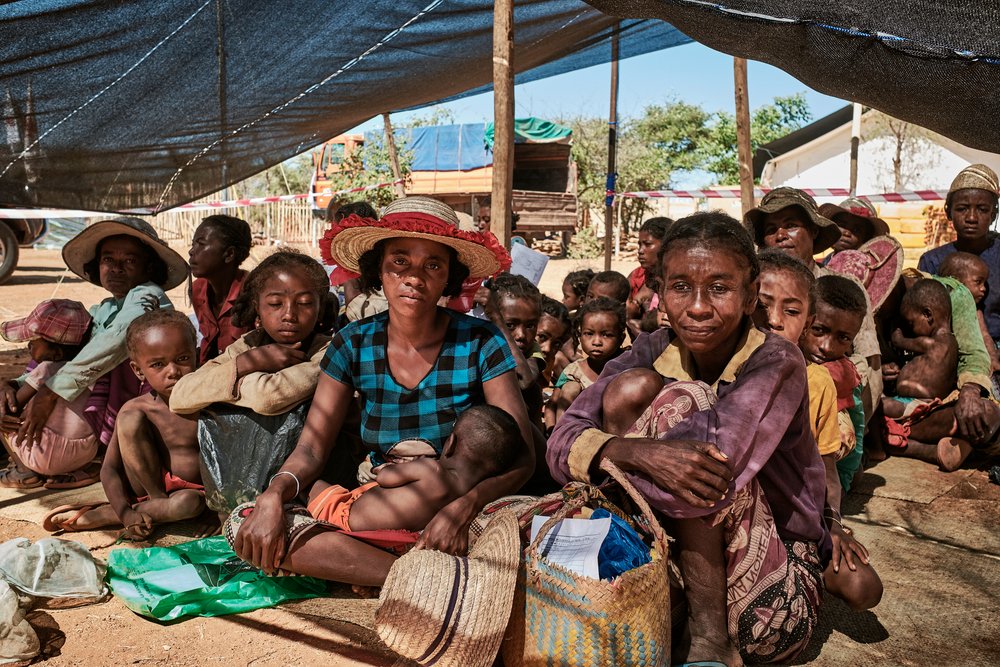 iAko M. Randrianarivelo
MSF began setting up mobile clinics in Amboasary district in late March. Several families from different localities meet under the same tent while waiting for the call for the consultation.

“One alarming indicator is that the 2,200 people treated by MSF for acute malnutrition since the end of March include children under five, but also adolescents and adults,” says Reversé.

Factors contributing to the crisis

A unique combination of factors has plunged southern Madagascar into this crisis.

The worst drought in 30 years has wreaked havoc on agriculture; sandstorms caused by deforestation have covered much of the arable land in sand, even destroying food sources such as cactus fruit, normally eaten as a very last resort; and COVID-19 has had a spillover effect on the island's economy. 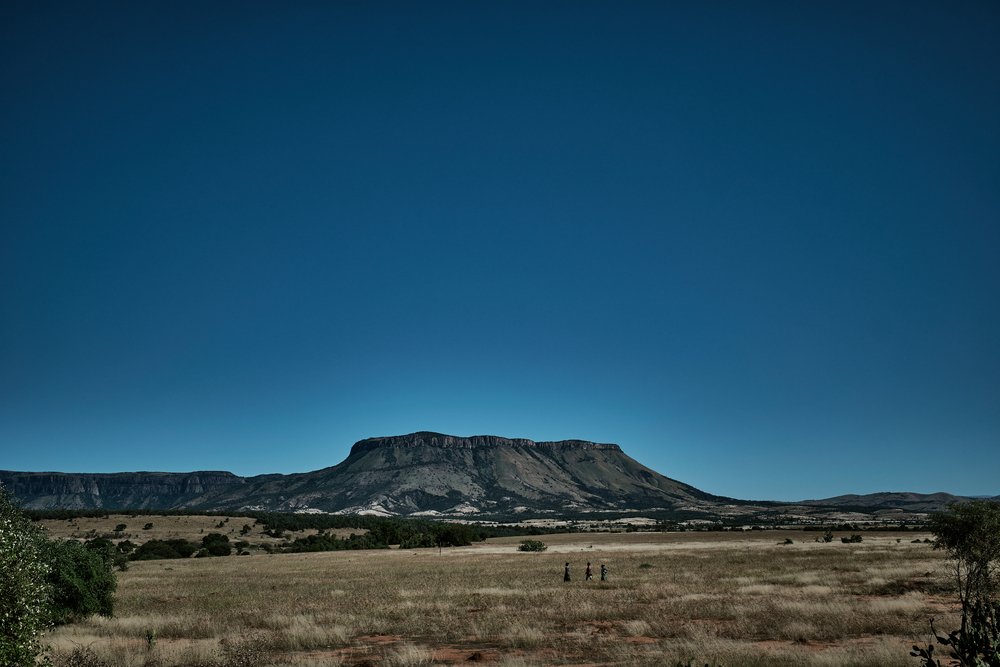 iAko M. Randrianarivelo
Commune of Ranobe, Amboasary District. People in the south-east of Madagascar are facing the most acute nutritional and food crisis the region has seen in recent years.

Related to the ensuing food shortages are a reported rise in attacks, hold-ups and thefts of livestock, property and food.

Other factors include a surge in malaria infections and a lack of access to healthcare and drinking water, which have exacerbated the health situation still further.

"An entire population, spread across vast, remote areas with very little infrastructure, is in desperate need of life support. The clock is ticking."

Due to a lack of resources, food distributions by the World Food Programme (WFP) and other aid organisations are limited to half-day rations, while some affected villages are receiving no food aid at all. 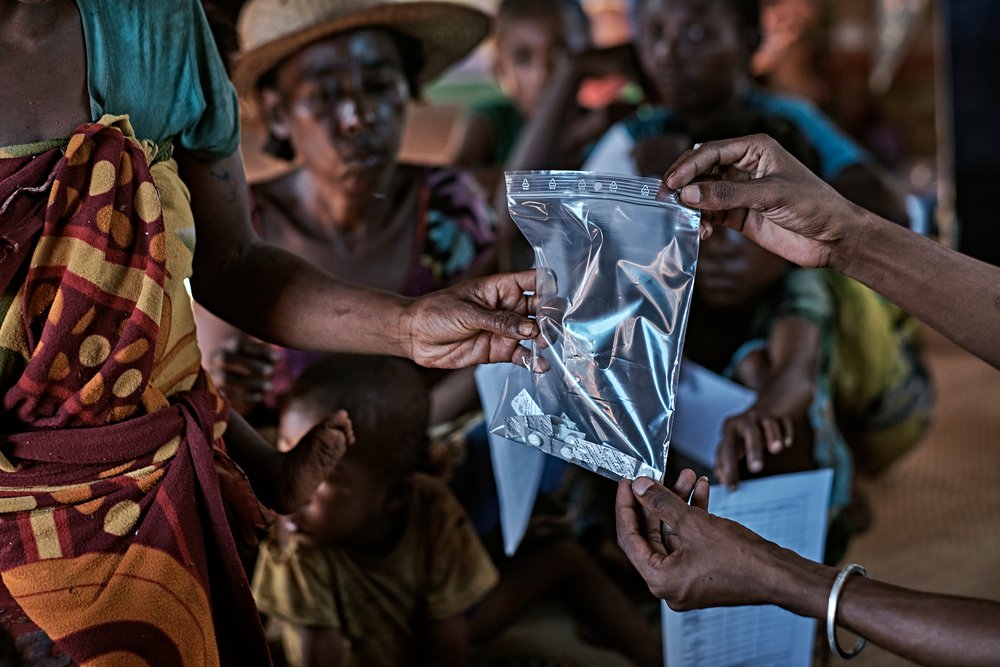 iAko M. Randrianarivelo
MSF mobile clinics serve people suffering from malnutrition, but not only. Some patients suffer from associated pathologies such as parasitosis or bilharzia. Appropriate medication is prescribed for them.

This is all the more worrying as access to food is likely to be an even bigger issue in the coming months, with little or no harvest expected in June and the onset of the lean season in October.

Getting aid to those who need it proves difficult

Getting aid to the people who need it is challenging.

The island’s geography brings its own specific constraints and the semi-arid southern regions have many remote villages and few paved roads.

It takes at least three days to drive from the capital Antananarivo to the main town in Amboasary district, and from there it can take many hours along tracks and trails to reach the most remote villages. 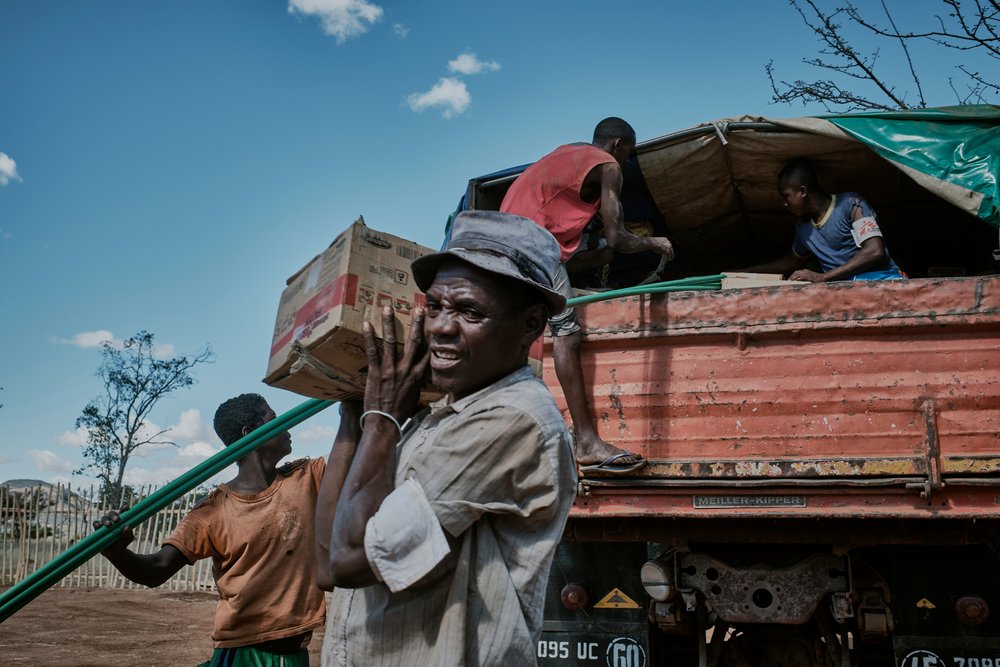 iAko M. Randrianarivelo
All the staff is busy unloading the truck and putting the material in the stock. We have to check the quantities and make an inventory in order to facilitate the management of the stock.

In addition, in mid-March the authorities introduced restrictions on entering Madagascar and travelling within the country due to the COVID-19 pandemic.

“A substantial effort – not only financial, but also logistical and human – is vital to ensure regular deliveries of food rations in sufficient quantities over a period of several months. Travel must be made easier for aid workers by ensuring regular flights to enter and move around the country."

"An entire population, spread across vast, remote areas with very little infrastructure, is in desperate need of life support. The clock is ticking.”

Since late March 2021, MSF teams have been screening and treating people for acute malnutrition and providing basic medical services through mobile clinics in Amboasary district. 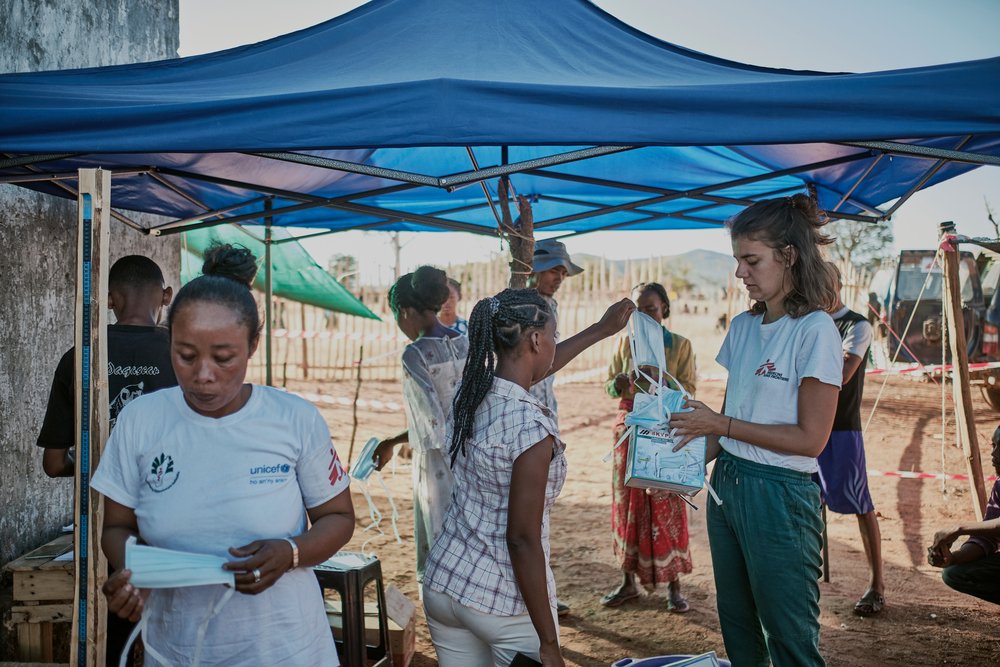 MSF teams are currently gearing up to launch food distributions and scale up inpatient treatment for patients with severe acute malnutrition and associated medical complications.