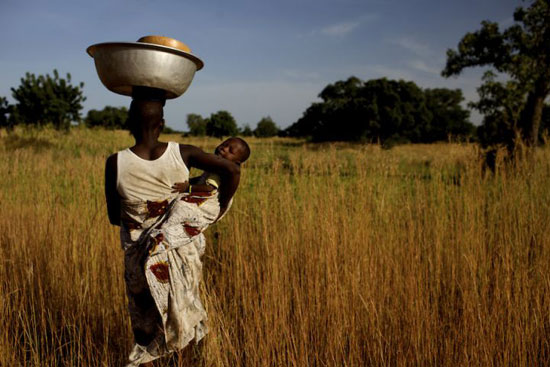 “Foods we would never give our own children are being sent overseas as food aid to the most vulnerable children in malnutrition hotspots in sub-Saharan Africa and parts of Asia,” said MSF International President, Dr. Unni Karunakara. “This double standard must stop.”

In advance of World Food Day on 16th October, MSF is drawing attention to the quality of food aid being sent overseas.  Currently, the world’s top food aid donors, including the European Union, United States, Canada, and Japan continue to supply and finance nutritionally substandard foods to developing countries, despite conclusive scientific evidence of their ineffectiveness in reducing childhood malnutrition.

Malnutrition – a preventable and treatable condition - affects 195 million children worldwide, the majority of whom live in areas not affected by armed conflicts. It is the underlying cause of at least one-third of the 8 million annual deaths of children under 5 years of age. Malnutrition is not merely the result of too little food. The first two years of life are a critical window when children need access to a diet consisting of high-quality protein, essential fats, carbohydrates, vitamins, and minerals in order to avoid impaired growth and development, increased risk of death from common illnesses, or life-long health and developmental impairment. Yet food aid largely does not include these essential ingredients for early childhood growth and development.

"Food aid donors must put the nutritional needs of young children at the center of their policies to address childhood malnutrition,” said Dr. Karunakara. The vast majority of childhood nutrition programmes in developing countries that are supported by international food assistance rely almost exclusively on fortified blended flours such as corn-and soy-blend (CSB) cereals. CSB cereals do not meet international standards for the nutritional needs of children under two years of age.

Countries that have successfully reduced early childhood malnutrition -including Mexico, Thailand, the U.S., and many European countries – have done so through programmes that ensure infants and young children from even the poorest families have access to quality foods, such as milk and eggs. International food assistance has failed to keep up with advances in nutritional science for childhood development. In October 2008, a World Health Organization panel of nutrition experts recognized that CSB is inappropriate for treating malnourished children, including because it can inhibit the absorption of important proteins and other nutrients essential to a young child’s recovery from malnutrition.

“Despite an international consensus on the most appropriate nutritional composition of foods for malnourished children, donor countries continue to subsidize and supply a one-size fits all product that we know fails to meet this standard and to decrease the risk of death due to malnutrition,” said Dr. Susan Shepherd, MSF nutrition advisor. “We have seen huge advances in the ways to protect children from malnutrition. No child should have to reach the brink of death before getting access to the nutrition they need to grow and thrive.”

MSF medical teams witness the human devastation caused by malnutrition throughout the world. In 2009, MSF treated 250,000 children suffering from acute malnutrition in 116 programmes in 34 countries. MSF has launched an international campaign, “Starved for Attention,” to urge countries making the largest contributions to food assistance – including the U.S., Canada, the European Union, and Japan – to supply the right foods and adequate resources for nutrition programmes in countries most affected by malnutrition.  Tens of thousands of people have already signed the petition at www.starvedforattention.org, which will be presented to leaders on the eve of the G8 Summit in France in 2011.