Almost one million people are currently displaced in northern Mozambique after fleeing their homes in search of safety, due to the conflict that started in Cabo Delgado province in October 2017. Many people have been displaced multiple times, needing to abandon their few possessions, means of survival, loved ones and communities during each displacement. Living through such a prolonged conflict, with little to no prospect of a stable future, comes with profound mental health consequences. 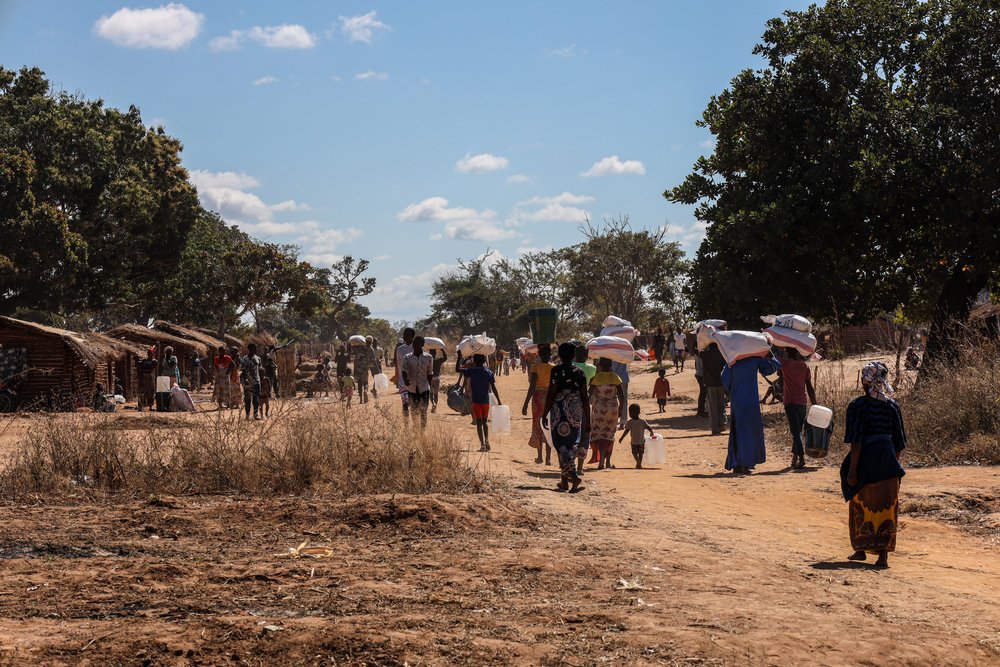 Five years on, some communities in Cabo Delgado are still living in constant fear and continue to experience trauma and loss. Many have witnessed murder; others have lost contact with their relatives and still don’t know where they are.

“We’re separated from our family and the rest of our people,” says a community leader from Mocímboa da Praia, a district in northern Cabo Delgado. He has had to start from scratch time and again, and currently lives in a temporary settlement in the district of Palma. “We're starting to hear now that there are some people in one place and some in another,” he says. “Sometimes we hear about a sick family member, but we have no way to visit them. Sometimes we hear someone's passed away, but we can't get to them. Every day that goes by, we get sadder about it.”

“People have been living in a kind of limbo for years now.” Tatiane Francisco, MSF mental health activity manager. 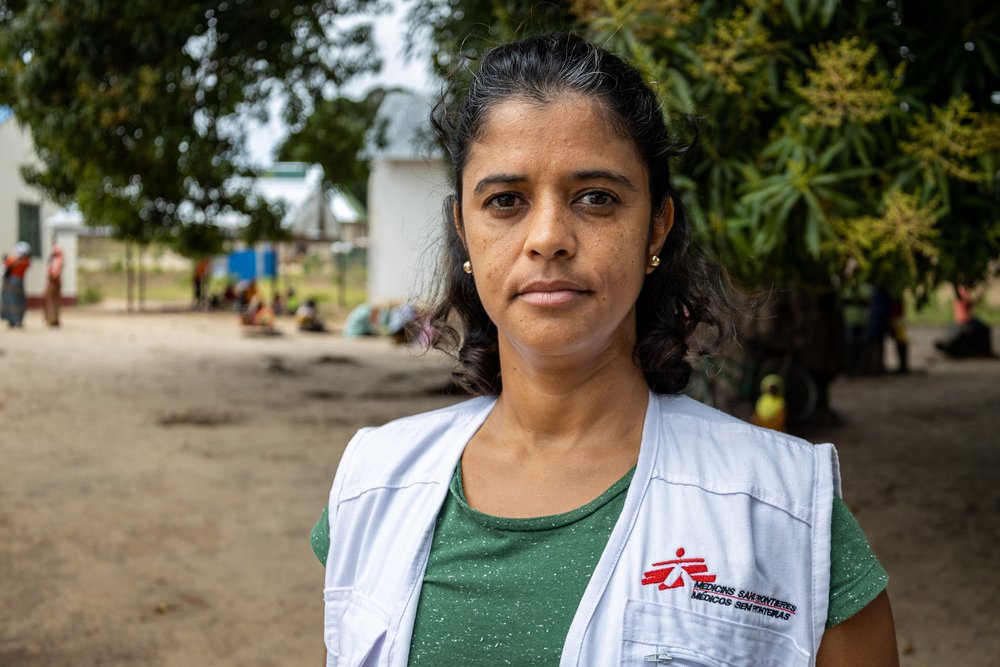 Tatiane Francisco, a Médecins Sans Frontières (MSF) mental health activity manager, says that acute stress and anxiety due to uncertainty and lack of prospects, as well as loss and grief, are the main reasons people are seeking mental health consultations at our projects.

“The stories people bring to us are about mothers who had to leave their children during an escape and do not know how they are today; children who witnessed the death of their parents; people who witnessed the death of other family members,” says Tatiane. “When you're constantly under this fear, it's hard to think about the future, it's hard to plan things. You're still living in survival mode. People have been living in a kind of limbo for years now.”

Maria, an elderly woman from Ancuabe, arrived in the city of Montepuez in July following an outbreak of violence that uprooted more than 80,000 people over a few weeks.

“When the war broke out, we all ran in a different direction,” says Maria. “I arrived here alone, with a child I found on the way. His father was shot dead. His mother was kidnapped. I'd like the war to be over so we can go back to our land.”

Like Maria, many people dream of returning home and rebuilding their lives as farmers, fishermen and community members. However, uncertainty, fear and trauma make it difficult to return to normal life.

“I arrived here alone and with a child I found on the way. His father was shot dead. His mother was kidnapped.” - Maria, an internally displaced person from Ancuabe currently living in Montepuez. 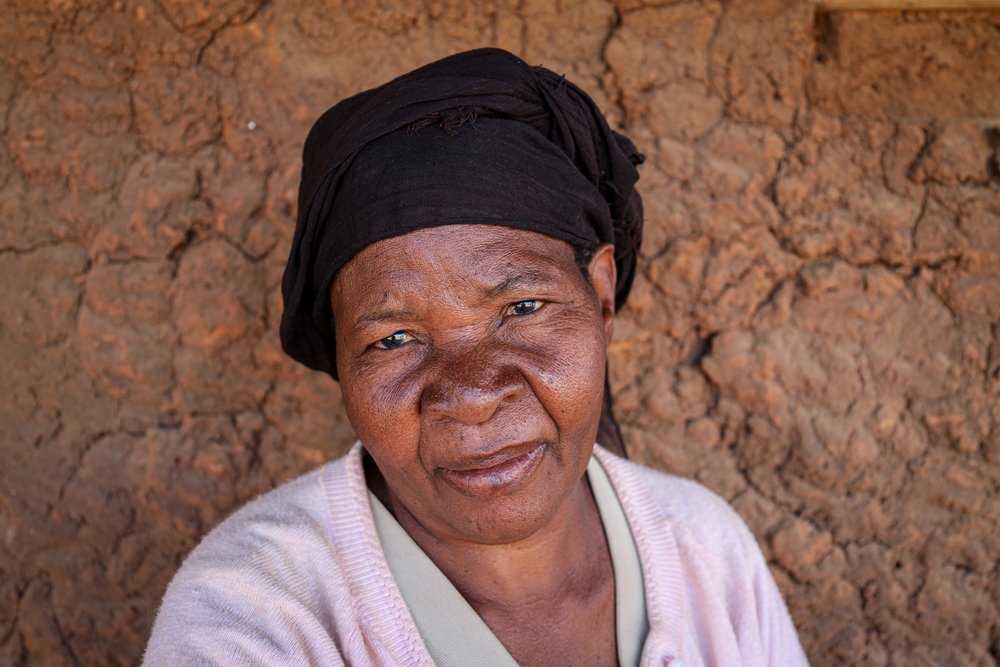 “Right now, in different parts of the province, there are people both returning to their places of origin and people forced to flee and starting displacement again,” says Tatiane. “There may not be violence where some people are, but to them, nothing guarantees that this won't change in the future.”

“In other words, psychologically, the message our bodies receive when they still see violence elsewhere is ‘attacks keep happening and we have no way of predicting where the next one will be’,” says Tatiane. In addition to that, extreme violence often leaves painful psychological scars for those that suffered from it.

“Some people have the courage and desire to go back to where they are from, but others, because of the kinds of events they have experienced, prefer not to risk going back until they are sure things are good,” says Josuel Moreira, an MSF psychologist in Palma. “This shows us that both the experiences, as well as the feelings associated with these past experiences, are still vivid and people still carry them. You can't even call it post-traumatic stress; the trauma is still there.” 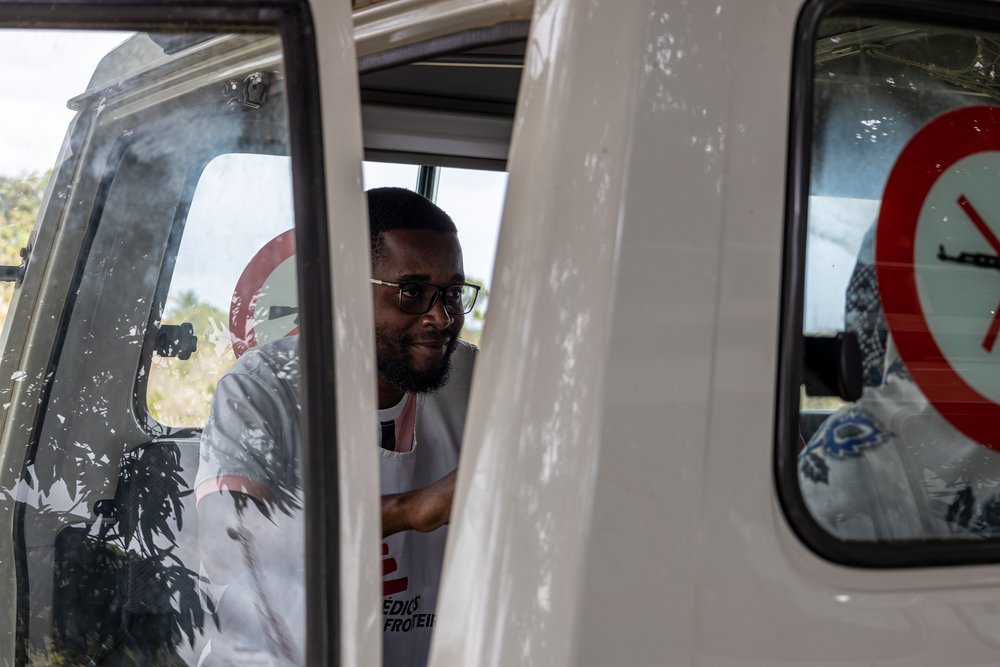 Mariana Abdalla/MSF
Josuel Moreira, MSF Psychologist, in a consultation with a patient in Palma, Cabo Delgado.

As the conflict in Cabo Delgado carries on, these mental health issues, as well as access to basic services, such as healthcare, water, food and shelter, remain a struggle for many. MSF teams have been working in response to the crisis in Cabo Delgado since 2019. In 2021 alone, more than 52,000 malaria cases were treated, almost 3,500 individual mental health consultations were conducted, and more than 64,000 people attended group mental health activities.

Due to the volatile and constantly changing context, our teams have had to be flexible, agile, and adaptive. Humanitarian assistance is disproportionally distributed in Cabo Delgado, with more assistance being provided in the south of the province, which is considered to be more stable.

In some of districts where we work, such as Macomia, Palma and Mocímboa da Praia, often no or very few other organisations have a regular presence. More needs to be done so people in hard-to-reach areas have access to lifesaving support.

“Many people lost not only their possessions, their families, but they also lost their sense of dignity, of living as a person,” says Josuel.