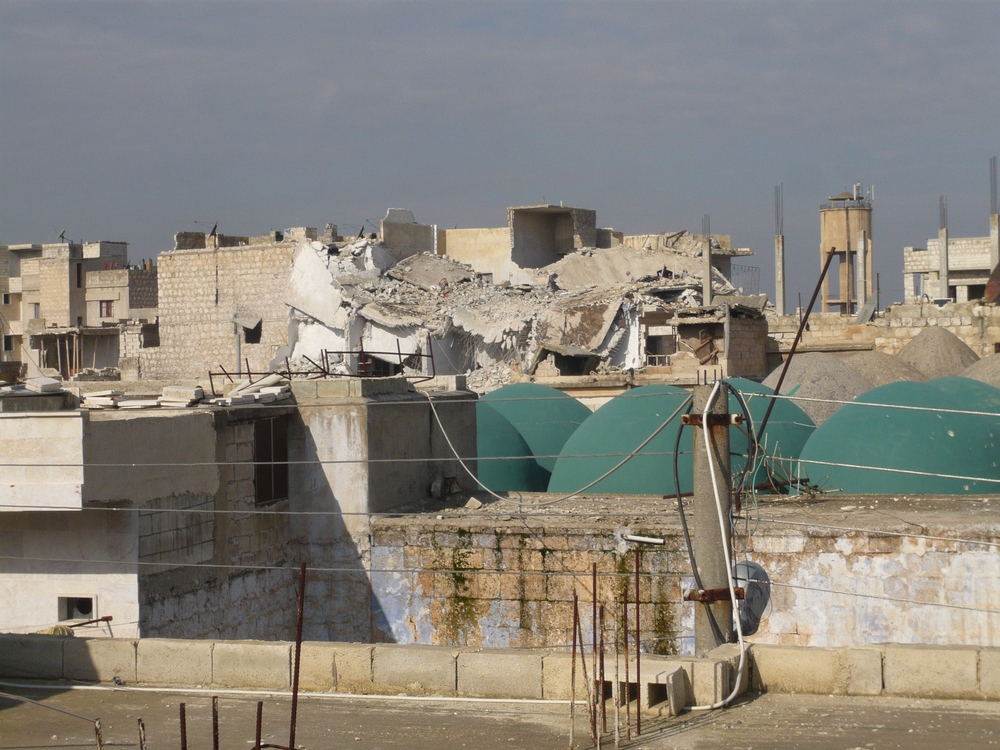 Syria: “The fear is constant”

An MSF-supported medic based in a small town to the northwest of Idlib city, northwest Syria, explains the fear permeating his daily life as a medic, and the aftermath of a strike on a school - March 2015:

By training, I’m a neurologist but over the past three years I have become specialized in emergency injuries. In fact, with the situation now, we all work on everything.

The situation in my town is difficult. We do not have sustainable electricity, relying on generators and other means for power.

The clinic in my town was established around ten years ago, before the war started, and it was supported by a charity organization and staffed by volunteers with reduced salaries.

During the war, the charity support lessened in a major way and we tried to get support from anywhere we could, but until now it has not been stable.

The building is eroding and cannot withstand a strike. Everyone is tense and the fear is constant.  Some days they drop bombs, some days they do not, but every day there are planes flying overhead.

MSF
Hospital with a makeshit operating theatre in Idlib governorate.

I spend two days working in bigger hospital and the other five days here.

The bigger hospital is around 30 kilometers away, and it is the main provider of more technical medical care for a large area – we are talking about 150,000 to 200,000 people.

It’s a terrible, mountainous road to get there, very hard to use for ambulances – and there is only one ambulance in use in our town, which piles in three or four injured at once, while the other forms of transport for patients are normal cars like a taxi.

That other hospital I work at is the largest, most important center in the region. It has the capacity for intense surgical work, with around 10 to 15, even 20, surgeries per day. It is the largest center I’ve ever worked in my life.

The hospital is supported by various organizations, including Médecins Sans Frontières (MSF). Even with this backing, with the size of the hospital and its needs, all the supplies are quickly drained away.

The day of the school bomb

I was in the middle of a normal day of work at the hospital when we suddenly heard that there was a strike in the village of Birat Armanaz.

It was the first time that small area experienced a strike, but it was devastating because a school filled with many children was hit.

From what I understood from colleagues in the area, a plane had flown above at around 9:30-10 in the morning and then struck the school. The principal, a teacher, and five children died immediately.

There were 30-35 other injuries that were taken to the clinic I usually work in, where the team provided first emergency care, and the worst cases were sent to us in the hospital.

We received twenty, with around fifteen others in a less dire state remaining in the clinic. Two of the children died as soon as they arrived at the hospital.

The rest were horribly injured – amputations, burns on the face, and so on. It’s hard to describe in words. The children brought in were between the divide of life and death.

MSF
Hospital with a makeshit operating theatre in Idlib governorate.

The first case that came to us was of a young girl of around 11 years. Her stomach was completely open. The first emergency caregivers had tried to close her stomach with a bandage of sorts, a very basic covering, not stiches.

It was astonishing that she was still alive despite the massive wound, and the fact that her internal organs were practically outside her body, even though the first aid team had tried to ‘return’ her organs back to their original place.

Yet, in the end, she succumbed to her wounds. This was the worst case of the injuries we saw that day.

Barely a moment after, another child was brought in. She was around 8 years old and had injuries on her shoulder close to her neck, bleeding profusely.

She had lost a lot of blood and was on her last breath. We tried what we could but after 30 minutes of surgery she also passed away.

Between hope and misery

I don’t have time to think about how we handled that situation. As medical personnel, we are used to seeing these cases.

What is even more difficult to handle are the planes in the sky. They are there in an almost permanent way. It is very difficult to live with this.

For me, this past period, was very hard. It changes between hope and misery.

It’s hard to summarize the experiences of the years of war in words. It has really impacted our lives, our mentality, and all we hope for is that God provides us with the ability to come through.