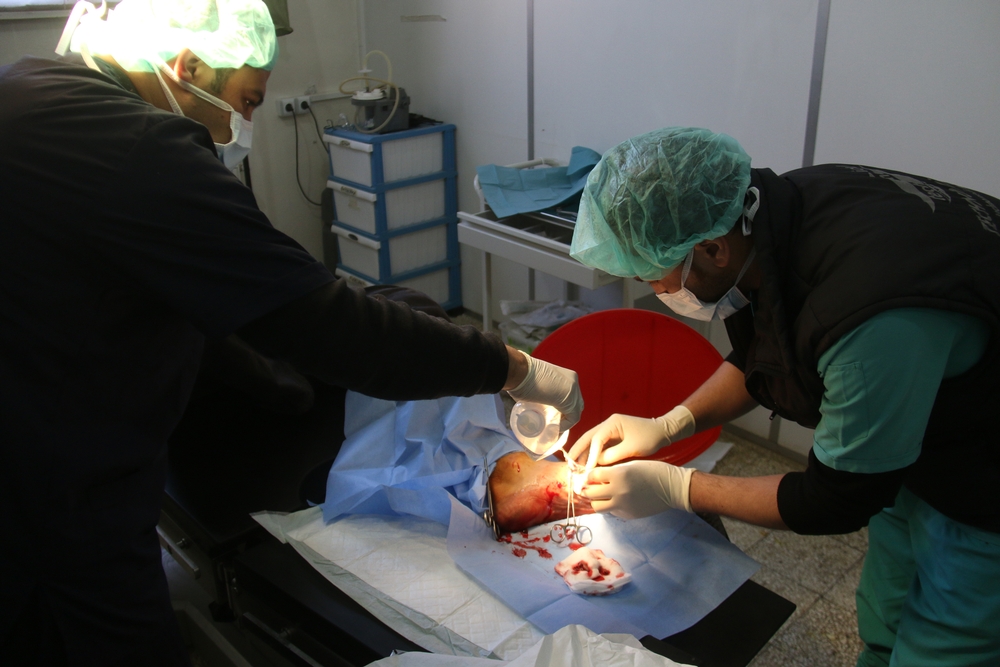 The death toll at the Al Quds hospital which was supported by Médecins Sans Frontières, has now risen to more than 50 people following the bombing of the hospital and nearby areas. The death toll includes patients and at least 6 medical staff.

The situation in Aleppo is critical as airstrikes leave no part of the city untouched. Already today there are reports of another health centre – not MSF supported – being struck.

Al Quds is one of numerous hospitals that MSF supports throughout Aleppo and across Syria. MSF has been supporting the hospital since 2012 with donations of medical supplies.

MSF is desperately worried about the estimated 250,000 people in increasing danger of being totally cut off, and without medical care. Muskilda Zancada, MSF head of mission in Syria is deeply concerned on how the situation will develop.

“The sky is falling in Aleppo. The city, consistently at the front lines of this brutal war is now in danger of coming under a full offensive, no corner is being spared. Attacks on hospitals and medical staff are a devastating indicator of how the war in Syria is waged, one of numerous brutal ways in which civilians are targeted.”

“The attack on Al Quds hospital has destroyed one of the last remaining places in Aleppo in which you could still find humanity. Aleppo is already a shell of what it once was, this most recent assault appears determined to eliminate even that.”

The heroic work of Syrian doctors

“MSF has been supporting Al-Quds since 2012. It has been an incredible honour for us to be able to work so closely with such dedicated people. We see day in and day out how they risk their lives through this living hell of a war, to ensure people can access medical care. Their loss is our loss, and we remain committed to helping the hospital restart activities.”

MSF wishes to pay testament to the heroic work of Syrian doctors across the country who continue to try to treat their communities under unimaginable conditions. The hospital has requested support in terms of medical equipment and drugs, and MSF is committed to helping with this and with its reconstruction.