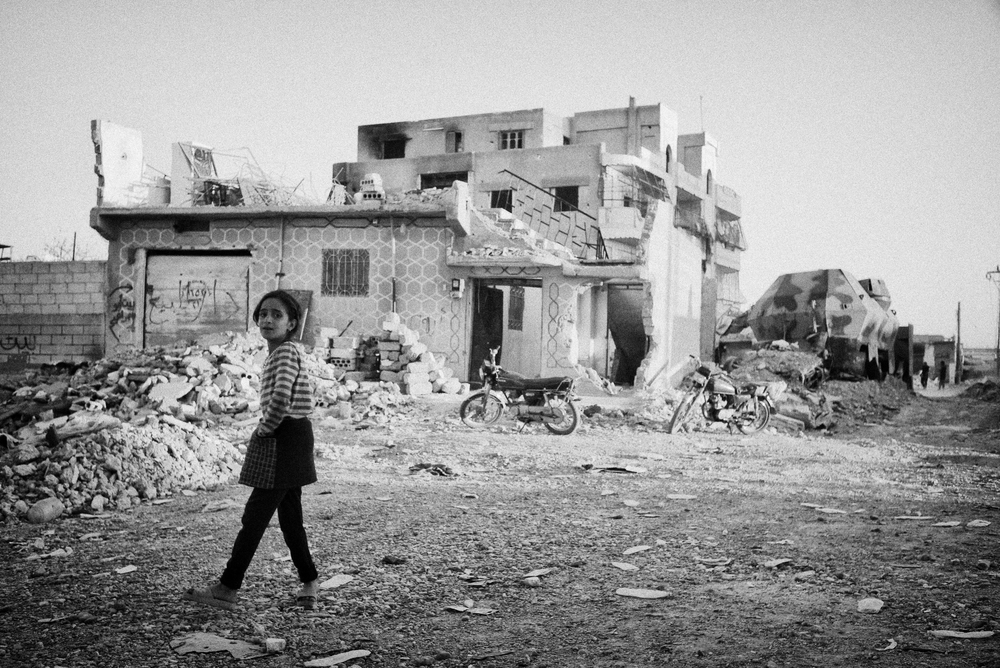 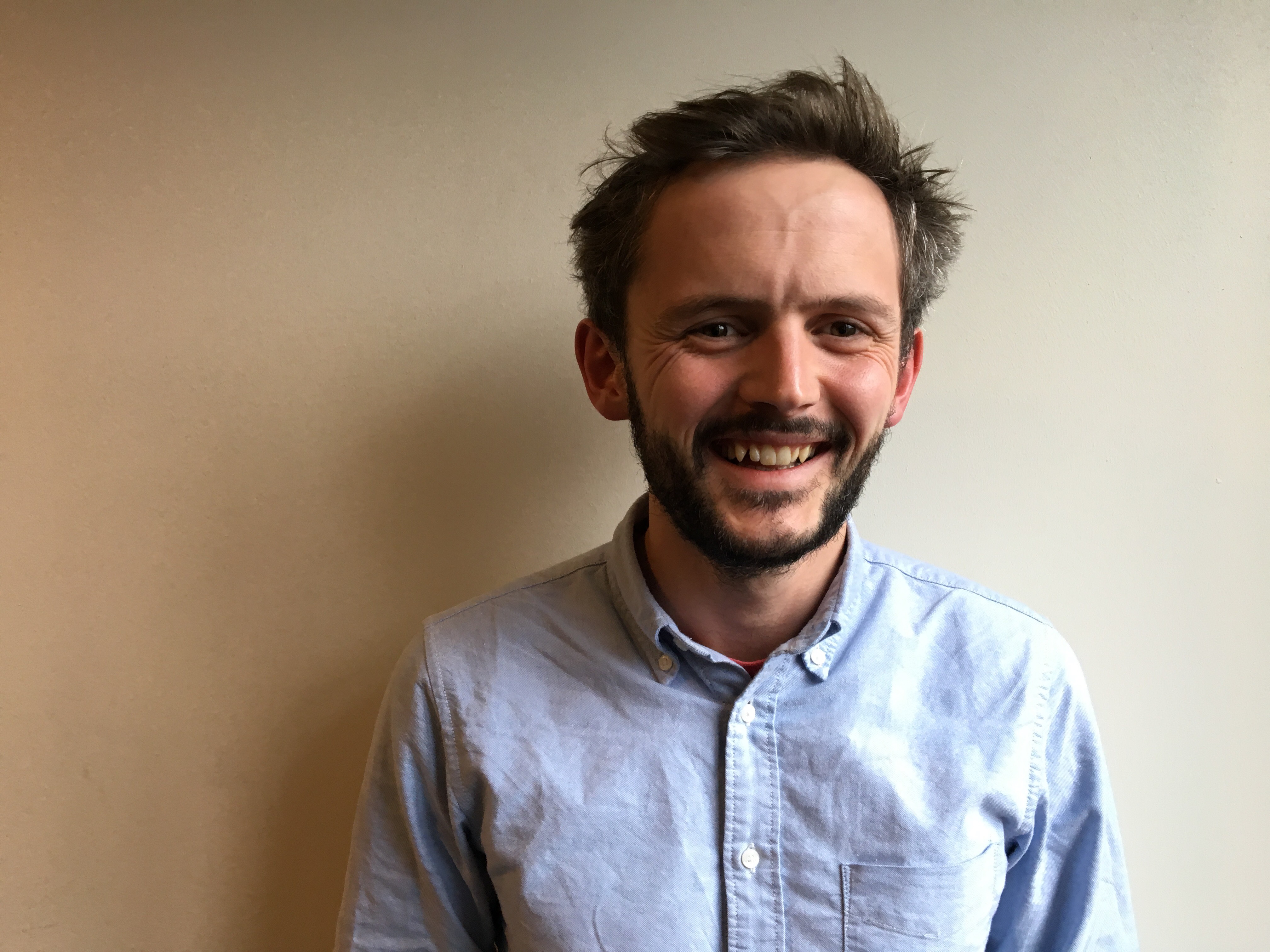 Syria: “The city is a minefield.”

That was how the northeastern Syrian city of Raqqa was described to me by a colleague on my first visit to the city this February. It was a stark insight into the environment civilians in Syria find themselves in, and in which MSF operates in on a daily basis.

Raqqa, IS’s self-declared capital, bore witness to months of intense fighting last year as US-led coalition forces with the Syrian Defense forces (SDF) fought to seize control of the city. The intensity of the fighting drove nearly all of the city’s residents from their homes. Six months after fighting for the city ceased, the majority of people have not returned to their homes.  For those that do, they return to a city torn apart by airstrikes, artillery, mortars and bullets and homes that are laced with hidden bobby traps,  and homemade bombs designed to maim and kill and unexploded devices.

In many ways, Raqqa epitomizes the scale of the support civilians in northern Syria need and the impact MSF has in a context where few other humanitarian actors operate and public health services remain largely non-existent.

MSF is one of the few medical-humanitarian organisations operating in Raqqa city today. In a city with no functioning public hospital MSF’s emergency room is often the difference between life and death for the approximately 80,000 people who have come back to the city.

Since establishing our programme in Raaqa in November 2017, MSF has provided emergency care to 324 victims of the booby traps, homemade bombs and unexplode ordnance littering the city, between 18th November till end of January 2018. For those that do make it to the MSF facility the injuries they sustain are often horrific and life-threatening.

Shrapnel from these devices will often tear into people’s limbs and lower body. International and Syrian medics at the MSF emergency room have to rush to stabilize patients, stem the loss of blood and ensure they are referred to another medical facility for more specialist care. One of the only such facilities is an MSF supported hospital two hours north of Raqqa where surgeons perform life-saving interventions on a daily basis.

Children among the injured

These explosive remnants of war often hit the city’s youngest the hardest. In one incident, four children aged just 6, 7, 13, and 14 were injured in an explosion, after pulling at what they thought was a cable perturbing from the earth. The force of the blast meant that three of the children each had one of their hands amputated. The eldest of the group lost both their hands. In Raqqa, it is such innocuous actions that can result in such life-changing injuries or even death; the pull of a cable, the flick of a light-switch, the opening of a door, a misplaced foot-step. 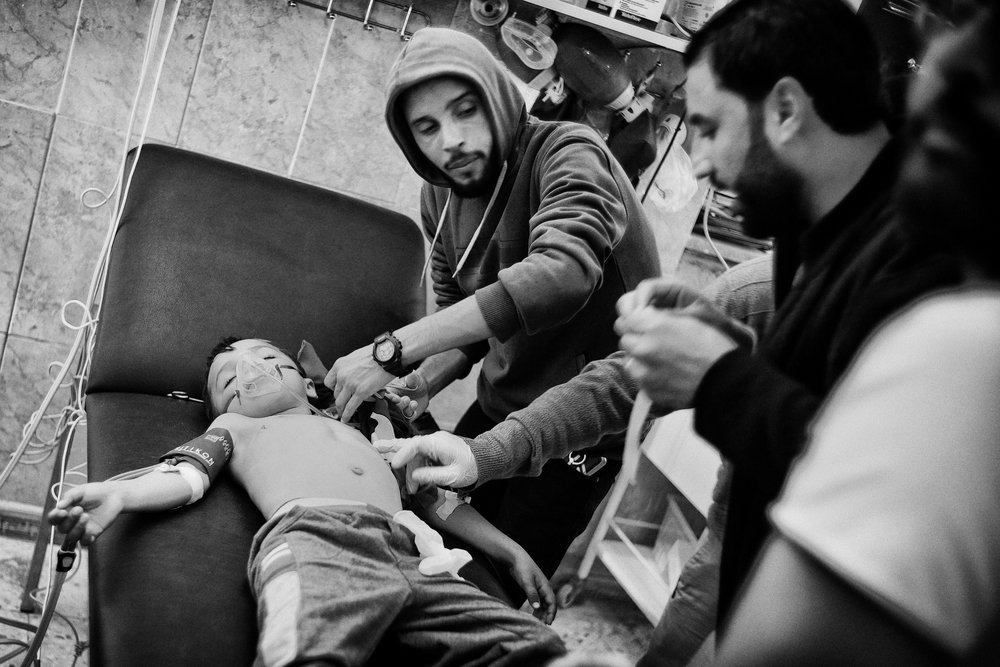 Eddy Van Wessel
A bullet went straight through this boys lungs and landed in his chest. MSF medical teams are trying to save his life.

The scale of the contamination in Raqqa and the fragile context across the north of Syria means that operating in Raqqa is a serious challenge. But, as the wider humanitarian system struggles to remain on the ground and deliver life-saving assistance in such settings globally, it is a challenge the mission in north Syria is determined to meet and overcome.

Beyond such life-saving care MSF’s mission in north Syria is both varied and equally impactful. Displacements like those from Raqqa put families, particularly children, at an increased risk of contracting preventable diseases like measles and polio. MSF’s vaccinations teams have therefore immunized children with a total of 147,457 vaccine antigen doses from January 2017 till end of January 2018; in order to help stop the spread of these diseases, a task made all the difficult by a lack of vaccines in north east Syria.

In other locations MSF teams help run maternity wards, provide mental health services to those affected by the crisis, run mobile clinics in displacement camps and provide clean drinking water to those in need. The needs are immense but sadly at risk of going unmet as political and public attention wanes and shifts.

In my role as a Humanitarian Affairs Officer, I support the mission in its commitment to bear witness to the plight of populations in danger and to advocate with those in power to address the underlying causes of suffering and to increase the protection of civilians in need. Our  teams’ presence and proximity to those most in need in north Syria means we are also morally bound to speak out and raise up the concerns and needs of those who have affected by what now seems like an endless cycle of violence, displacement and suffering.