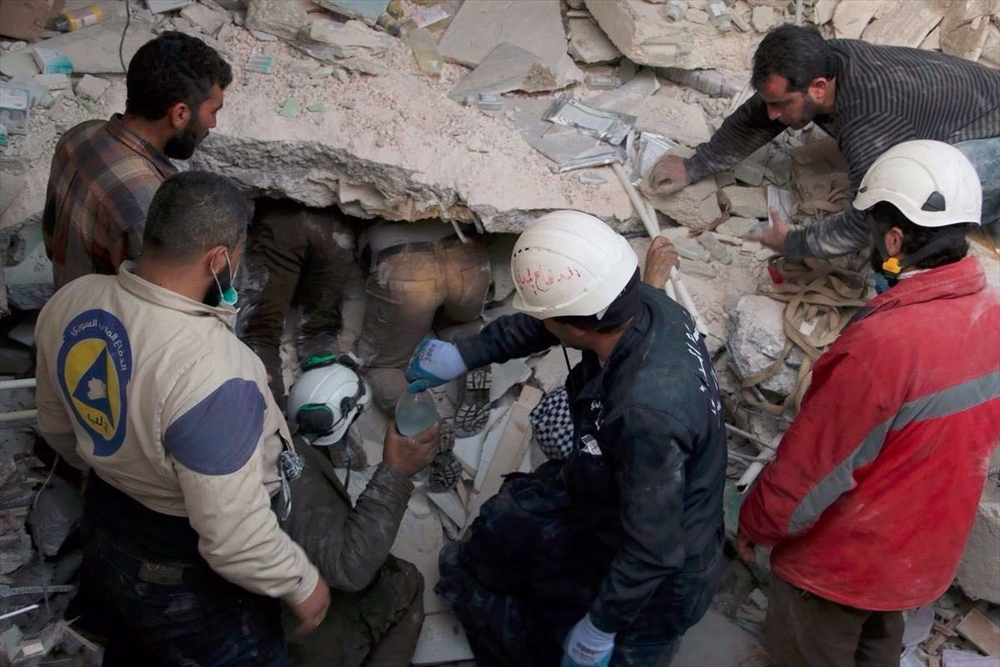 Director of Médecins Sans Frontières (MSF) Ireland Jane-Ann McKenna describes the devastating consequences that a five-year long war has had on the people of Syria.

The hospital was destroyed. Forty minutes later, when the first rescuers had arrived on the scene, it was bombed again. An hour later, a nearby hospital receiving many of the wounded was hit. Twenty-five people were killed - 16 patients and nine medical staff.

'Double tap' bombing - aimed at maximising the number of casualties by targeting rescue services - is becomingly increasingly commonplace in Syria.

Medical staff have been targeted since the beginning of the war. MSF has heard many accounts of Syrian medics being arrested and tortured for treating patients.

The attack on Ma'arat Al-Numan last 15th of February echoes a broader reality. MSF has collected medical data from 70 of the clinics and hospitals it supports in Syria, which it published on the 18th February in a shocking report.

Some 154,000 war-wounded patients were treated in these facilities in 2015. Of these, more than one third were women and children.

Children under five - babies and toddlers - made up 19% of all those killed by the conflict in parts of northwestern Syria.

The figures are staggering. Yet they are only a snapshot of a larger toll. Those injured or dying beyond health facilities supported by MSF remain uncounted.

Sustained sieges have also trapped more than 1.5 million people in communities across Syria. Men, women and children in these areas are being deprived of food, fuel and medical supplies, and medical evacuations are rarely authorised.

We have seen the repercussions of these siege and starvation tactics most vividly in Madaya, where 49 people starved to death in December and January alone. And Madaya is just one of 70 besieged areas in the country.

The increases in deaths and injuries recorded in the hospitals and clinics we support correlate with major military offensives, and with Russian, French and British air forces joining the bombing campaigns over Syria.

In Damascus governorate, there was a clear peak of violence last August, represented by a sharp increase in war-related deaths - attacks likely to have been carried out by the Syrian-led coalition.

In the west and north of Syria - including Aleppo, Homs and Idlib governorates - there was a clear increase in war victims from October onwards, all caused by aerial attacks. Both the US-led coalition and the Syrian-led coalition are active in these regions.

This war is being waged with the active participation of UN Security Council. Yet what concrete actions are France, Russia, the UK and the US taking to avoid civilian casualties and suffering, and what are they doing to push their allies to avoid civilian deaths and injuries?

Attacks on civilian targets and infrastructure must stop.

Bombings in areas under siege must stop.

Using starvation as a method of combat must stop.

Allowing these tactics to become normalised is intolerable.

Jane-Ann McKenna is director of Médecins Sans Frontières in Ireland. This article originally appeared in the Irish Independent on 20 February 2016.

Read the latest news from Syria