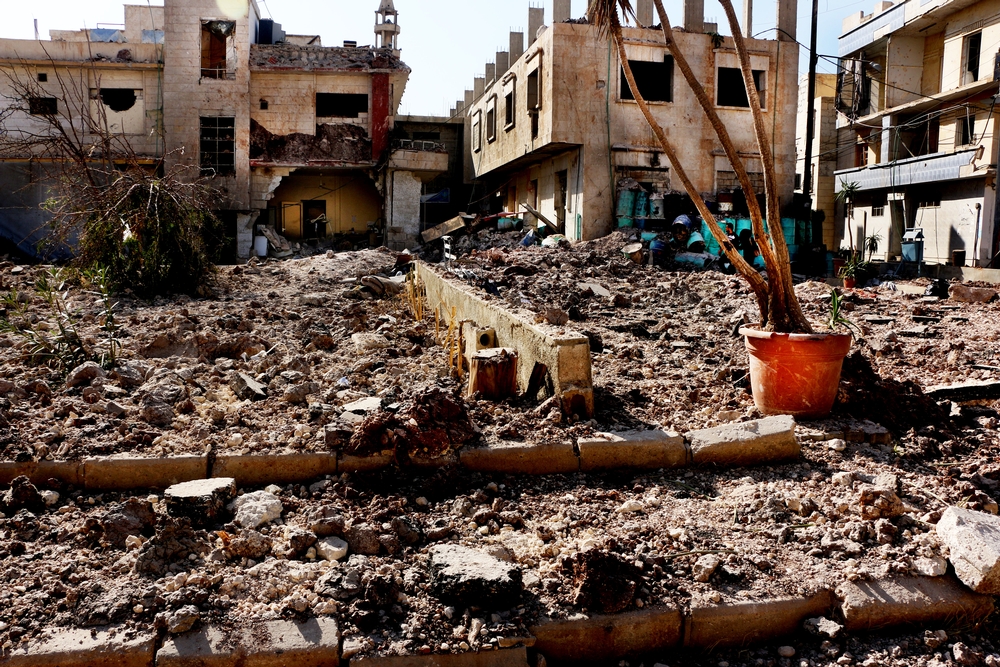 Several doctors who were working in east Aleppo before the current siege have expressed their willingness to go back to the conflict-ravaged northern Syrian city to try to save the lives of the many people being wounded daily if a safe passage is put in place.

The beginning of the siege in July by the Syrian army and its allies took a number of these medics by surprise in Turkey.

MSF/Ghaith Yaqout Al-Murjan
The photos were taken on October 5 in east Aleppo. They show the exteriors of the M10 hospital, the main trauma centre, which is supported by Médecins Sans Frontières (MSF).

“They observe now with deep sorrow the deterioration of the crisis, unable to help a population in dire need. As far as we know, several doctors have expressed their willingness to go back as soon as possible if a humanitarian corridor is created,” said Carlos Francisco, MSF’s head of mission for Syria.

At the moment, there are only 35 doctors left in east Aleppo and just seven of them are able to undertake surgical operations on war-wounded, according to the latest data from the Directorate of Health.

Doctors working around the clock

“Patients have limited access to healthcare in the few remaining partially functioning hospitals. Doctors are exhausted, working around the clock to treat the huge influx of injured,” Francisco added.Between 6 and 8 October alone, hospitals in east Aleppo reported at least 98 wounded, including 11 children, and 29 people killed by the airstrikes.

Lack of fuel crippling the city

Furthermore, hospitals and medical organisations are worried about stocks of fuel, which is essential for running the facilities and the 21 ambulances currently working in an area with an approximate population of 250,000, according to the World Health Organisation (WHO).

“The blockade has led, among other things, to a lack of fuel that has crippled the city. The medical facilities are on the verge of losing power, which could endanger their life-saving activities,” said Pablo Marco, MSF’s operations manager in the Middle East.

“There is no time to waste. Russia and Syria must stop the indiscriminate bombing now and abide by the rules of war to avoid the extreme suffering of the unprotected civilian population,” said Pablo Marco.MSF supports eight hospitals in East Aleppo city.

MSF runs six medical facilities across northern Syria and supports more than 150 health centres and hospitals across the country, many of them in besieged areas.