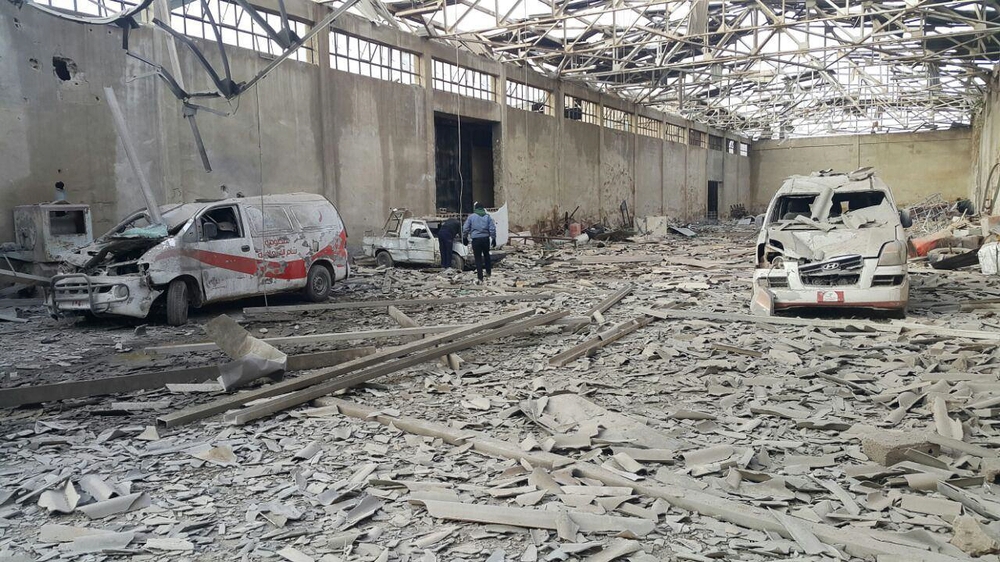 Mass casualty influxes, with hundreds of dead and wounded, have been reported to Médecins Sans Frontières/Doctors Without Borders (MSF) by medical facilities the medical aid organisation supports in the opposition-controlled East Ghouta besieged enclave near Damascus in Syria.

This comes amid an extraordinary increase in bombing and shelling over the area, with 13 hospitals and clinics that are regularly or ad-hoc supported by MSF hit and damaged or destroyed over just three days, reducing health capacity at a time of critical medical need.

The siege around East Ghouta is preventing the medics from obtaining essential life-saving supplies.

Already this year the toll on East Ghouta was heavy, with more than 1,600 wounded and more than 180 dead reported by hospitals and clinics that are regularly or ad-hoc supported by MSF up to Sunday 18 February.

“We make a plea to those in and around East Ghouta with medical supplies to urgently grant access to those stocks to the medics in East Ghouta. Lives depend on it.”
lorena bilbaoMSF Operations Coordinator for MSF programmes in Syria

The bombing and shelling then intensified even further, with initial reports of 1,285 wounded and 237 dead over two and a half days from 10 fully MSF-supported facilities and eight facilities where MSF has been recently providing emergency medical donation support.

These casualties have been counted between 18 February and early morning on 21 February. This is only a partial view of the consequences of the bombing, as facilities that MSF does not support have also treated wounded, and the numbers have been rising hour-by-hour.

“The need for life-saving care is as high now in East Ghouta as we have known since the start of the war,” said Lorena Bilbao, MSF Operations Coordinator for MSF programmes in Syria.

“We are able to maintain supply lines of some basic medical essentials to the facilities we support, and we are also providing ad-hoc medical donations to facilities we do not regularly support when they are in dire need. 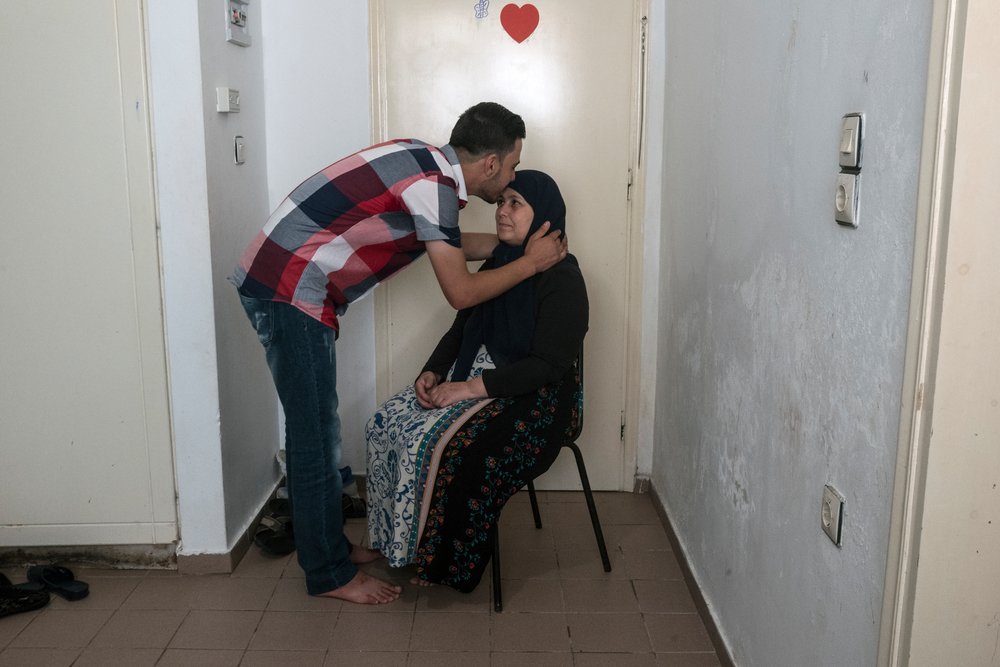 Tanya Habjouqa/NOOR
Emad Eyoun and his mother Rafiqa managed to flee Douma in East Ghouta in 2015. Now in Greece, both are coming to terms with the mental health consequences of the war.

“But there are some things we do not have access to which could make a material difference to the life-saving work of the Syrian medics on the ground.

“We make a plea to those in and around East Ghouta with medical supplies to urgently grant access to those stocks to the medics in East Ghouta. Lives depend on it.”

The siege around East Ghouta has effectively stopped key lifesaving items reaching the medics in sufficient quantities; even when the very rare official UN/ICRC convoys are allowed in, items including anaesthetic supplies are systematically forbidden or removed.

There are reportedly some medical stocks inside East Ghouta, which the medics are not currently able to access.

Although MSF has some remaining capacity to supply medical facilities with a range of essential medicines and medical supplies, the situation of full siege around East Ghouta means that this is precarious and available stocks and supply options from MSF will surely not be unlimited.

For example, MSF currently has supplies of IV fluid pouches sufficient to cover around 200 severe trauma cases and 2,000 moderate cases, and sutures for wound treatment or surgery for between 2,000-3,000 patients.

But MSF and the facilities MSF supports have completely run out of supplies of blood bags, general anaesthetic drugs and intravenous antibiotics, which are critical for major surgery.

This unavailability of essential medical supplies is extremely alarming, particularly if the intensity of the conflict continues unabated.

MSF calls urgently on the Government of Syria and all other warring parties, and on any traders in East Ghouta who may be stockpiling medical items, to make these supplies available immediately to the medical facilities that need them to save lives.

In accordance with International Humanitarian Law, MSF further reiterates its call for medical staff, patients and medical facilities to be left untouched in the conduct of this conflict, and we insist on the need for medical evacuations to be allowed out of East Ghouta for critical patients.