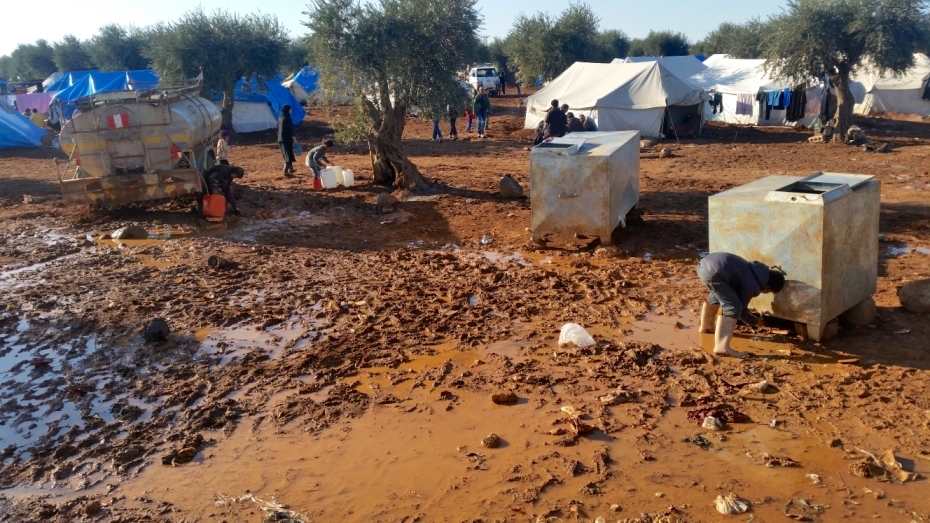 Syria: Fighting in the north forces tens of thousands to flee camps

"Heavy fighting in Aleppo governorate since last Sunday has increased and became more volatile on Thursday 14 April, including frontlines getting very close to displaced people´s camps and some attacks on camps in Azaz district", says Muskilda Zancada, head of mission in Syria with Médecins Sans Frontières (MSF).

"This has once again forced tens of thousands of people to flee in search of safety towards the Turkish border, as far away from fighting as they can get. The situation remains unpredictable and it is not clear what will happen next."

"MSF knows of only 5 hospitals still running in the area as the encroaching fighting has forced hospitals to close and medical staff to flee. MSF´s hospital in northern Azaz district has reduced its team and is currently able to only provide emergency services.

MSF is extremely worried about the security of people who have been yet again forced to flee from their homes, about their access to healthcare and about their living conditions,"

"At this stage, MSF does not know how many newly displaced people there are but will be conducting assessments as soon as possible.

Yesterday, MSF teams were able to distribute essential relief items such as blankets and mattresses to 200 families, and plans further distributions today."