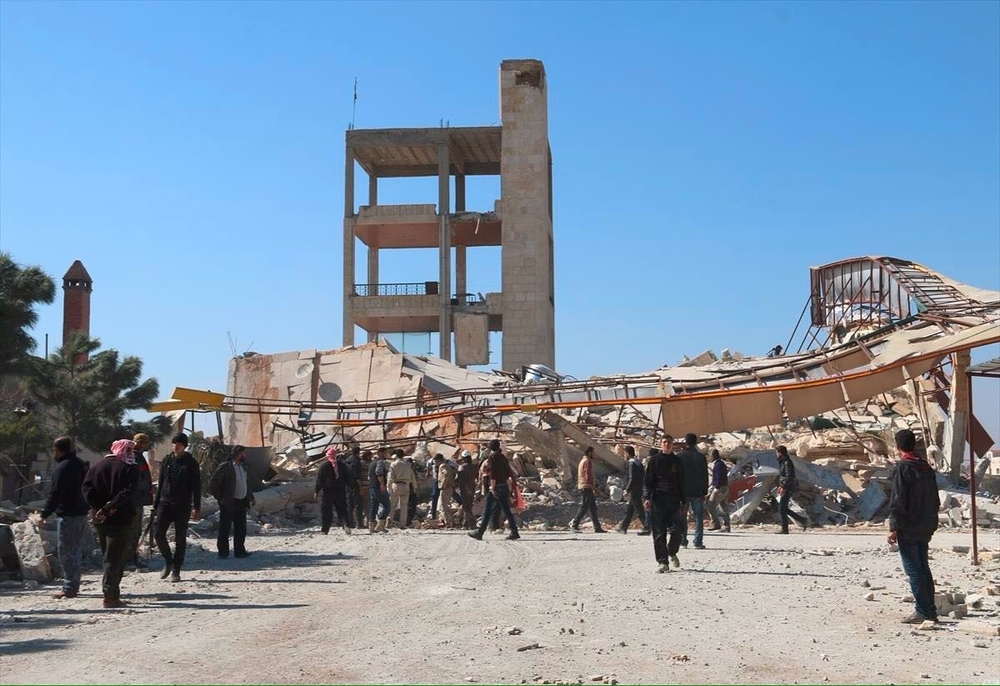 Syria: The horror of 2015 must not be repeated

The toll of the Syrian war on women and children in 2015, documented by Médecins Sans Frontières (MSF), starkly highlights the necessity for warring parties to avoid civilian casualties, and stop indiscriminate or targeted attacks hitting civilians or civilian infrastructure.

As the conflict enters its sixth year, the parties to the conflict and their military allies cannot resume last year’s approach.

The report, based on data from 69 hospitals and clinics that MSF supports in northwestern, western and central Syria, shows that 154,647 war-wounded patients and 7,009 war-dead were documented in the MSF-supported health facilities in 2015, with women and children representing 30 to 40 percent of the victims.

MSF
Victims of a double-tap barrel bombing on Saturday 28 November 2015 on an MSF-supported hospital in a besieged zone in northern Homs governorate, Syria, are treated.

The horrific impact of the conflict

“The consistently high numbers of women and children - more than 900 wounded per week - puts beyond any doubt that civilian areas and infrastructure were either targeted or indiscriminately struck throughout the military campaigns in 2015.

The report highlights in black and white the horrific impact of the conflict, reminding us that we must not return to the levels of violence we saw last year.”

Although medical data does not distinguish civilian from non-civilian, the numbers of women and children killed and wounded provides a proxy data set that indicates the civilian toll.

When looking specifically at 74 mass casualty influxes – where ten or more wounded patients arrive en masse at a medical facility – the numbers are even more stark.

In ten of these influxes more than 60 percent of the victims were women and children.

Robin Meldrum/MSF
A man with diabetes being treated in the ER section of an MSF hospital in Syria. Lack of medicines means many people with diabetes in Syria fall dangerously sick and require emergency treatment.

The 2015 data released by MSF further reveal that 23 Syrian health staff were killed and 58 wounded, and 63 MSF-supported hospitals and clinics were bombed or shelled on 94 separate occasions, destroying 12 facilities.

So far this year there have been seven further strikes on six MSF-supported medical facilities.

Read the testimony of an MSF-supported medic in Idlib governorate

MSF
The MSF-supported hospital in Ma’arat Al Numan before it was attacked and destroyed on Monday 15th Feb 2016.

In 2015, the already brutal conflict escalated, with Russia supporting the Syrian government and the UK and France joining the US-led coalition’s air campaign.

With these countries joining the conflict, four permanent members of the UN Security Council are now actively involved in the war in Syria.

“Permanent members of the UN Security Council, four of whom are actively involved in the war in Syria, must answer for their failure to uphold their own resolutions, and must ensure the horror of 2015 is not repeated,” said Dr. Liu.