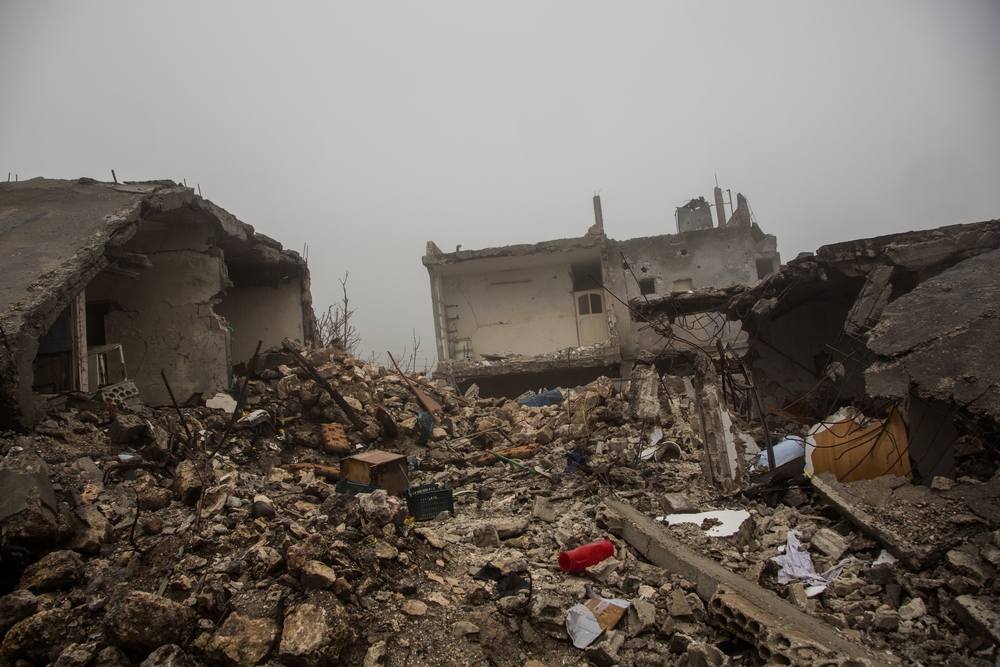 Syria: Main hospital in Aleppo stops activities after being targeted

Al Sakhour hospital provided life-saving operations to around 400,000 people. One of the main hospitals in Aleppo has suspended all of its activities after recent attacks in the Syrian city.

Renewed shelling and airstrikes in the last two months are affecting residential areas and medical services have been seriously damaged.

Médecins Sans Frontières/Doctors Without Borders (MSF) has confirmed reports saying that two medical facilities and an ambulance have been the target of rockets and barrel bombs in the last two weeks alone.

Bombed at least twice on consecutive days last week, the al Sakhour hospital is one of the two existing hospitals in the area and provided critical life-saving operations to an estimated population of around 400,000 people.

In March alone, the hospital admitted 2,444 patients and performed more than 300 trauma surgeries. All activities, including those related to trauma and surgery, have now been stopped. It is unclear when or if the hospital will be operative again as its staff are currently evaluating the serious damage inflicted to several areas in the building.

MSF will try to help as much as possible once the assessment of the needs is completed and the hospital management has determined that is indeed possible to reopen its wards.

In June 2014 this facility already had to close for several weeks due to the extensive damage to its structure after being targeted by strikes.

The hospital hasn't been the only facility affected: another medical centre was also targeted and all of its activities have been suspended since 17 April.

By the end of 2013 massive aerial bombing started in Aleppo city. Residential areas, markets, bus stations, schools and medical facilities have been targeted since then by airstrikes and barrel bombings.

MSF fears that the clear escalation of the fighting in Aleppo and Idlib governorate will also lead to an increase in civilian casualties and damage to residential areas with hospitals and medical centres being targeted so as to increase the suffering of the population.

MSF operates six medical facilities inside Syria and directly supports more than 100 clinics, health posts and field hospitals. MSF is also working with patients from Syria who have fled to Jordan, Lebanon and Iraq.