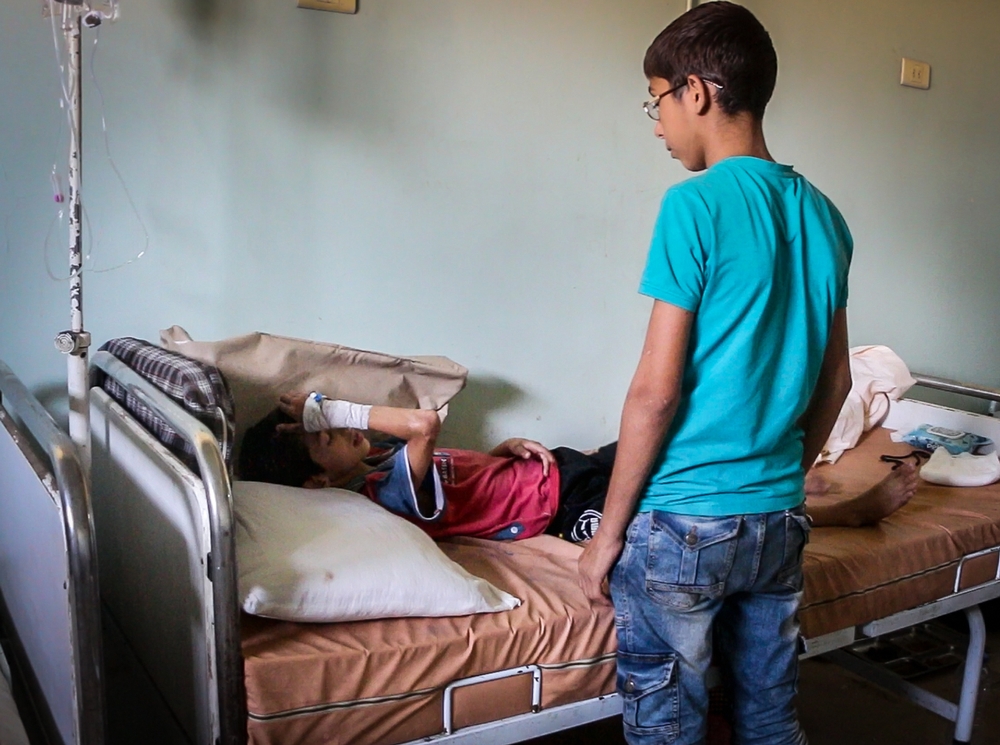 It was just after lunch on a day in late September. Nine-year-old Abdul Hadi was playing in front of his house in east Aleppo when a barrel bomb fell from the sky.

Abdul Hadi was knocked unconscious and sustained injuries to his head. Days later, Syrian and Russian forces would step up their bombing campaign on the besieged part of the city.

In hospital, Abdel Hadi was put straight on a ventilator. “He was almost dead by the time we reached the hospital but, thanks be to God, he made it,” says Abdul Hadi’s mother.

Side affects of no specialist care

But when he regained consciousness, he had lost his memory. “His mind has gone blank and he can’t feel anything,” says his mother. He can no longer feed himself, so his mother feeds him with a syringe.

The damage to Abdul Hadi’s skull has also brought on convulsions, but a brain scan is out of the question, as there is no such equipment in besieged east Aleppo. 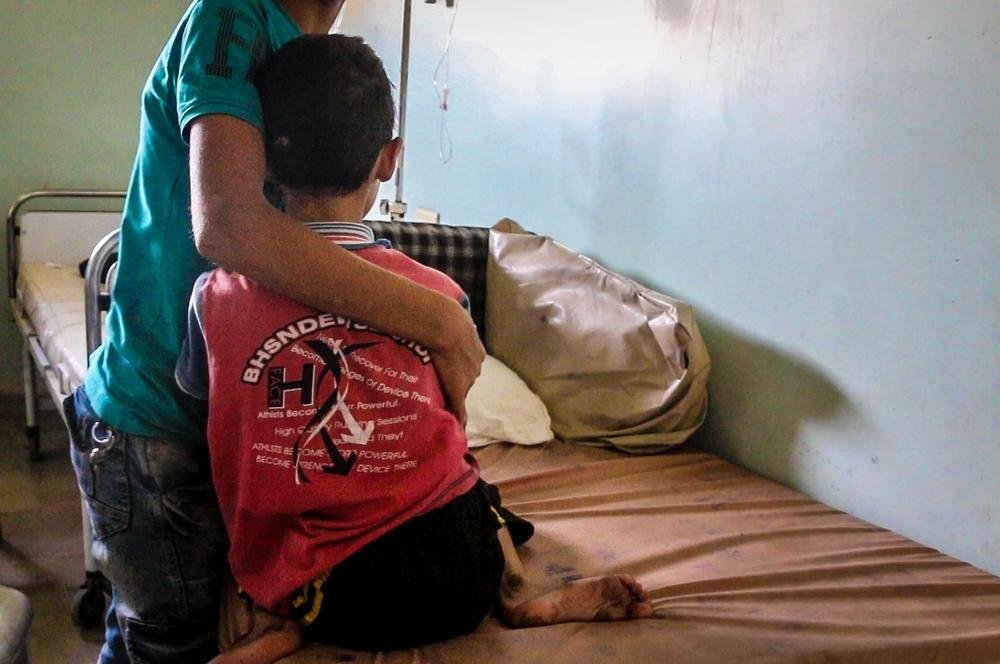 Under siege and bombardment

Before the siege was imposed last July, patients needing specialised treatment were referred to hospitals elsewhere in northern Syria or else over the border to Turkey.

But for most of the past four months, all roads out of the city have been blocked. Since the aerial bombardment was stepped up, at least 2,209 people have been wounded, including at least 468 children.

The severity of many people’s injuries makes the lack of specialist equipment all the more desperate. 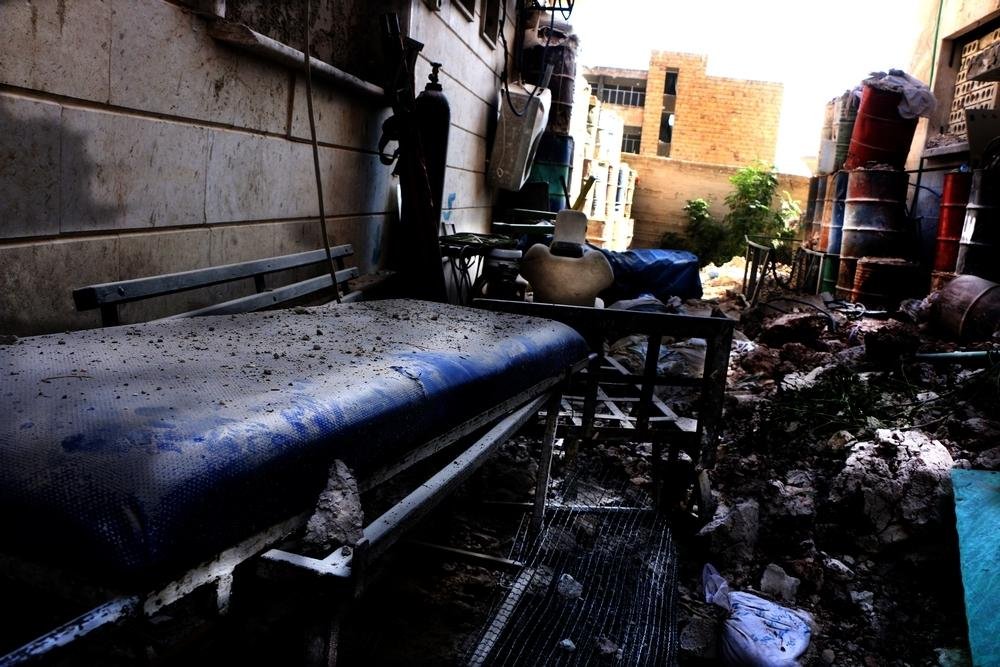 Equally devastating is the shortage of specialist medical staff – out of the 35 doctors left in east Aleppo, only seven are surgeons with the skills to operate on the wounded.

“We are under heavy bombing in east Aleppo, and we receive many patients with neurological and vascular injuries,” says Abu Yazan.

“They need to be transferred out of Aleppo because there are no specialised doctors to treat them here.”  Medical supplies and drugs to treat some conditions are also running out.

“We don’t have any medicines for neurological disorders,” says Abu Yazan, while stocks of drugs to treat cancer, tuberculosis and hepatitis are all finished.

A fuel shortage as a result of the blockade is compounding the difficulties for medical staff in east Aleppo’s seven still-functioning hospitals.

To conserve fuel, generators now run for just four hours a day, and Abu Yazan says that some equipment, such as oxygen generators, is now out of action as a result.

“We are suffering a lot from the shortages,” says Abu Yazan. “There are so many critical patients who need to be transferred out of east Aleppo, but there’s no route out of the city, and we are suffering so much.”