As the conflict enters its fifth year, Médecins Sans Frontières / Doctors Without Borders (MSF) is supporting a network of more than 100 clinics, heath posts and field hospitals and bringing vital healthcare to a population severely affected by years of brutal conflict.

The second of three interviews with Syrian medical staff; explaining how vital emergency healthcare reaches people in spite of the huge challenges that entrenched and bloody conflict brings.

Dr. Hassan Hamsho, Director of the Anadan hospital near Aleppo

Dr. Hassan Hamsho explains how they manage to provide medical care in this rebel-held area. MSF supports Anadan hospital with donations of drugs and medical material.

"The town and hospital of Anadan are 13 kilometers northwest of Aleppo, between three frontlines.

Insecurity is the main problem in Aleppo and Anadan.

The second problem is economic. Previously, hundreds of factories in Aleppo provided lots of jobs. There were civil servants and merchants. Today, unemployment stands at 90 percent.

People can no longer do the things they used to do when the situation was normal.

The dangers of accessing medical care

At the outset, we didn’t need to provide specialised medical care. We just treated the wounded in field hospitals because they would be arrested if they went to public hospitals.

Anadan’s residents went to the government-held areas to seek treatment for typical medical problems, but that became impossible. For them, an ophthalmologist or another specialist is just as important as a general surgeon.

Now the region is completely isolated and it takes five or six hours to get to Aleppo. You have to make a huge detour to avoid the government-held areas and it’s very dangerous. 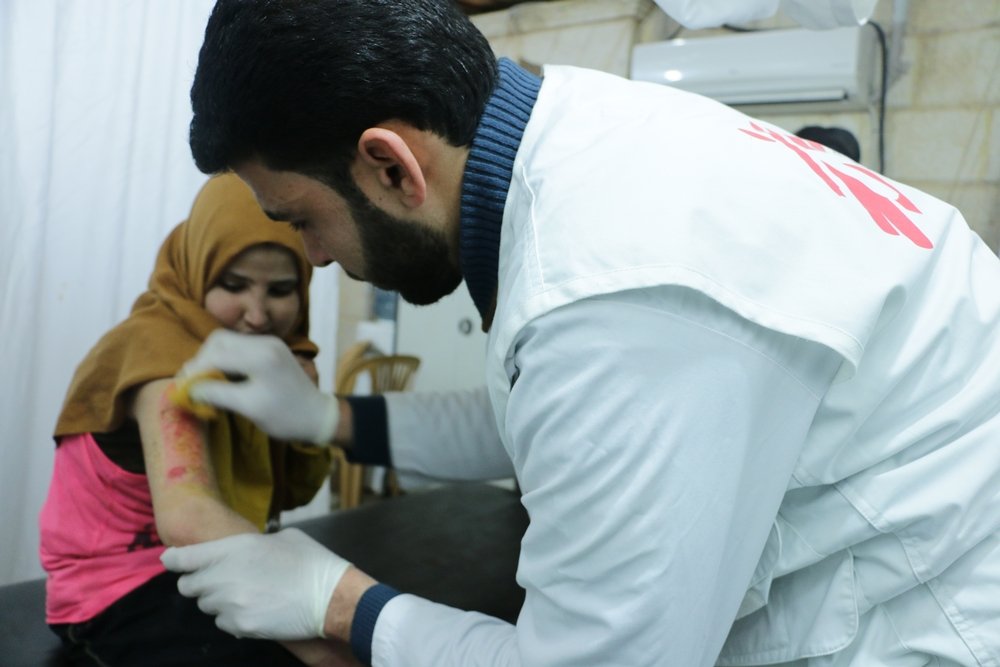 I began doing this medical work after I spent 74 days in the prison operated by the Air Force intelligence directorate. I had been arrested on August 21, 2011 and accused of having coordinated demonstrations.

After that, I understood that things were not going to go well.

Several of us set up a field hospital in a private house with an operating room and an emergency room.

When the army entered Anadan on April 5, 2012, they burned the hospital. We opened another one, which was bombed, and then we set up outside the town for two months.

Finally, on January 2, 2013, we opened a hospital with three operating rooms, two emergency rooms, and two 11-bed hospitalisation rooms in an unfinished house.

With a radio, lab, pharmacy, and four three-bed rooms for post-operative care, we can meet many medical needs. But it’s not like we have a normal heating system. We have just a few kerosene heaters.

Collecting the wounded in cars

Emergency cases can be transferred to Turkey, but not those that involve an uncomplicated cardiac problem.

There are medical posts close to the front lines. Cars and ambulances are sent out to pick up the wounded. We have two cars at our hospital."